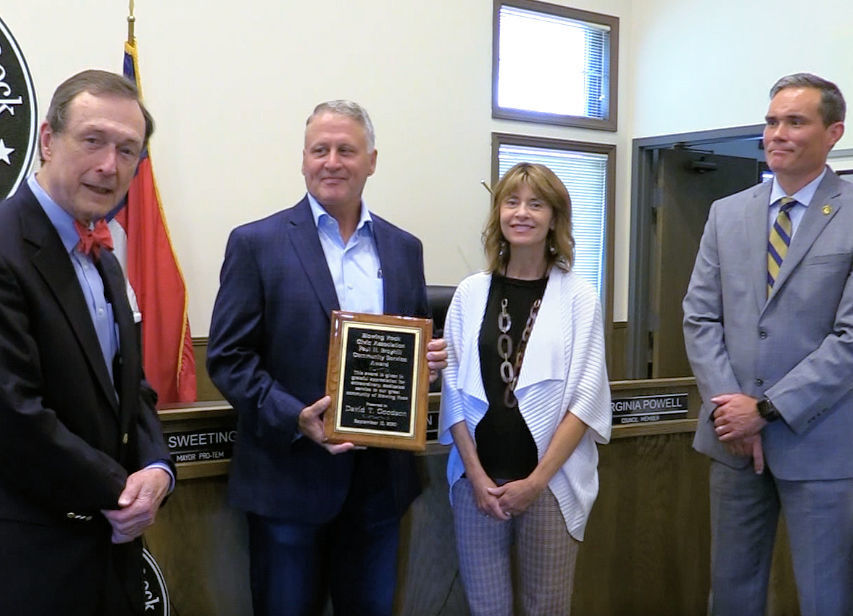 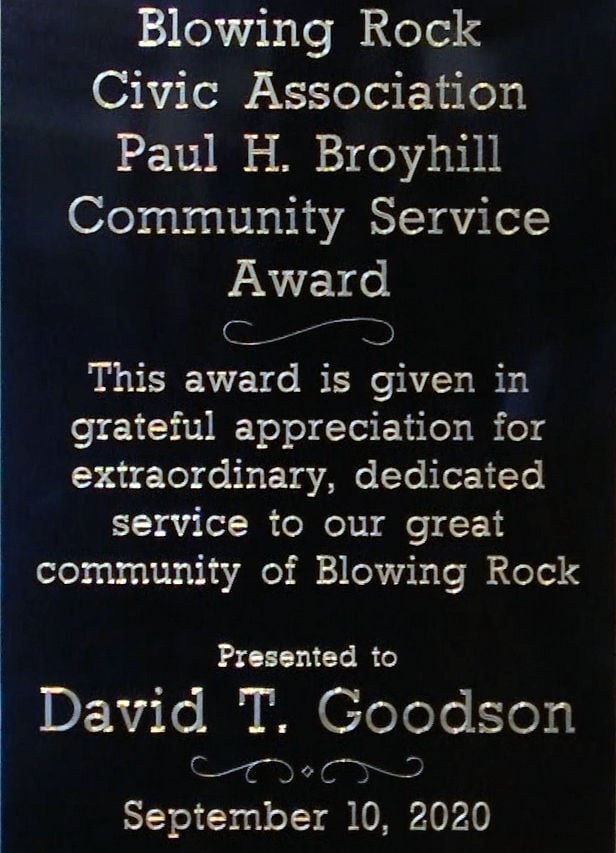 On Sept. 10, Blowing Rock Civic Association member David T. Goodson was honored at a virtual awards ceremony for becoming the first recipient of The Paul H. Broyhill Award. The award was bestowed upon Goodson for helping resolve the issues he saw with the newly completed Valley Boulevard, which passes through Blowing Rock.

The Paul H. Broyhill Award was recently established to recognize community members whose work enhances the lives of Blowing Rock citizens, and will be featured annually at the membership meeting of the Blowing Rock Civic Association.

Goodson, who owns Goodson and Associates, a Wake Forest business dealing with horticulture, took town manager Shane Fox aside one afternoon to share his concerns over trees and shrubberies that seemed to be in distress along the roadway.

“After a full review by Mr. Goodson, we looked at what had been proposed and agreed upon, leading to several meetings with the contractors and in-house staff,” said Fox.

“The result is what you see today. We have the beautiful US 321 coming into Blowing Rock, and it’s a wonderful asset to the town as some 8,000 cars per day pass through,” Fox said.

“We’re very appreciative of David and what he’s done for the town.”

The award is named after High Country philanthropist Paul H. Broyhill, whose family has made several contributions to regional causes, which include donations to the Appalachian Regional Healthcare System, Appalachian State University and the Blowing Rock First Baptist Church.

To find out more about the Blowing Rock Civic Association, visit https://www.brcivic.org/.