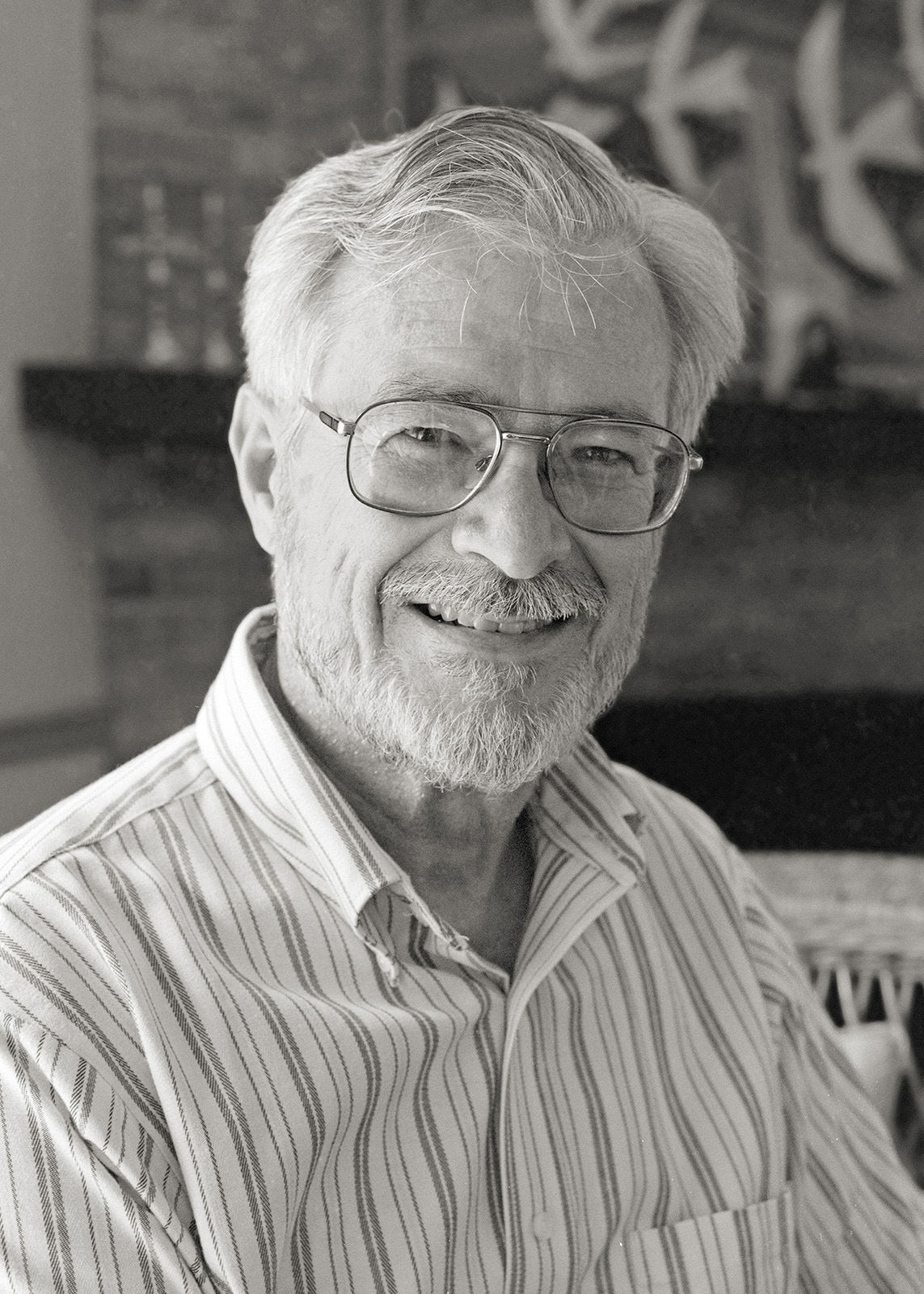 Artist and educator Warren C. Dennis, who in 1965 moved to Boone and became a transformative force for the Appalachian State University Department of Art. Soon, a string of events will honor the late artist’s legacy. 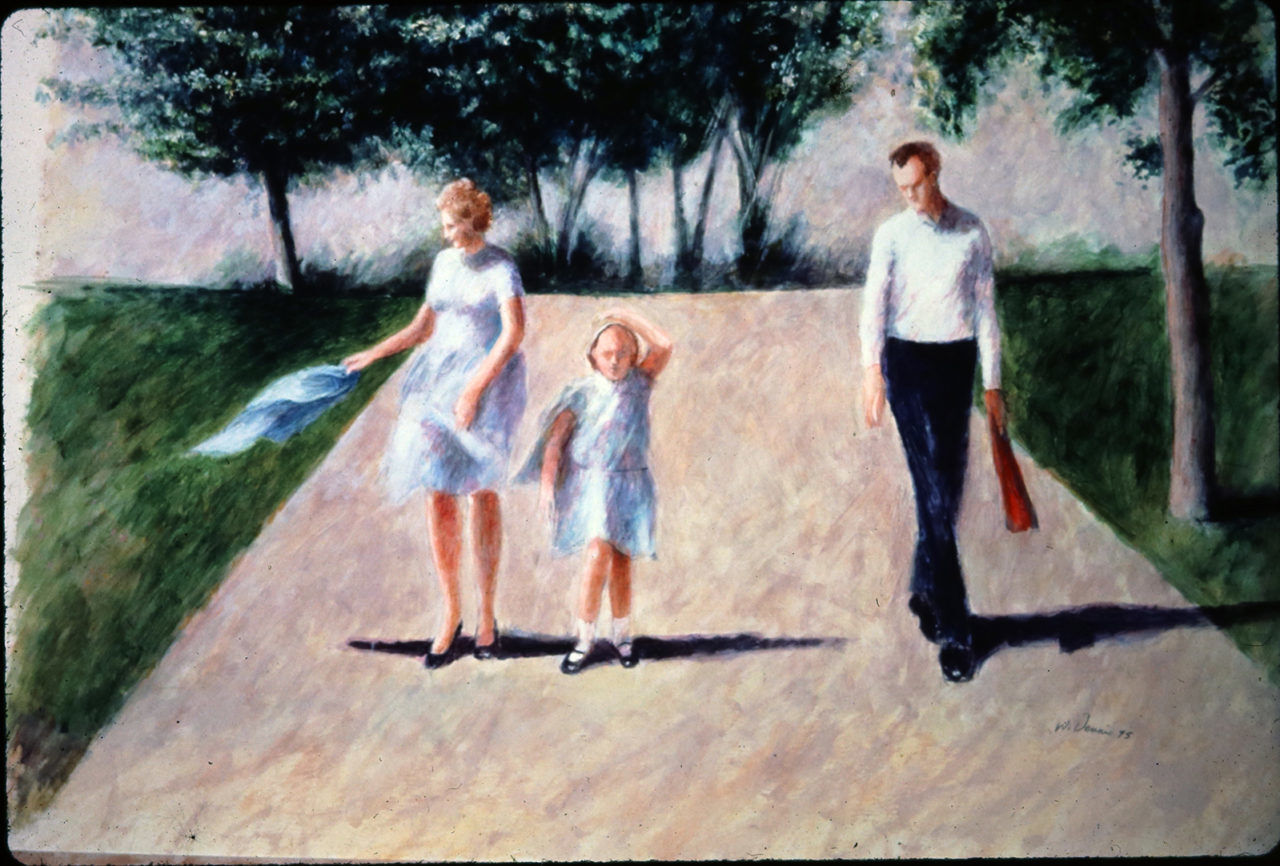 ‘The Vacation,’ just one of many paintings by Warren C. Dennis Jr. 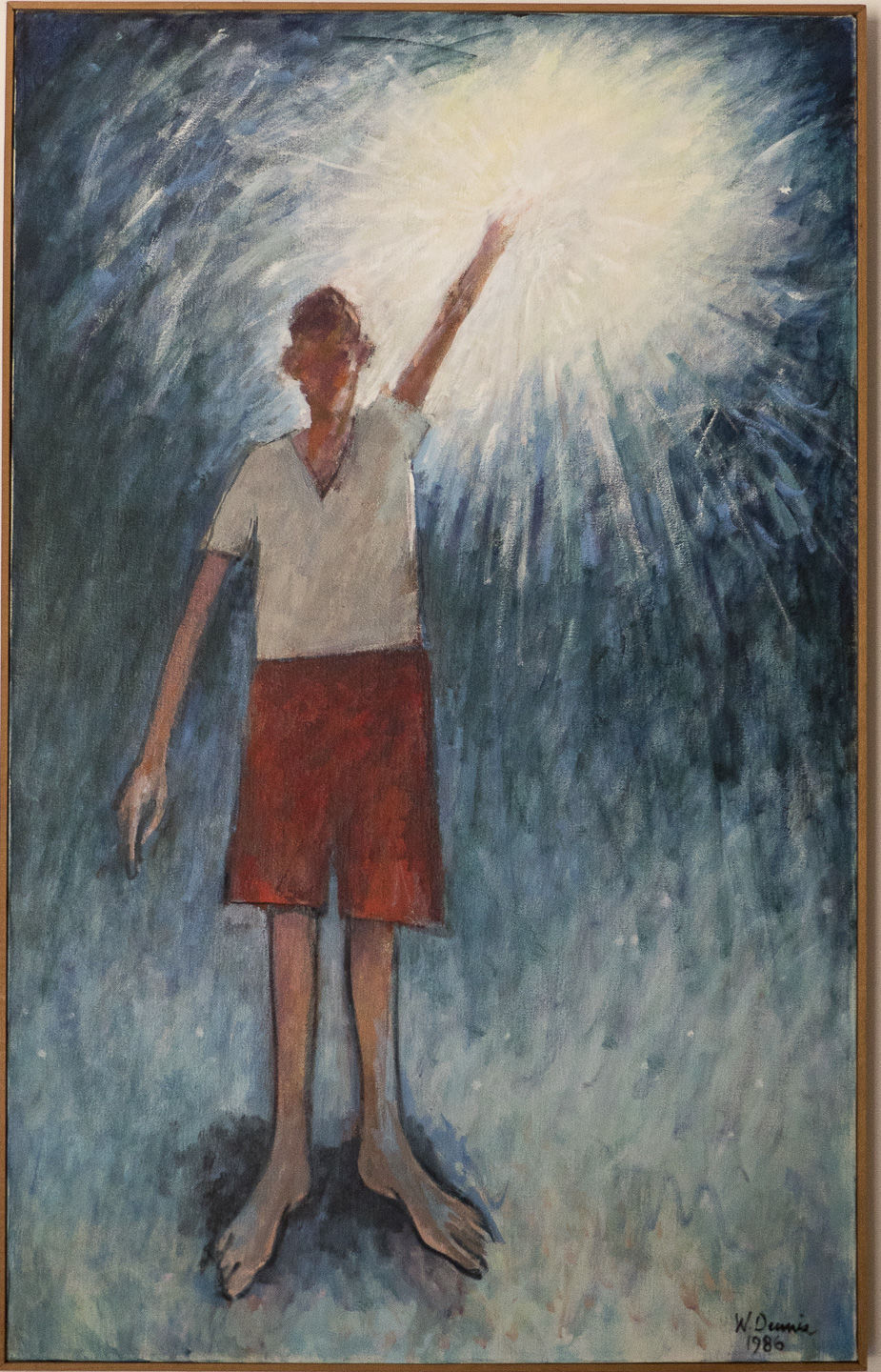 ‘Boy with Sparkler’ is just one of hundreds of works created by Warren C. Dennis Jr. in his lifetime.

Artist and educator Warren C. Dennis, who in 1965 moved to Boone and became a transformative force for the Appalachian State University Department of Art. Soon, a string of events will honor the late artist’s legacy.

‘The Vacation,’ just one of many paintings by Warren C. Dennis Jr.

‘Boy with Sparkler’ is just one of hundreds of works created by Warren C. Dennis Jr. in his lifetime.

Through the years, Warren C. Dennis Jr. has been described as a passionate, humorous and caring artist by his friends and colleagues. Now, a string of events, including a exhibition at Appalachian State’s Turchin Center for the Visual Arts, will honor the late High County art instructor who touched the lives of many of those around him.

Dennis, who retired from Appalachian State in 1993 following 28 years in the university’s art department, passed way on April 13. “Father, Grandfather, Artist: A Tribute to Warren Dennis,” an exhibition showcasing Dennis’ work is set to debut at the Turchin Center’s Moskowitz gallery on Friday July 2 at 6 p.m. The exhibition will be comprised of paintings from the personal collections of family members, who will be in attendance during the exhibition’s debut.

“Well what’s really nice is that the board of the Turchin Center reached out to us just a few days after dad died. So, they were anxious to be able to make an exhibition available. It became obvious to us that we couldn’t do a memorial service for our father without being able to show his art,” said Martha Dennis, the daughter of Warren Dennis. “We were trying to decide what we were going to exhibit. So, we decided that each of the four children and six grandchildren would pick a piece from our home and write a paragraph as to why we selected it.”

The Turchin Center will also be hosting a receiving of friends in honor of Dennis on July 3, from 11 a.m.-noon.

Likewise, Banner Elk’s Carlton Gallery, owned by one of Dennis’ former students and longtime art exhibitors Toni Carlton is planning a reception on July 3 from 2-4 p.m., with remarks from the family planned at 3 p.m. that day.

According to Carlton, Dennis’ work was some of the first art she began carrying when she opened her gallery in the early 1980s. She described Dennis as a naturally funny individual who’s wit and humor carried over into his work.

“He was funny, his painting had such a humor to them. He would take a common scene, like a couple of people sitting on a bench and just the way he would maybe turn the look of the guy, there would be some spot of humor in it that you would see and it would make you laugh,” said Carlton. “He had the greatest sense of humor and such a passion to create art.”

The Carlton Gallery is currently hosting a Spring Group Exhibition called “May Your Soul Blossom with the Beauty of Art,” which features a memorial collection of oil paintings by Dennis. The exhibition will be on display until July 15.

Another former student of Dennis’, Clark Whittington of the Art-O-Mat — a company that transforms retired cigarette vending machines into art dispensaries — likened his late professor to someone who was more than just a teacher, but a friend.

“He was pretty much a mentor. He was patient and had a lot of knowledge, he was just a likable guy. And he was approachable in regards to teacher-student relationships so it wasn’t a situation where you just dreaded going to class,” said Whittington. “He was easy to connect with. There were some other teachers up there that were equally engaged, but you know, he was a good one.”

Like Carlton, Whittington recalls Dennis’ sense of humor which often times seeped into his teaching methods.

“One thing we all kind of experienced in his class that was pretty funny is that as he was walking around, looking at what you’re doing, sometimes he would just kind of stare over your shoulder and wanting to get his point across without being to heavy he would just inhale and ex-hale and just walk away. So you knew you had to step it up a little bit,” said Whittington. “Then of course later he would come back and offer some practical advice.”

Being a conceptual artist coming about in the era of punk rock, Whittington explained how Dennis’ teaching style helped spark an appreciation for more traditional works of art such as those produced by the Hudson River School of Art.

“There’s a lot of things that I appreciate now because of Warren Dennis, a lot of the American master painters such as Thomas Moran, and all the Hudson River guys. When you’re young, you think ‘oh that’s traditional, that’s lame’ but he put a personality behind all of these people and shared the backstory so it made sense.”

Whittington noted that he believes the upcoming exhibition at the Turchin center is well deserved and that he hopes that people make note of Dennis’ work.

Looking towards the future, friends and family of Dennis are confident that his legacy will endure and are hopeful that in the years to come his work will reach a much broader audience.

“I think his art will carry his legacy always. There’s such a large body of his work that he’s left all of us to appreciate and remember him,” said Carlton.

“We hope that overtime that all of the students, and people that he touched in his life will sing his praises,” said Martha Dennis. “That overtime his work will get distributed more widely and it’ll be recognized for the amazing quality that it holds.”