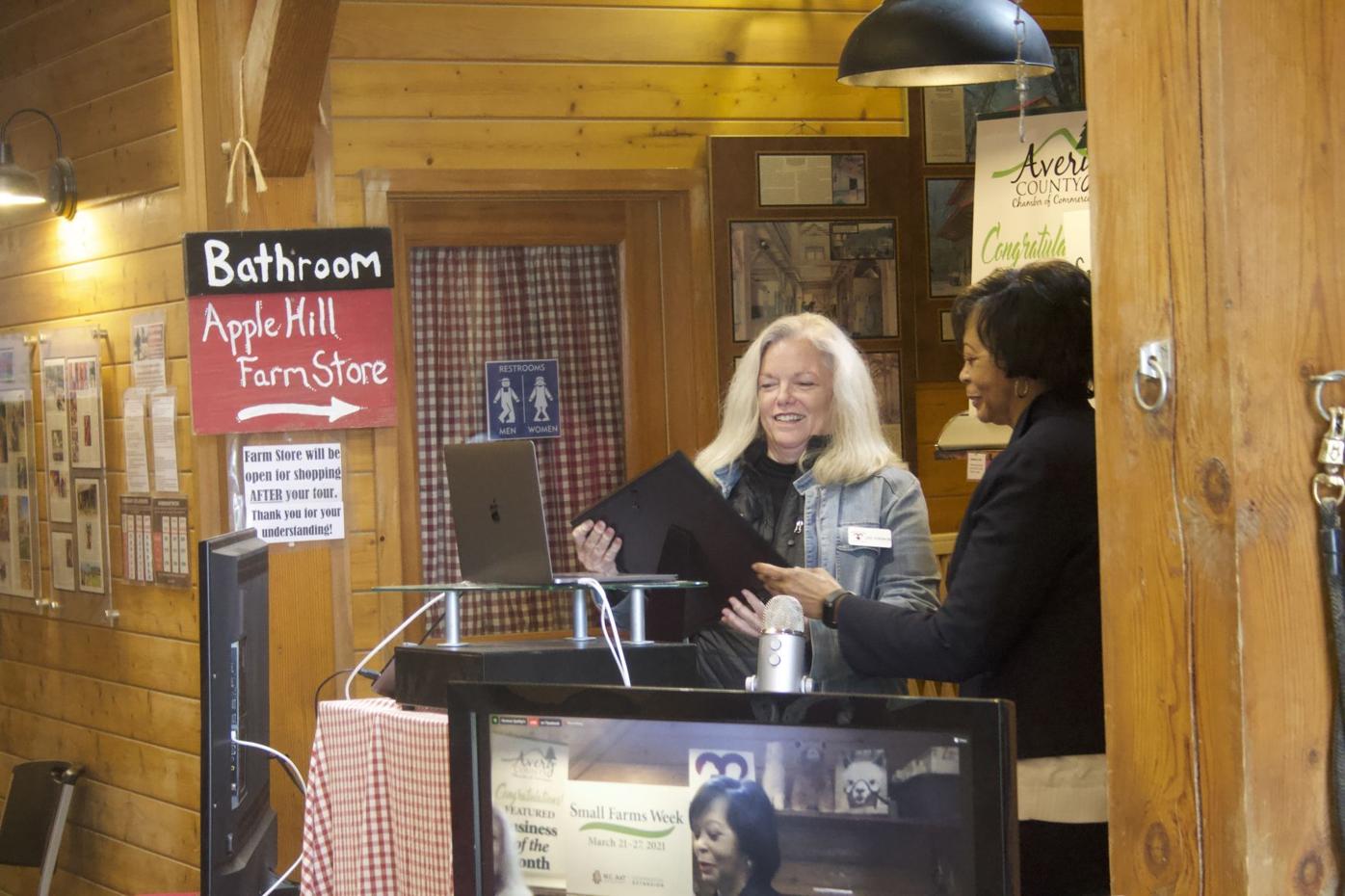 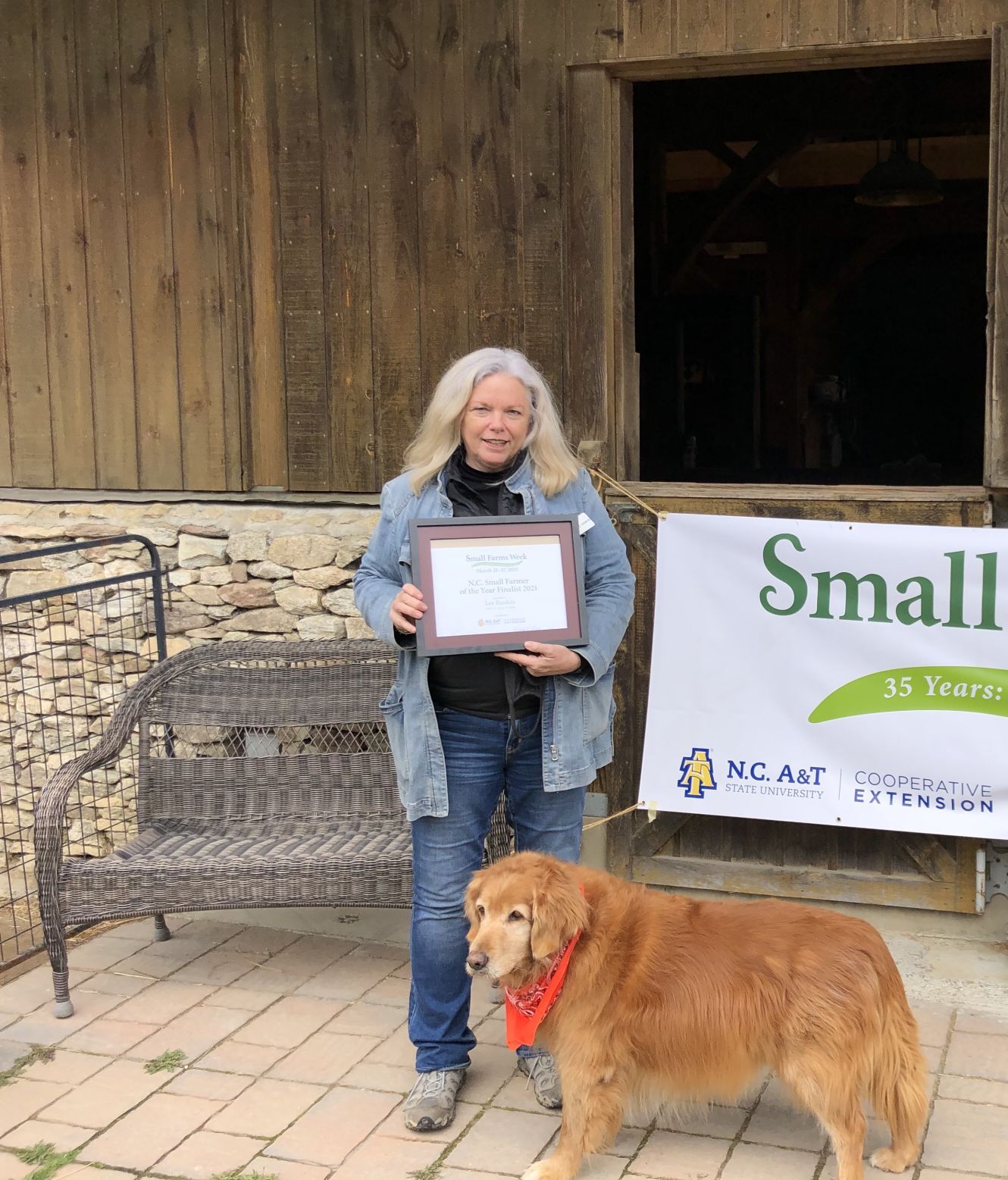 Lee Rankin, along side her dog Casper, holds up her NC Small Farmer of the Year finalist award. 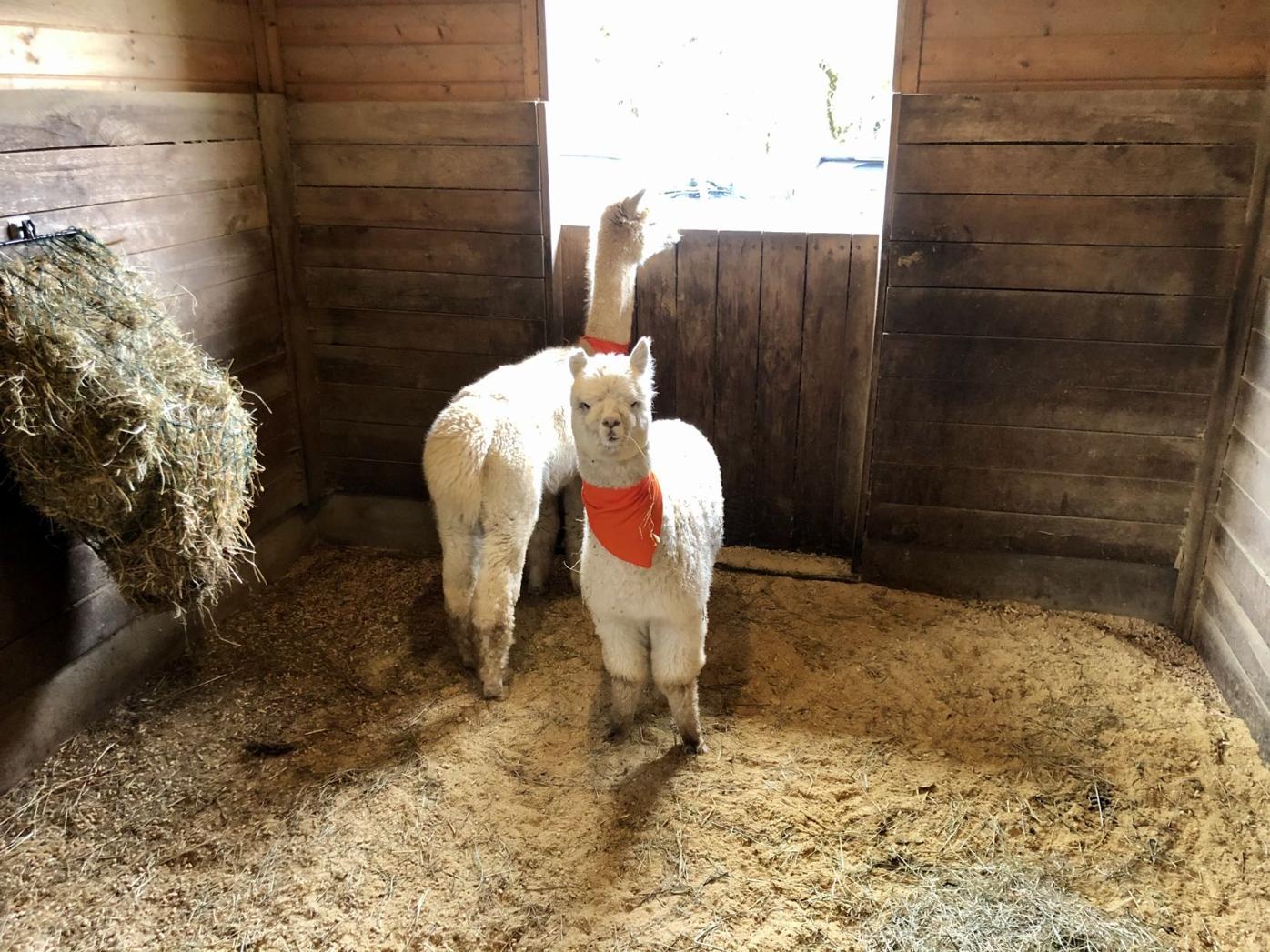 Two alpacas hang out in Apple Hill Farm’s barn during the NC Small Farmer of the Year virtual ceremony. 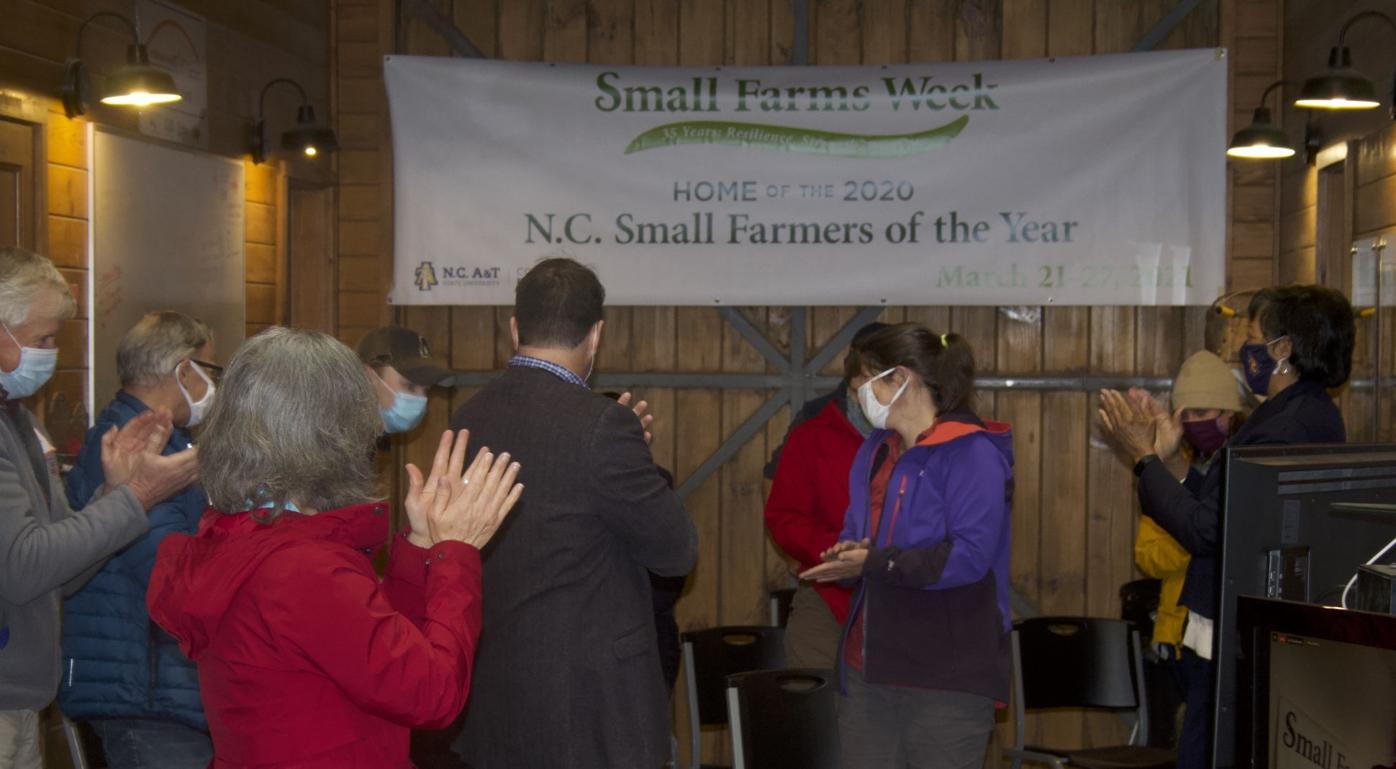 Lee Rankin, along side her dog Casper, holds up her NC Small Farmer of the Year finalist award.

Two alpacas hang out in Apple Hill Farm’s barn during the NC Small Farmer of the Year virtual ceremony.

NORTH CAROLINA — On Wednesday, March 24, the North Carolina Agricultural and Technical State University’s Cooperative Extension announced the winner of the 2021 Small Farmer of the Year Award. Lee Rankin of Apple Hill Farm was named as the runner-up finalist.

The event took place during the 35th annual Small Farms Week, after the Cooperative Extension had whittled the selection down to just two finalists from across the state. The two finalists represented in this year’s ceremony were Rankin, whose Apple Hill Farm lies in Watauga County and Mike Jones of MAE Farms located in Franklin County. This year’s ceremony was broadcast via livestream, with each finalist watching from their respective county.

During the virtual ceremony, Jones — whose farm specializes in products such as grass-fed beef, free-roam pork, cheese and dairy products — was announced as the 2021 Small Farmer of the Year by NC A&T’s Cooperative Extension.

The award recognizes a small farmer in North Carolina that is regarded as an innovator in livestock or crop production, marketing, a contributor of time or resources towards community growth, a steward of the environment, or runs their farm in a wise, entrepreneurial manner.

Though she was not selected as farmer of the year, Rankin remarked that she was honored to have been named a finalist.

Situated atop Valle Mountain just outside Banner Elk, Apple Hill Farm specializes in raising alpacas and angora goats — whose fleece is used to create products such as yarn, socks, gloves and scarves. The farm also has a strong focus on agritourism, providing visitors with an insight to the farming industry through guided tours.

Looking toward the future, Rankin noted that Apple Hill Farm has no plans in slowing down anytime soon, and hopes to continue to expand its business while continuing to share its farming knowledge with visitors.

“We’re planning to do what we have always done and do it better and add new things,” Rankin said. “We’re still growing, changing and adding to what we do.”

One upcoming addition to Apple Hill Farm includes the sale of compost and yarn through the High Country Food Hub, a local food co-op operated by the Blue Ridge Women in Agriculture that promotes community based farmers and local businesses.