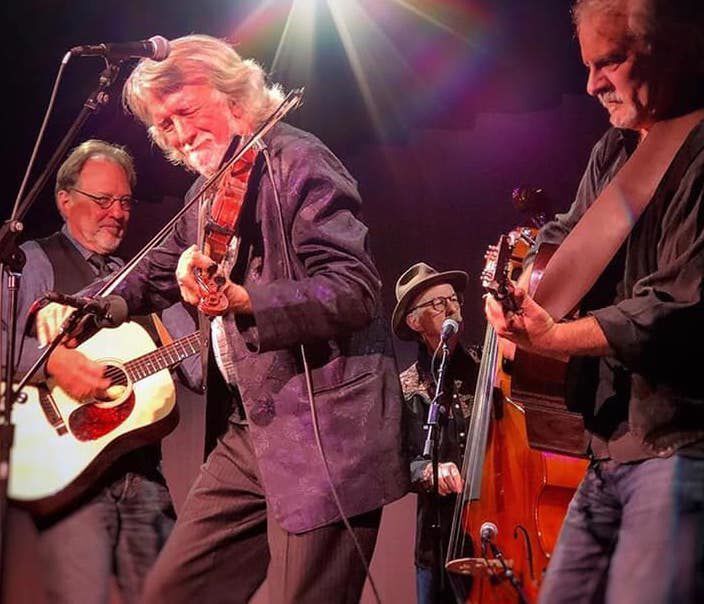 “String Wizards” are friends and fellow musicians who McEuen highly reveres for their almost magical skills on their respective instruments. 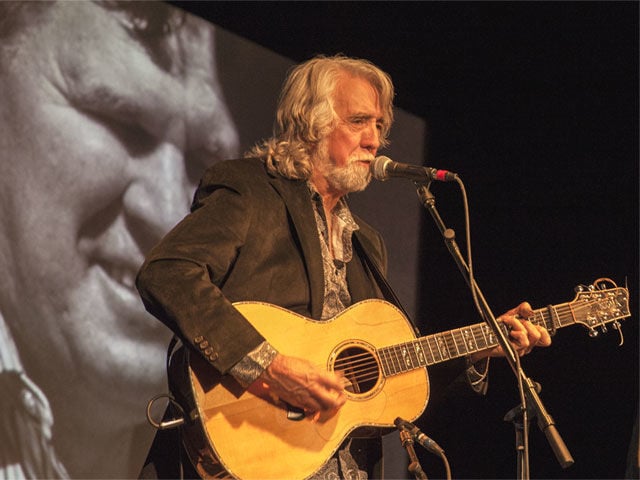 Folk musician John McEuen is returning to Boone on Oct. 14. 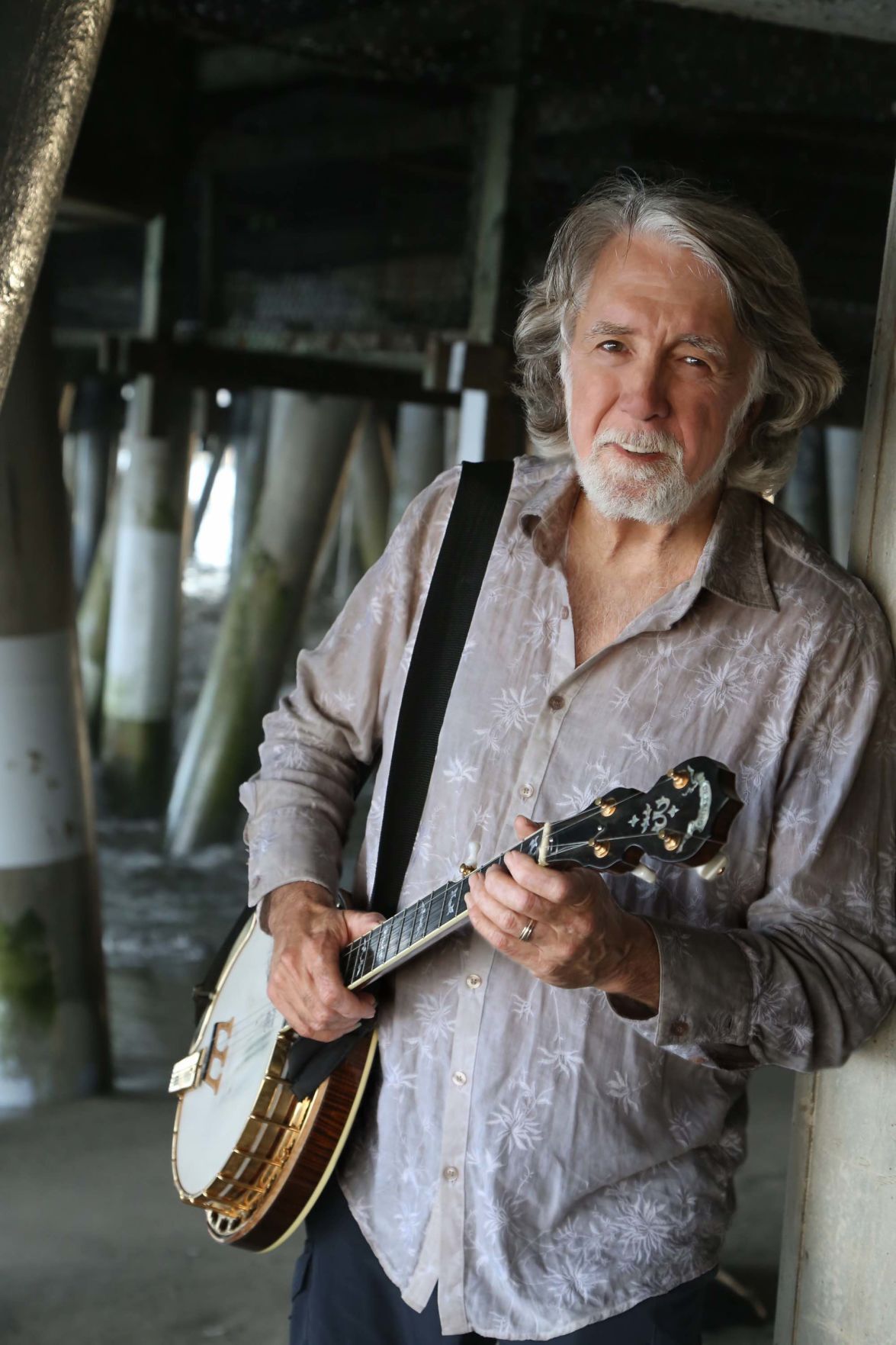 John McEuen was a founding member of the Nitty Gritty Dirt Band.

“String Wizards” are friends and fellow musicians who McEuen highly reveres for their almost magical skills on their respective instruments.

Folk musician John McEuen is returning to Boone on Oct. 14.

John McEuen was a founding member of the Nitty Gritty Dirt Band.

BOONE — Exactly two years after his sold-out performance for the grand opening of the Appalachian Theatre of the High Country, folk musician John McEuen is returning to Boone on Oct. 14 to perform alongside his “String Wizards” Matt Cartsonis, Les Thompson, John Cable, Jack Lawrence and T. Michael Coleman.

This in-person concert will be presented on ATHC’s Doc Watson Stage for Americana Music, named for the regional icon and McEuen’s inspiration for this program. In anticipation for this event, McEuen was generous enough to provide some exclusive insights to his career and vision for this upcoming performance made possible through the support of Mast General Store.

McEuen was a founding member of the Nitty Gritty Dirt Band. This California-native group brought forth a new era in folk music, collaborating with timeless legends such as Earl Scruggs, Merle Travis, Vassar Clements, Mother Maybelle Carter, and Doc Watson. This performance in particular will be showcasing the critically-acclaimed album featuring all of the above and more; “Will the Circle Be Unbroken.” This three-sided album from 1972 has been critically hailed as a national treasure, swiftly earning a place in the Library of Congress, as well as several other accolades.

“With ‘Will the Circle Be Unbroken,’ we brought in three generations, with the Dirt band being kind of the young middle. Earl, Maybelle, Jimmy Martin, Merle Travis, and Vassar, they were the old guard,” McEuen said. He went on to fondly recall how the famed album came together, asking Folk icons across the states to join in on the band’s opus back in the early 1970s.

Over a half-century later, McEuen is still actively crafting stories with his instruments and voice. Just last year, he released “The Dogs Are In The Woods,” a poem that went unfinished by the late, great, Johnny Cash. “The Nashville Sessions” was released earlier in 2021, and features artists such as Leon Russell and Martha Redbone. In addition, McEuen hosts a radio show on Sirius XM’s “The Bridge” and is working on crafting an audiobook for his upcoming memoir, “The Life I’ve Picked.”

“I have to say, I’ve been very fortunate. In these times, with everybody apart a lot, it’s really good to come together,” McEuen said in reflection on his life and career, which is by no means over. A spoken word album is in the works, sharing traditional folk tales as well as meaningful moments from McEuen’s life.

“Retired,” McEuen said when asked about his future plans, “That’s something you do to a truck; you get new tires for it. No, I don’t envision retiring. I’m having too much fun!” He then went on to fondly recall his early days of working as a teenager at Disneyland alongside fellow banjo- enthusiast Steve Martin, who is only four months McEuen’s senior in age having just turned 76.

During his 2019 ATHC debut performance in Boone, McEuen commended the App Theatre on their renovations and auditorium, especially their acoustics. “You can hear what you’re playing onstage and in the audience. There’s no need for so many monitors as with some places. It’s a good, live room.”

Joining McEuen onstage are his “String Wizards,” friends and fellow musicians who McEuen highly reveres for their almost magical skills on their respective instruments. McEuen himself plays the mandolin, banjo, guitar, and the fiddle. Jack Lawrence has been hailed as a “flat-picking powerhouse” on the guitar. Lawrence is also a North Carolina-native and has a rich history performing alongside Doc Watson. Another musician who worked alongside Doc Watson is T. Michael Coleman, a bassist, Appalachian State University alumnus and inductee into the Blue Ridge Music Hall of Fame. Other “wizards” appearing in Boone on October 14 are Matt Cartsonis, Les Thompson and John Cable, all former members of the Nitty Gritty Dirt Band.

“I’m very excited about the show,” McEuen said. “It will be some of what people saw last time, and a lot of it will be performed that night only.”

One special aspect of this concert is his use of projections that accompany his songs and stories. Providing visuals alongside his words and lyrics invites audience members to connect even more with his oral storytelling talents. Audience members can also look forward to a sampling from his yet-to-be-released spoken word album.

ATHC invites the general public to this special encore performance of the October 14, 2019 Grand Opening concert of the Appalachian Theatre in what they are dubbing “Grand Opening 2.0.” Tickets for this concert are priced at $35, and may be procured online via www.apptheatre.org.

The Appalachian Theatre is firmly committed to the safety and well-being of its community and particularly its audience members and will continue to follow the guidance of health and governmental officials in the development and implementation of COVID related policies.

For more information on this event, COVID protocols, or to join the theatre’s eblast list, get tickets, or purchase memberships, please visit the ATHC website at www.apptheatre.org.