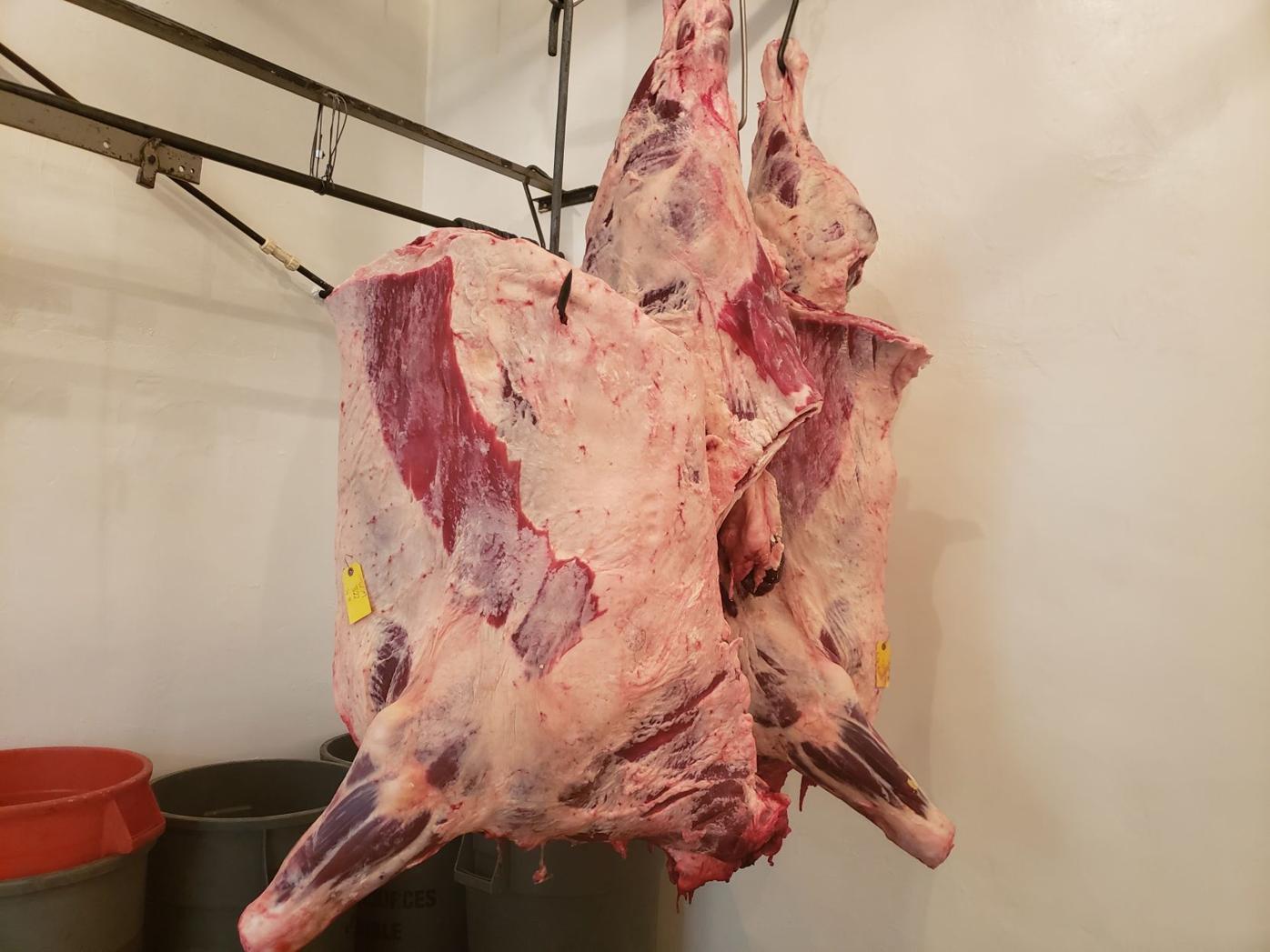 Beef hangs in the freezer of the Watauga Butchery. The butchery can process beef, pork and lamb. 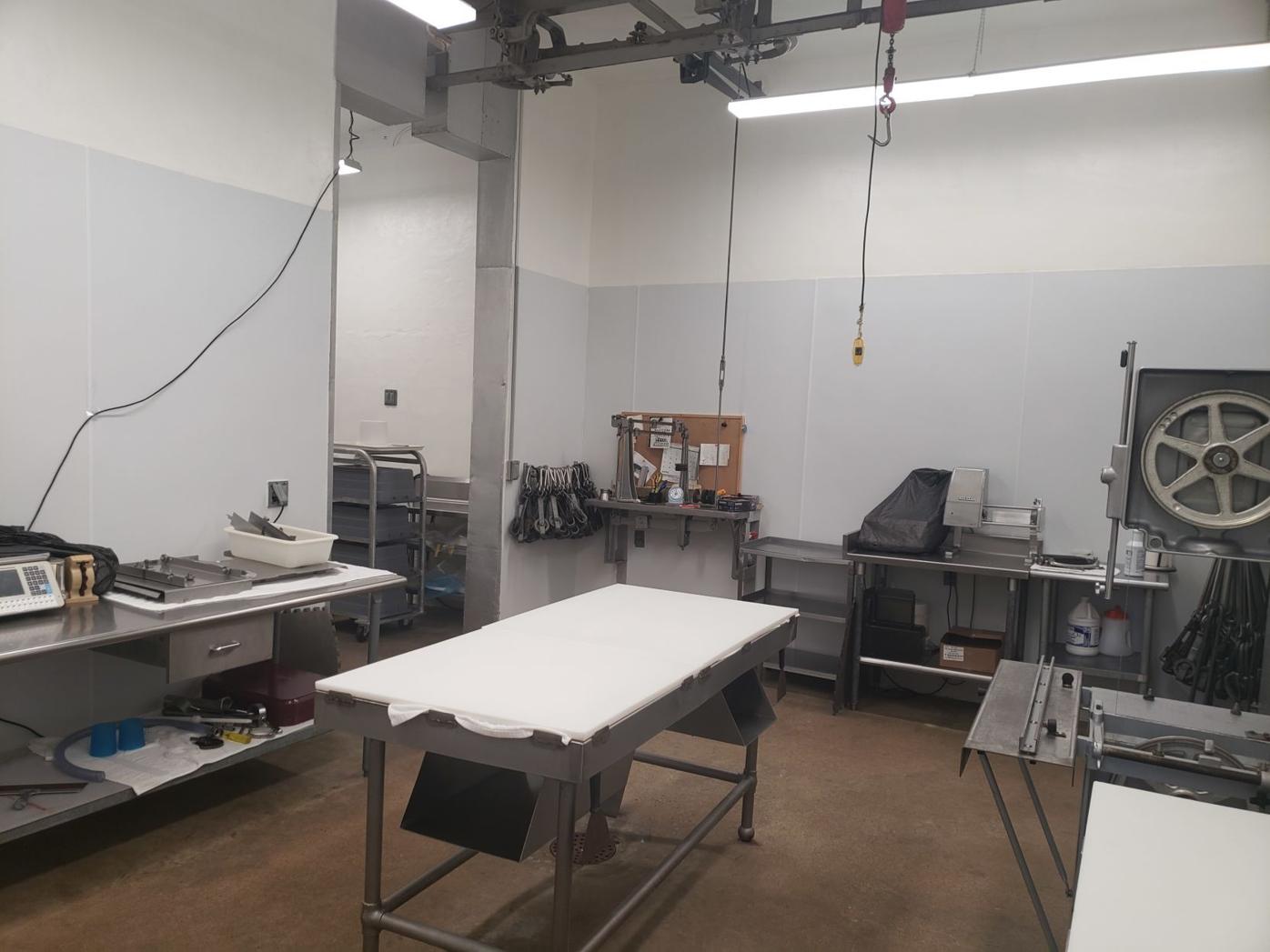 The main processing room of the Watauga Butchery is where the meat is processed by hand. 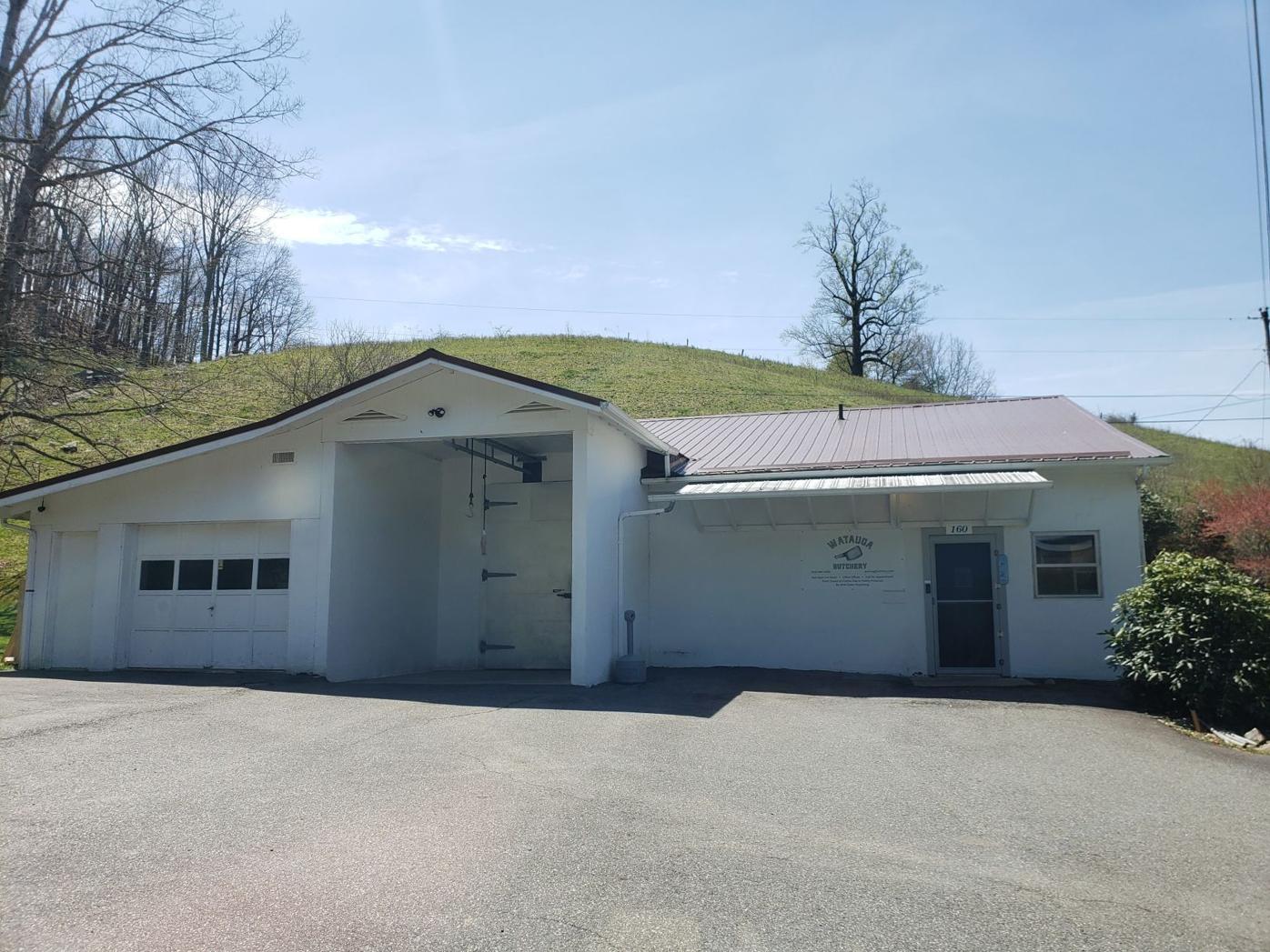 The Watauga Butchery in Vilas is believed to be Watauga County’s first USDA-inspected public plant.

Beef hangs in the freezer of the Watauga Butchery. The butchery can process beef, pork and lamb.

The main processing room of the Watauga Butchery is where the meat is processed by hand.

The Watauga Butchery in Vilas is believed to be Watauga County’s first USDA-inspected public plant.

When the COVID-19 pandemic shut down a meat processing plant in the Midwest in 2020, it caused every farmer to rush to get their livestock processed out of fear.

As the lines got longer, the wait times expanded into months, which only compounded the fact that High Country farmers had to take their livestock over an hour away.

“If a farmer is having to transport, that’s like a full day with the hours going down, getting your animal, however long it takes there and then driving all the way back,” Watauga Butchery business manager Sydney Phillips said. “That’s time away from whatever other job needs to be done.”

The solution to the problem was a processing facility in the High Country, but there had not been one in years, and even then, it was limited in what it could process. That all changed when two families with deep roots in Watauga opened Watauga Butchery in July.

“We’ve never had processing here on a commercial basis, or even on a custom basis,” Bob Shipley, one of the people who helped open the butchery, said. “Everything would have just been local or ‘exempt.’”

The butchery was a collaboration between Shipley Farms and Kenny Cole, owner and operator of Cole Meat Processing, a custom shop processing mostly deer and freezer beef started by his father in 1984.

The term “exempt” was key to the issue. It is legal in North Carolina to process meat with no inspections, so long as the meat is for personal use and not for sale.

Watauga Butchery offers USDA-inspected processing, allowing the meat that comes out of it to be sold commercially in, and out, of North Carolina. Shipley said he believes it is the first USDA-inspected public plant in Watauga County. He noted that Goodnight Brothers in Boone is a USDA-inspected plant, but it only deals with their food and is not open to any farmer to use for processing.

The butchery helps alleviate a problem that the state as a whole has been facing, dwindling plants.

“The small plant that we have here, every county (in N.C.) had at least one or two, several decades ago,” Shipley said. “Right now, my guess is in North Carolina there’s probably less than 15.”

While the plant helps local farmers, it still has its limits. The butchery is exclusive to processing beef, pork and lamb, meaning poultry, venison and other meats have to be taken care of elsewhere.

At the same time, it does not have a “kill floor,” meaning the animal has to arrive already harvested. Watauga County has been working to create a “kill-chill” plant, which will be a meat processing facility with a kill floor.

“The leadership here in the county is exceptionally supportive of agriculture,” Shipley said. “They’re supporting a plan to build a kill floor and modified processing center. That would complement what we’re doing here.”

In the meantime, the Watauga Butchery fills the need that put local farmers in a tight spot. Shipley, who not only helped open it but is also a client, noted he was told in April 2020 that he would have had to wait until September to get his beef processed, which could have put him out of business.

While the butchery has been helping farmers immediately, there is still room to grow, according to Shipley’s son and business partner, Gray Shipley.

Gray Shipley said the first step will be to expand the capacity and range of options, before adding more specific offerings.

“We call it ‘value add’ in the industry, so adding value to the raw product,” Gray Shipley said. “So, smoked meats, jerky and beef sticks, different flavors of sausages, sausage links, forming burger patties, all of those things are things that it was called ‘value add.’ That adds additional value and additional margin for the farmers and producers.”

For more information about Watauga Butchery, visit their website, www.wataugabutchery.com or find them on Facebook at www.facebook.com/wataugabutchery.