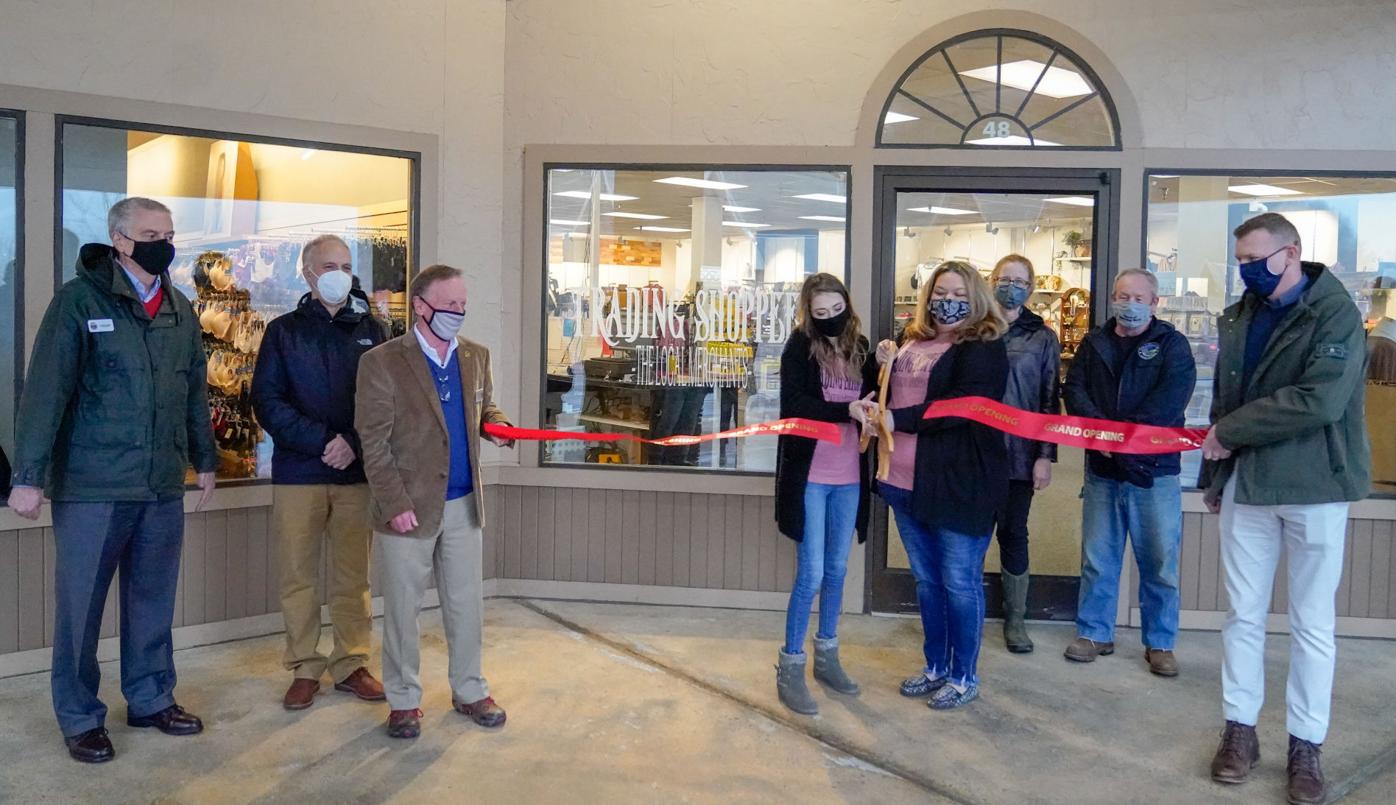 The Trading Shoppees opened on a new location in Blowing Rock with a ribbon cutting on Feb. 15.

The Trading Shoppees opened on a new location in Blowing Rock with a ribbon cutting on Feb. 15.

Adozen members of the Blowing Rock Chamber of Commerce and town officials met at the Tanger Outlet Center on Feb. 15 to greet the Trading Shoppees into the local marketplace with a ribbon cutting.

The grand opening showcased a new concept of retailer for the outlet mall, which historically focused on large, “brand name” manufacturing tenants like Gap, Polo/Ralph Lauren, Sunglass Hut, Banana Republic and OshKosh B’gosh. The Trading Shoppees is multiple, smaller “stores” inside one large store location, and is a venture by partners Megan Muncie Palla and Tabitha Estep.

Estep said that the Blowing Rock store is their fifth location, with earlier established Trading Shoppees stores in Bristol, Abingdon and Tazewell in Virginia, and Jonesborough in Tennessee. She explained that when they were in conversations with another Tanger outlet center, the Blowing Rock managers heard about it and also reached out to them.

“Plus, I went to school at App State,” she added with a smile, suggesting that she was very familiar with Blowing Rock and the High Country market. “This is a great market. We have been treated very well, so far. There are a lot of local artisans in the area, which helps, too.”

In explaining the Trading Shoppees business model, Estep said they charge a percentage commission on every sale in addition to a small rent charge to each vendor.

“This is a very unique venue,” said Blowing Rock Mayor Charlie Sellers after the ribbon cutting. “It allows artisans to display their goods and sell their goods without having their own brick and mortar. We have so many artisans in the High Country that need places to display and sell their wares, so I think this may be a great opportunity for them to consider.”

In an earlier interview with the Tanger Outlets general manager, Ronnie Marks explained that many outlet malls around the nation are exploring different combinations of stores for their shopping centers since their traditional tenants, the large brand manufacturers, are migrating an increasing amount of their sales and distribution to online platforms and away from brick-and-mortar storefronts.

In the case of the Blowing Rock center, Marks said they are looking to feature more local businesses. Village Pharmacy, a unit of Boone Drugs, recently moved to Tanger from its previous location at The Foley Center, and Doc’s Rocks gem mine and its sister attraction, Appalachian Fossil Museum, opened in January after several years at a smaller location at Mystery Hill.

More information about The Trading Shoppees can be found at www.facebook.com/thetradingshoppees.