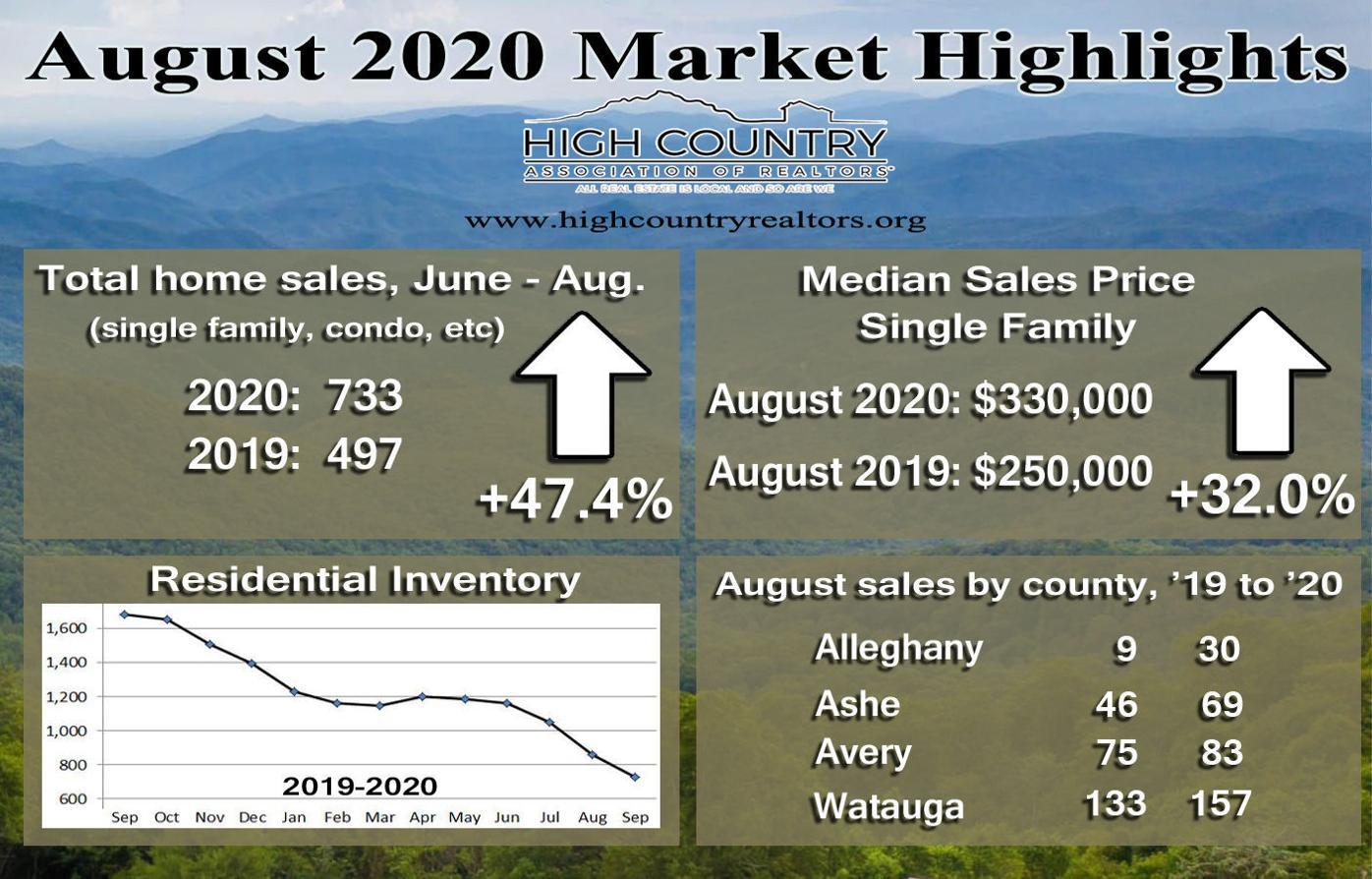 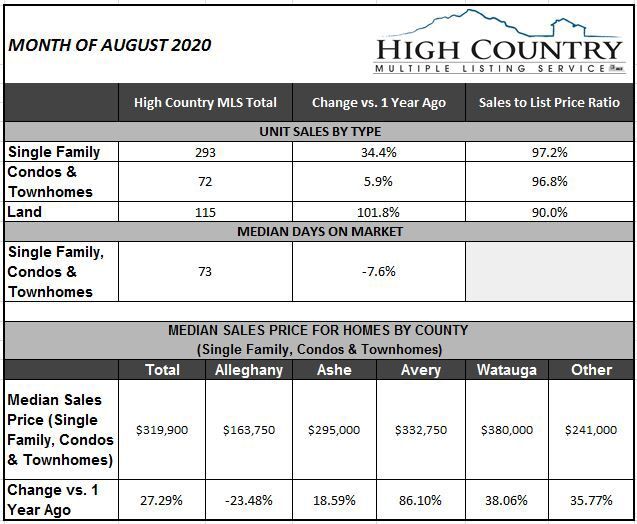 July was by far the busiest month for local homes sales in more than 15 years.

Realtors continued to sell homes at a record pace last month as demand for homes in the region remained strong and interest rates stayed near record lows. That’s according to the latest real estate report by the High Country Association of Realtors.

There were 365 residential listings sold by Realtors in August, just three fewer than they sold in July. The combined sales value was $139 million, as recorded by the High Country Multiple Listing Service (MLS).

As the summer months have recorded historic demand, sellers have not been listing homes at a pace typical for this time of year. Since May, 1,507 listings were been added to the MLS. Last year, there were 274 more has been added — 1,781 total – in the same time span.

There were 730 active residential listings in the four-county area as of Sept. 4. That’s 130 fewer than were for sale a month earlier, and 950 fewer than this time last year.

LAND SALES. Sales of land followed the trends in residential properties with a record 114 tracts sold for $10.3 million in August. That was one fewer listing than was sold in July (113 listings for $10.4 million).

COMMERCIAL SALES. There were four commercial listings sold by Realtors in August. Two were located in Watauga County and sold for a combined $1.76 million.

ALLEGHANY COUNTY. Realtors sold 30 homes worth $6.3 million in August, the most residential listings sold in a month there in at least 12 years. The median sold price was $163,750, the lowest recorded this year.

ASHE COUNTY. A monthly sales high was also set in Ashe, with 69 homes sold for $22.99 million. The median sold price was $295,000. The previous monthly high for unit sales had been 48 homes.

AVERY COUNTY. Realtors sold 83 homes worth $36.65 million in August. The median sold price was $332,750, the highest for a month in more than 10 years. Six of the listings sold for more than $1 million, with half of them going for more than $2 million.

INTEREST RATES. Interest rates hit a new record low Sept. 10. That’s when Freddie Mac reported the average 30-year mortgage rate was 2.86 percent. The rate has been below 3 percent since July 16. A year ago the rate was 3.73 percent.