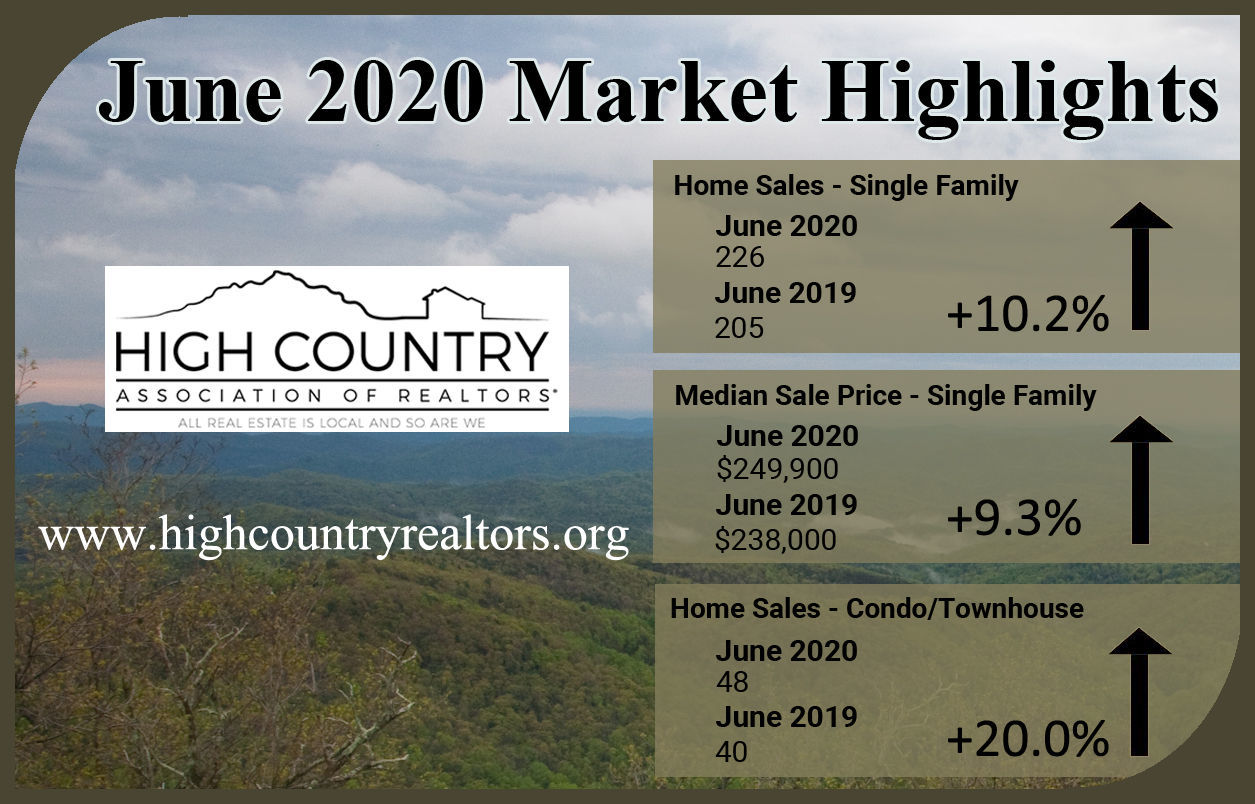 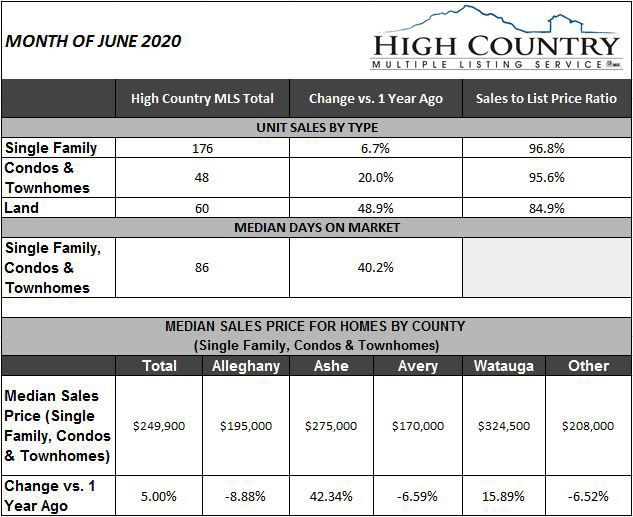 BOONE — In June, the High Country real estate market recorded its busiest month since the onset of the COVID-19 pandemic, as pent-up demand powered local home sales throughout the four-county area.

Three of the four counties represented by the High Country Association of Realtors matched or recorded their highest monthly unit sales of the year. The overall median sold price for June was also the highest of any month this year.

Realtors sold 225 homes worth $68.3 million last month, the busiest June since at least 2005, according to the High Country Multiple Listing Service. It records all Realtor activity in Alleghany, Ashe, Avery and Watauga counties.

Unit sales for the month were up 10 percent compared to last June (205 homes sold).

Sales for the year are down in great part due to stay-at-home orders issued in mid-spring by N.C. Gov. Roy Cooper. Realtors were deemed essential workers and able to continue working with clients in the High Country. Still, only 129 homes were sold in April.

As buyer activity has steadily increased since, sellers are returning much more slowly. Inventory has declined in the past month, decreasing from approximately 1,160 active listings in early June to about 1,005 as of July 13. That’s the lowest active inventory recorded in the MLS since at least 2014.

LAND SALES. There were 67 tracts of land worth $6.94 million sold in June. That was a high for the year, and matched the 67 tracts sold for $6.43 million last December.

ASHE COUNTY. Local Realtors sold 29 homes worth $7.93 million, the highest sales in three months. The year started with more than 30 homes sold in each of the first three months.

Avery County is the only county in the MLS to show an increase in sales year to year. Realtors have sold 195 listings worth $54 million, up from 169 sold for $53.85 million this time last year. The median sold price in that span is down 1.5 percent.

WATAUGA COUNTY. Local Realtors sold 96 homes worth $36.33 million in June. It was the first month this year to surpass 90 units sold and is on par with sales from June 2019 (94 homes sold).

INTEREST RATES. The average 30-year fixed rate hit a historic low going into the Fourth of July weekend — 3.07 percent. The rate was 3.72 percent at the start of the year, and was 3.65 percent in early March. It has fallen dramatically since.

“Mortgage rates continue to slowly drift downward with a distinct possibility that the average 30-year fixed-rate mortgage could dip below 3 percent later this year,” said Freddie Mac in a press release, announcing the rate July 2.