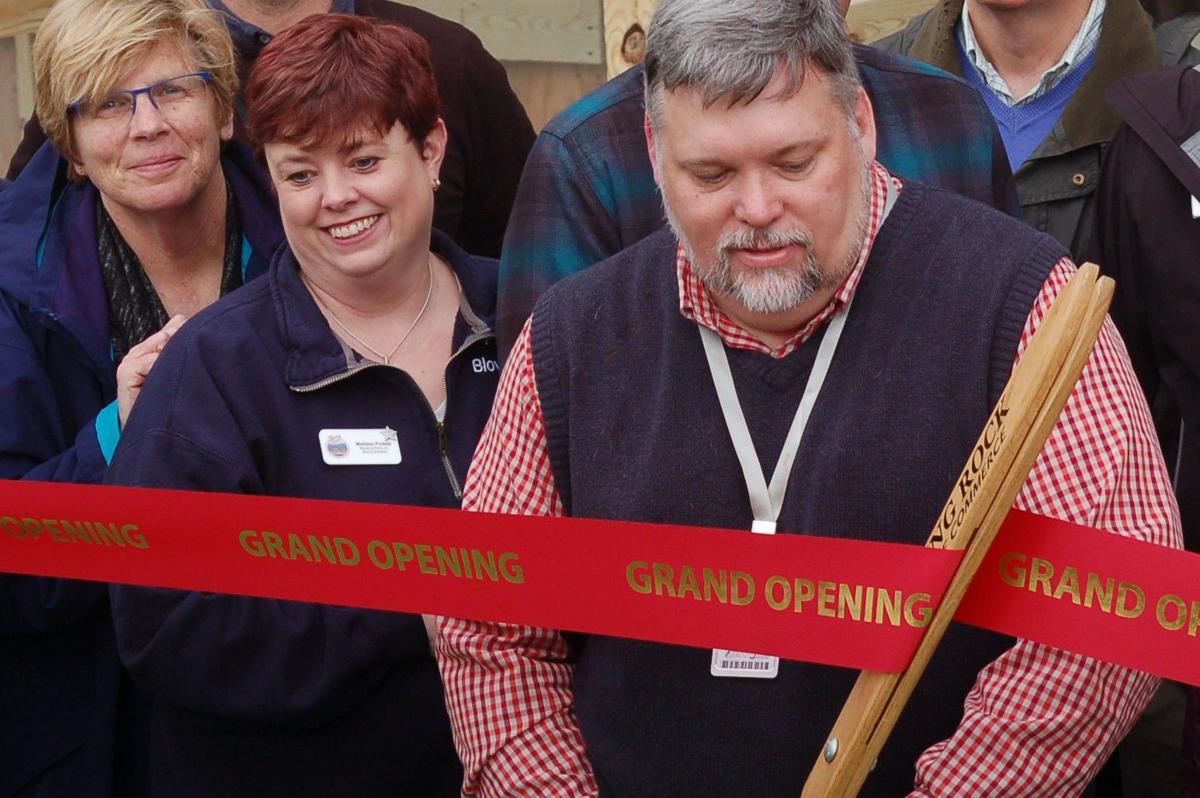 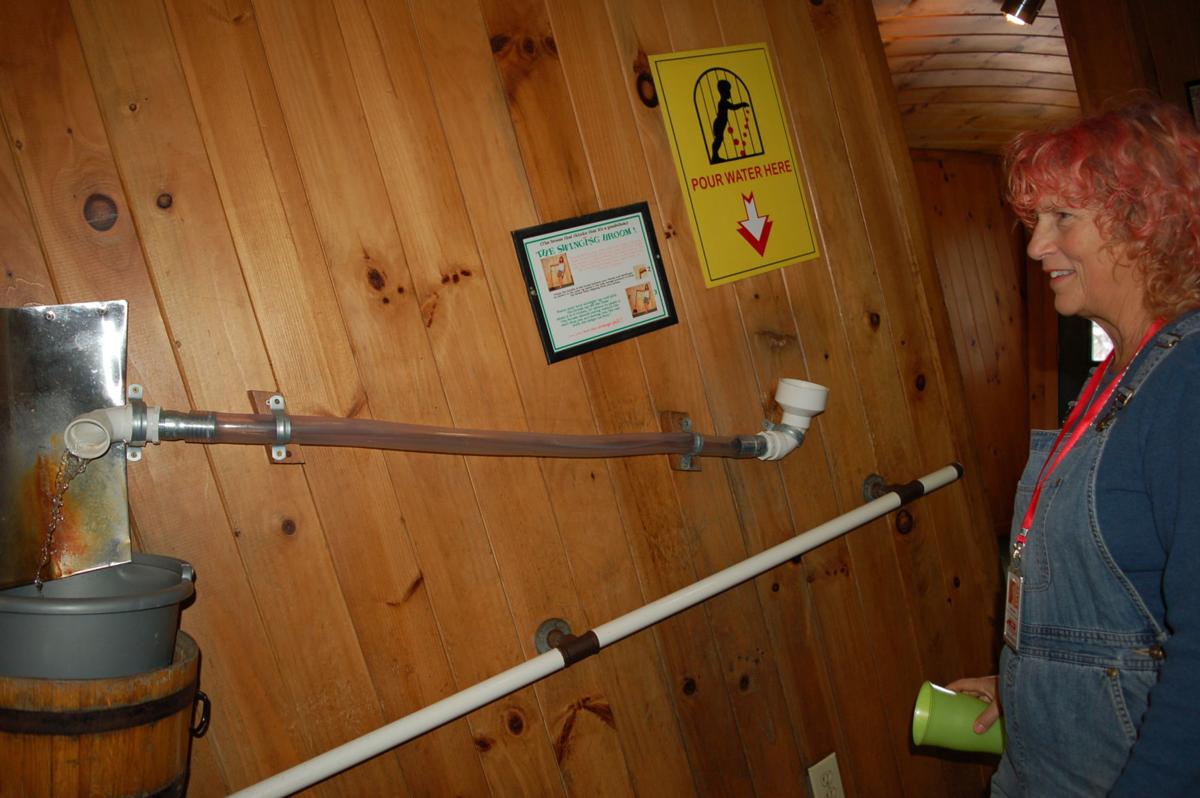 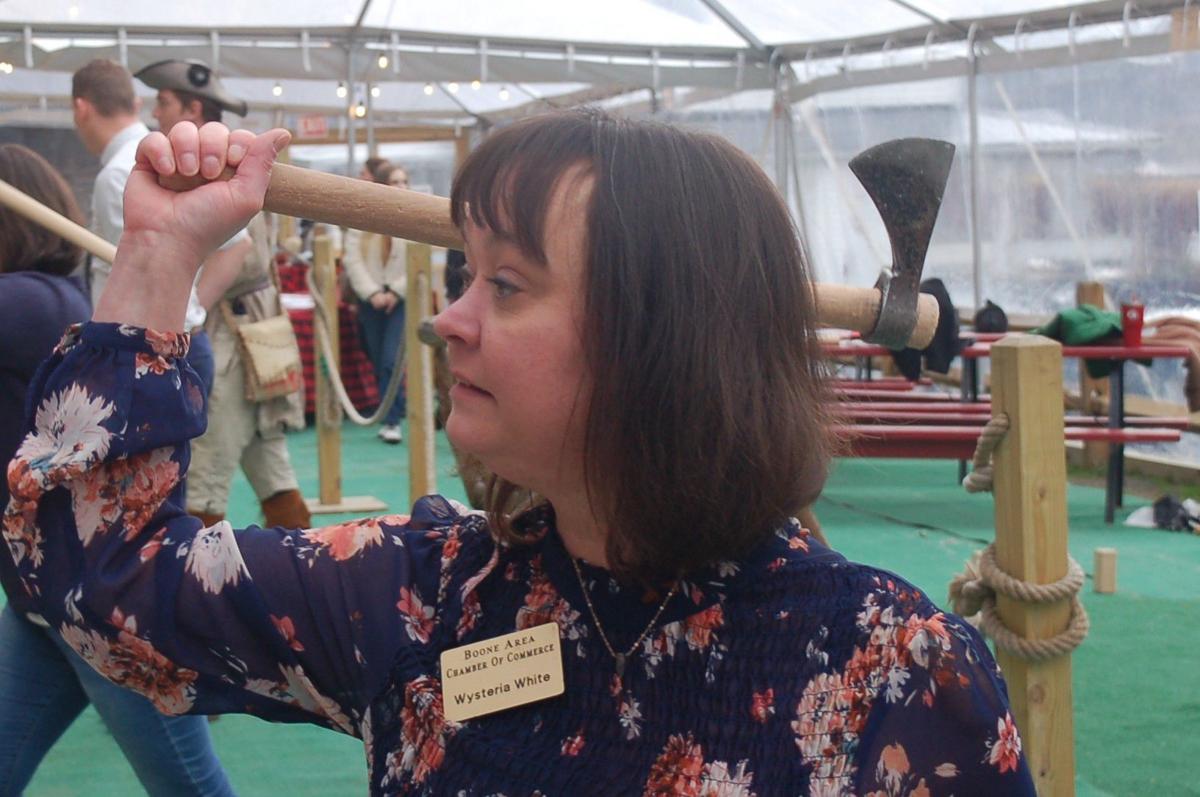 Wysteria White of the Boone Area Chamber of Commerce throws a tomahawk at Tomahawk Hill during a ribbon cutting event on Tuesday, March 3.

Wysteria White of the Boone Area Chamber of Commerce throws a tomahawk at Tomahawk Hill during a ribbon cutting event on Tuesday, March 3.

Relocating its cabins to expand parking and adding new attractions such as a ride are in the plans for Mystery Hill in 2020, according to owner and caretaker Matthew Underwood.

The comments came during a ribbon-cutting event for Tomahawk Hill hosted by the Boone Area and Blowing Rock Chambers of Commerce on March 3.

The big plans are buoyed by the success of Tomahawk Hill, Front Porch Eats and the lure of the gravitational anomaly and other attractions on site. With an increase in sales and longer visitor stays, Underwood is looking to expand the offerings of Mystery Hill further.

An ongoing change is the relocation of the Riverside Log Cabins, which are owned by Mystery Hill and located adjacent to the attraction on Mystery Hill Lane.

“They’re in the process of being moved right now,” Underwood said. “We’ve got to expand parking and it’s one of the only places I have to do that.”

One of the major changes will be a ride that Underwood said is called “The Soaring Eagle.”

“It’ll actually load behind the gem mine building, it’ll pull you up in a giant eagle, two people at a time, to a tower about 150 feet above the cabins and then it’ll drop you and you’ll slide down about 30 mph,” Underwood said.

“We’re hoping it’ll be a big draw,” Underwood said. “It’ll be one of the only rides in the country that’ll go through all the attractions and through the gravitational anomaly.”

The idea came from talking to customers about how kids or older family members couldn’t or didn’t want to go ziplining, but wanted to experience a thrill ride in the region.

Underwood said that the current timetable for completion would be in seven to eight months.

Another future plan is a two-mile loop trail that goes from Tomahawk Hill to the top of the mountain behind Mystery Hill, Underwood said.

Currently, the idea is to have educational components along the trail along with an observation post at the top of the mountain, Underwood said. The expectation is that the trail will be completed in the “late summer or early fall,” he said.

A revamp to the gravitational anomaly tour will be coming, Underwood added, as well as peddle cart rentals for the Middle Fork Greenway.

The 1903 Dougherty House Museum will be getting a facelift that includes a petting farm, Underwood said.

A butterfly pavilion is also in the plans for the attraction, Underwood said, although a timeline hasn’t been established.

Underwood said Tomahawk Hill came about as a way to attract more families with an activity for kids to do.

“You get to see the second-largest collection of Native American artifacts and the kids are gonna get to throw tomahawks,” Underwood said. “That’s really why we built it.”

Underwood said between opening Tomahawk Hill in May 2019 and the end of the year, Mystery Hill sold more than 170,000 tomahawk throws.

“We had no clue it was going to be as popular as it is,” Underwood added.