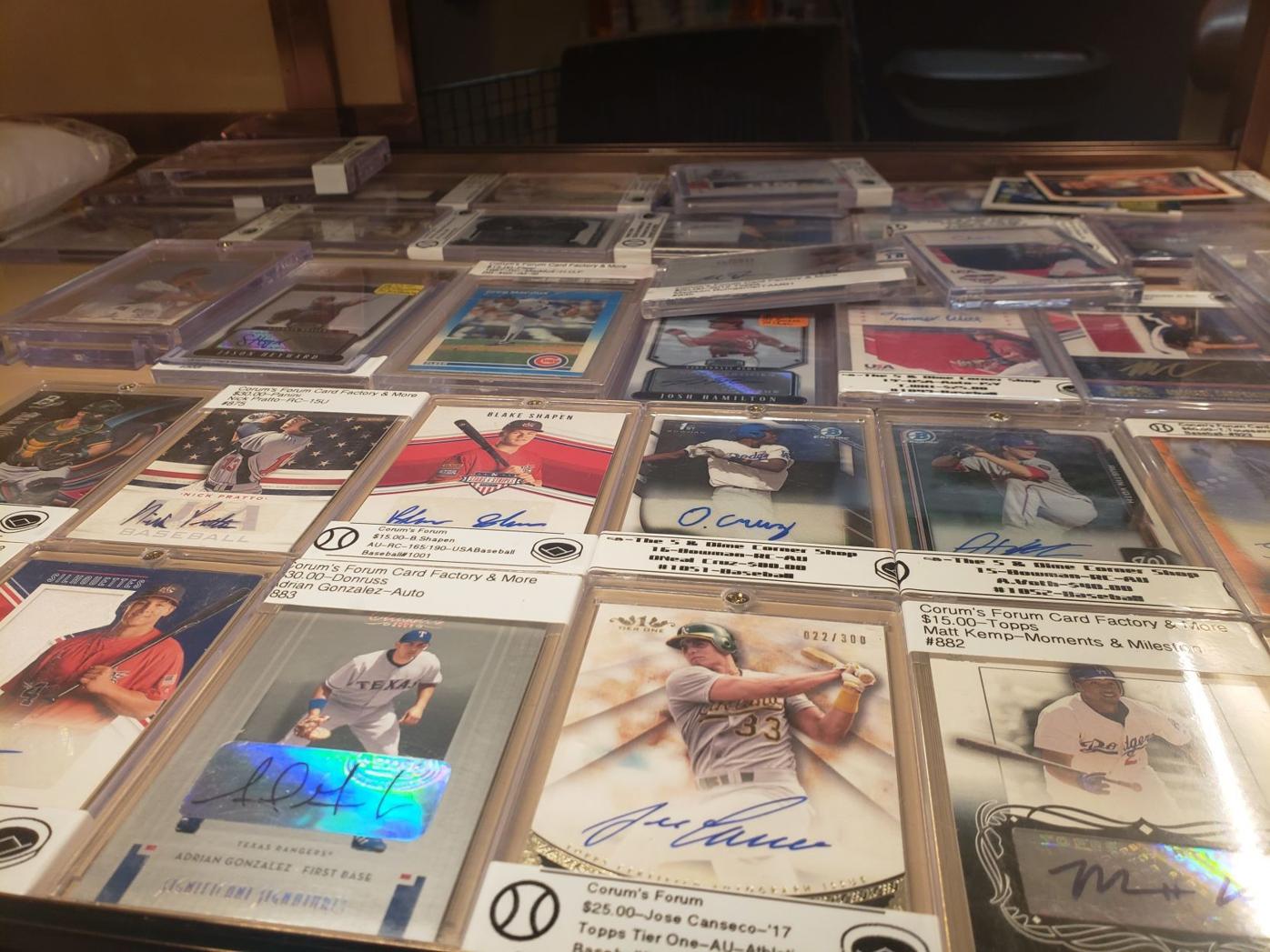 A collection of baseball cards is on sale at Daddy’s Boys 5 and Dime Corner Card Store in Zionville. 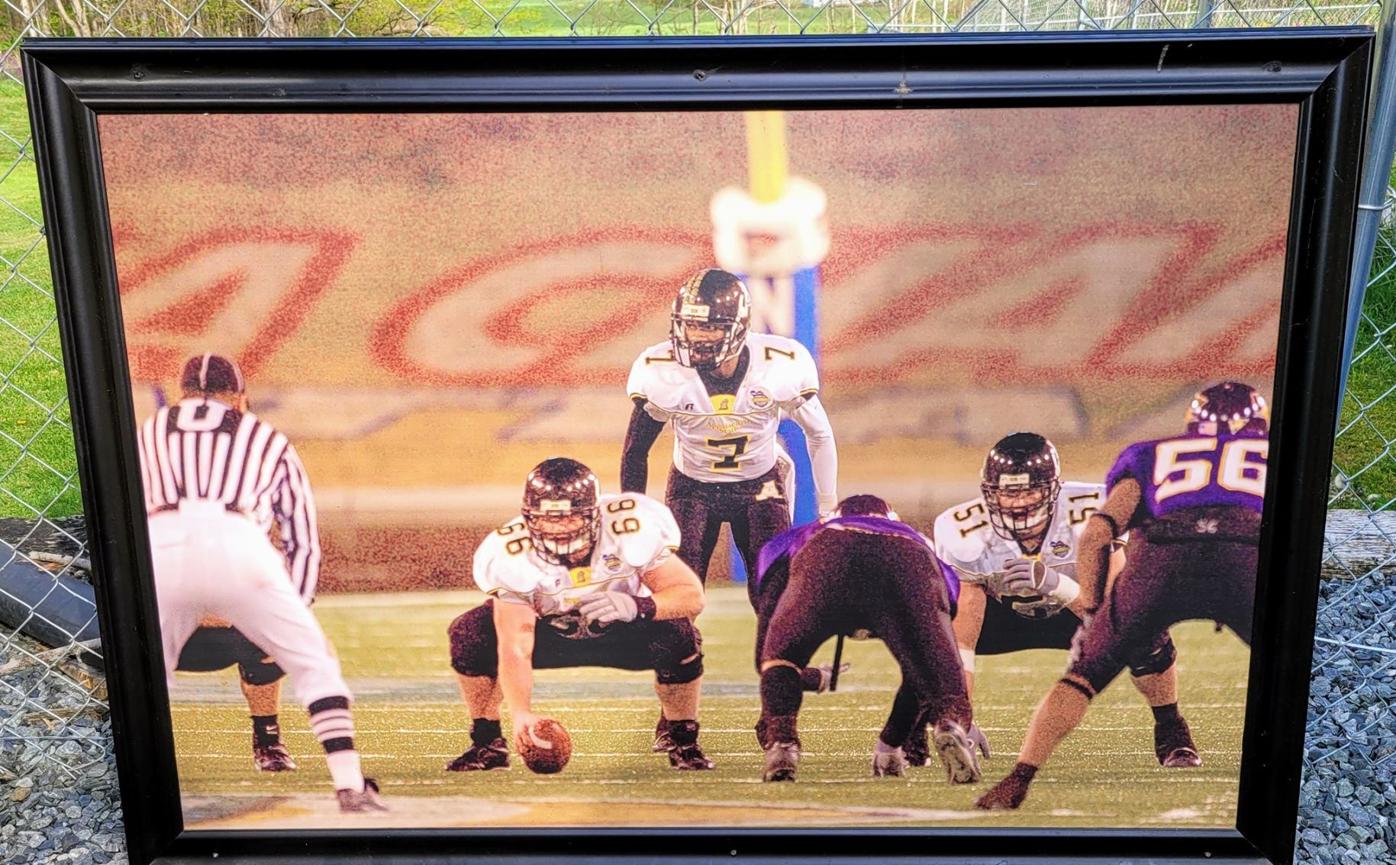 One of the two prints TJ Corum is having former App football coach Jerry Moore sign for a raffle.

A collection of baseball cards is on sale at Daddy’s Boys 5 and Dime Corner Card Store in Zionville.

One of the two prints TJ Corum is having former App football coach Jerry Moore sign for a raffle.

Rare trading cards of all kinds have been going up in price in the past year, many attributing it as an unforeseen side effect from the COVID-19 pandemic.

The price hikes are not just limited to sports cards though. According to card game price tracker mtgprice.com, the “Black Lotus” card printed in the original Magic: The Gathering set has a price tag of $19,200 as of Sunday, May 2 — an increase of $12,600 in just one year.

In February, a global shortage of Pokémon cards was brought on by the Pokémon Company reducing the quantity of printing due to the pandemic, while the game’s popularity skyrocketed around its 25th anniversary celebration. That came on the back of a first-edition “Charizard” card selling for more than $300,000, according to PWCC.

Looking to get in on the action, Watauga native TJ Corum set up a card shop in a building at his home in Zionville, open in the afternoons on the weekends. Corum started collecting trading cards as a kid in the 80s, stopping briefly and then later picking the hobby back up.

“I’ve always loved sports and the cards,” Corum said. “I heard how the cards were going up in value and I didn’t believe it. I looked it up and sure enough, they were starting to sell for hundreds or thousands of dollars.”

While he has thousands of cards, Corum sticks to sports cards, and some related memorabilia, such as a 1980 Topps Wayne Gretzky card. From Gretzky’s second year in the NHL, the card features a scratch-off puck that remains unscratched. While the unscathed nature of the puck may seem trivial to some, to collectors it is part of the reason why the card is valued at $200.

“It’s gotten to the point that experts are telling people to invest in trading cards,” Corum said. “They’re treating it like gold.”

Corum’s collection includes a one-of-a-kind Topps Museum Collection Chris Davis card, that has a nameplate from one of Davis’s bats embedded in it and a signed Walter Peyton jersey worth thousands of dollars.

With high-value cards incased in plastic or acrylic to protect their condition, the value that cards receive from their condition should, in theory, only go up.

“I have a rare Michael Jordan card that my son says belongs to him,” Corum said. “The truth is, he’s not wrong. That card will essentially be part of his college fund.”

Corum said that ultimately, his store dubbed “Daddy’s Boys 5 and Dime Corner Card Store,” is about setting his two sons up with more for their future.

“This is something I loved as a kid, and I want to pass it on to them,” Corum said.

To help celebrate the opening of his shop on May 1, Corum invited Appalachian State football legend Jerry Moore. Corum is having Moore sign two large, framed App football pictures that are being raffled off to raise money for Cornerstone Summit Church.