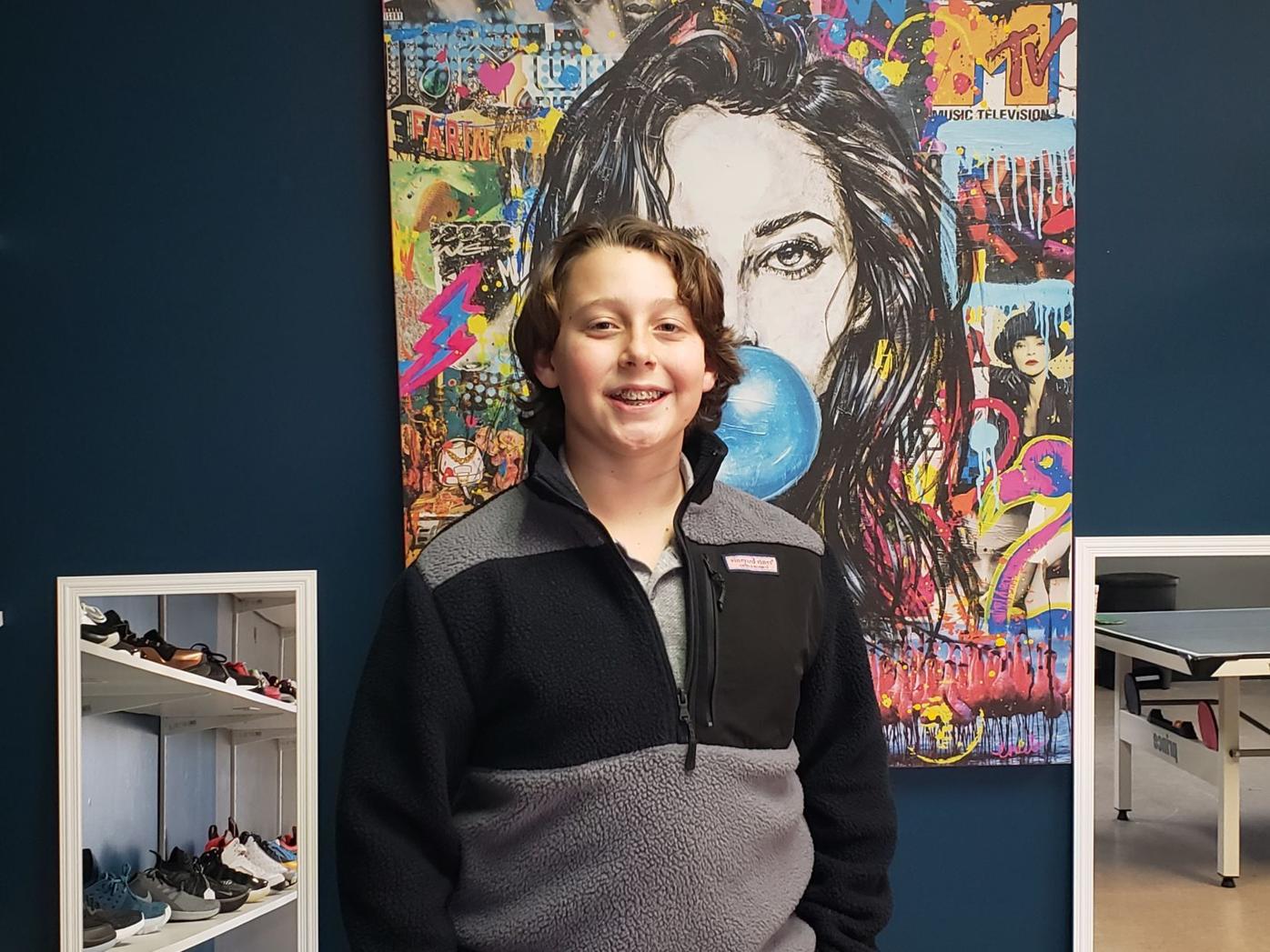 Kicks on King founder Cooper Greene is a 13-year-old entrepreneur. 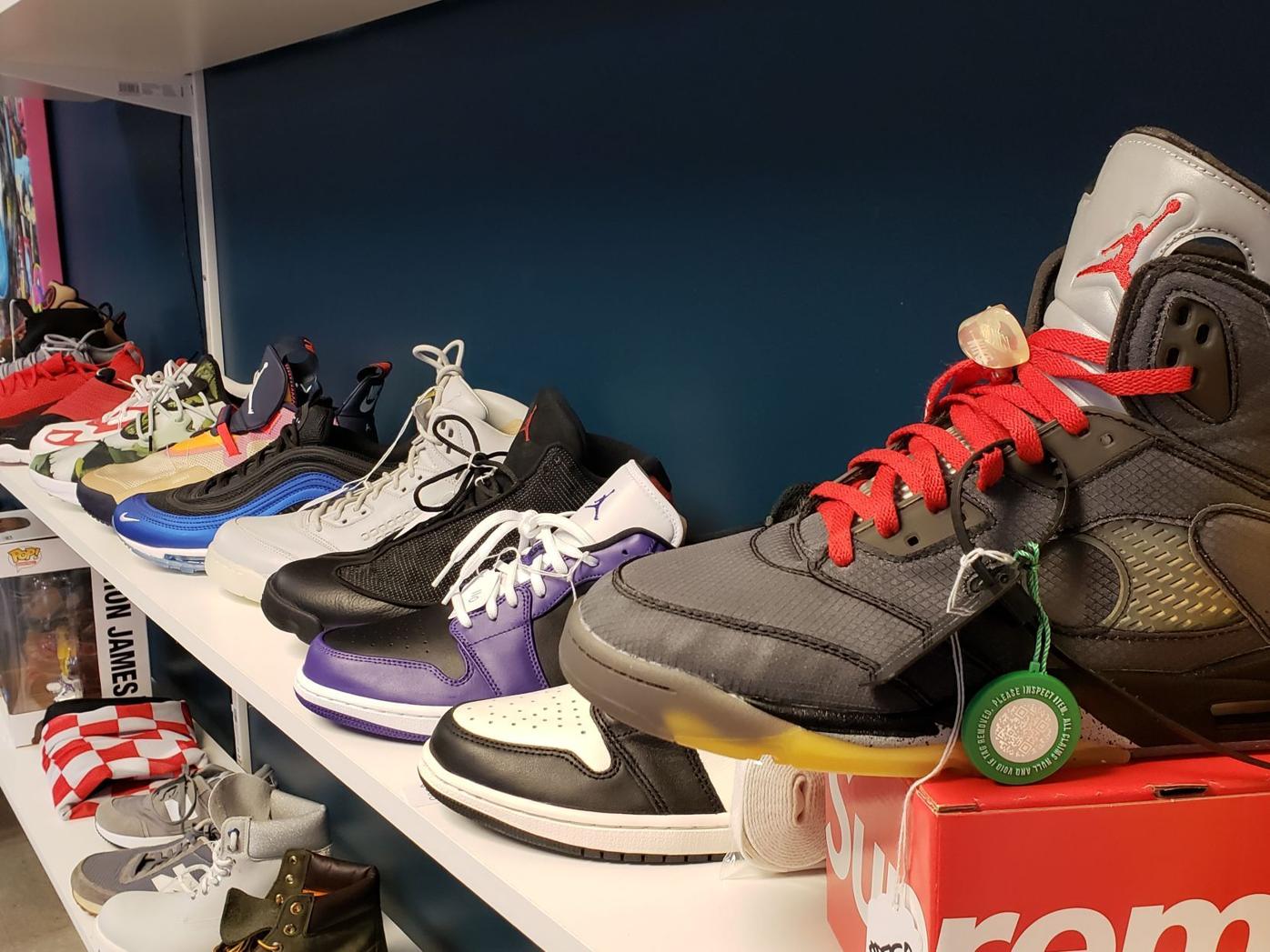 Kicks on King specializes in high-end sneakers from brands like Air Jordan.

Kicks on King founder Cooper Greene is a 13-year-old entrepreneur.

Kicks on King specializes in high-end sneakers from brands like Air Jordan.

Boone’s newest shoe store, Kicks on King, is unique. It has a laid back atmosphere, an inventory that would make any hypebeast drool and is the brainchild of a 13-year-old entrepreneur.

The store’s inventory sets it apart from other shoe stores in Boone. There are not hiking boots and dress shoes, but a collection of sneakers from a variety of well-known brands. Nikes, Adidas, Jordans, Yeezys, Supreme and Off-White collaborations fill the shelves of what was at one point The Standard’s leasing office.

The store specializes in the higher-end sneakers, buying and selling them.

Standing in the middle of the space is a ping pong table, off to the side is a couch with video games connected to a TV — part of founder and general manager Cooper Greene’s plan for the store to have an atmosphere that encourages relaxation and a fun vibe.

Greene is a teenager with business running through his blood. As the grandson of businessman and owner of U.S. Buildings Tommy Sofield, who owns the property, Greene noted business is the family business.

Greene said he wanted to start a venture of his own and sees the business as more than just a shoe store. The business also allows for community members to sell gently used shoes to the store if in good condition.

“We see college students come in to sell shoes and stuff, and to me it’s not just getting inventory, they may need that money for rent or something important,” Greene said. “In a way, I wanted to give back to the community, because it’s been so good to my grandfather and our family.”

Greene has to deal with hurdles that other businessmen in the area do not. Three days a week he heads to the store after school, needing a ride to get there. Other days of the week he is running the business all day.

“I want to be here, I’m kind of a hands-on person when it comes to the business,” Greene said. “It’s not that I don’t trust anyone else, it’s just that this is my place. I want to be here as much as I can.”

Another hurdle is the nature of the sneaker resale market, notoriously hounded by scalpers and fakes. Greene said the store uses services like CheckCheck, an authenticator for shoes, to avoid getting scammed.

He said the store has already seen one attempt of someone trying to pass off counterfeits as the real deal when someone came in with a pair of Travis Scott X Air Jordan 1 shoes. Originally selling for $175 retail, the limited run now goes for well over $1,000, and the store avoided paying that much for a counterfeit pair.

Since its soft opening on Jan. 19, Greene said business has been good, noting that people of all ages have stopped in to sell or buy. The plan is for a more grand opening on Friday, Feb. 26, when the store will also have a ribbon cutting courtesy of the Boone Area Chamber of Commerce.

At the same time, Greene said the next step in growth is an expansion of their online capabilities, with selling online being limited until they can catch up to their full inventory.

For more information about Kicks on King, go to www.kicksonking.com, stop by their store at 140 W. King St. or check the business out on Facebook and Instagram.