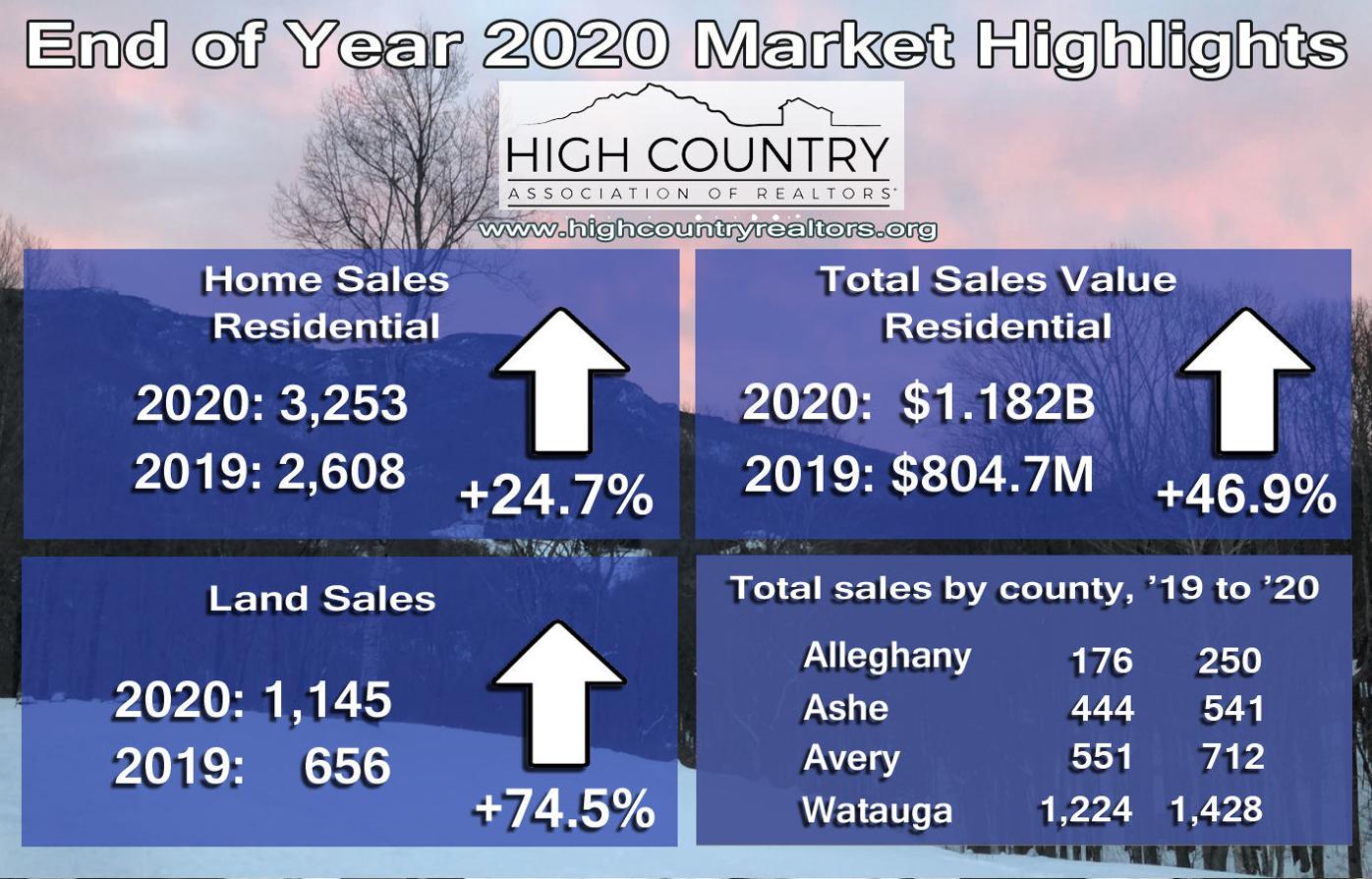 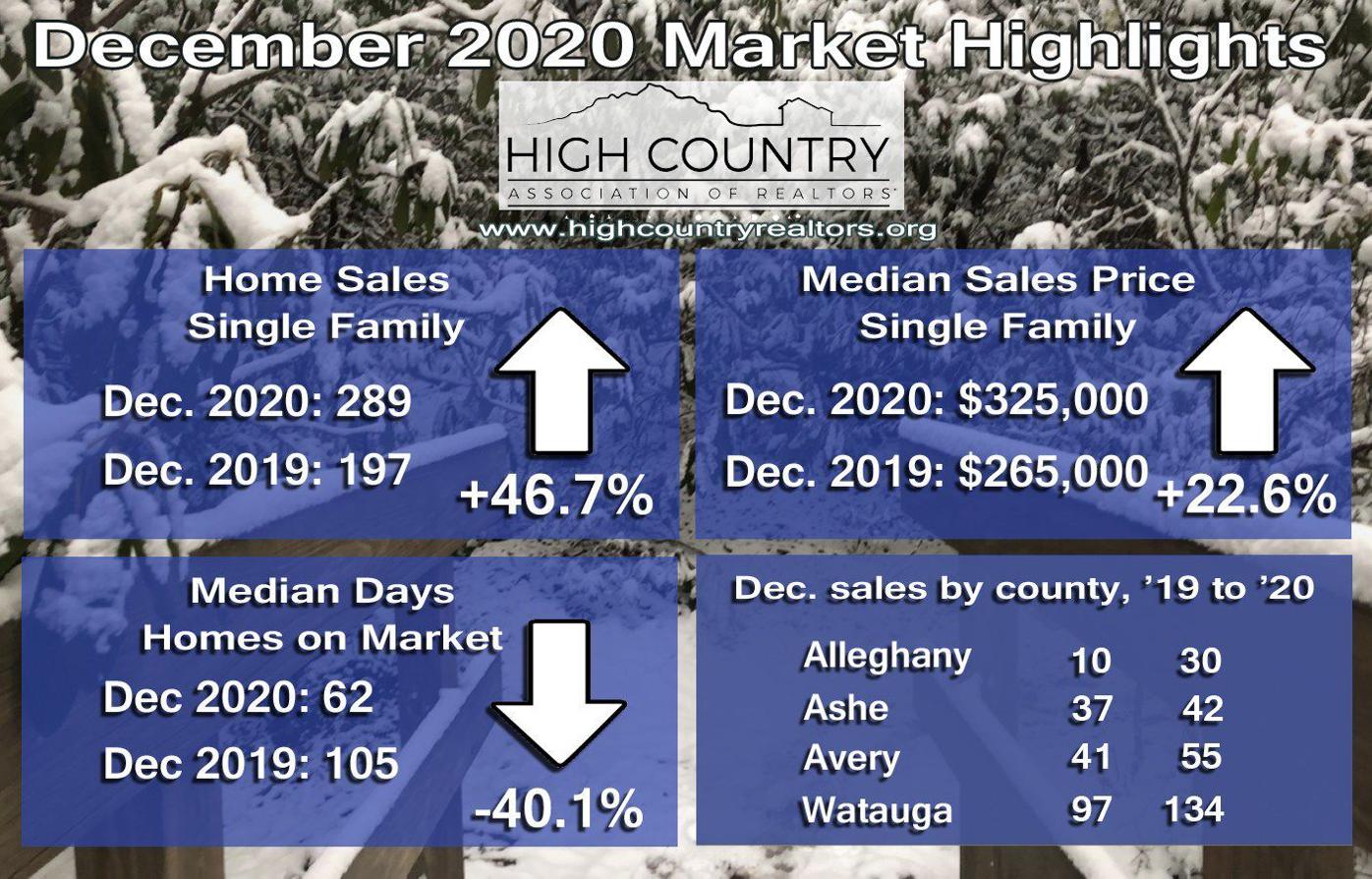 A total of 123 tracts of land sold in the High Country in December at a total amount of $14.15 million.

A total of 123 tracts of land sold in the High Country in December at a total amount of $14.15 million.

HIGH COUNTRY— More area homes were sold in 2020 than during any other year on record, according to the year-end real estate report by the High Country Association of Realtors.

Real estate professionals in the four-county area sold 3,253 residential listings worth $1.18 billion, both metrics record highs, in a year marked by a national pandemic, historically low interest rates and North Carolina becoming a top destination state for people looking for a new home.

At year’s end, the number of High Country homes sold was up 25 percent from 2019 and the sales value was up 48 percent. That’s according to the High Country Multiple Listing Service. It records all realtor transactions in Alleghany, Ashe, Avery and Watauga counties.

Business was brisk through the year’s end, with 287 homes sold for $124 million in December. Both were record totals for the month. The median sold price was $325,000.

The sales numbers for the year are more dramatic when considering the impact of the COVID-19 pandemic. In mid-March North Carolina enacted stay-at-home orders which limited travel and most commercial activity. Realtors were considered essential workers and remained active.

Interest was minimal in that span as only 129 homes were sold in April (fewest in a month for the year). Yet sales quickly grew from there, with a then-monthly record of 371 homes sold in July. That high mark was surpassed two months later when 440 homes sold in September.

Some of the growth could be attributed to national migration patterns. Many year-end lists reported North Carolina as among the top 10 states reporting population growth in 2020.

Interest rates were also attractive, decreasing throughout 2020 to historic lows. That continued into the new year. Loan giant Freddie Mac reported the average 30-year fixed rate to be 2.65 percent as of Jan. 6. It was 3.64 percent a year ago.

INVENTORY. The new year began with the High Country MLS reporting the lowest active inventory recorded in recent memory. As of Jan. 6, there were 496 homes for sale in the four-county area. There were about 1,227 for sale a year ago.

COMMERCIAL. There were 30 commercial listings sold for $13.47 million last year. That was the fewest commercial units sold in a year since 2015.

In the final month of the year, realtors sold 30 homes worth $7 million in the county.