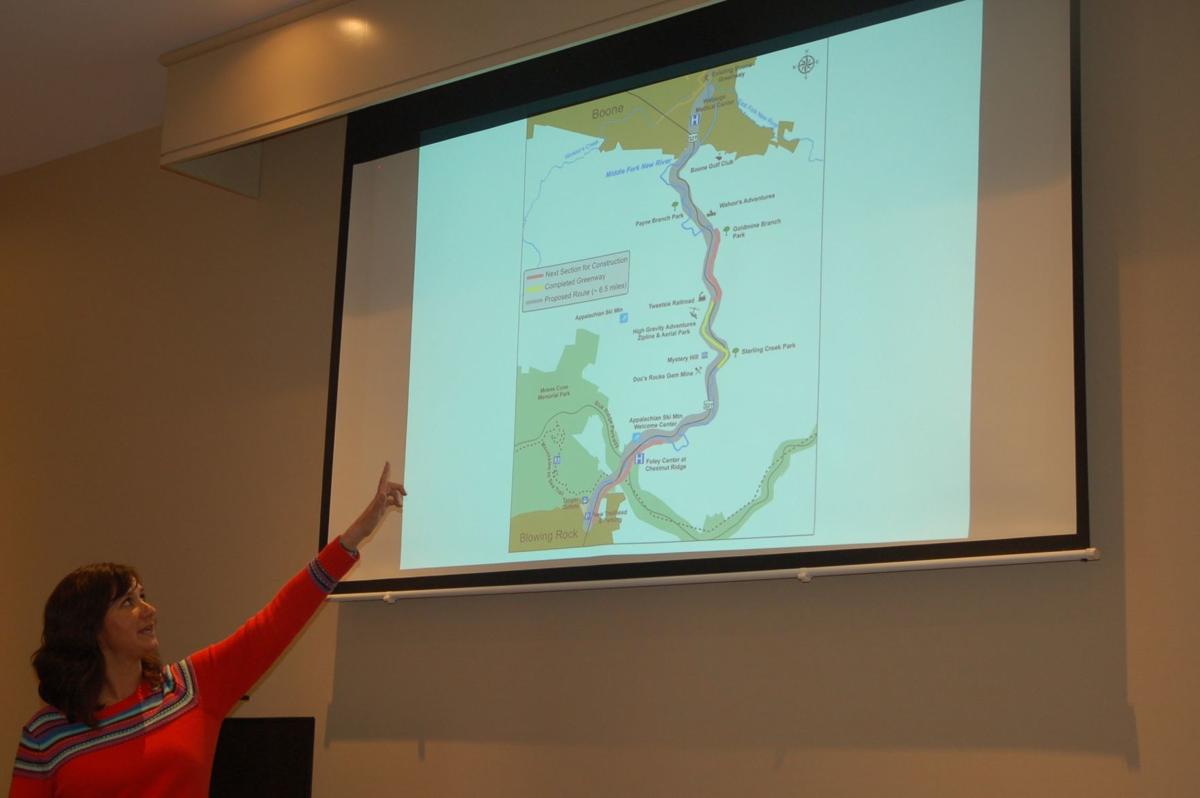 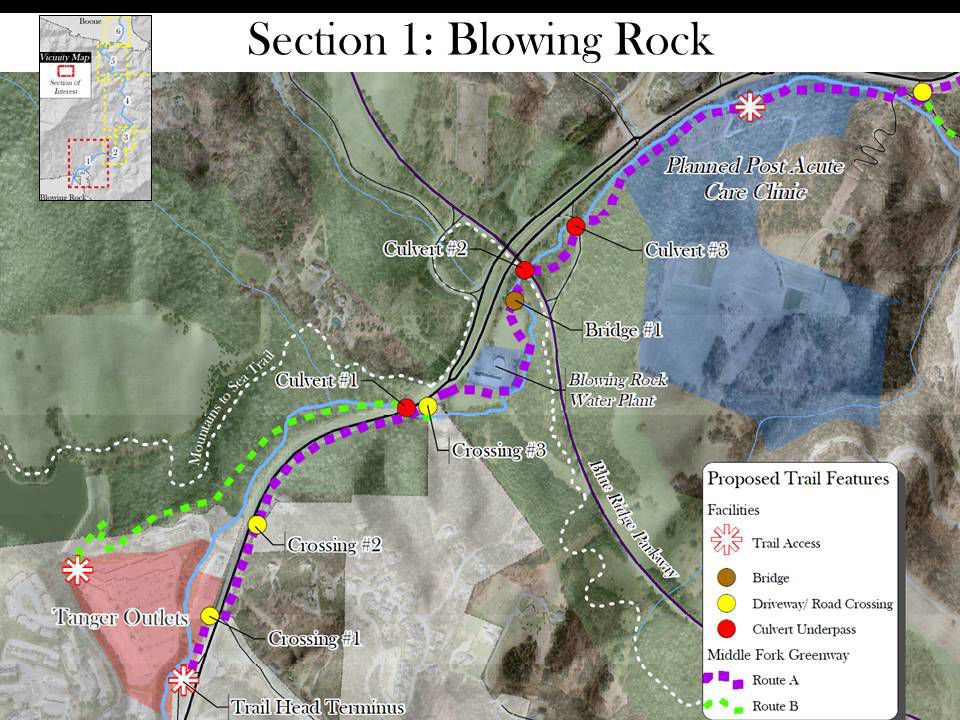 Section one of the Middle Fork Greenway, which goes from Shoppes on the Parkway to the Foley Center at Chestnut Ridge in Blowing Rock. 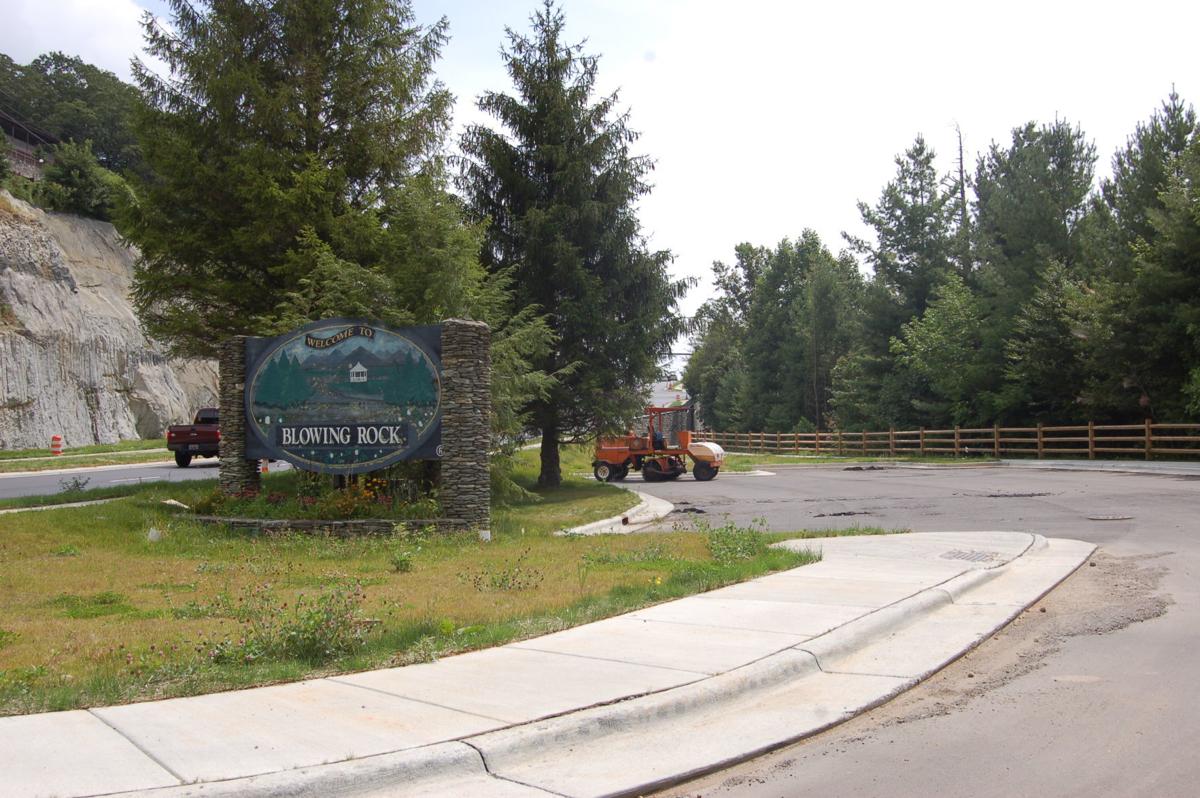 A new parking area has been created specifically for users of the Blowing Rock section of the Middle Fork Greenway Trail. Work will begin in fall 2018. 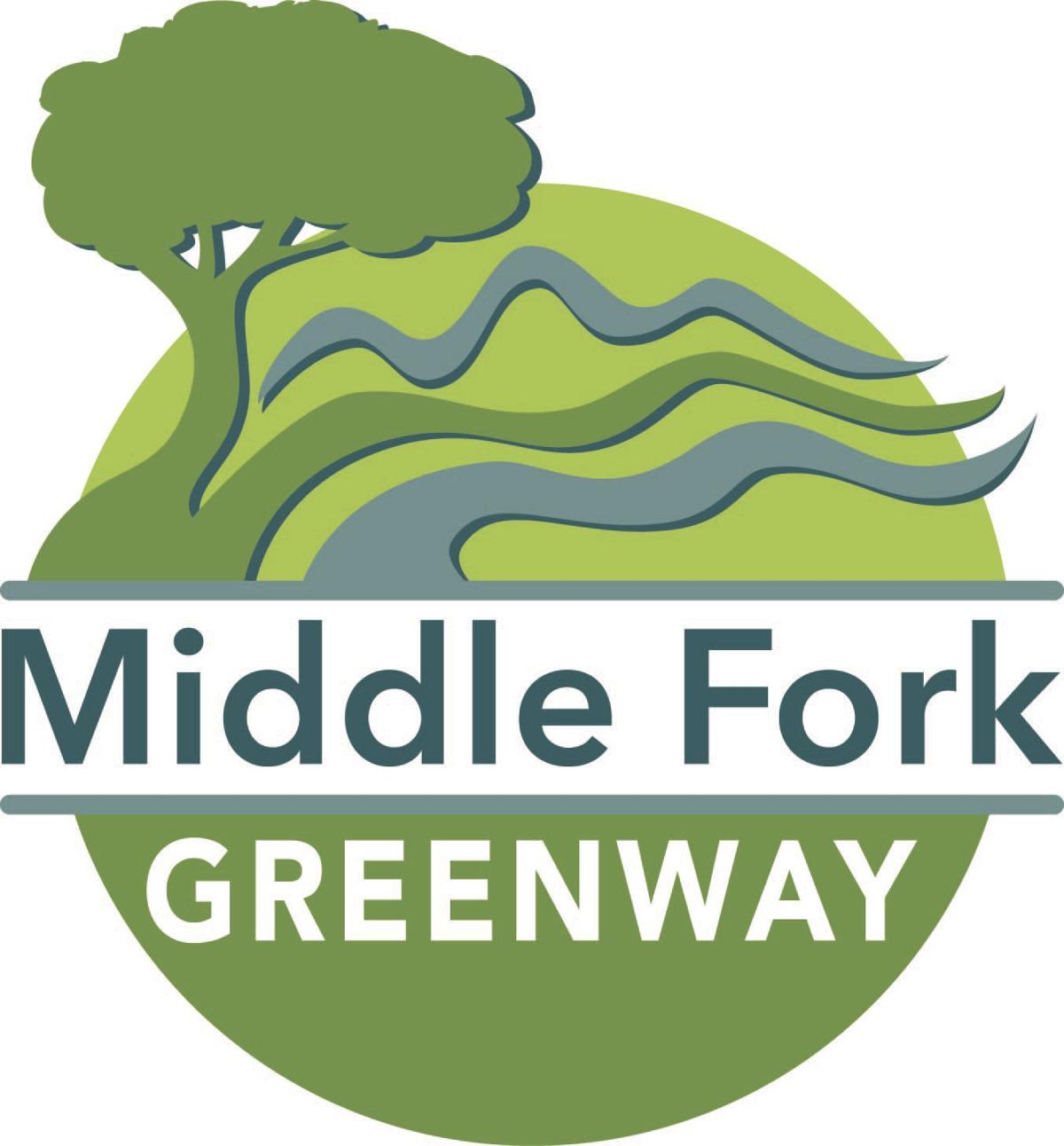 The Division of Water Resources awarded $200,000 to Watauga County for the Middle Fork Greenway,

Section one of the Middle Fork Greenway, which goes from Shoppes on the Parkway to the Foley Center at Chestnut Ridge in Blowing Rock.

A new parking area has been created specifically for users of the Blowing Rock section of the Middle Fork Greenway Trail. Work will begin in fall 2018.

The Division of Water Resources awarded $200,000 to Watauga County for the Middle Fork Greenway,

With money in hand, work on the 1.3-mile stretch of the Middle Fork Greenway from the Foley Center at Chestnut Ridge to Blowing Rock is set to begin this year with an anticipated completion date of December 2019, according to MFG Executive Director Wendy Patoprsty.

The news came during a presentation to the Watauga County Tourism Development Authority during its annual budget retreat on Tuesday, April 10.

Patoprsty also said that work on the Blowing Rock trailhead — located at the town sign and former North Main Street entrance along U.S. 321 — will start work in the fall and include a “donor walk” with boulders and names of those who have donated. Metal benches for the trailhead location have been donated by Charleston Forge, according to Patoprsty.

The work will complete section one of the six-section project, which is planned to link Boone and Blowing Rock by a 6.5-mile trail. Total construction costs for section one are $2.51 million.

Patoprsty told the Watauga TDA on Tuesday that a press conference will be held on May 7 at High Gravity Adventures. Along with the Boone Area and Blowing Rock Chambers of Commerce, Patoprsty will announce further details of the project and the fundraising efforts to raise the $9 million to $10 million needed to complete the entire trail.

One of those efforts will be “Round Up for the Greenway,” where local businesses will ask customers to round up their purchase to the nearest dollar as a donation to the Greenway fund. Patoprsty told the TDA that over 90 local businesses have already pledged to be a part of a monthlong fundraising campaign set for July 2018.

In August 2017, the town of Blowing Rock was awarded $2 million from the Eastern Federal Lands Access Program for section one, putting the project just $200,000 short of its goal at the time, which it has since reached. The news was preceded by ARHS providing a 2,000-foot easement through The Foley Center property in 2016, which allowed section one a clear path.

“It will provide a connection to the Blue Ridge Parkway and the Mountains-to-Sea Trail, drawing hikers and cyclists into our towns and providing our residents and visitors with varied recreational experiences,” the Middle Fork Greenway website states. “The MFG will celebrate the natural beauty and cultural heritage of our area and create a stronger, healthier and greener community.”

Currently, one mile of Middle Fork Greenway is completed from Tweetsie Railroad parking area that heads south (toward Blowing Rock) past High Gravity Adventures, Mystery Hill, under U.S. 321 to a 3.5-acre pocket park that was donated by the Whitener Family.

Patoprsty said the next section to be targeted will be the rest of section four, going from Tweetsie Railroad to Goldmine Branch Park near Highland Landscape Supplies and the Incredible Toy Company.

Nonprofit leadership for the Middle Fork Greenway is provided by the Blue Ridge Conservancy, which works in partnership with High Country Pathways, a local organization that plans, develops and stewards trails and greenways throughout the High Country. ZAP Fitness funds all operations and administrative costs of the greenway project.