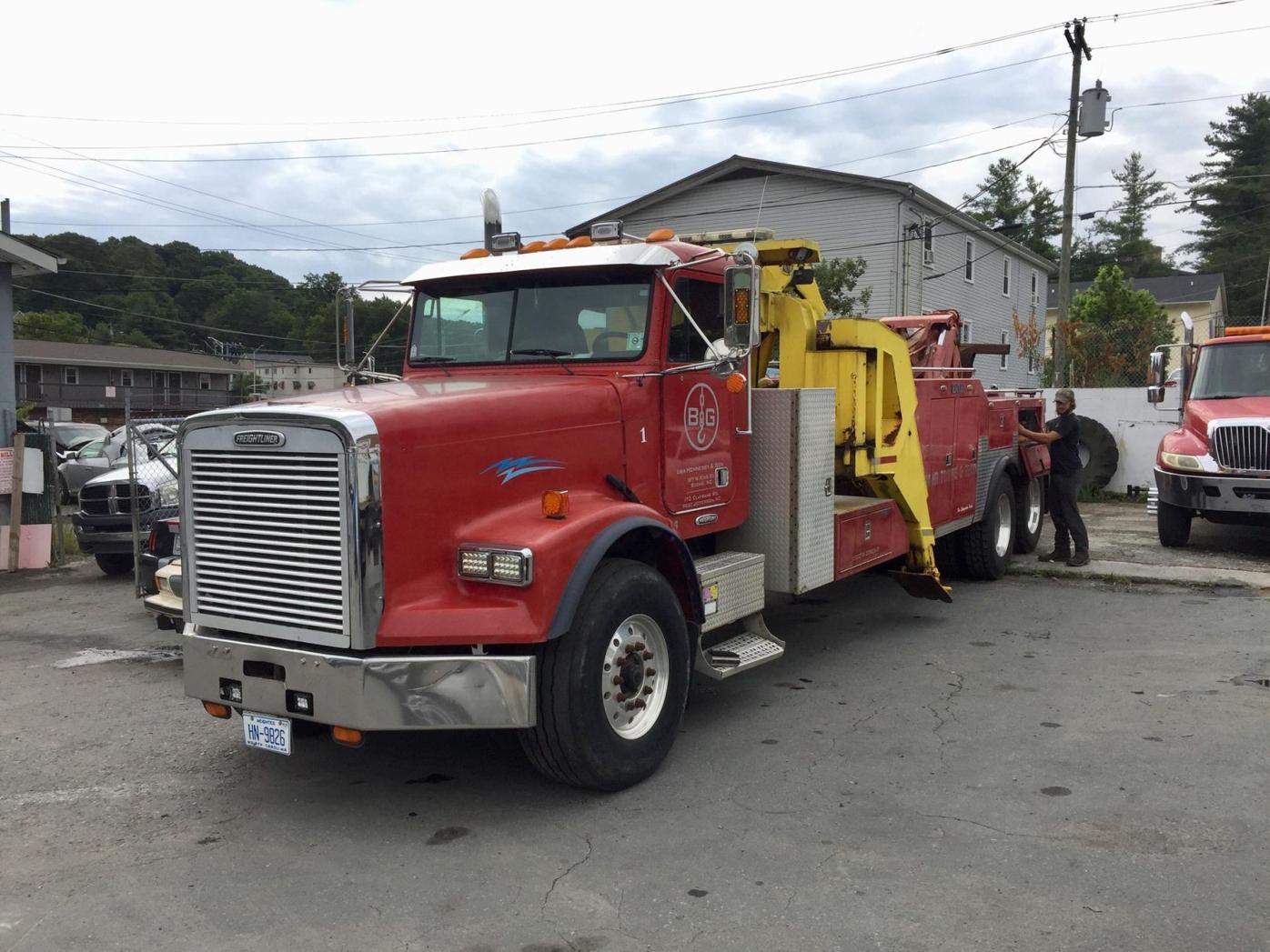 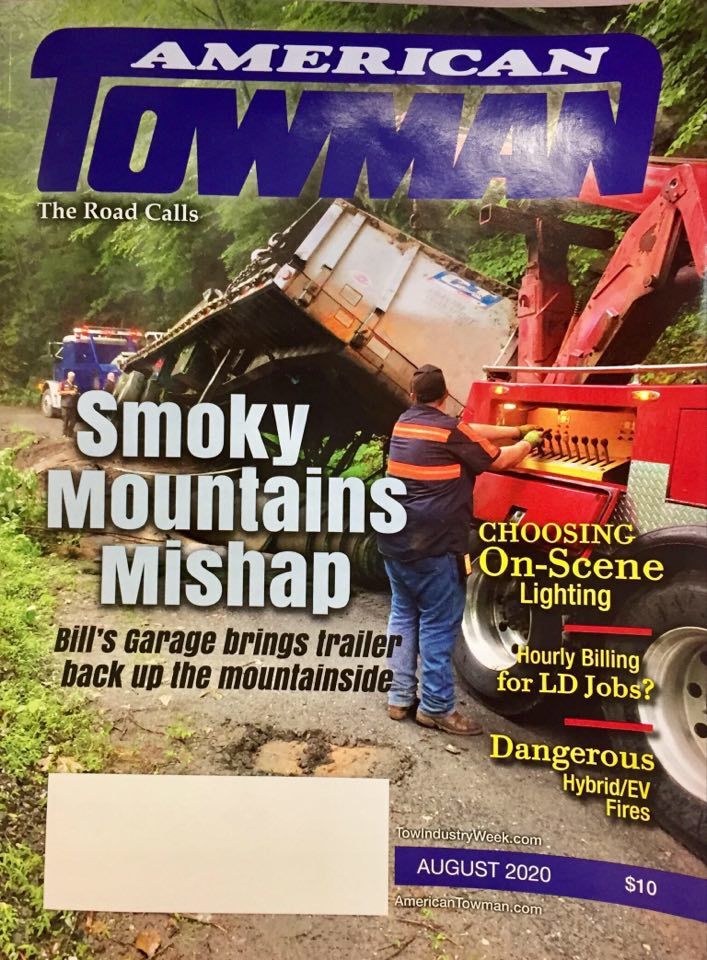 A copy of the American Towman magazine featuring the Bill’s Garage cover story.

A copy of the American Towman magazine featuring the Bill’s Garage cover story.

A wrong exit here, a missed turn there. In a time when the use of paper maps has become a rarity for most, following the routes that our cell phone’s GPS lays out for us can be a bit frustrating at times.

Typically these minor inconveniences can be resolved by a U-turn or quick turn around in a stranger’s drive-way. Sometimes, however, following a poorly laid out GPS route results in tons of steel and cargo careening down slick mountain sides.

Such was the case for one big rig trucker passing through Ashe County this past June. Making her way south of Glendale Springs the driver’s GPS system directed them, with a full load of turf grass, up a narrow mountain pass. As the driver attempted to maneuver the rig down the mountain, the edge of the road gave way, sending the truck’s trailer (turf grass in tow) tumbling down a steep embankment.

The truck’s driver escaped with her life and soon after alerted the authorities, who in turn dispatched Bill’s Garage to the scene. The company’s quick response and skillful handling of the situation would land them on the cover of American Towman, a national tow truck magazine.

“I had no idea that it was going to turn out the way it did,” said Danielle Hopper, office manager for Bill’s Garage. Responding to a request for stories about extreme vehicle recoveries, Hopper sent the garage’s story to American Towman.

“We heard they might put us in, but we had no idea that we would be on the cover,” she said.

Working in a variety of conditions ranging from rain, fog and summer heat, Bill’s Garage has been pulling drivers out of precarious situations such as the one featured in American Towman since 1989. In a business dealing with wet highways and twisted steel, safety for those involved is priority for the company when responding to a vehicle roll-over or a tractor trailer flip, but one of the premier perks of the job is being able to help people.

“There’s a lot of gratitude,” said Hopper, referring to the positive feedback of the garage’s customers.

After three decades of service, the Boone-based garage (with an additional shop in Ashe County) is happy to have landed on the cover of a premier towing magazine. “ It’s exciting, it feels great to have been acknowledged by such a prestigious magazine, but especially making the cover. It’s good to see our hard work paying off,” said Hopper.

American Towman magazine is available both in print and digital form. The Bill’s Garage story, “Smokey Mountain Mishap,” can be found in the August 2020 edition or online at http://americantowman.com/magazine.