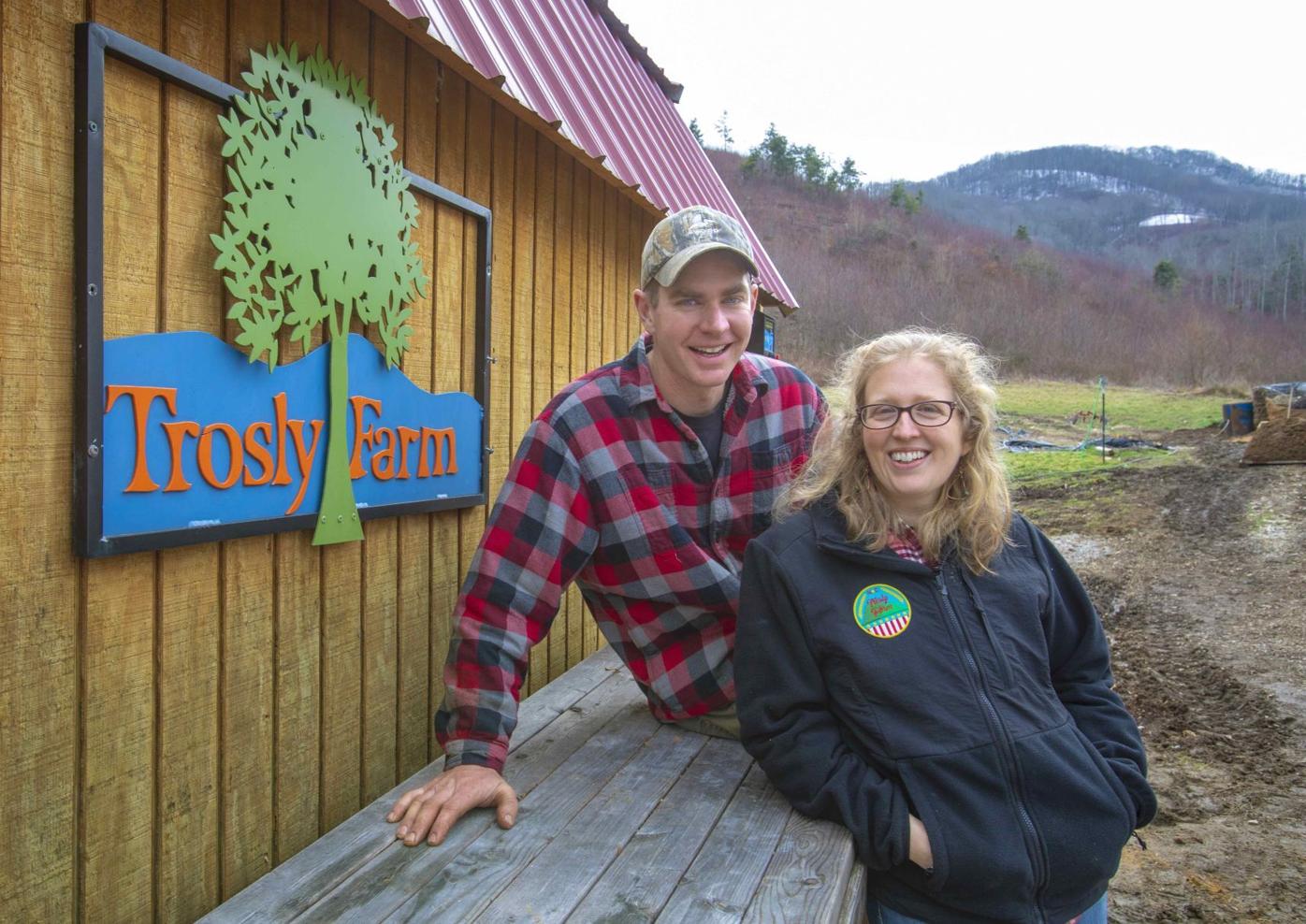 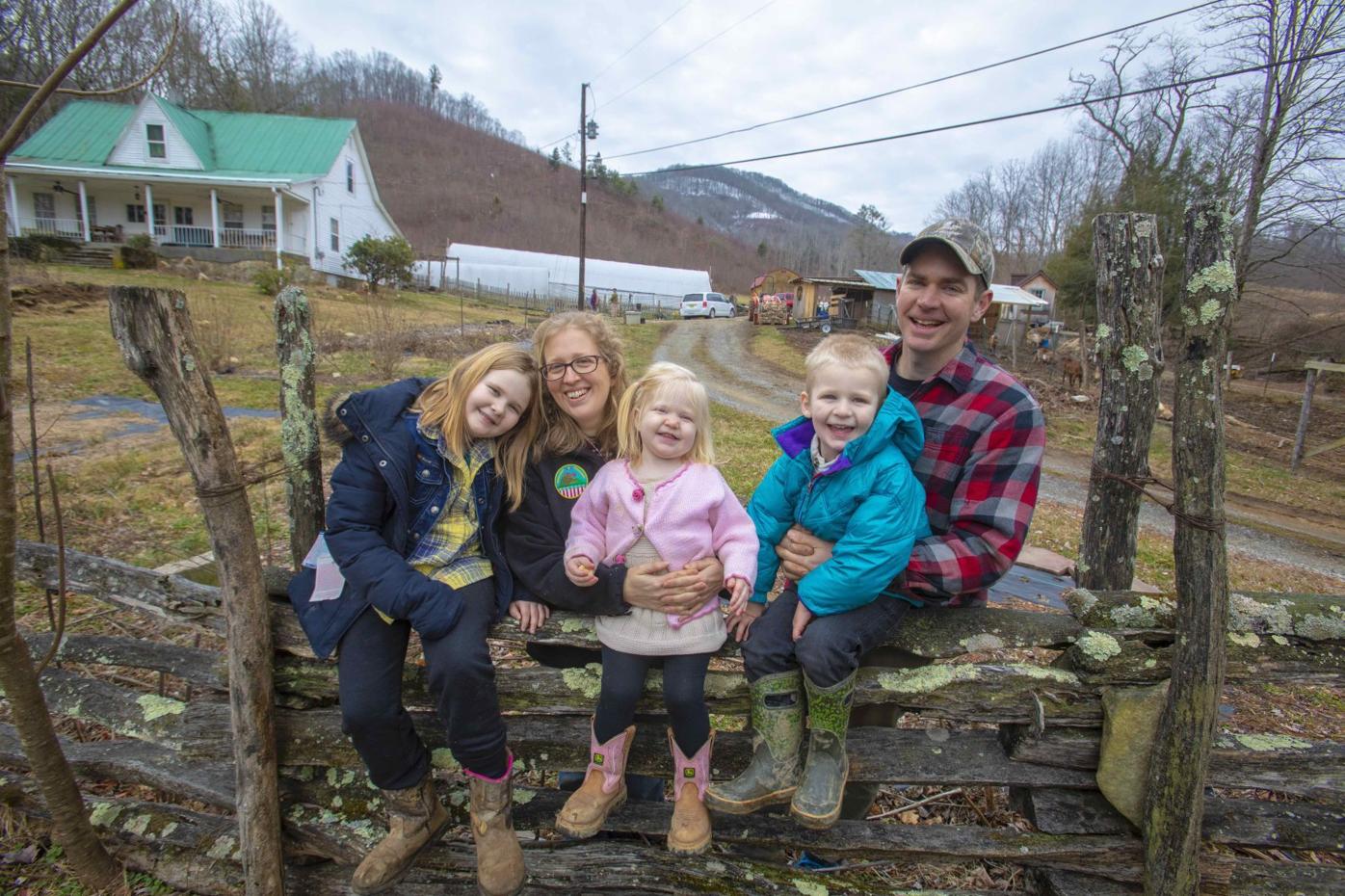 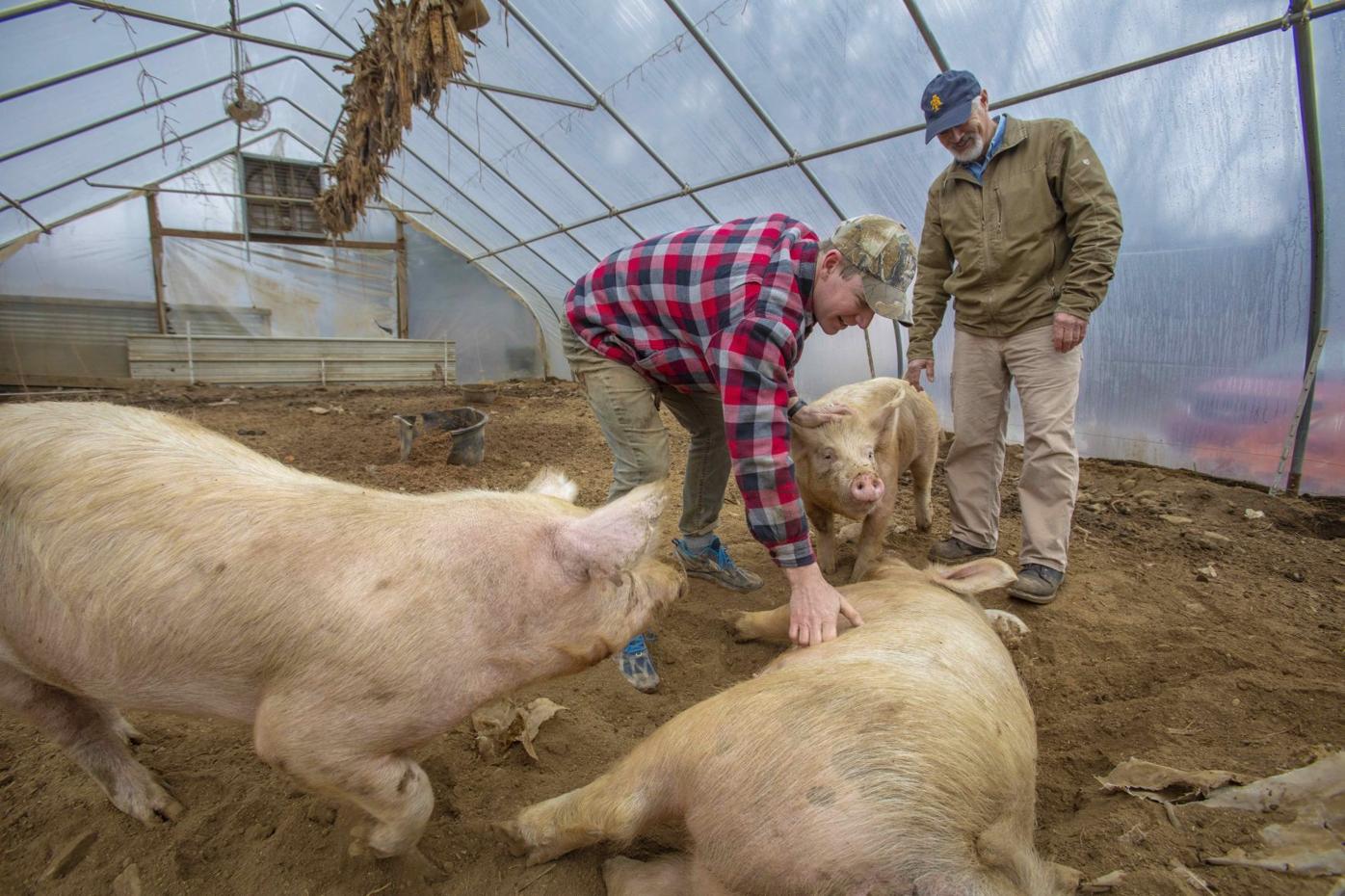 Amos and Kaci Nidiffer, the owners of Trosly Farm in Elk Park, are the 2020 North Carolina Small Farmers of the Year.

It took a bad car accident for the Nidiffers to commit to farming.

“We were lucky to survive,” Kaci Nidiffer said. “The day after we crawled out of the wreck, I said, ‘I’m quitting my job and we’re going to farm full time.’ That was our eureka-type moment when we realized what’s really important.”

The Cooperative Extension at North Carolina Agricultural and Technical State University presented the award to the Nidiffers Sept. 30 during an online ceremony.

“They live and breathe this business, and they work it constantly,” said Avery County Cooperative Extension Agent Bill Hoffman, who nominated them for the award. “They make it look easy. Everybody who comes out here is impressed.”

“We couldn’t imagine doing anything else,” Amos Nidiffer said. “This is what we love to do.”

On less than five acres, the Nidiffer family grows greenhouse products, such as lettuces, greens and tomatoes; and livestock, such as hogs and pullets. The farm is also home to the family’s dairy cow and some pet goats for their three children.

Trosly Farm is named for Trosly-Breuil, a French town that was home to Catholic theologian and philosopher Jean Vanier. Vanier founded communities around the world for people with disabilities based on his beliefs about community and the worth of every individual.

The Nidiffers call Vanier a hero figure to them. They strive to bring a similar sense of community and neighborliness to their farming.

“One of the biggest things I see is their willingness to share what they do with their neighbors,” Hoffman said. “They are very free with sharing what they know. Extension has had a couple of workshops here, and they really enjoy teaching the community how to be small farmers.”

As their farming know-how has increased, the couple has tried to move toward lower-tech farming, with hand operated tools replacing machinery when possible. They are also proponents of Community Supported Agriculture, a system in which people in the community pledge to support a farm operation, making it the community’s farm. Growers and consumers provide mutual support and share the risks, and benefits, of food production.

“We had a couple of days scheduled for the CSA members to come and see where their food is coming from, and what we’re doing here,” he said. “That has become really important.”

When people ask questions about what they do, it helps them remember why they grow food for their family and their neighbors, Kaci Nidiffer said.

“Loving other people and recognizing everyone’s ability to contribute to society, and celebrating life together as much as possible,” Amos Nidiffer said. “That’s what we want to do.”

The Nidiffers were presented with a plaque, monogrammed jackets and $1,500 during the Sept. 30 event. The Small Farmer of the Year Award is usually presented in March on the N.C. A&T campus during Small Farms Week, which recognizes the small-scale producers of North Carolina. This year, the award presentation was delayed due to COVID-19.