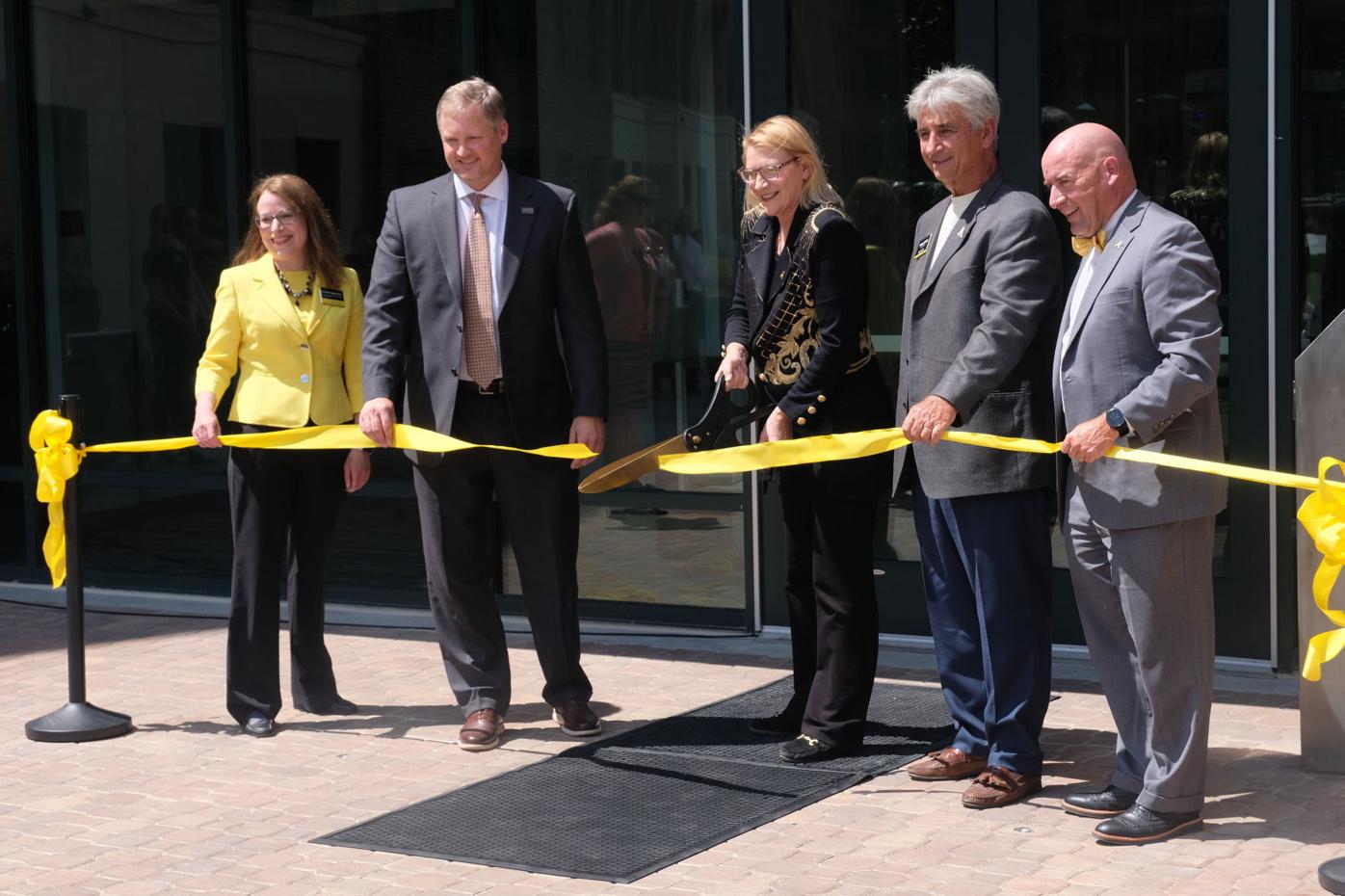 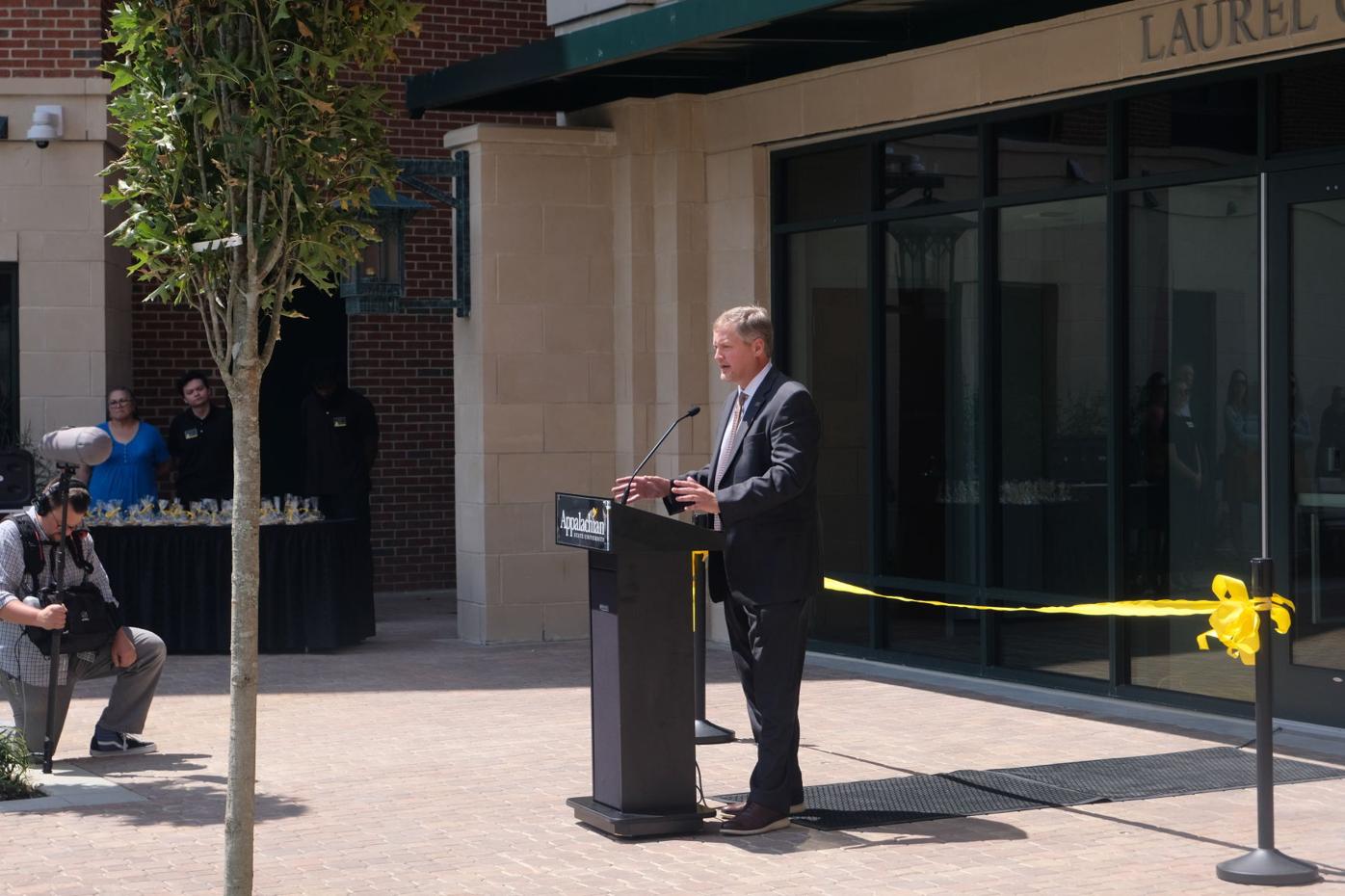 Appalachian State University has a new option for student housing, with Laurel Creek Hall being unveiled on Friday, July 30, with a ribbon cutting celebration.

The residence hall was built by construction company RISE, and was noted to be the third residence hall to open “on time and on budget,” according to Chancellor Sheri Everts. The dorm stands five floors high, with 640 beds taking up 151,861 square feet on the west side of campus. The individual residences are a mix of apartment and suite-style accommodations, giving students a variety of options.

A day before the event, the first students — specifically resident advisors — moved in.

“These outstanding student leaders will foster a welcoming, safe and inclusive environment for hundreds of students who will settle into the building in the coming weeks,” Everts said.

The V-shaped building features a green space that borders Raven Rocks Hall, creating a courtyard for students to enjoy the Boone weather. Both halls are named after local landmarks of nature.

“Many of our students chose App State in part because of our stunning location,” Everts said. “We take every opportunity to honor this beautiful area and its landmarks, naming our buildings and spaces after local geography, geology and biology helps our students build a stronger connection to the surrounding nature. We are also committed to being good stewards of our resources and the environment.”

RISE Senior Vice President Jeremy Doss said he was proud to have been involved with the project, saying the building’s construction was not the easiest with the COVID-19 pandemic, but that the thousands of students who would call it home was the only thing that mattered.

“We had the right team for this project from day one,” Vice Chancellor for Student Affairs J.J. Brown said, commending RISE, his own office and Student Housing for their work in bringing the project to fruition.

According to App State, site work and the pouring of foundations and footers began in February 2021 for New River Hall (Building 400) as part of phase three. As of the App State Board of Trustees Feb. 12 meeting when the board was presented with a capital projects update, New River Hall was on schedule to finish in July 2022.