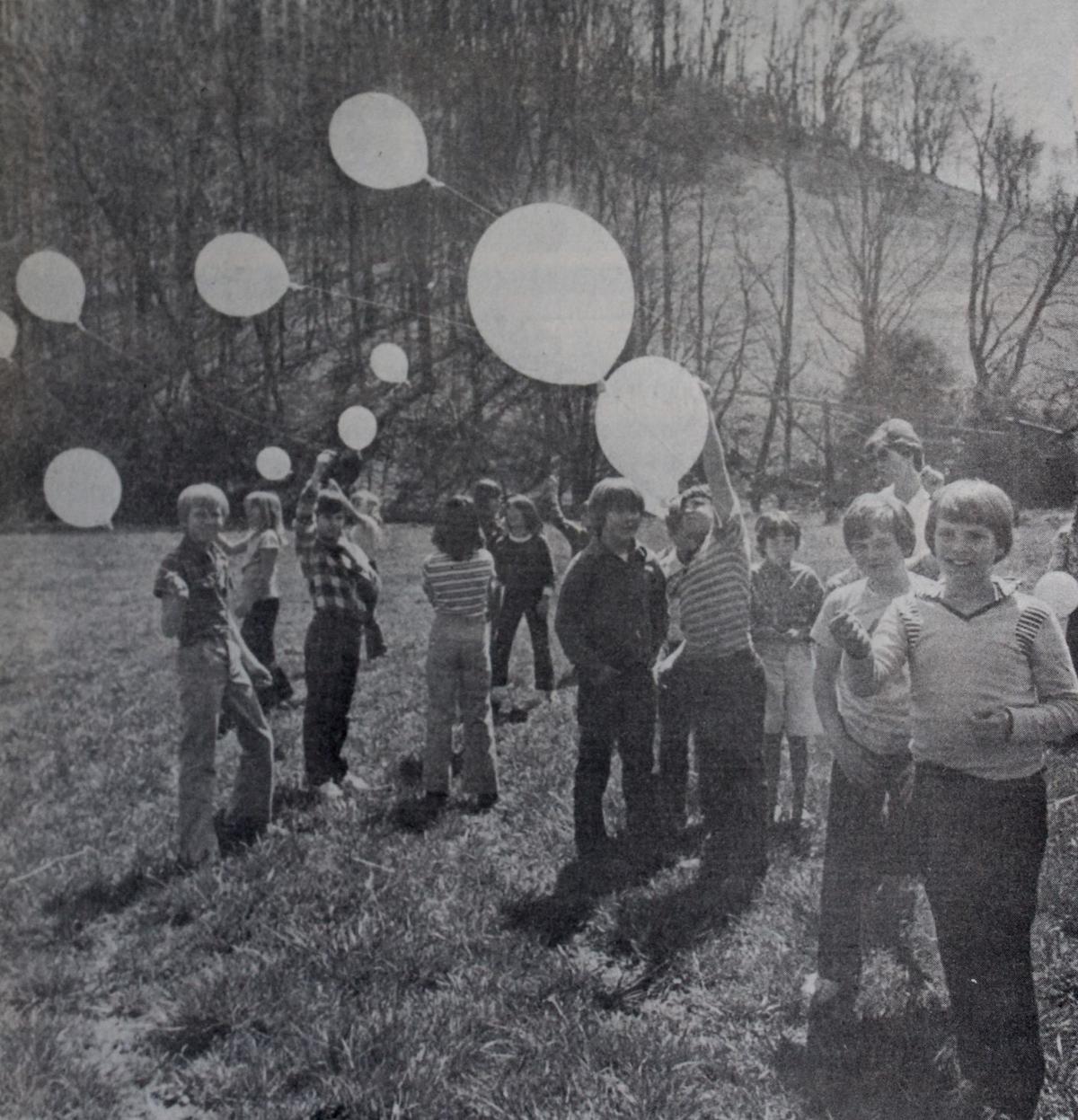 Mabel Elementary School students observe National Library Week in 1980, by writing messages in balloons and sending them off to be found by unknown persons. 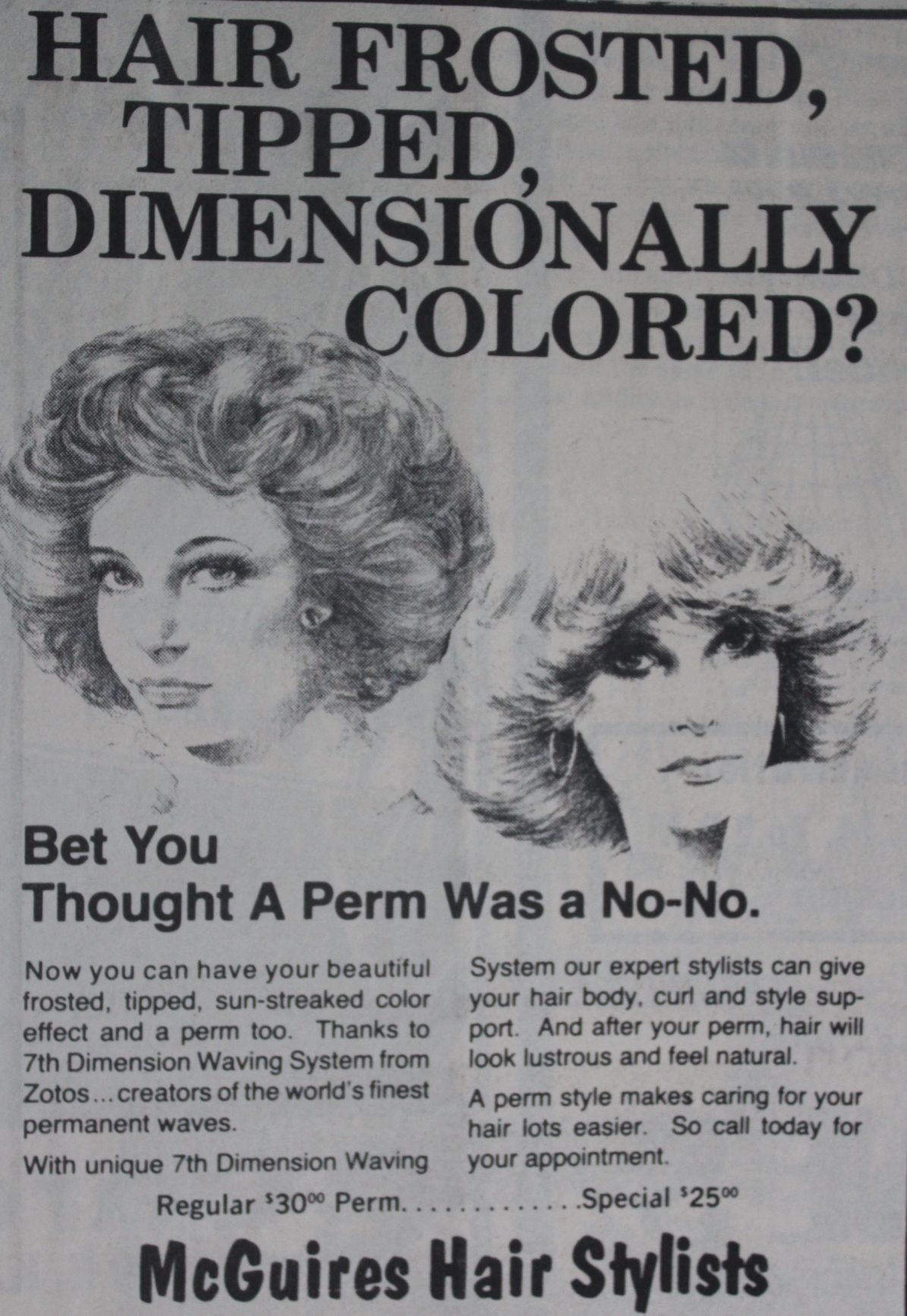 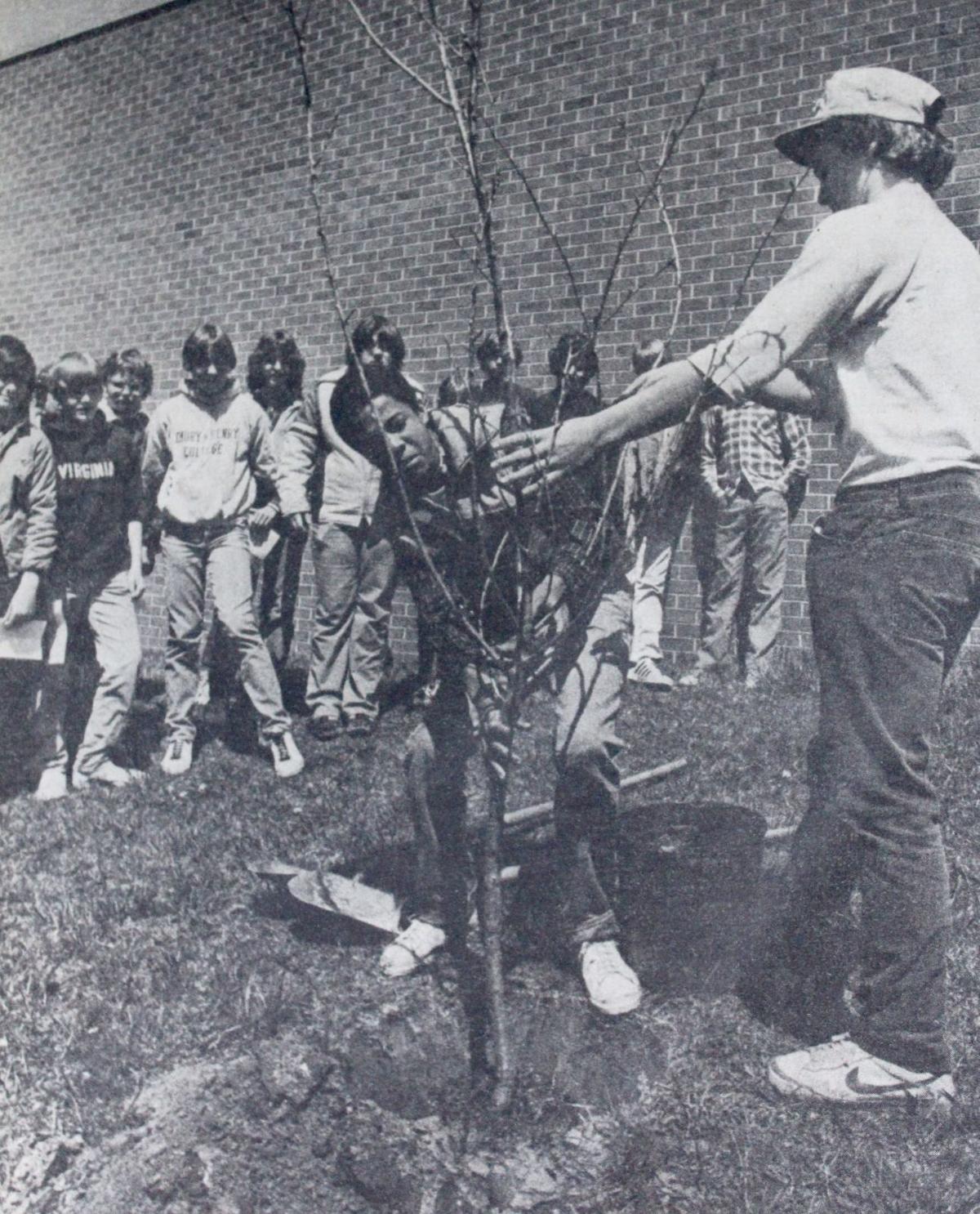 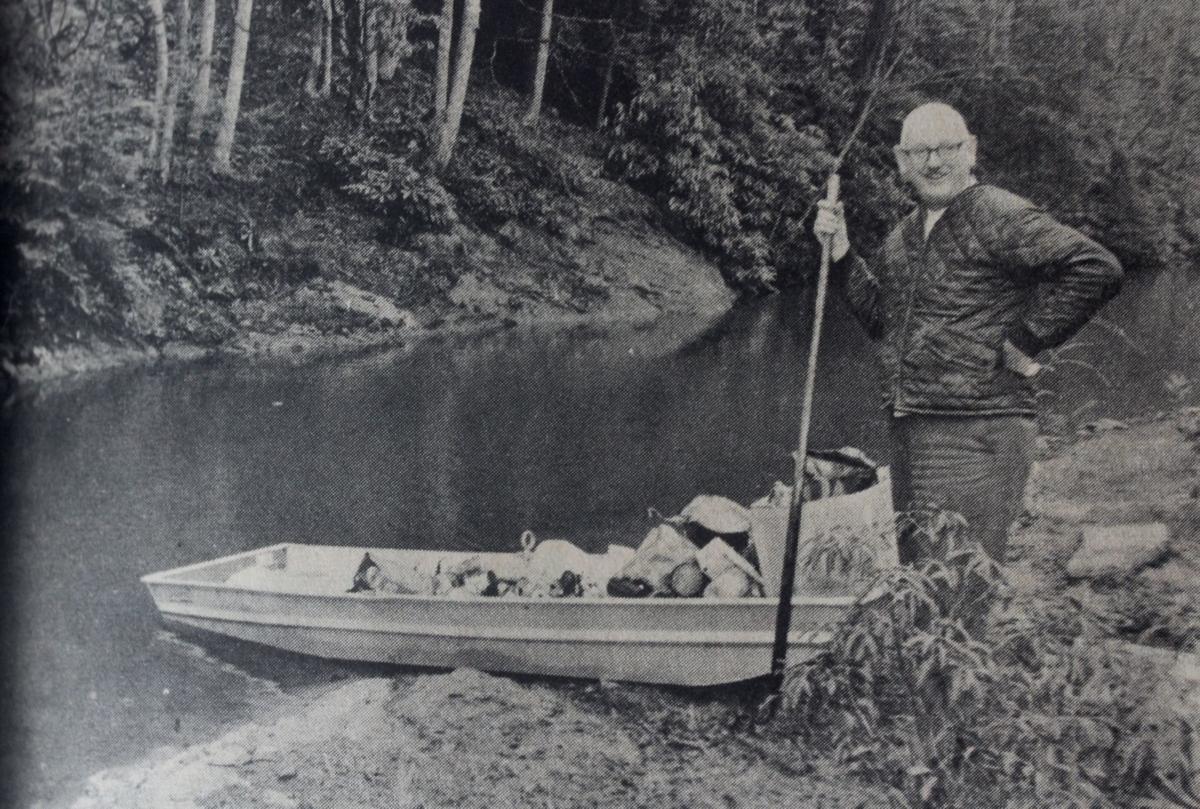 Florida native Walther Lazier and other helpers cleaned up some of the trash in Tate’s Dam off of US 321 in 1970.

Mabel Elementary School students observe National Library Week in 1980, by writing messages in balloons and sending them off to be found by unknown persons.

Florida native Walther Lazier and other helpers cleaned up some of the trash in Tate’s Dam off of US 321 in 1970.

“Watauga County girls are being offered an opportunity for fame and fortune through education and proper guidance in building a successful career for themselves through participation in the Miss Watauga County Pageant,” stated a 1960 Watauga Democrat article titled “Watauga Girls Asked to Enter Pageant.”

“The local contest, a preliminary elimination leading to the eventual selection of Miss America 1961 in Atlantic City, will find 10 girls competing for the local title and a chance to enter the Miss North Carolina eliminations in Charlotte,” the article stated.

“Rules for participating in the Miss Watauga County Pageant are as follows:

“According to Bob Lord, administrator of Camp Broadstone, this Appalachian State University camp facility will be available for a summer camp for boys during the month of July,” stated a Watauga Democrat article titled “All Systems Are Go For Camp Lift Off.”

“The camp will be an educational, cultural and maturing experience,” the article stated. “He indicated that Camp Broadstone adequately will accommodate the 18-member staff and 72 boys, the number to be accepted at each 10-day session.”

The following article is from an April 24, 1980, Watauga Democrat article titled “New Cult Worships Windmill.” In the article, Wooshies founders created a 15-minute long informational video as a parody of CBS’ “60 Minutes.”

“Cult worshippers in Boone? There sure are, and they are calling themselves the ‘Wooshies,’” the article stated.

“They believe there are powers to be gained from windmill worship, and they developed here locally with the development of the windmill,” the article stated. “The cult’s name, appropriately enough, is derived from the object of their adoration.”

“Their shrine is the wind generator turbine perched atop Howard’s Knob, a project of the National Aeronautics and Space Administration, Department of Energy, General Electric and Blue Ridge Electric Membership Corporation. But don’t be alarmed. These are not youthful believers camped at the windmill site. They only exist on tape. But nevertheless, they are known, and the news of their existence has reached as far away as France, Canada and Germany.”

“(Founder Kenn) Hochstetler has even received a picture from Germany that pictures a car with a ‘Wooshie’ bumper sticker on it,” the article stated.

“‘Most people think it’s humorous,” Hochstetler said, “and they’ve likened it to the idea of the mountaineers trying to pull the wool over the flatlanders. It’s really something that I think local folks have had a few smiles and laughs about and enjoyed … Everybody has heard something about the Wooshies.’”