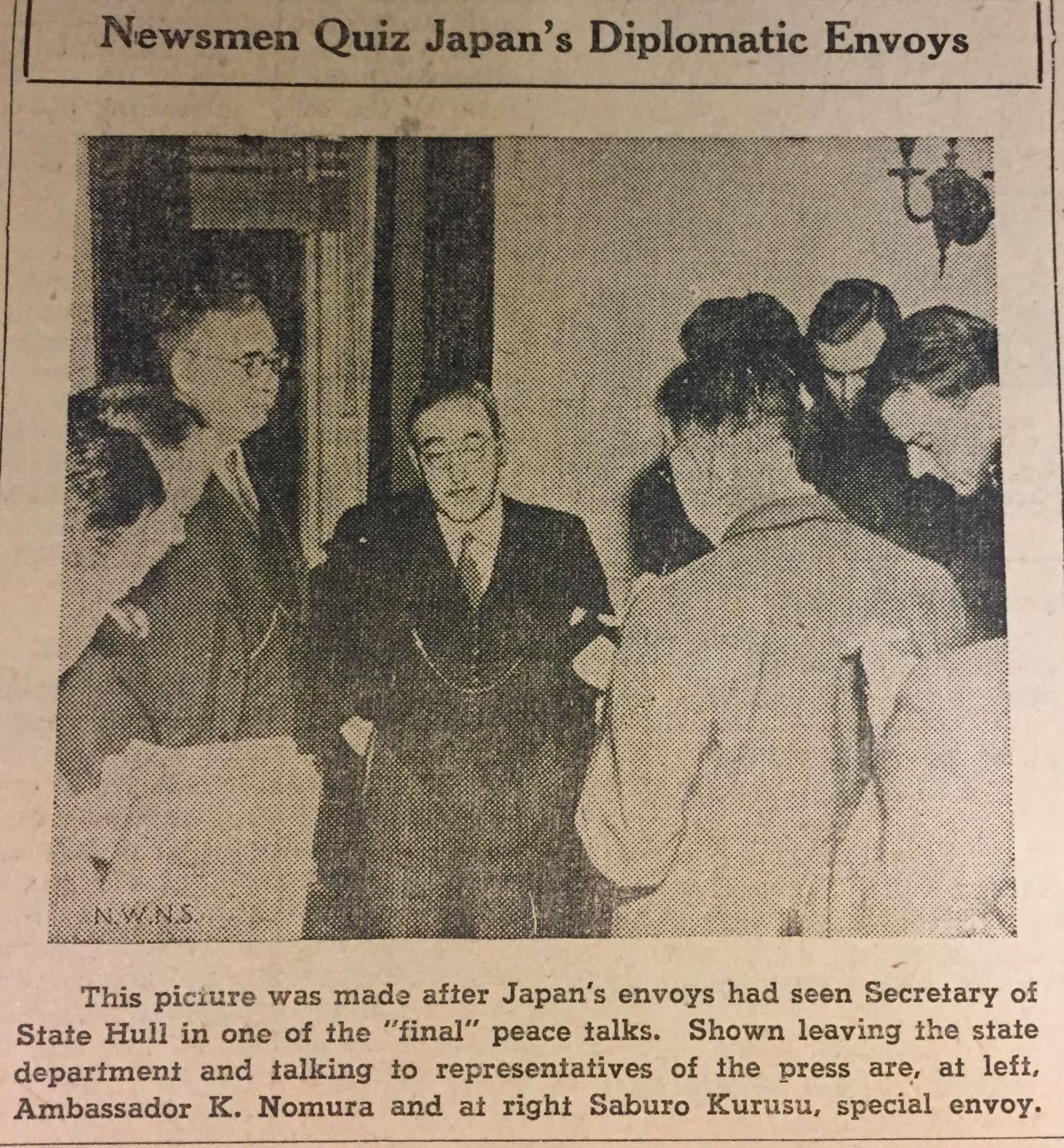 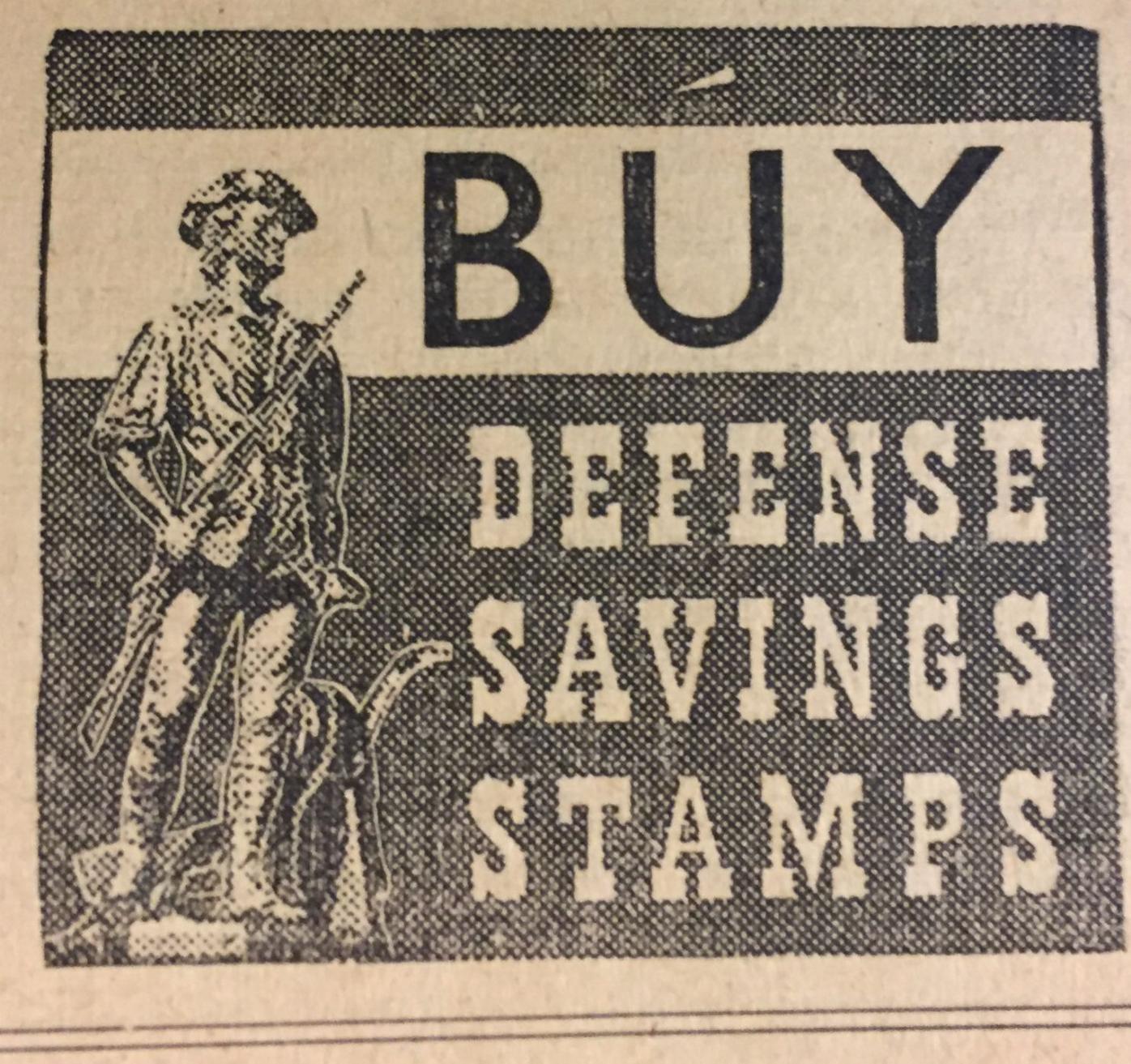 This ad for ‘Defense Saving Stamps’ appeared in the Watauga Democrat following the Pearl Harbor attack.

Watauga County resident, Glen Farthing was believed to have been on the U.S.S. West Virginia during the attack on Pearl Harbor.

A headline from the Dec. 11, 1941 edition of the Watauga Democrat announces war with Japan.

This ad for ‘Defense Saving Stamps’ appeared in the Watauga Democrat following the Pearl Harbor attack.

Watauga County resident, Glen Farthing was believed to have been on the U.S.S. West Virginia during the attack on Pearl Harbor.

A headline from the Dec. 11, 1941 edition of the Watauga Democrat announces war with Japan.

Dec. 7, marked the 79th anniversary of the Japanese attack on Pearl Harbor. Described by President Franklin Roosevelt as “a date which will live in infamy,” the Dec. 7, attack would thrust the United States into World War II, a war which would cost the lives of an estimated 418,000 Americans. Looking back into the Watauga Democrat’s archives, we’re able to capture a glimpse of the shock, sadness, anger and resentment felt by High Country residents as they looked toward an uncertain future in the week following Pearl Harbor.

Published four days following the attack, a headline on the front page of the Dec. 11, 1941, edition of the Watauga Democrat read the “U.S. is at War with Japan.” According to the newspaper, the Boone Chamber of Commerce “passed resolutions condemning the unprovoked attack,” stating that “wars are won by the united efforts of a united nation whose citizens are willing to make whatever sacrifices are necessary to win.”

Meanwhile, local organizations began the necessary steps to contribute to the war effort. Per the Watauga Democrat, the local Red Cross was asked via telegraph by the organization’s president, Norman H. Davis, to raise “$1,500 of a fifty million dollar fund for the relief the nation’s armed forces and civilians as a result of the needs growing out of the American-Japanese war.” On the night following the attack, Boy Scout Troop 41 held their regular meeting in which they discussed “what Scouts could do to help in war times” as their Scout Master “told of experiences he had during the last war.”

The local chapter of the American Legion also planned a meeting for the Friday following the attack, in which they urged “all Auxiliary members and Legionaries to be present.” The legion noted that it wanted to “demonstrate to the county, state and nation” that they were for “God and country and against the outrages perpetrated by Japan.”

In downtown Boone, local merchants incensed over the attack made plans to destroy their Japanese merchandise. According to the article, “bitter resentment felt in this locality over the assault by Japan” was “reflected between some merchants on the street.” The merchants “agreed to sort out all toys and trinkets from their stocks, labeled ‘made in Japan’ and burn them in a demonstration on the square.”

Some High Country residents were affected more personally by the attack than others. According to the Watauga Democrat, the parents of Louis Glenn Farthing of Valle Crucis anxiously awaited news from their son who was a crew member of battleship West Virginia stationed at Pearl Harbor. During the attack, the U.S.S. West Virginia would be struck by multiple Japanese torpedoes and aerial bombs and would sink upright on the harbor’s floor.

The newspaper also noted “Bern Adams of Boone, and Lee Robbins of Blowing Rock, both members of the U.S. Navy are at Pearl Harbor and perhaps other local sailors and soldiers.”

In the end, the Japanese attack on Pearl Harbor killed 2,390 Americans, however, at time the Dec. 11, 1941 edition of the Watauga Democrat was put into print the full extent of the damage was still being recognized. This year’s Pearl Harbor anniversary marked the first one to follow the nationwide commemoration of the 75th anniversary of the end of World War II.