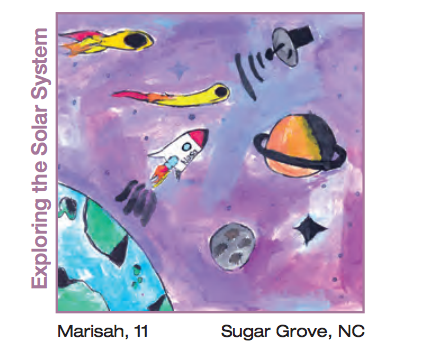 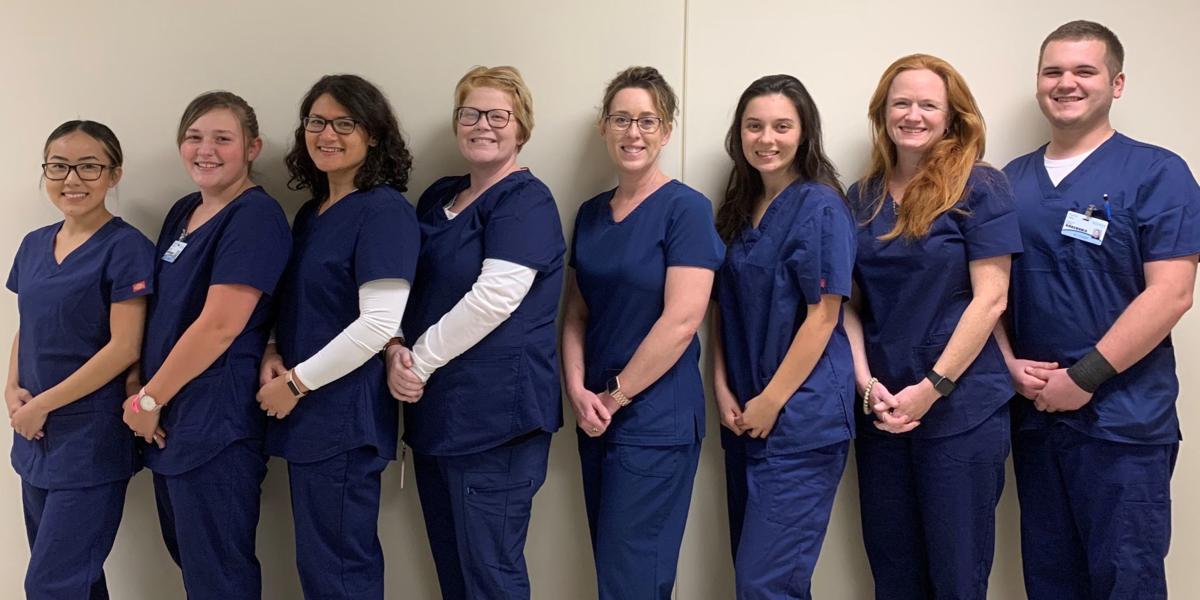 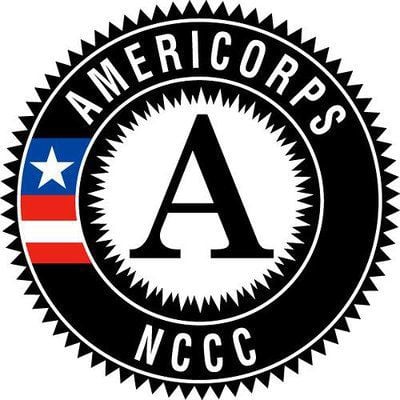 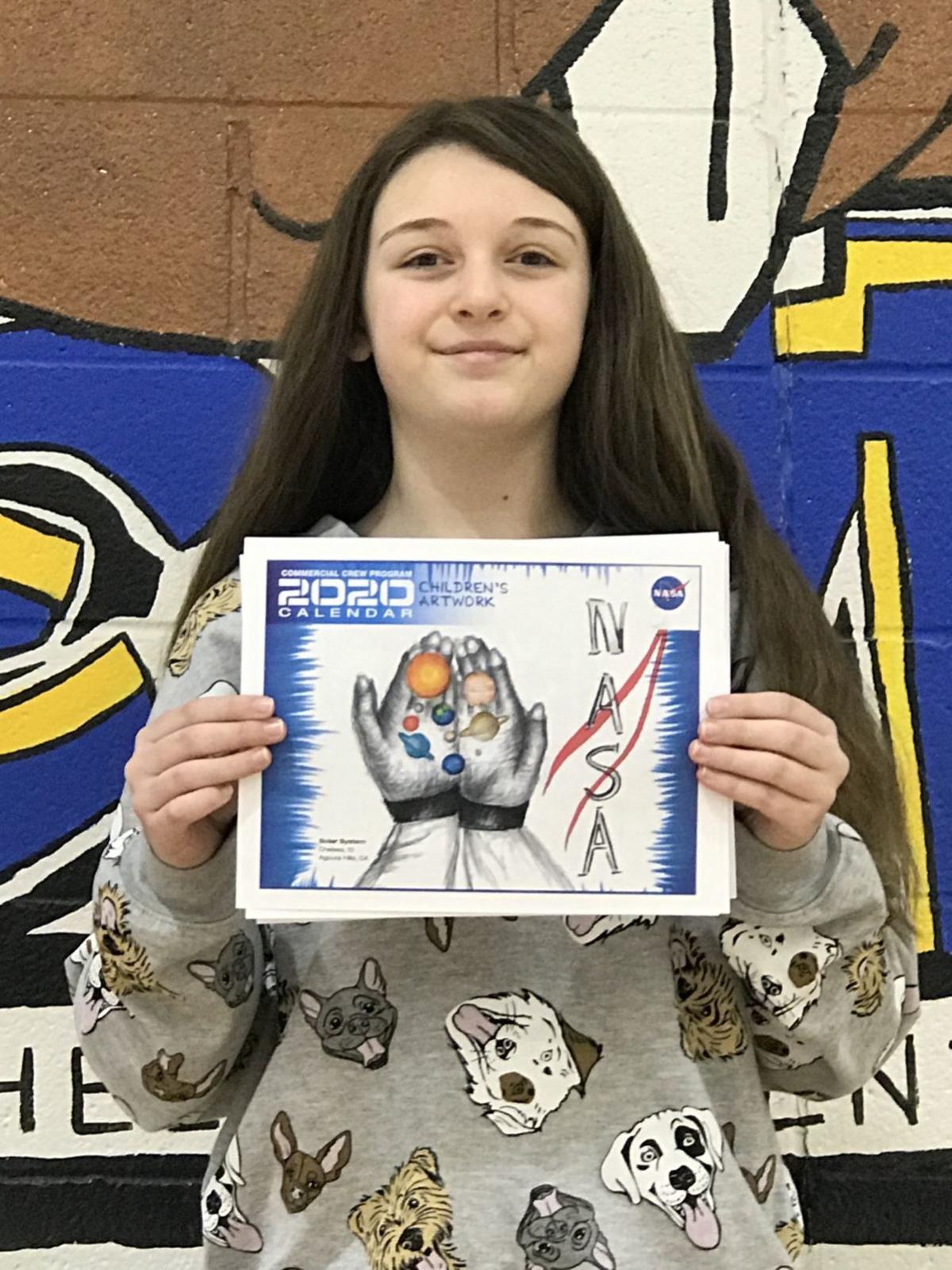 BETHEL — Artwork from a sixth-grade student at Bethel School is showcased in the 2020 calendar produced by NASA’s Commercial Crew Program.

NASA’s Commercial Crew Program hosted an artwork contest for children ages 4 to 12 years old. According to the program, winning artwork was used to create a 2020 calendar with different space-related themes for each month.

Marisah Sluder, daughter of Aaron Sluder and a Sugar Grove resident, had artwork selected as one of 12 runners-up in the contest. Her artwork, displaying the exploration in the solar system, is located at the back of the calendar with other artwork from runners-up.

Bethel sixth-grade teacher Kim Dunnagan said three of her students and one kindergartener from Bethel entered the contest. The students submitted their artwork in October and the winners were announced in December. Dunnagan said she has often tried to find contests for students to enter, as she herself remembered entering various art contests as a child.

“This is the first group of students who were excited about a contest,” Dunnagan said. “I am thrilled that we have students who love art.“

According to Dunnagan, Sluder said that she enjoys art is a hobby, and entered the contest because she typically didn’t use space as a theme and wanted to try something new. Dunnagan added that she was glad that Sluder’s art was chosen and was proud of all who entered.

For more information about the contest and to view the 2020 calendar, visit www.nasa.gov/feature/commercial-crew-2020-calendar-artwork.

The students taught by instructor Sonya Jordan, R.N. and graduated on Nov. 20, 2019.

As a Corps Member, Morrison completed a series of six- to 12-week-long service projects as part of a 10- to 12-person team and will begin a new project in a new location in January.

As a Team Leaders, Fanatico is responsible for managing the daily activities of 10 to 12 Corps Members on their service projects. They serve as a role models, educators, safety managers and liaisons between the campus and project sponsors. They began their term of service with an additional month of training prior to member arrival.

Before joining the NCCC, Morrison attended International School of Amsterdam, from which he graduated in June 2019. Morrison said, “I chose to do a term of national service to re-acclimate to the United States after spending several years abroad, to become more mature before going to college, and to see parts of the country that I have never been to before.” Morrison is the son of Elizabeth Morrison and Gregory Morrison.

Before joining the NCCC, Fanatico attended Watauga High School and the University of North Carolina- Asheville, from which she graduated in 2018 with a degree in biology. Fanatico said, “I joined AmeriCorps NCCC to gain leadership experience, to travel, to be on a team of people my age, and to service underrepresented communities.” Fanatico is the daughter of Mark Fanatico.

AmeriCorps NCCC members, all 18 to 24 years old, complete at least 1,700 hours of service during the 10-month program. In exchange for their service, they receive $6,195 to help pay for college. Other benefits include a small living stipend, room and board, leadership development, team building skills and the knowledge that, through active citizenship, they can indeed make a difference.

AmeriCorps NCCC is administered by the Corporation for National and Community Service. For more information about AmeriCorps NCCC, visit the website at www.nationalservice.gov/nccc.