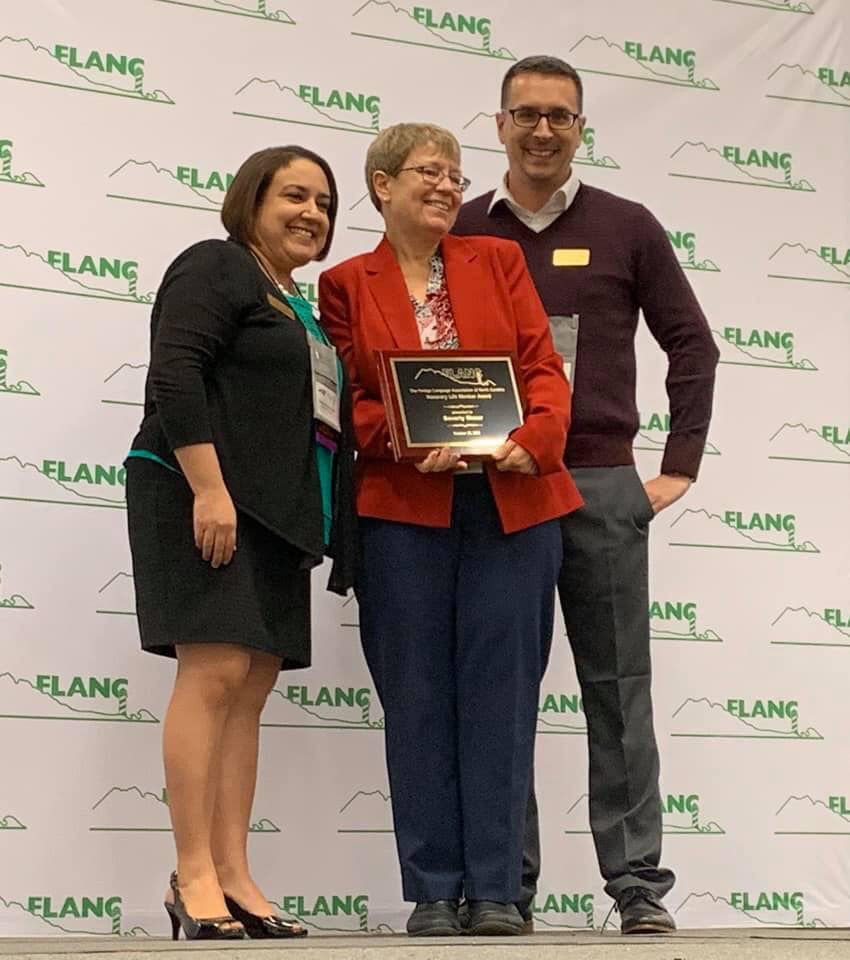 Beverly Moser, professor of German and TESL/applied linguistics at Appalachian, center, accepts the 2019 Foreign Language Association of North Carolina Honorary Life Member Award, which recognizes her years of service to foreign language education in the state and the Appalachian region. Delynda Ramirez-Carter, president of FLANC, left, and Appalachian alumnus Jeff Pageau, second vice president of FLANC, presented Moser with the award during the organization’s 2019 Annual Business Meeting in Winston-Salem, Oct. 25–26, 2019. 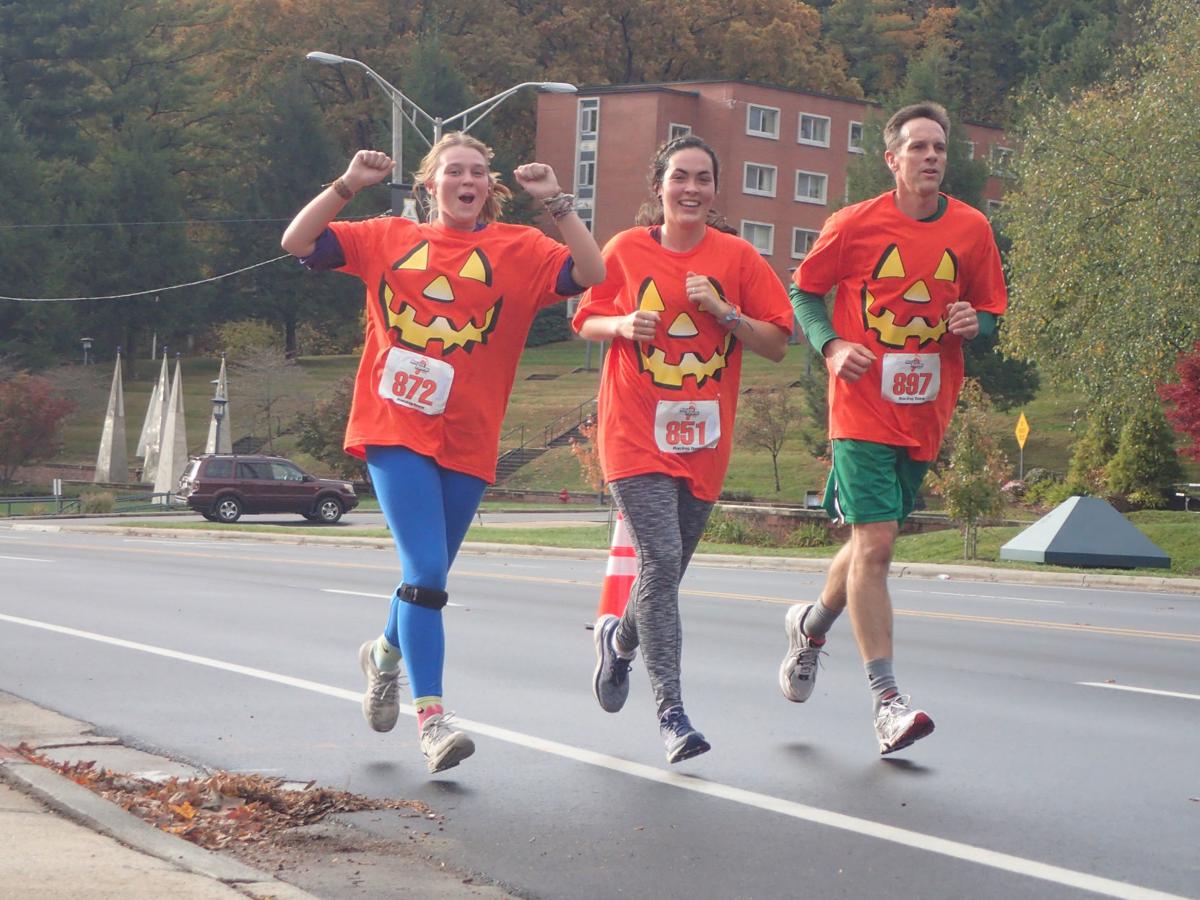 Beverly Moser, professor of German and TESL/applied linguistics at Appalachian, center, accepts the 2019 Foreign Language Association of North Carolina Honorary Life Member Award, which recognizes her years of service to foreign language education in the state and the Appalachian region. Delynda Ramirez-Carter, president of FLANC, left, and Appalachian alumnus Jeff Pageau, second vice president of FLANC, presented Moser with the award during the organization’s 2019 Annual Business Meeting in Winston-Salem, Oct. 25–26, 2019.

BOONE — In recognition of her years of service to foreign language education in North Carolina and the Appalachian region, Appalachian State University’s Beverly Moser, professor of German and TESL/applied linguistics, has been named the 2019 recipient of the Foreign Language Association of North Carolina Honorary Life Member Award.

Moser, who has taught in the Department of Languages, Literatures and Cultures in Appalachian’s College of Arts and Sciences for more than 20 years, received the award during FLANC’s annual business meeting in Winston-Salem held Oct. 25–26.

FLANC’s second vice president, Jeff Pageau, who holds an M.A. in romance languages with a specialization in French from Appalachian, presented the award.

“Beverly has had a profound impact on my career more than any professor in my undergraduate and graduate experiences. I am a better language teacher because of my experiences in her classes,” Pageau said. “She taught us the value of advocacy and being leaders in our profession.”

Moser is active in developing projects to improve language teaching in the college and K–12 settings. By working with colleagues in Appalachian’s Department of Languages, Literatures and Cultures, Moser has developed and implemented several federally funded projects at Appalachian and in the Appalachian region.

BOONE — On a cloudy and relatively mild Saturday late in October, costumed creatures gathered on the campus of Appalachian State University for the ninth annual Spooky Duke 5K/10K Race and Costume Contest.

This year, 363 walkers and runners participated, and 75 volunteers helped make the event a success. With sponsorships, donations and participation fees, the event raised over $14,000 in proceeds to benefit the work of Appalachian’s Parent to Parent Family Support Network-High Country, which assists regional families who have children with special needs.

The Halloween-themed fundraising and awareness-raising event is a USA Track & Field-certified 5K and 10K race with a free costume march and contest in which children, adults and pets can all show off their costumes and share in the fun. Spooky Duke is named in honor of Charles R. Duke, event sponsor and former dean of Appalachian’s Reich College of Education.

Appalachian’s Parent to Parent, housed in the RCOE, provides free support and information to families who have a premature baby or a child with a disability, an emotional or behavioral challenge, a mental illness or a chronic health condition, and also assists families who are grieving the death of a child. The program serves Alleghany, Ashe, Mitchell, Watauga, Wilkes and Yancey counties.