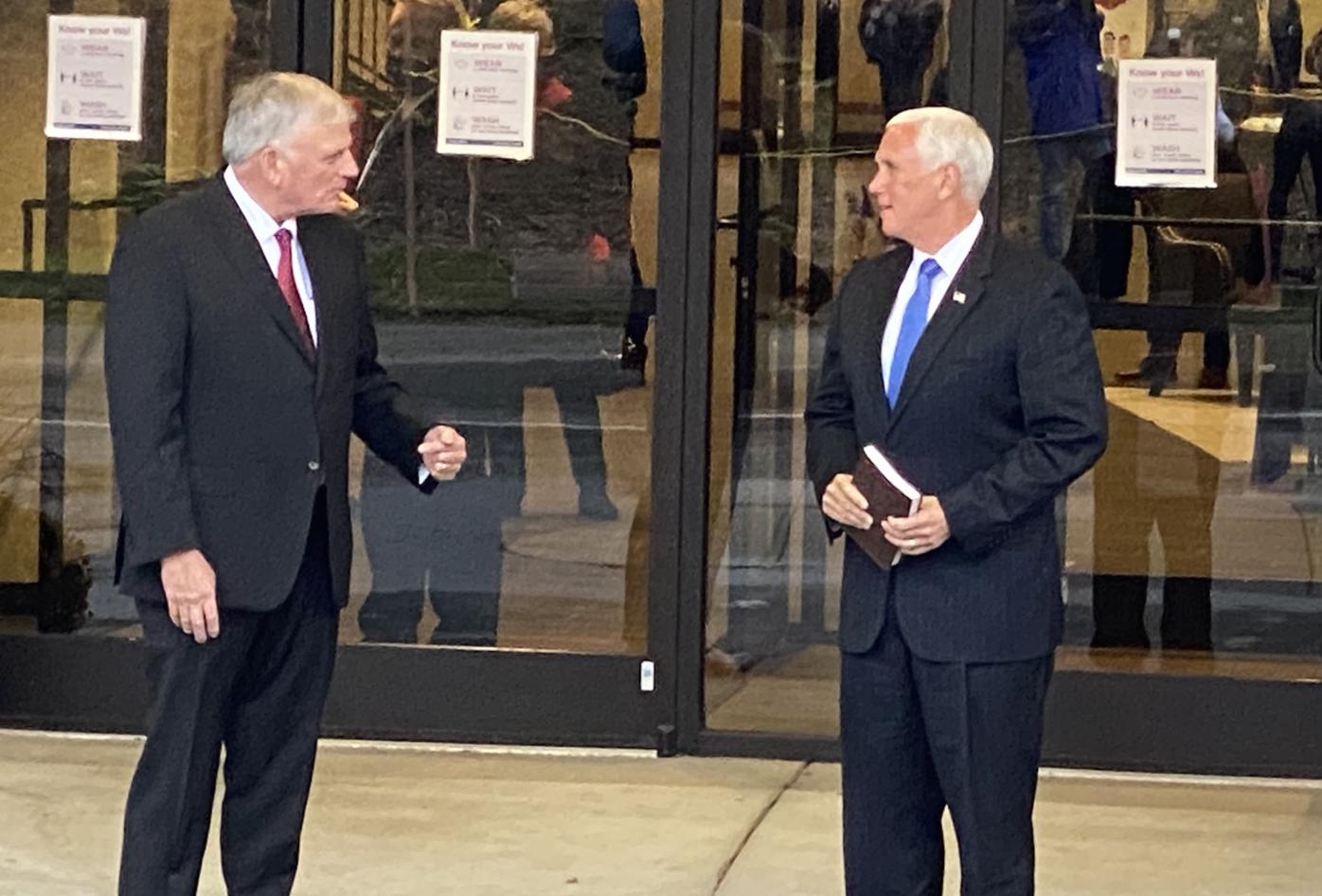 Franklin Graham, president and CEO of the Billy Graham Evangelistic Association and of Samaritan’s Purse, meets Vice President Mike Pence Sunday, Nov. 1, before a service at Alliance Bible Fellowship in Boone. Pence, who is campaigning in North Carolina, attended the morning service at the invitation of Graham. 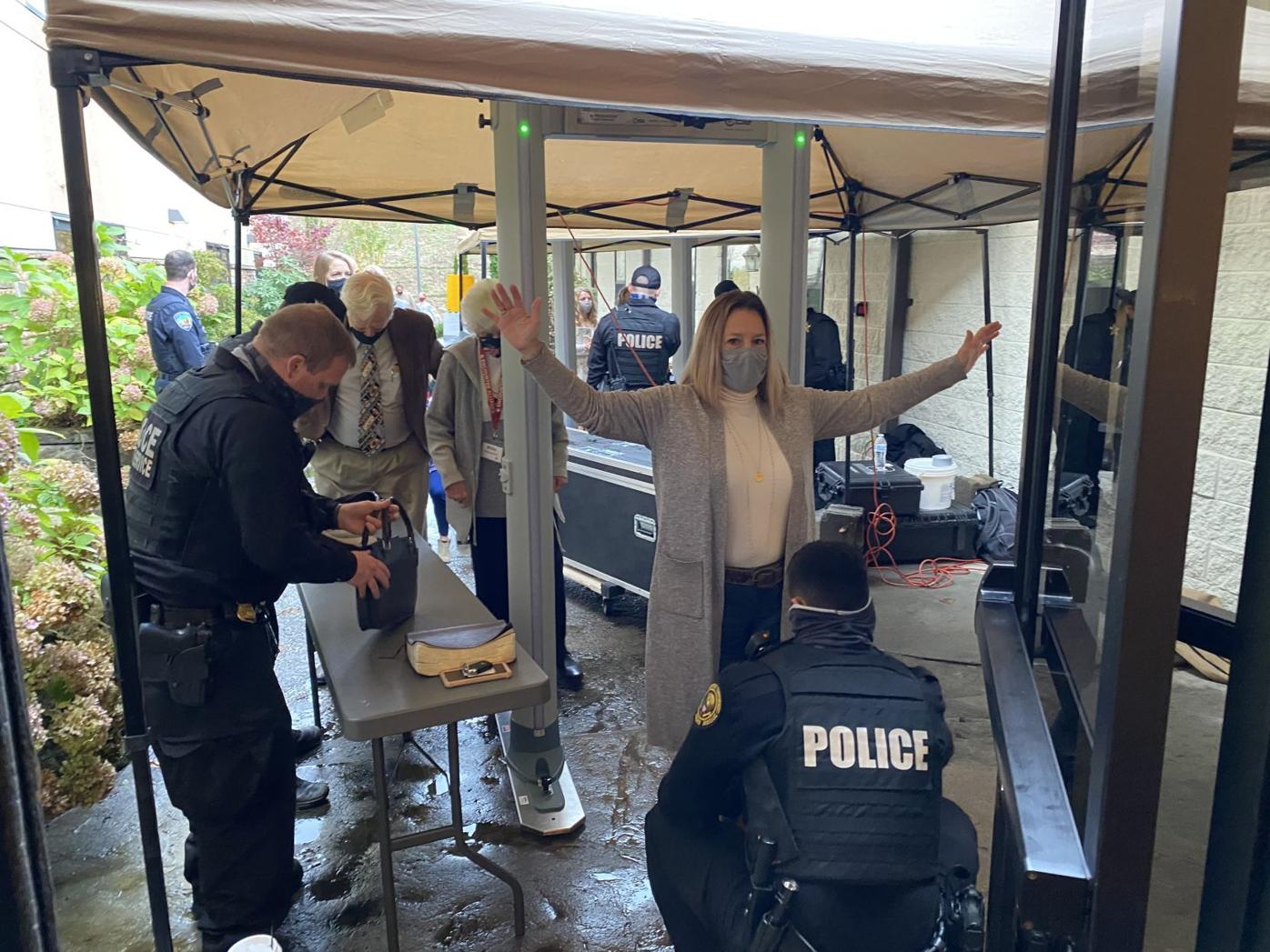 United States Secret Service and local police and deputies monitor people preparing to enter a morning service at Alliance Bible Fellowship in Boone on Nov. 1 before the arrival of Vice President Mike Pence. 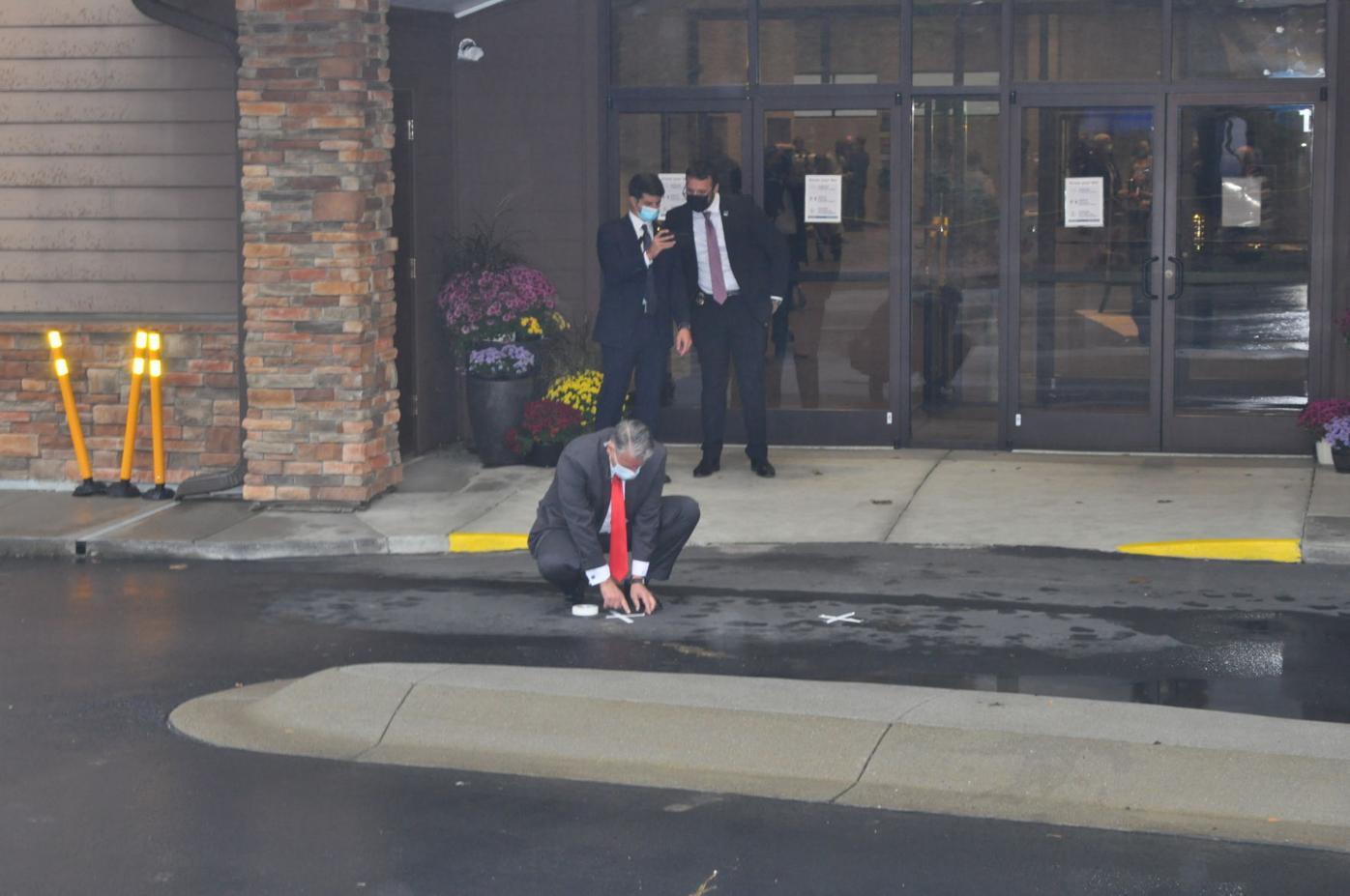 Security officials prepare for the arrival of Vice President Mike Pence at Alliance Bible Fellowship in Boone on Nov. 1. 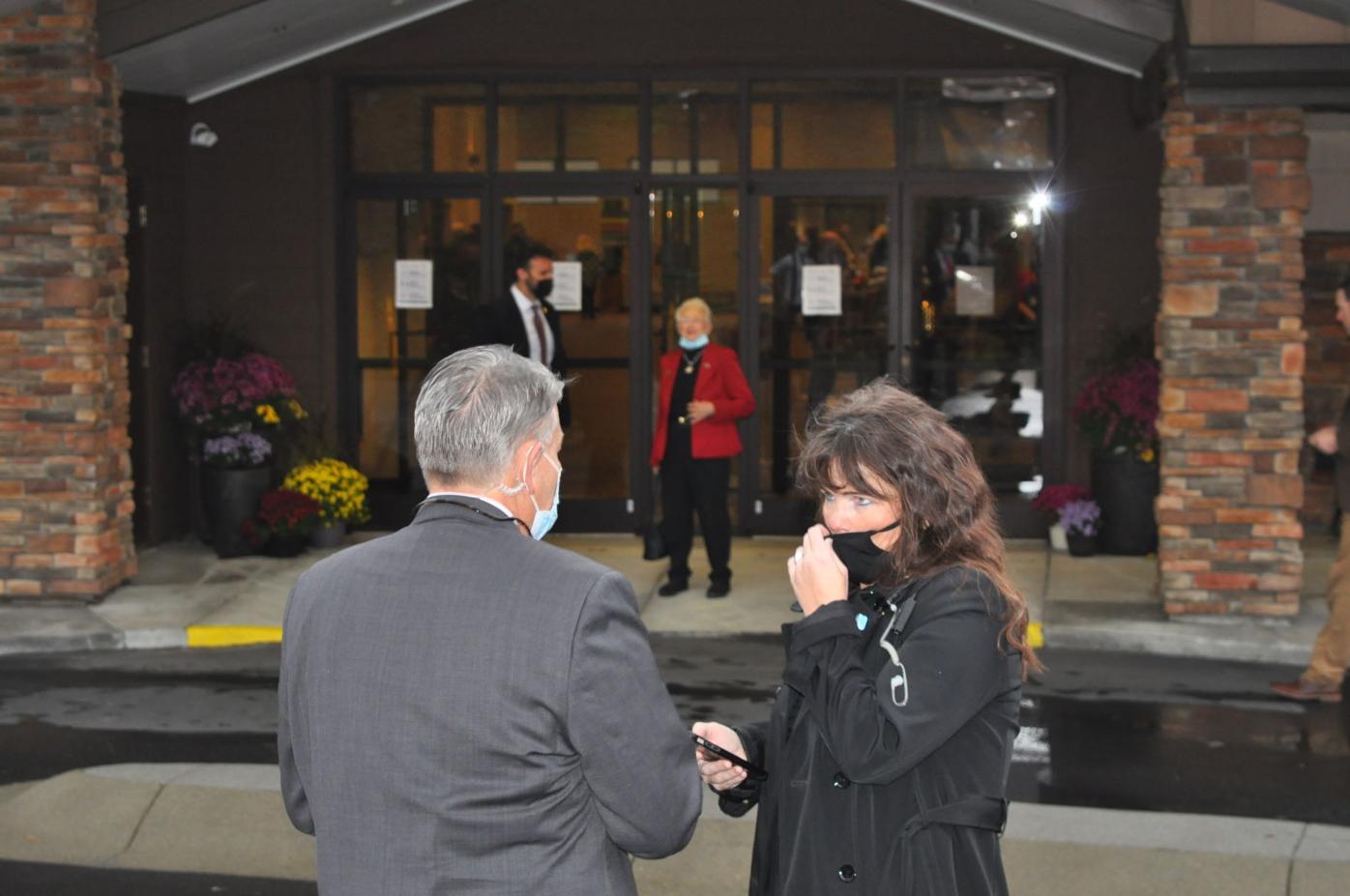 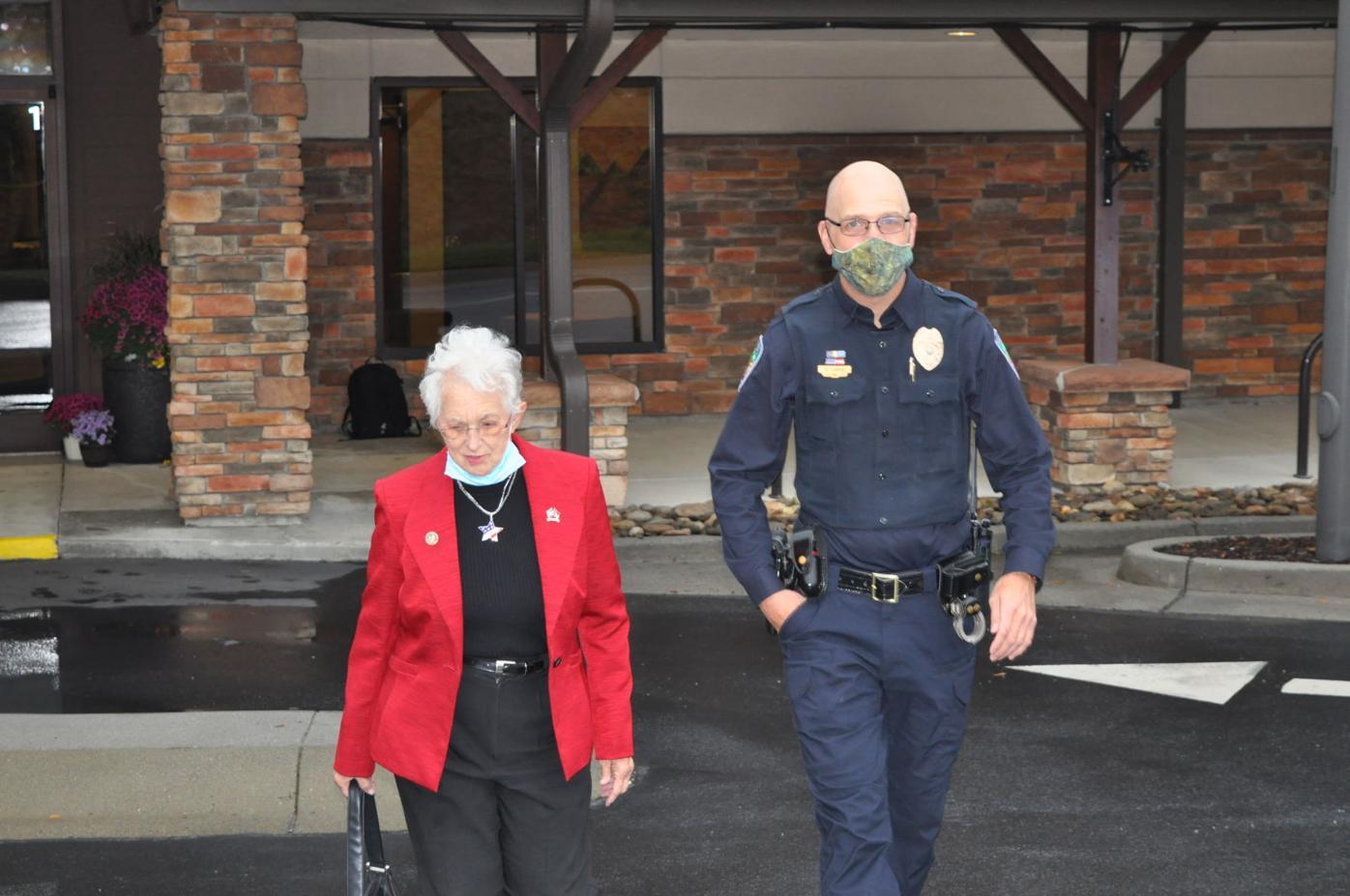 U.S. Rep. Virginia Foxx, with Boone Chief of Police Andy Le Beau, prepares to address the media before the arrival of Vice President Mike Pence at Alliance Bible Fellowship in Boone on Nov. 1. 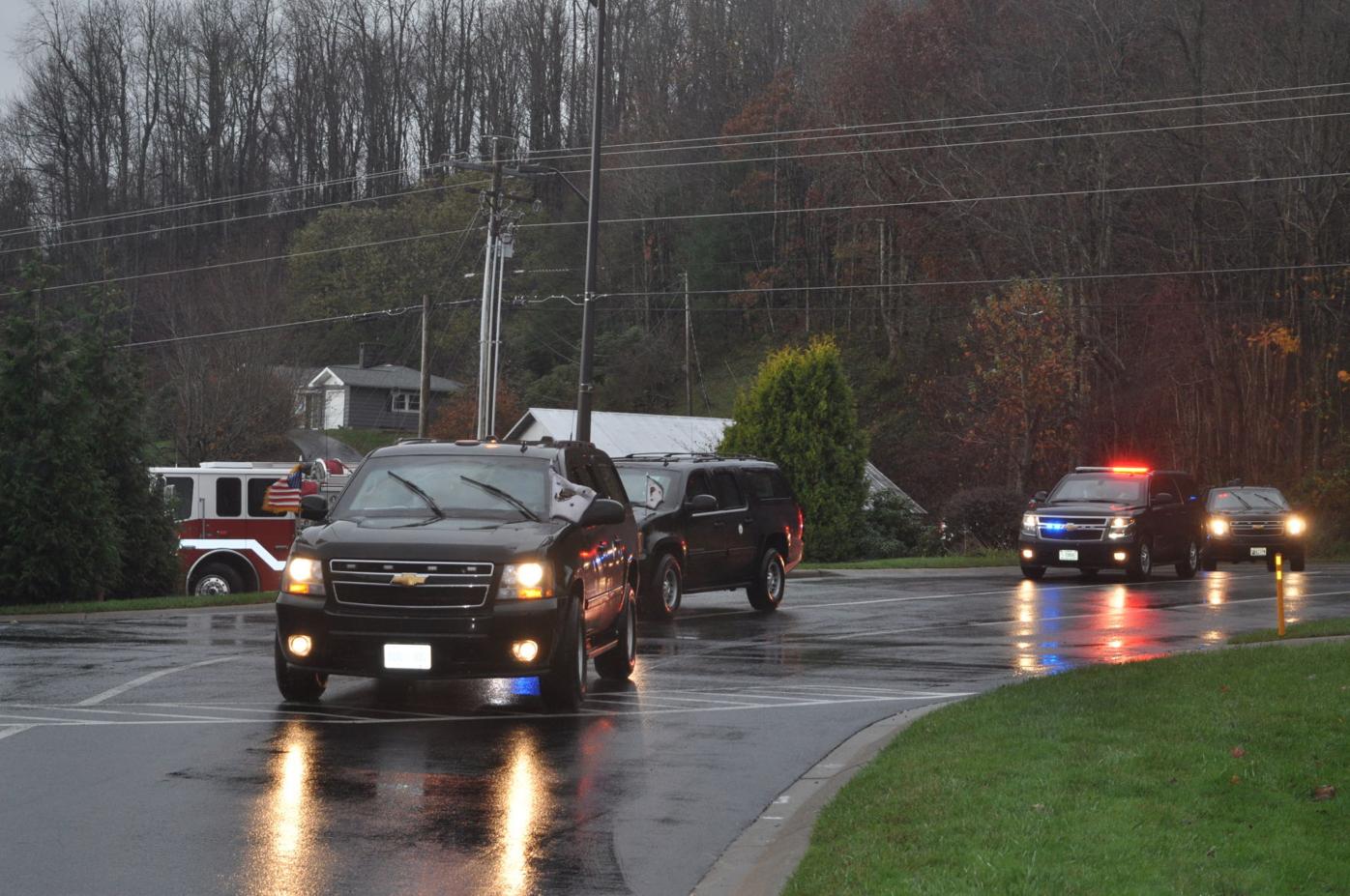 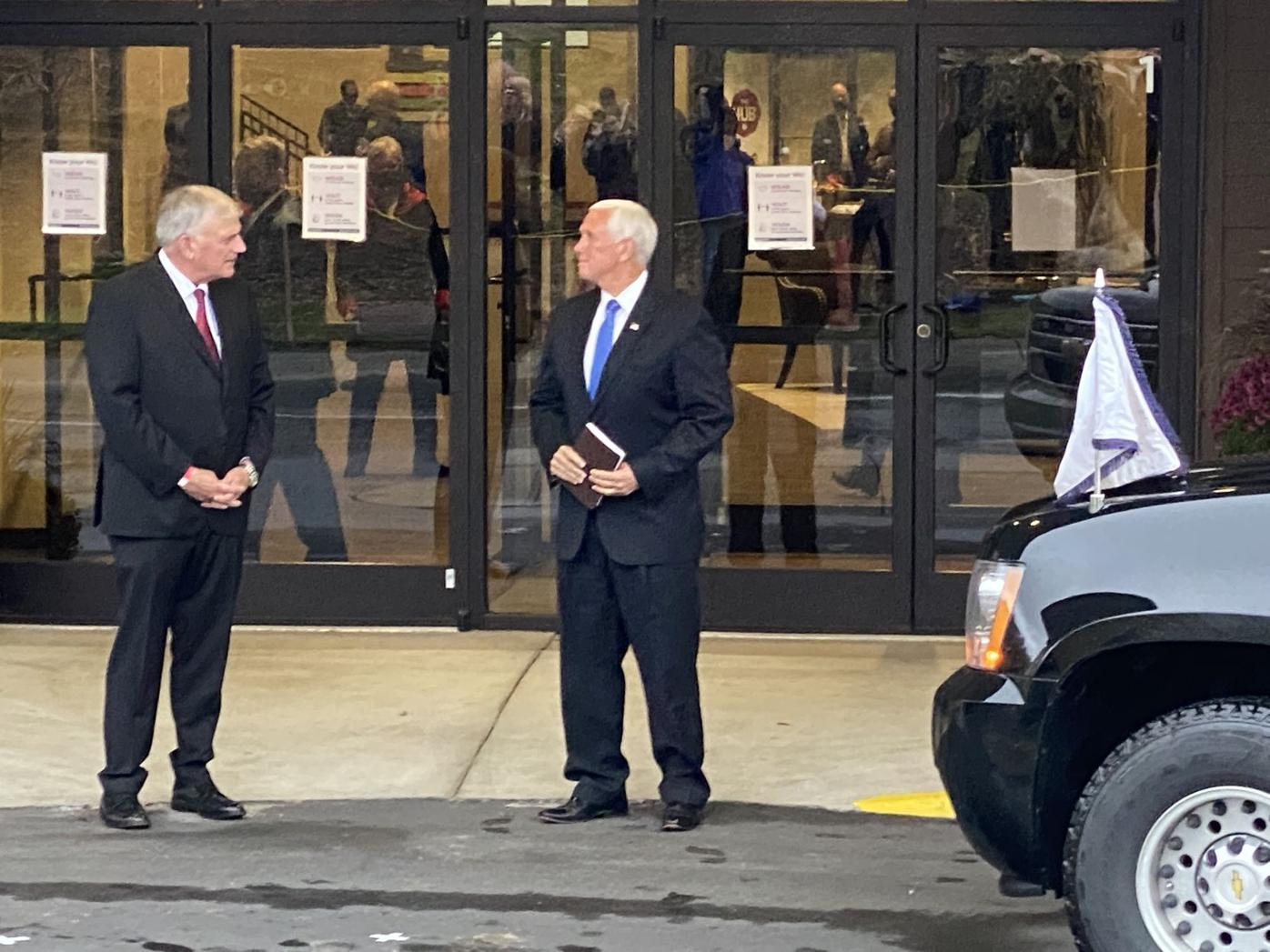 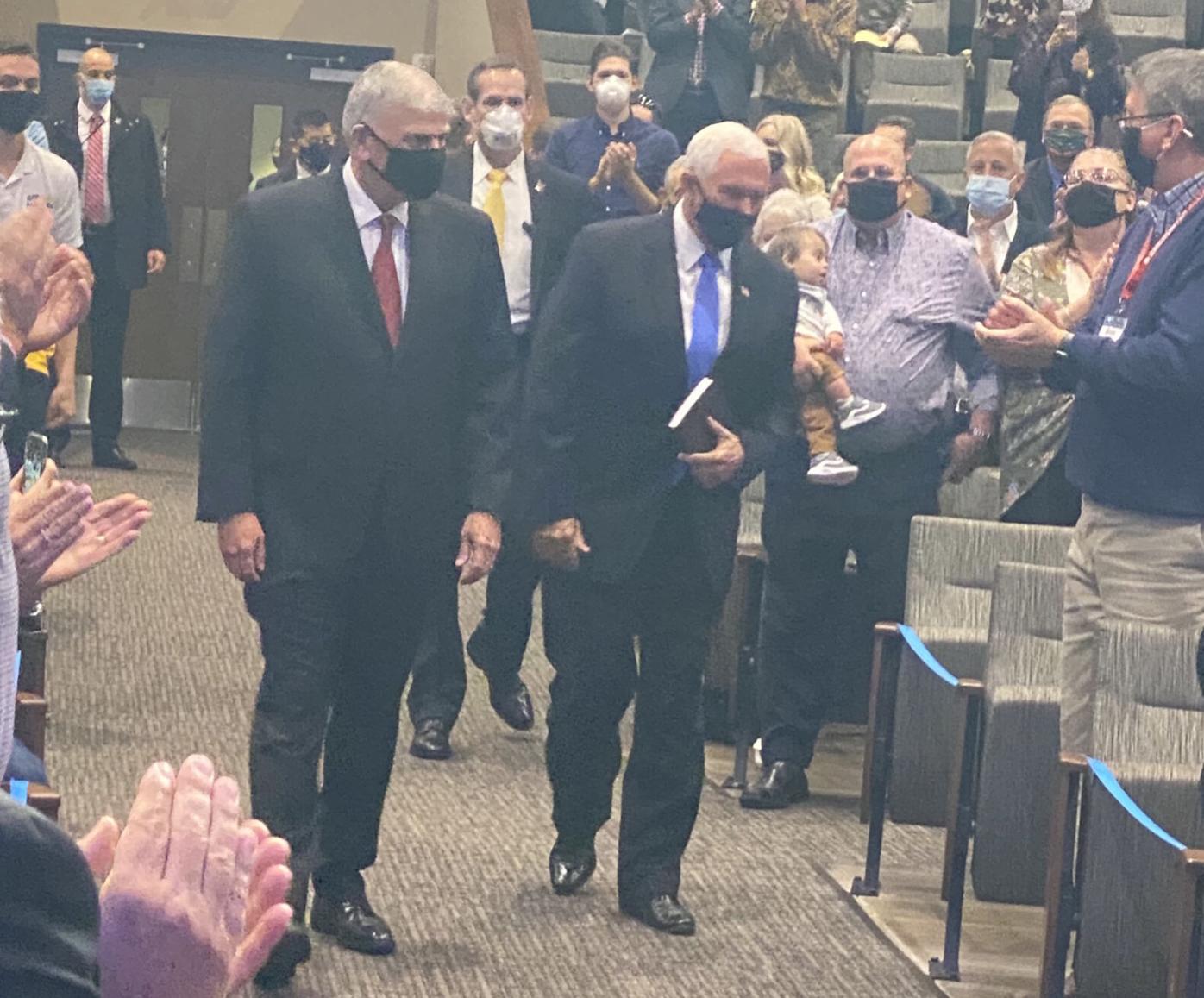 Franklin Graham, president and CEO of the Billy Graham Evangelistic Association and of Samaritan’s Purse, escorts Vice President Mike Pence, who receives a standing ovation, to a seat before a morning service Nov. 1 at Alliance Bible Fellowship in Boone.

BOONE — President Donald Trump and Vice President Mike Pence made campaign stops in North Carolina Nov. 1, with Pence visiting Boone for a morning service at Alliance Bible Fellowship at the invitation of Franklin Graham. Graham, the president and CEO of the Billy Graham Evangelistic Association and of Boone-based Samaritan’s Purse, greeted the vice president and escorted him into the service.

The event was closed to the media and Pence made no public comments. Visitors went through security checks before entering the service and masks were required to be worn.

Pence, a former governor and congressman, is campaigning throughout the battleground state in the days leading up to the Nov. 3 election, touting his opposition to abortion rights and support for deregulation of business.

“It’s terrific to see the vice president in Watauga County. We’re good friends,” said Foxx, who was also a Republican on Tuesday’s ballot.

“I feel really good about the (election) trend right now,” Foxx said on Sunday. “I feel good about (Sen.) Thom Tillis. It’s been a lot like a roller coaster. The difference between the (presidential) candidates is being shown right now.”

Among his duties as vice president, Pence was tapped by Trump to head the White House Coronavirus Task Force overseeing the U.S. response to the pandemic.

Foxx, who said that states need to take the lead in curbing their pandemic trends, said in response to questions about individual virus fatigue nine months into the pandemic that shutting down the nation again is not the answer.

“We need to open up the country,” Foxx said. “I agree with the president on that.”

Trump spoke Nov. 1 at a 5:30 p.m. rally at Hickory Regional Airport. Attendees were given a temperature check, masks that they were told to wear and access to hand sanitizer.

I voted for Trump and Pence but not for Foxx. She has done nothing but go around getting her picture taken everywhere she can. She votes how she is told to vote. The staffers do all of the work. I seriously doubt that Pence considers her a good friend, he probably is barely even aware that she exists. I voted for David Brown.

The story seems incomplete without coverage/mention of the protestors outside. i.e. Doesn't seem fair and balanced.

The story seems incomplete without some sort of engagement with/mention of the protestors outside. ie Doesn't seem fair and balanced.