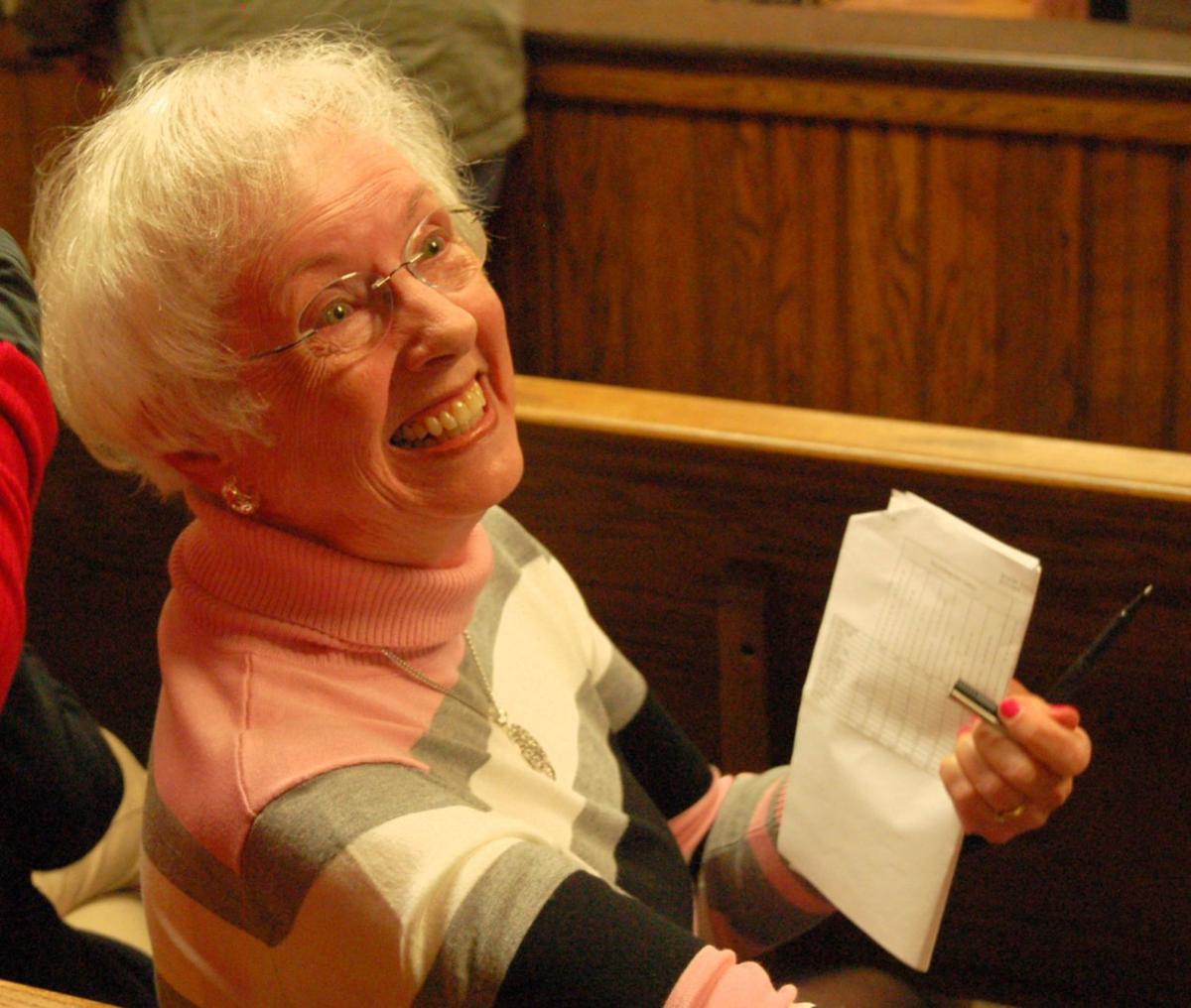 Loretta Clawson reacts with joy after finding out she has been re-elected to Boone Town Council after a provisional and absentee ballot counting meeting of the Watauga County Board of Elections on Wednesday, Nov. 13. 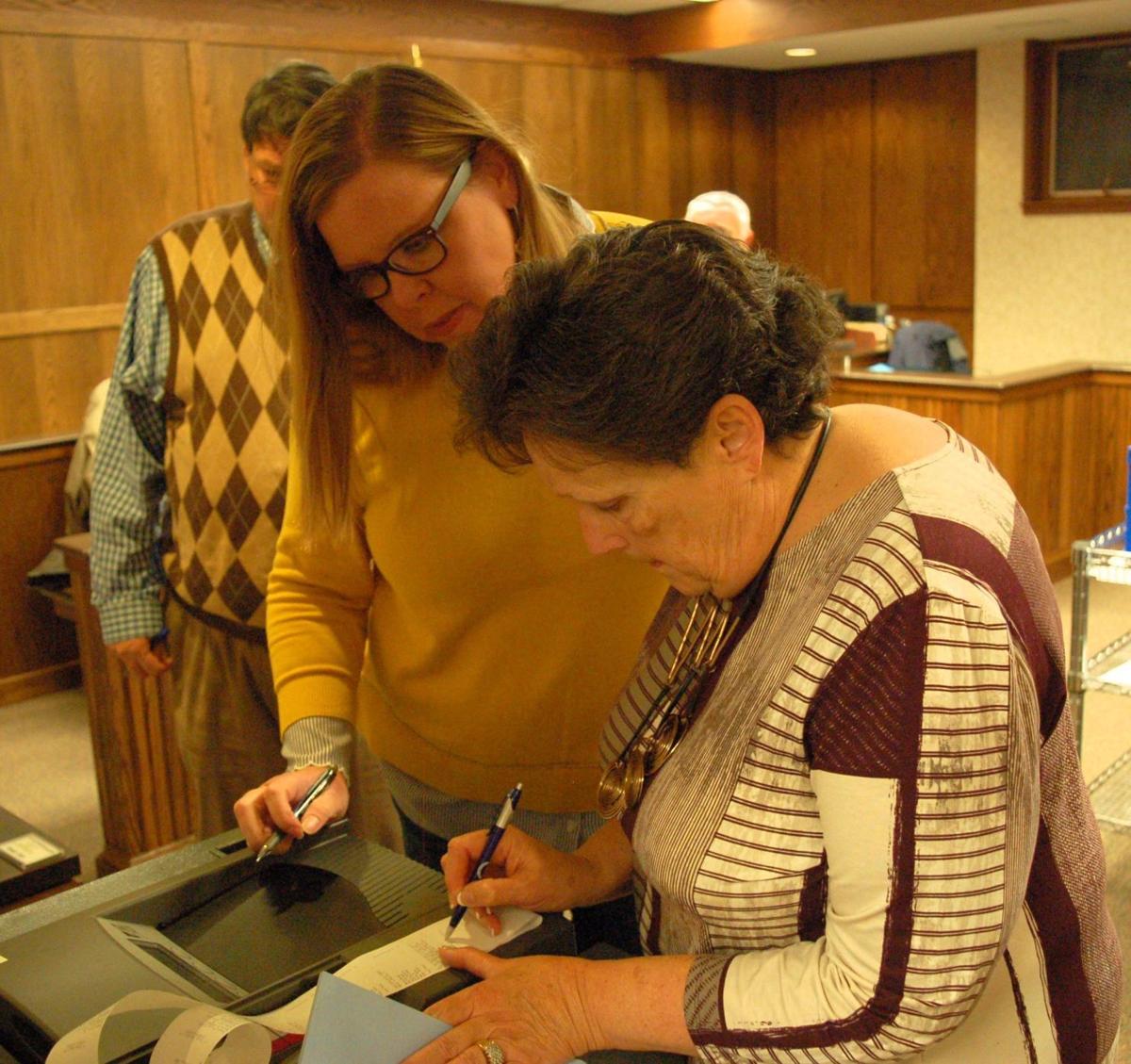 Watauga County Board of Elections board Chair Jane Ann Hodges, right, and board member Nancy Owen, center, sign off on a tape produced by a ballot machine at the board’s provisional and absentee ballot counting meeting on Wednesday, Nov. 13. 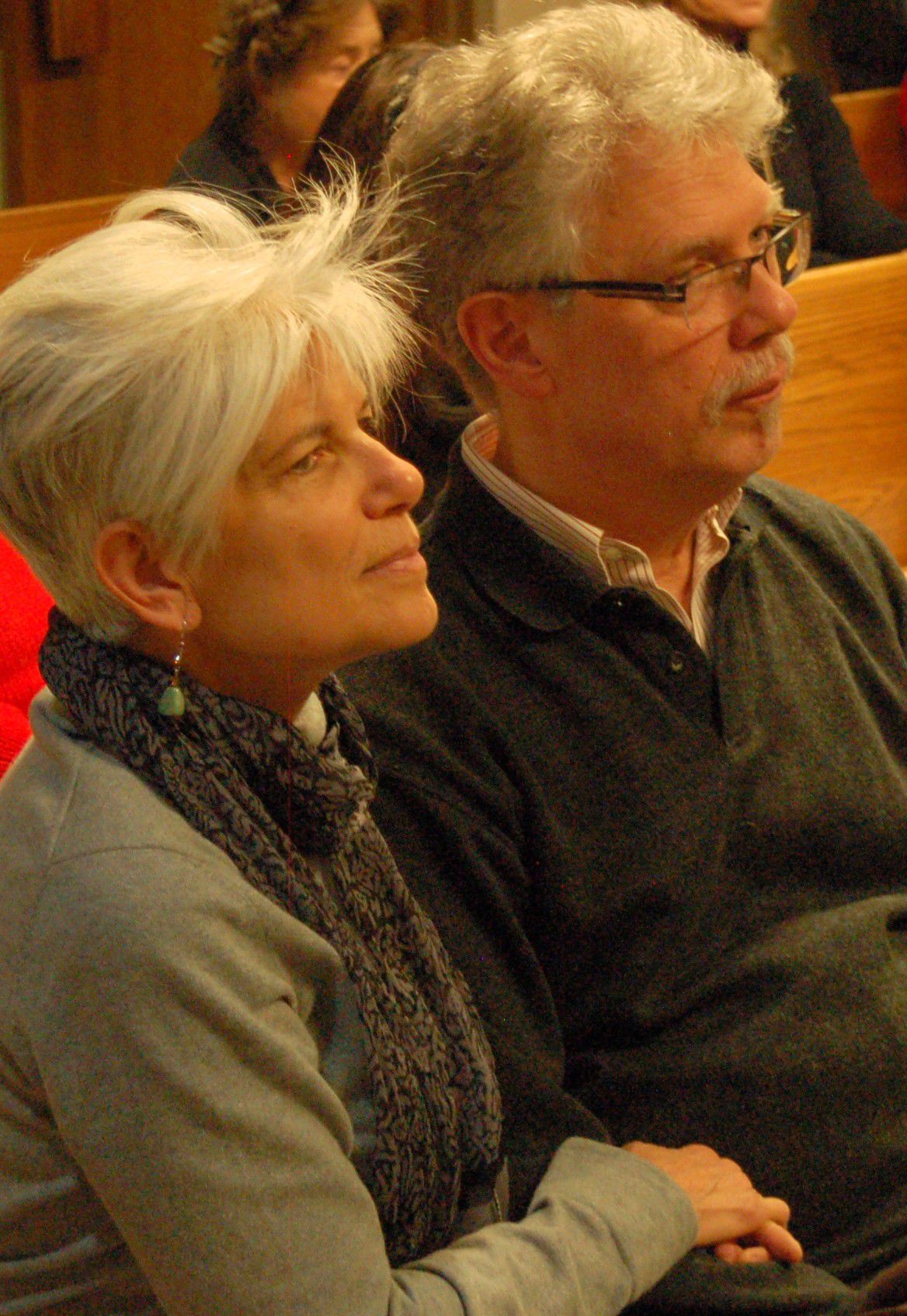 Boone Town Council candidate Nancy LaPlaca, left, and her partner Douglas James, right, await the results of the provisional and absentee ballot count during a Watauga County Board of Elections meeting on Wednesday, Nov. 13.

Loretta Clawson reacts with joy after finding out she has been re-elected to Boone Town Council after a provisional and absentee ballot counting meeting of the Watauga County Board of Elections on Wednesday, Nov. 13.

Watauga County Board of Elections board Chair Jane Ann Hodges, right, and board member Nancy Owen, center, sign off on a tape produced by a ballot machine at the board’s provisional and absentee ballot counting meeting on Wednesday, Nov. 13.

Boone Town Council candidate Nancy LaPlaca, left, and her partner Douglas James, right, await the results of the provisional and absentee ballot count during a Watauga County Board of Elections meeting on Wednesday, Nov. 13.

BOONE – Dustin Hicks, Loretta Clawson and Nancy LaPlaca will receive Boone Town Council seats after 109 absentee and provisional ballots were approved and counted by the Watauga County Board of Elections on Wednesday, Nov. 13, at the Watauga County Courthouse.

“It’s so exciting, it’s kinda crazy,” said Hicks, an Appalachian State student. “I intend to do my best to serve the community fully and be as thoughtful and kind as possible and use it in a way that gets more people involved and participating in local decision making.”

“I want to say ‘thank you’ to everyone who supported me and the other candidates for running,” Hicks added.

“I’m very, very happy and very appreciative of the people that came out to vote and I’m just absolutely thrilled,” Clawson said after tallying the numbers up. “I got four more years and we get lots of stuff to do in these four years and I’m up to the job.”

Clawson has served the town of Boone since 1997, first as a council member, then as Boone mayor from 2005-2013 and subsequently back on the town council. The election is the first for both Hicks and LaPlaca.

The results are still unofficial, but according to Watauga County Board of Elections Director Matthew Snyder, the tallies were unlikely to change before canvass on Friday, Nov. 15, when the election results were to be made official.

“I’m honored and I’m looking forward to working with the existing council and Dustin (Hicks),” LaPlaca said. “I think it’s time for Boone to move past 1 percent clean energy and App State 2 percent, and if we’re going to address jobs (and) climate change, we need to get serious.”

The new board members will be sworn onto the council in a December meeting.

After the tallies were announced, unofficially, Hicks was the top vote-getter with 891 votes, Clawson was second with 880 votes and LaPlaca was third with 863. Challenger Virginia Roseman received 848 votes. Per Boone Town Council election rules, Hicks and Clawson will receive four-year terms while LaPlaca will receive a two-year term.

The Boone Town Council race was too close to call after election night, Nov. 5, as all four candidates — Hicks, Clawson, LaPlaca and Roseman — were within 27 votes of each other with more than 120 provisional and absentee ballots from Boone yet to be counted.

“I’m sad I didn’t win and I’m sad for anyone I let down, because that’s the hardest part, it’s not losing ... it’s knowing that you let people down,” Roseman said. “It will be fine; all that matters is that we’ll have a new chemistry on the town council and who knows what greatness will come from it.”

The results came after a 90-minute process in which the five-member Watauga elections board and its three-member staff went through the process of approving or not approving two absentee ballots and 129 provisional ballots.

“Well that was a very tense thing to be a part of,” Roseman said. “I’m very excited to be part of such a great, close race … a close race means everyone ran on a great platform and everybody did a great job and everybody had a voice that deserved to be heard.”

The 90-minute meeting came in a packed first-floor courtroom. The provisional ballots were divided into different categories related to why they weren’t immediately accepted at the polls. The reasons included incorrect precinct, jurisdiction dispute, no acceptable ID, no registration record, unrecognized address and unreported move.

The board unanimously approved the recommendations by Snyder in each category, resulting in 107 provisional ballots being accepted, all from Boone, and 22 ballots not being accepted.Each ballot was inspected and added to a voting machine set up in the courtroom by board members and staff as candidates waited quietly in the audience.Unofficial election results from Blowing Rock, Beech Mountain and Seven Devils remained unchanged.

For a recount to occur, according to N.C. General Statutes in relation to non-statewide races, if the margin between a winning and losing candidate is 1 percent or less of the votes between those two candidates, a losing candidate can request a recount, as confirmed by N.C. State Board of Elections spokesperson Patrick Gannon.