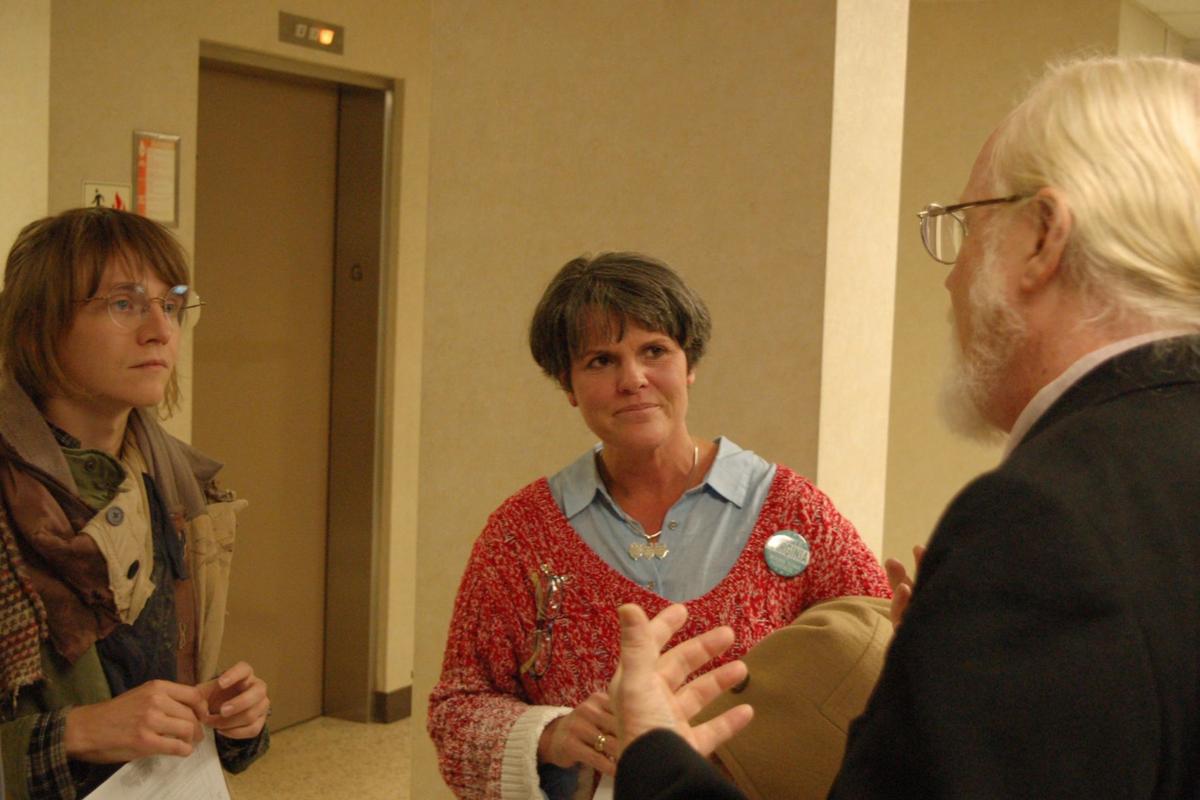 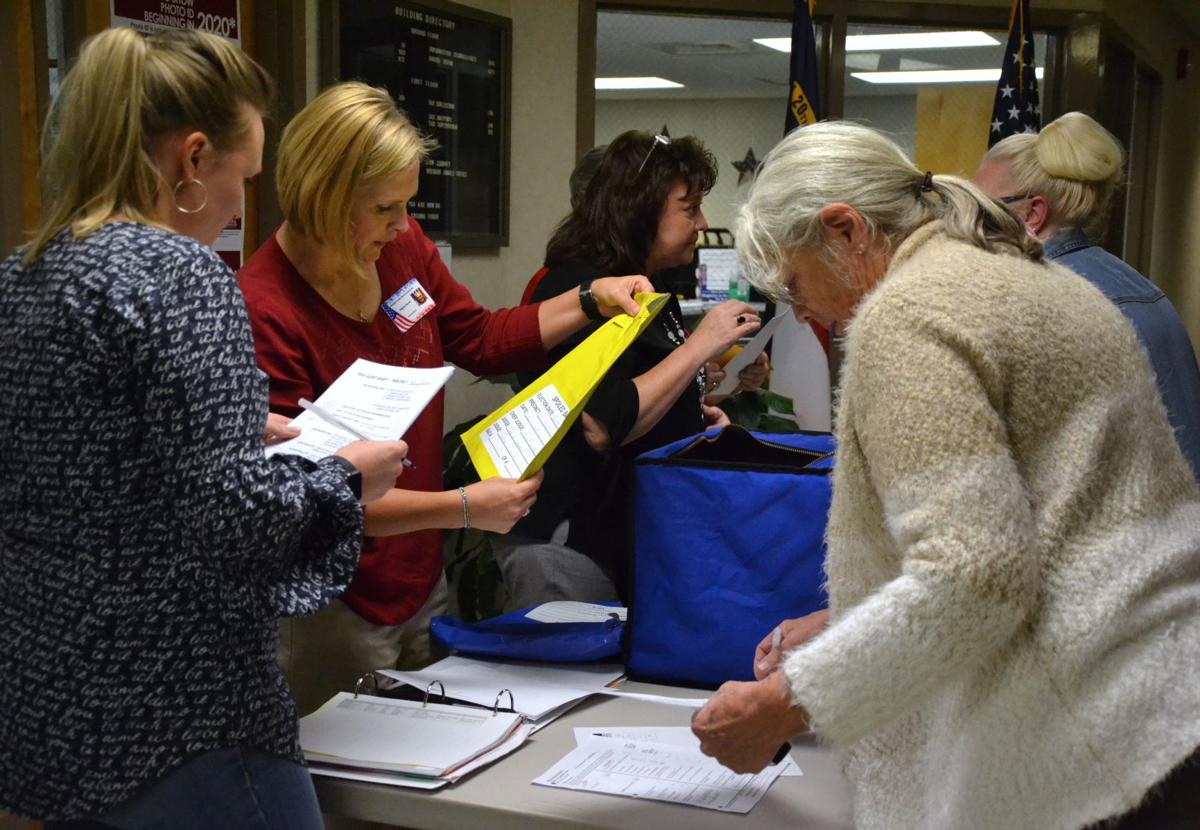 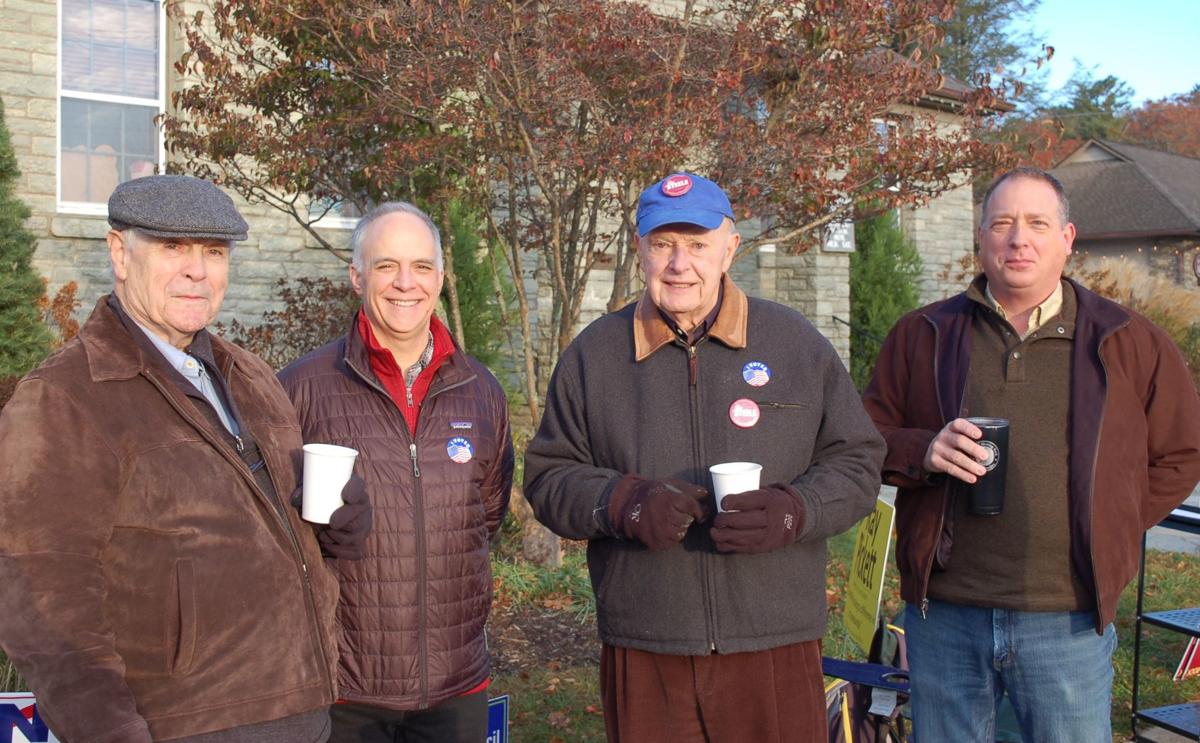 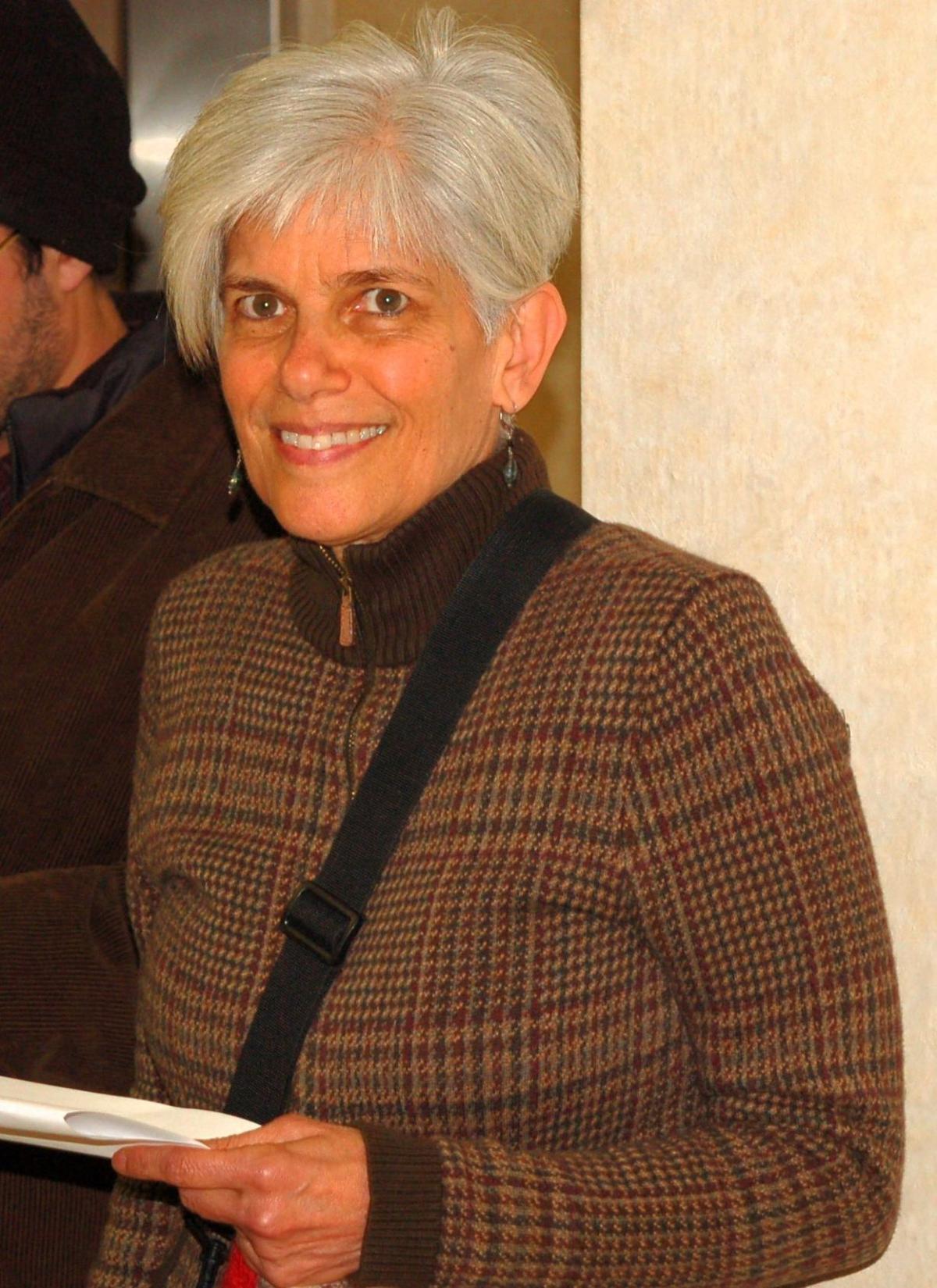 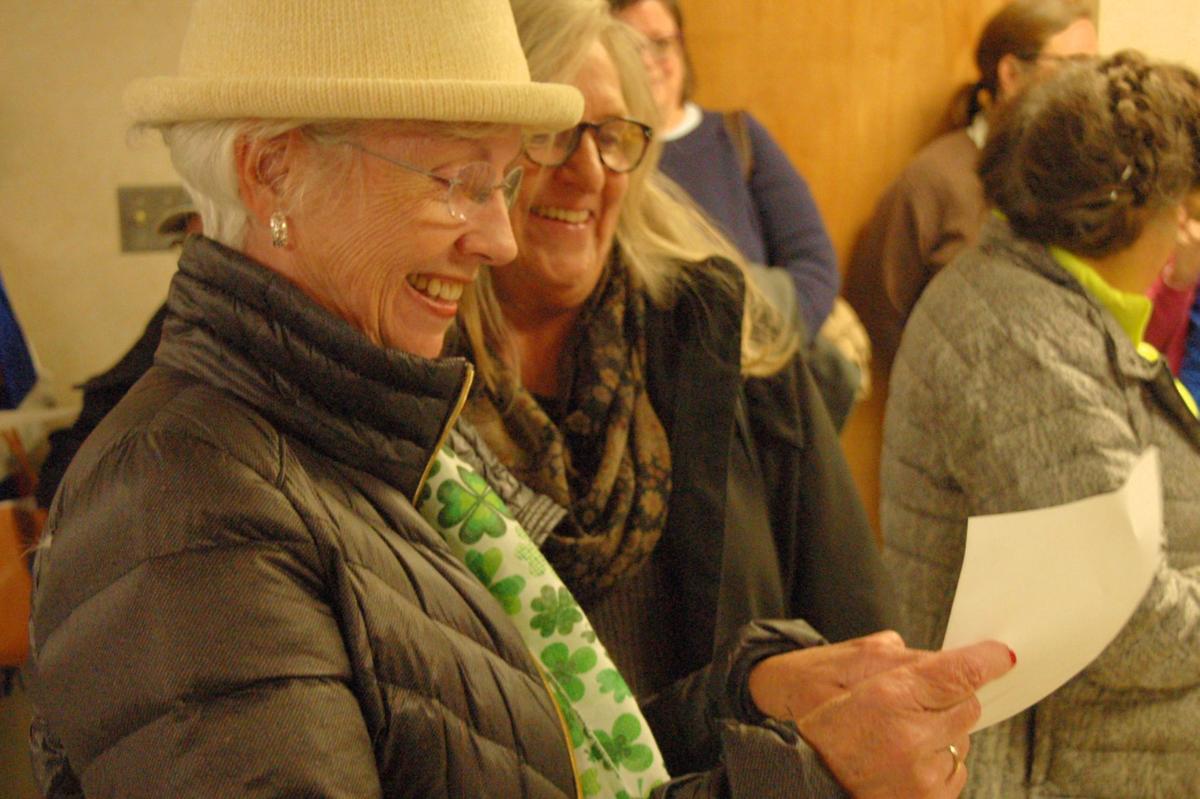 WATAUGA — A tight race for Boone Town Council seats could potentially come down to provisional ballots, and at least one incumbent in two municipalities will not return to their council seats after unofficial Election Day results on Nov. 5.

The Boone Town Council had three open seats as current members Marshall Ashcraft and Lynne Mason announced they were not running for re-election. This left one incumbent and three challengers racing for the open positions. In Boone, the top two vote-getters are elected to four-year terms, and third place receives a two-year term.

Boone Town Council incumbent Loretta Clawson — current mayor pro tem — unofficially received the most votes with 821. This is followed by 810 votes for Dustin Hicks, 800 votes for Virginia Roseman, 794 for Nancy LaPlaca and 56 write-ins. However, there were 142 provisional ballots for the Boone race that still need to be verified by the Watauga County Board of Elections at the Nov. 15 canvass.

All four candidates made comments about watching the results of the provisional vote count to see what comes of the race. If re-elected, Clawson said she will be willing to work with whomever makes it on to council. She added that she was eager to see the final results. Roseman said she was “thrilled” with the results being close as all of the candidates ran on a great platform.

She said she hopes whoever ends up being the three candidates-elect will come together and “find common ground to do what’s best for the community.”

“Thank you to the town of Boone for the privilege of running,” LaPlaca said. “We will see how the provisional ballots vote.”

Hicks has made a plan going forward based on either result of being selected for council or not.

Hicks wanted to thank the voters for turning out, and was looking forward to the provisional count.

“A lot of my decision to do this was intentionally to encourage other young people to run for offices wherever they are,” Hicks said. “Your turn is next. Run wherever you go.”

According to Watauga County Board of Elections Director Matthew Snyder, the provisional ballots will be considered by the full five-member board on Wednesday, Nov. 13, at 5 p.m. in the first-floor courtroom at the Watauga County Courthouse.

Snyder said it is up to the board whether to go through the provisional ballots in groupings or all at once.

Out of the 124 provisional ballots in Boone, Snyder said, 118 are marked as having filed in the incorrect precinct and he said those are typically accepted if the person is registered within the town limits.

Between Nov. 13 and canvass on Nov. 15, when the election is finalized, the voting totals typically stay the same, sans military votes, which could come in until the night of Nov. 14. Snyder says there might be one or two military votes that come in close to the deadline. Also, if someone who voted early died before Election Day, their vote could be challenged and removed, Snyder said.

As far as the potential for a recount, Snyder said it would be based upon the total number of votes and available seats. According to N.C. General Statutes in relation to non-statewide races, a candidate may file a petition for a recount if the difference between the apparent winning candidate and the next candidate is 1 percent or less of the votes cast for those two candidates.

If the margin between a winning and losing candidate is 1 percent or less of the votes between those two candidates, a losing candidate can request a recount, as confirmed by N.C. State Board of Elections’ spokesperson Patrick Gannon.

In Watauga County’s municipal elections, there is no avenue for a runoff election due to a close vote count, Snyder said. If candidates are tied after canvass, then a name will be chosen out of a hat.

Canvass takes place at 11 a.m. on Friday, Nov. 15, in Watauga, Avery and Caldwell counties. In Watauga, canvass is slated for the first-floor courtroom at the Watauga County Courthouse. Snyder said that for cross-county results, the state would finalize those numbers following the counties.

David Harwood will join Albert Yount on the Blowing Rock Town Council in December, as the two came away with the most votes, according to the unofficial results.

“I’m really happy with the turnout; I’m really thankful that I’ll have the honor of serving Blowing Rock,” Harwood said after the results came in. “I really appreciate Ray (Pickett), Jim (Steele) and Albert (Yount) and all they’ve done for this town and I’m just really appreciative of their service.”

“I’m looking forward to the opportunity and am ready to get started,” Harwood said.

The tally – which won’t be made official until canvass — had the challenger Harwood take the highest number of votes with 308. Yount — currently mayor pro tem — was second with 215 votes.

“I ran on the theme on ‘progress and preservation’ and I succeeded, so I must take that as ‘let’s move forward,’” Yount said. “It was a good clean election ... the candidates did not have any problems with each other.”

“I don’t have a have problem with it and I congratulate the two winners,” Pickett said.

Steele said he was disappointed with the results, but said that the town has elected two fine men.

“I’ve enjoyed my time on the council,” Steele said of the previous eight years.

Harwood would be serving his first term on the Blowing Rock Town Council and would join Yount for a four-year term to 2023. Current council members Doug Matheson, Sue Sweeting and Virginia Powell are up for re-election in 2021.

In the Blowing Rock mayoral race, Charlie Sellers will serve a second term after winning an unopposed race with 421 votes against 13 write-in votes.

“Well I think that it shows that we’re moving in the right direction, hopefully in a direction that citizens can be pleased with,” Sellers said. “Part of the mayor’s job is being present at many different functions and that’s what I’ve tried to do and represent the town the best way possible.”

“I very much appreciate all the people that supported me, voted for me and very much appreciate all the citizens of Blowing Rock for what they do for our community,” Sellers said. “Whether they voted for me or not, it’s a very special group of people. I think everybody has the one goal in mind for the town of Blowing Rock and (that’s) we want to grow, want to control growth and stay unique.”

The Blowing Rock mayor is appointed to a two-year term and will be up for re-election in 2021.

It appears that in Seven Devils, every vote counted as Larry Fontaine, Kay Ehlinger and Jeff Williams were the top three, with Williams claiming the third spot by a single vote over Wayne Bonomo.

Fontaine — the current Seven Devils mayor — was the top vote-getter with 76. Council member Ehlinger was second with 59 votes and challenger Williams is third with 40 votes, one more than Bonomo, who had 39. Write-in candidates received 10 votes.

“Congratulations to the top three finishers,” Bonomo said. “It was a close race and good luck to them. I’ll still be supporting the town, attending town council meetings and helping out whenever I can.”

Bonomo said it was a clean campaign with no dirty tricks or negativity all around.

According to the Watauga County Board of Elections, there were no provisional ballots for Seven Devils that could potentially be added to the totals.

All three incumbents from the Beech Mountain Town Council were defeated by challengers in this race as Jimmie Accardi, Kelly Melang and Erin Gonyea will take the seats on the council.

Results from Watauga and Avery counties show that Jimmie Accardi came out on top with 203 votes, followed by 123 for Kelly Melang and 106 votes for Erin Gonyea.

“I’m plesantly surprised,” Accardi said. “I did an old school campaign, going door to door, business to business, listening to people and their concerns. Thank God and the people of Beech Mountain for electing me and I look forward to the opportunity to serve them.”

It was the second straight Beech Mountain election where all three seats were taken by challengers.

“I’m disappointed that I wasn’t re-elected, but I wish the new council the best of luck,” Castiglione said.

“I hope the winners do well for Beech Mountain,” Sauer said.