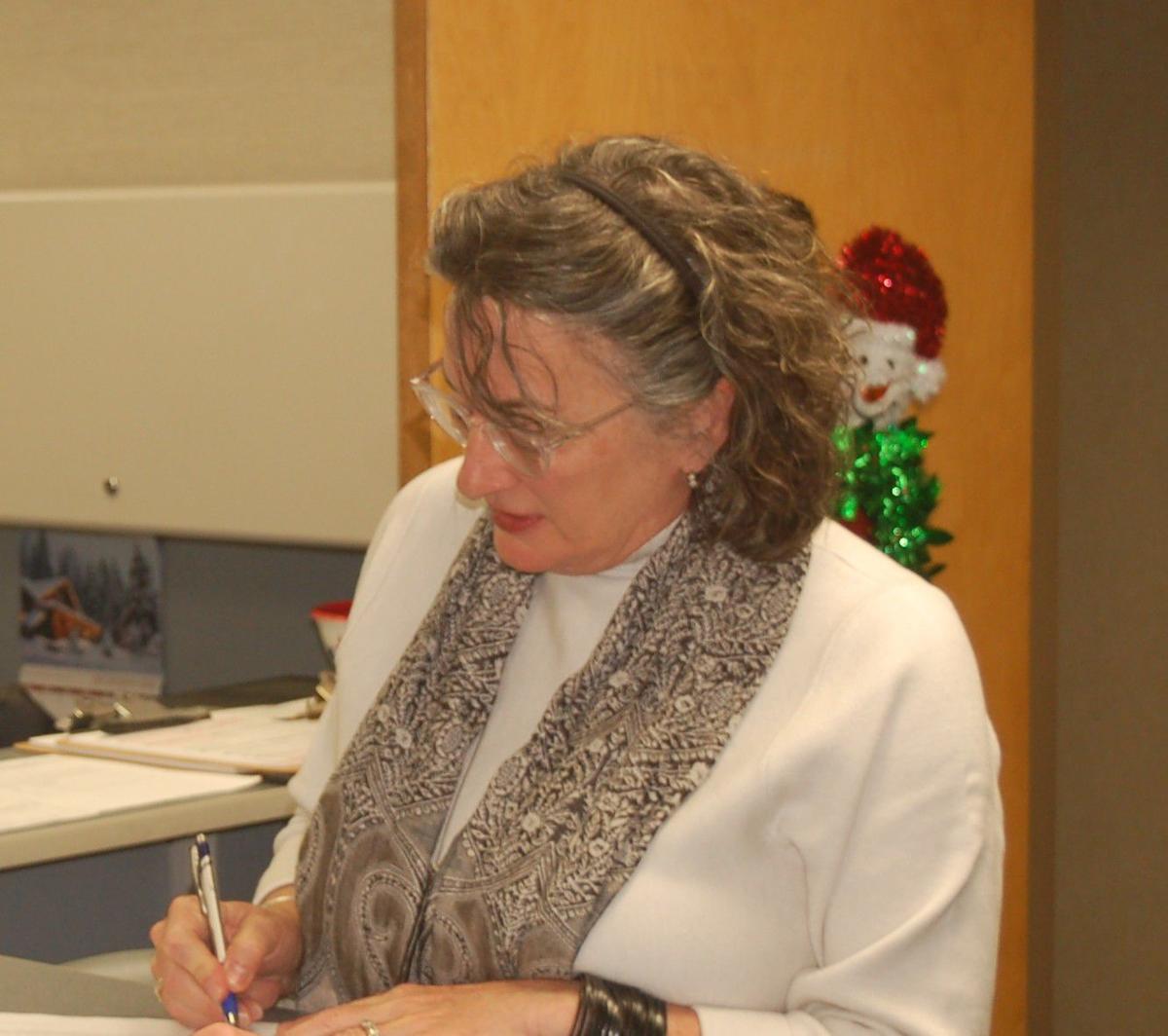 Watauga County Commissioners candidate Carrington Pertalion files for election in the first minutes of the 2020 filing period on Monday, Dec. 2. 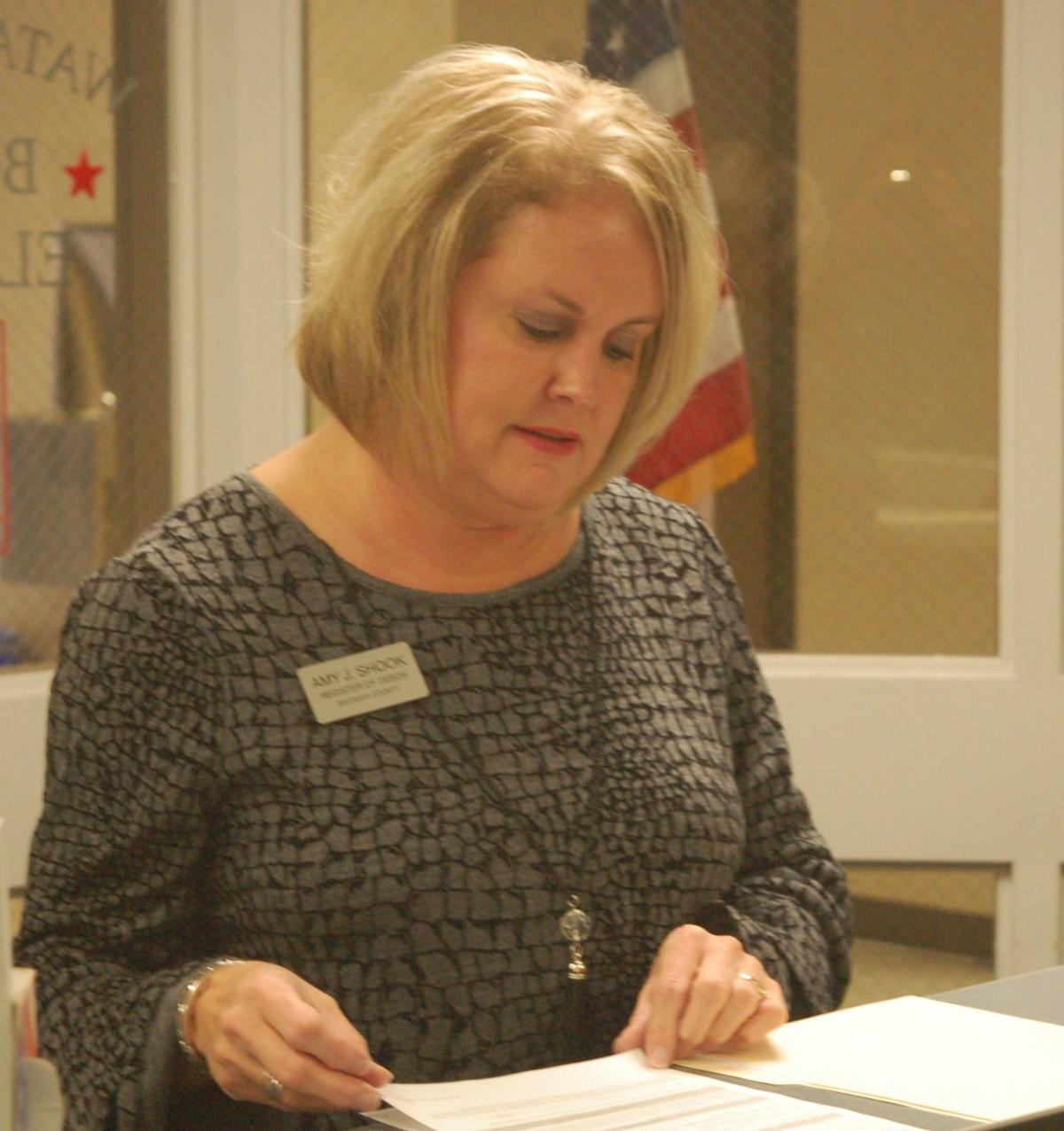 Watauga County Register of Deeds Amy Shook files for re-election on Monday, Dec. 2, the first day of the 2020 filing period. 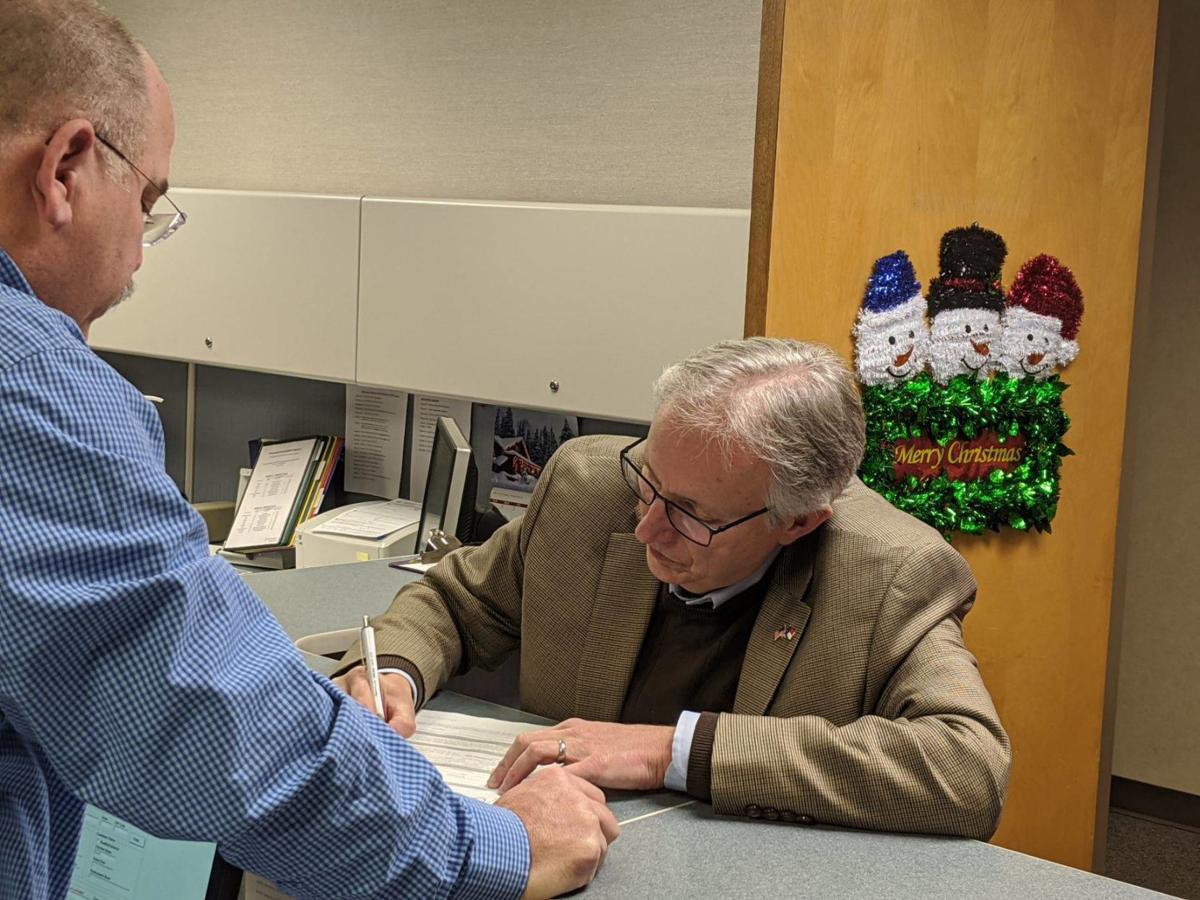 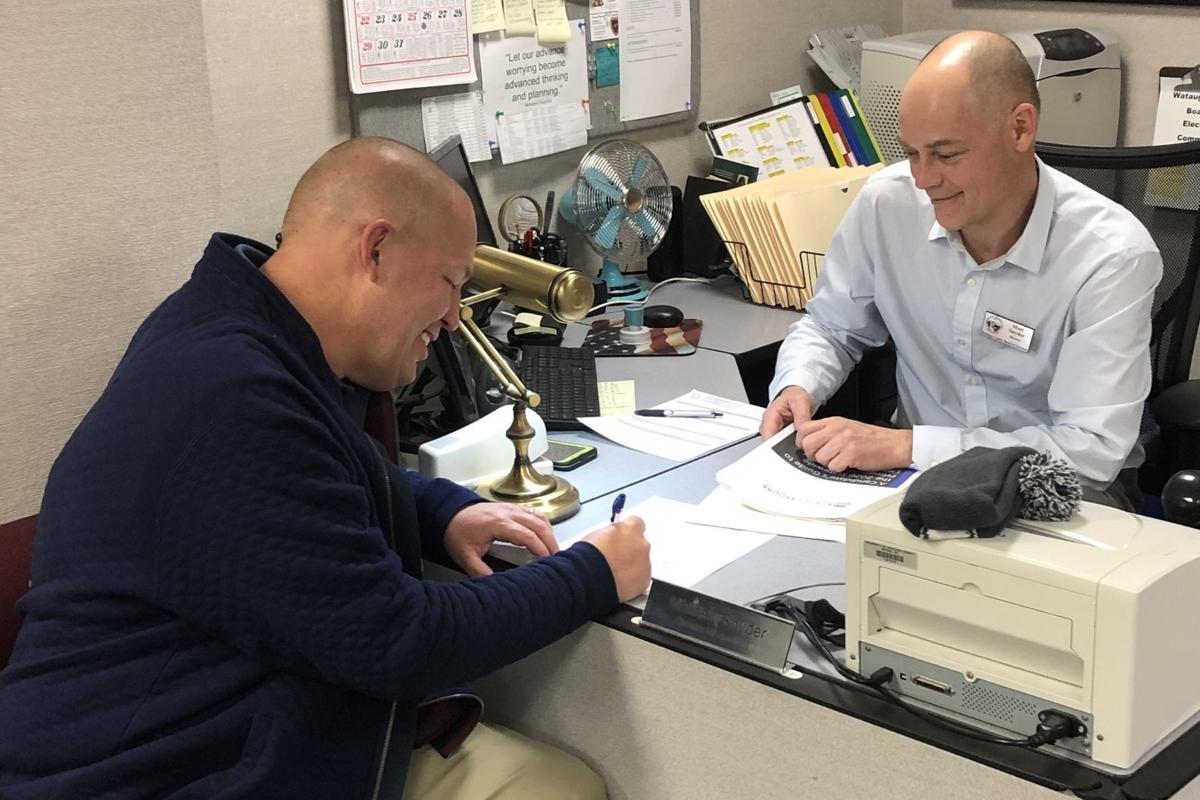 John Welch, left, files for re-election as he receives instructions from Watauga County Board of Elections Director Matthew Snyder on Monday, Dec. 2.

Watauga County Commissioners candidate Carrington Pertalion files for election in the first minutes of the 2020 filing period on Monday, Dec. 2.

Watauga County Register of Deeds Amy Shook files for re-election on Monday, Dec. 2, the first day of the 2020 filing period.

John Welch, left, files for re-election as he receives instructions from Watauga County Board of Elections Director Matthew Snyder on Monday, Dec. 2.

BOONE — A blustery winter day greeted the start of the 11-month 2020 election cycle in Watauga County as two Democrats filed for county commissioner, as did the current register of deeds.

Carrington Pertalion, a Democrat, was first in line as she filed for Watauga County Commissioners District One, the seat currently held by Republican Perry Yates.

“I know Watauga County,” Pertalion said in a statement. “I have family ties to these mountain communities that go back many generations, and four generations of my family have graduated from Appalachian State University. I received some of my best education here in our elementary schools and at Watauga High School.”

Second in line was Amy Shook, who filed for re-election to Watauga County Register of Deeds. Shook, a Republican, previously won an uncontested race in 2016.

“I am filing for re-election as register of deeds because I want to continue serving the citizens of Watauga County in this very important role,” Shook said in a statement. “As primary custodian of important, permanent records for Watauga County, including all land, birth, death, marriage and military discharge records, I strive to use my experience and integrity to lead the office in an effective, cost-efficient way with a high level of professionalism and the best customer service possible.It is an honor and privilege to have served in this capacity for nearly five years and I humbly ask for your continued support in the 2020 election.”

“I am proud to announce my bid for re-election as Watauga County Commissioner,” Wallin said in a statement.

Russell was elected to the state House of Representatives for his first term in November 2018. In his freshman term, Russell stated that his work focused on public education, health care, clean air and water, better government and rural economic development. Russell sponsored or co-sponsored 120 different bills.

Two Watauga County Board of Educations candidates filed as of 2:30 p.m. on Dec. 3: Ronald Holste and former board member Jason K. Cornett.

The new maps were approved after the same three-judge panel ruled that the 2016 congressional maps violated the N.C. constitution early in November.

“As the voters begin their considerations in the now-settled districts, I am confirming my plans to file for re-election in 2020 in the Fifth District,” Foxx stated.

One potential challenger, David Wilson Brown, a Democrat from McAdenville in Gaston County, stated on his campaign’s Facebook page on Dec. 2 that he would file in the new Fifth District.

“I will be running in the new Fifth Congressional District,” Brown stated. “I will be challenging Virginia Foxx and I will need your support to do it. Now is the time for all of us to stand together.”

Another potential Fifth District challenger, Boone Democrat Jeanne Supin, said she will make an announcement in the next week regarding her future plans. Supin had been campaigning in the now-former Fifth District for most of 2019.

Three of the four judicial district court judge seats for the 24th N.C. Judicial District, consisting of Watauga, Avery, Mitchell, Yancey and Madison counties, are up for election in 2020. On Dec. 2, all three incumbents, Hal Harrison of Spruce Pine, Rebecca Eggers-Gryder of Boone and Ted McEntire of Spruce Pine, filed for re-election at the state office in Raleigh. All three incumbents are Republicans who serve alongside Larry Leake, a Democrat from Marshall who won re-election unopposed in 2018. Each judicial seat is contested individually.

A number of N.C. Supreme Court and N.C. Court of Appeals will also be up for election on partisan ballots. All judicial candidates must file at the state elections office in Raleigh.