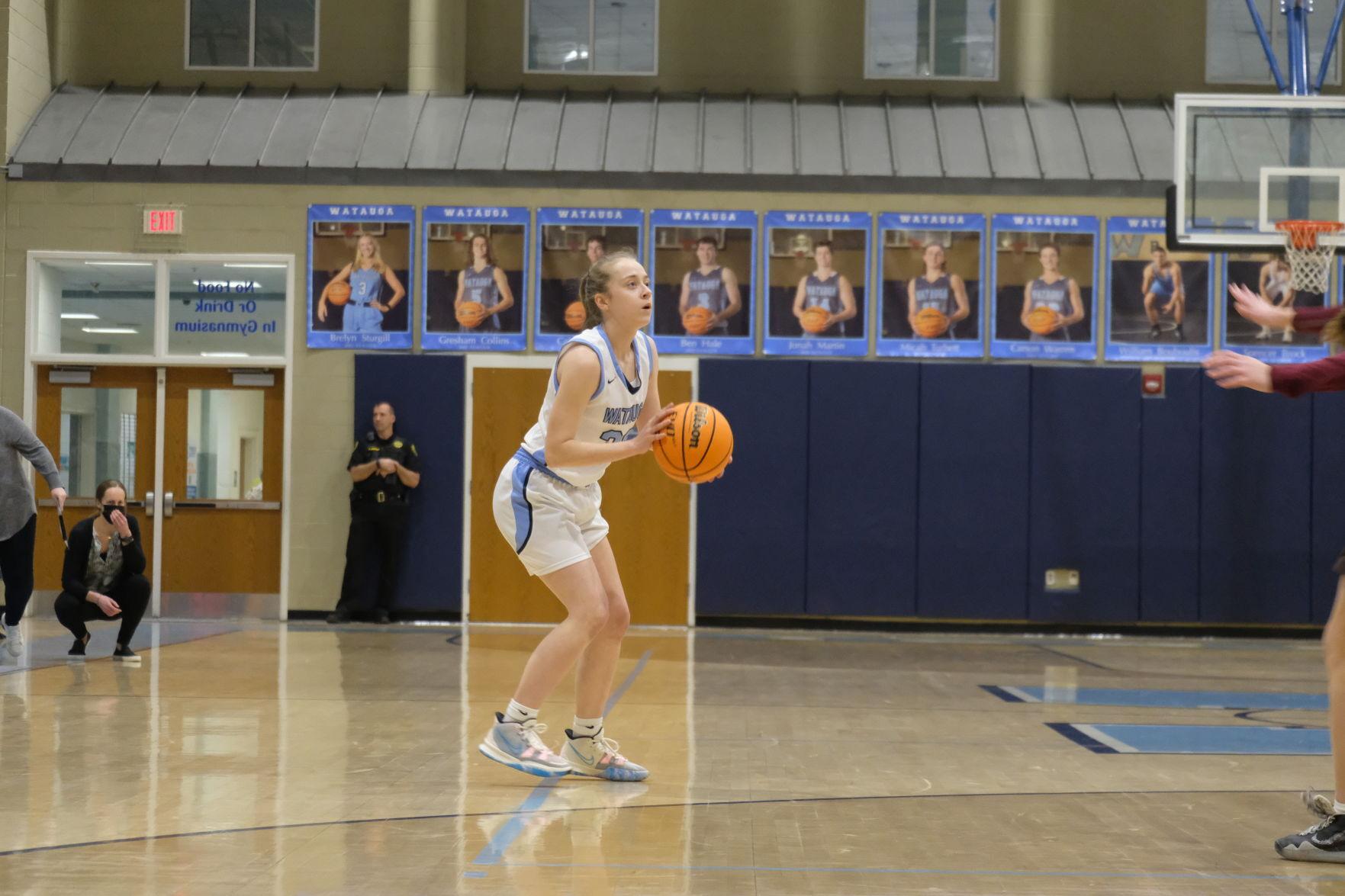 PARKWAY — The investigation into an October homicide on the Blue Ridge Parkway is still underway, and the Charlotte FBI Field Office and National Park Service are searching for any information they can find.

On Oct. 9, Parkway personnel received a report from a park visitor of a body near a parkway overlook. Law enforcement rangers responded to the scene and located a deceased male below Yadkin Valley Overlook at Milepost 289.8. Investigators identified the victim as Josue Calderon, 33, of Rhode Island. An autopsy conducted by the North Carolina State Medical Examiner’s Office determined cause of death to be homicide.

According to a Twitter post from the Charlotte FBI, investigators determined that Calderon traveled from Rhode Island to North Carolina with two men in a silver 2018 Chevrolet Equinox with Florida license plate KBYE67.

The FBI and the NPS are trying to develop a more detailed timeline. They are asking the public to contact them if they saw the vehicle or men on Oct. 6 or 7 between Raleigh and Blowing Rock.

BOONE — The town of Boone’s municipal operations will use 100% renewable energy by February, which is eight years ahead of the town’s goal.

Boone is the first municipality in North Carolina to achieve 100% renewable energy in municipal buildings, according to a Jan. 12 Town of Boone press release.

Blue Ridge Energy and New River Light and Power are supplying the energy, 75% from BRE’s solar arrays and 25% from NRLP’s hydroelectric power through its Green Power Program. The divide, according to town sustainability manager George Santucci, is based on the energy consumption of the municipal buildings on each company’s grids.

“Both companies have made the power available to us much sooner than I thought,” Santucci said, and ultimately the quick adoption has put Boone far ahead of its goal to have municipal operations climate neutral by 2030.

In 2019, the town of Boone established a timeline for three sustainability goals, the first to reach climate neutrality, meaning net-zero greenhouse gas emission, in municipal operations by 2030, the second to transition municipal operations to 100% clean renewable energy by 2040 and the last to transition the entire town of Boone to 100% clean renewable energy by 2050.

“The opportunity is immediate. We felt strongly that we should lead the way and take advantage of this opportunity,” Santucci said.

Investing in renewable energy not only means the town will have access to new renewable infrastructure, like Blue Ridge Energy’s new Brighter Future Solar array, but Santucci said it also is signaling to the community’s energy providers that there is a market for renewables and the companies should continue investing in that infrastructure.

According to Renee Whitener, Director of Public Relations for BRE, the newly built solar array, located in the Grace Chapel area of Caldwell County, will be up and running soon and is the biggest renewable energy project BRE has been involved in to date. The solar array will produce more than 19 million kilowatts of clean energy per year and a new rate Rider has been developed to allow local government members and institutions of higher education to receive the benefits of this green energy.

“By agreeing to purchase blocks of kWh from the solar array through the Rider in order to offset the consumption at their facilities with traditionally-generated energy, the Town of Boone and other participating members will be receiving the renewable energy credits directly from the array, helping them work to achieve their individual sustainability goals,” Whitener said.

Boone’s municipal operations include facilities such as the town’s wastewater treatment plant and water intake system which use most of the electricity the town buys annually. Switching these to renewables is a big win, Santucci said, but he isn’t taking a vacation quite yet.

Many facets of municipal work in Boone still aren’t electric: cars still use fuel and a lot of heating in buildings is not electric, for example. Santucci said the next steps for his office are to improve electric vehicle charger availability in Boone and to electrify the town’s fleet of vehicles over time.

“That’s going to be a long term process, that’s not something I can knock out in a year like we did moving municipal operations to renewables, unfortunately,” Santucci said.

Santucci said another big project this year will be developing a Community Climate Action Plan to lay out next steps for how the community can become more sustainable. The emphasis here, Santucci said, is on long term progress.

Residents will be invited to public meetings and to give feedback and input on the plan, strategizing what kind of incentives people feel like they need to pursue goals like increasing electric vehicle adoption, making homes more energy efficient and other sustainable actions.

While energy and fossil fuel elimination is the biggest priority for the town, Santucci said, these other practices the community can participate in are an important piece of the puzzle to a sustainable community and will help the community imagine its future collaboratively.

Marisa Mecke is a Report for America corps member covering the environment for Mountain Times Publications. Report for America is a national nonprofit service program which places journalists in local newsrooms to report on under covered issues.

Rob Hudspeth, ARHS senior vice president for system advancement, said as of Jan. 17, 22 people are hospitalized with COVID-19, with only two of them vaccinated. Two people are on a ventilator, Hudspeth said. There have been 93 deaths at Watauga Medical Center with 85 deaths among those who are not vaccinated.

“Although vaccines weren’t widely available until 2021, the majority of those who have lost their lives were also unvaccinated,” ARHS stated on Facebook on Jan. 11. “We can see from these numbers is that vaccination is reducing the chances that people will be hospitalized or lose their lives due to COVID-19.”

The most recent deaths occurred on Jan. 13.

“Our staff is exhausted,” Hudspeth said. “This storm just compounds everything.”

On Jan. 17, essential personnel were the only staff required to report to the hospitals. Hudspeth said staff were staying in hotels right by the hospital.

“We had staff sleeping on the floor in the hospital,” Hudspeth said. “We had beds at Cannon that are being unused where staff stayed last night and the night before. They’ve responded in an incredibly positive way. I mean, stepped up to the plate yet again. It’s really amazing.”

Hudspeth said the hospital is still dealing with staffing shortages as people are exhausted and leaving the industry.

Silas and Merritt Powell and Basho in Sugar Grove.

WATAUGA — High Country residents are sledding, making snowballs and bundling up through a winter storm which dumped around a foot of snow onto Watauga County over the weekend.

The snow has finished falling, but wind gusts recorded up to 68 miles per hour, according to the National Weather Service at Blacksburg, VA, have created snow drifts and white out conditions.

According to NWS Blacksburg, between Jan. 16 and 17 a total of 12.8 to 13 inches of snow fell in Boone, with 9.5 and 11 inches recorded in more southern parts of Watauga County.

The snow came later than initially expected, with Saturday staving off the start of the storm and snowfall picking up speed early Sunday morning and falling through Monday morning.

Melting and refreezing will take place after the storm with temperatures reaching the high thirties and forties throughout the week and dipping back into the twenties during the evenings which may affect road conditions.

More precipitation is headed toward the High Country the night of Thursday, Jan. 20 and Friday, Jan. 21. According to NWS Blacksburg, Thursday night is likely to receive an inch of rain and through Friday there is a chance of up to 3 inches of snow falling throughout the day and night.

Marisa Mecke is a Report for America corps member covering the environment for Mountain Times Publications. Report for America is a national nonprofit service program which places journalists in local newsrooms to report on under covered issues.

WCS Superintendent Scott Elliott speaks at the Watauga County Board of Education meeting on Jan. 10.

WATAUGA — The Watauga County Board of Education voted to keep its mask mandate for students, teachers and staff as cases are surging in the school system.

“Having to temporarily close a school due to inadequate staffing is a huge concern,” WCS Superintendent Scott Elliott said. “This week, we have seen increased cases in our support staff members such as teacher assistants, bus drivers and custodians. Everyone is pitching in to cover classes and drive busses and anything it takes to keep schools open, but we are stretched very thin right now. The weather forecast might be a blessing in disguise to help our staff and students recover and get past their isolation periods.”

“By following the state quarantine rules, we would have many more students and staff members out if we were not requiring masks at this time,” Elliott said.

The mandatory state quarantine requires close contacts — a person within six feet of another for 15 minutes — to quarantine unless they are fully vaccinated, have had COVID-19 within the last 90 days or the COVID-19 positive person and the close contact person are both correctly wearing masks.

The board of education unanimously voted to keep the mandate at its Jan. 10 meeting. Chair Gary Childers said after the board voted that he looked forward to a day when the board could feel comfortable voting to end the mask mandate.

Elliott told the board that he understands people have different feelings about the mask mandate and schooling during COVID-19. He also knows it’s difficult for the board and parents as state quarantine and isolation mandates have to be followed while the board has to make decisions regarding masks.

He said just that day before the meeting, he got completely different calls.

“People continue to have very divergent views on how to handle these decisions,” Elliott said. “Just today, I received two phone calls back-to-back from different parents. One was angry and wanted to know when the board of education would come to their senses and stop requiring masks. The second parent was upset and wanted to know why we were still having school in person and why we were not going back to remote instruction given the current surge in cases. I appreciate that the board’s decision-making has prioritized doing everything possible to keep students in school.”

Before the board voted, they heard from two public commenters. The first one, Christy McAlister, said she was speaking off the premise that everyone cares about the health, safety and staying in school for students and staff. During her public comment, she asked the board, “are we harming children and students with masking and vaccinations to protect adults?”

“We can only reasonably claim that vaccinating children is to protect adults,” McAlister said.

Michael Ackerman also spoke during the public comment section. He said he has been coming to the meetings for months to provide the board with data and different perspectives on COVID-19. He said he would use his public comment time to express his disappointment in the board.

The Watauga County Board of Education will next meet on Feb. 14.