BANNER ELK — The Watauga County Sheriff’s Office charged a man from Sugar Grove in connection to a May fire that destroyed the home of legendary storyteller Ray Hicks.

According to the warrants for his arrest, Ramseur allegedly set fire to multiple buildings at 218 Old Mountain Road in Banner Elk on May 25, as well as two vehicles.

Watauga County Assistant Fire Marshal Jay Kerley said at the time of the fire that it took roughly an hour-and-a-half from the call, which came in at 4:22 a.m., to get the fire under control.

The house was previously the longtime home of legendary storyteller Ray Hicks, who became famous for telling “Jack tales” and received a 1983 National Heritage Fellowship awarded by the National Endowment for the Arts, the United States government’s highest honor in the folk and traditional arts.

Ramseur was taken to the Watauga County Detention Center and issued a $40,000 secured bond.

Ramseur made his first appearance in court on July 13, where he was appointed Chris Dunnagan as representation. The case was continued to Aug. 3.

Brad Lambert (Republican) — the last person to file to run for a local race — goes over election related items with Matt Snyder on July 16.

WATAUGA — Twenty-three community members have filed to run for a local office in Watauga County for the Nov. 2 election as the filing period ended at noon on July 16.

Of the four municipalities in Watauga County, Boone has the highest number of candidates with 10 people running for Boone Town Council and one person running for mayor.

Watauga County Director of Elections Matt Snyder said the approximately two-week filing period was busy and there were only a few days that no one filed.

Snyder said the Boone Town Council 10-person race is one of the largest contests for the council that he has seen.

The next step for the county board of elections, Snyder said, is to secure all of the election day voting sites. For the November election, there will be 11 total polling places.

Only those who live in the municipality can vote in the November elections. The board will also appoint precinct judges at its Aug. 13 meeting for two year terms. August is also a busy time for the board with new voter registrations coming in.

“We will be closely monitoring guidance from the state board of elections as far as health protocols and things like that and keeping an eye on what’s going on with the current health environment,” Snyder said.

If a community member is not registered to vote, Snyder encourages them to go to the office — located at 842 W. King St., Suite 6 — and register. People can also do so online via the Department of Motor Vehicles.

“We will close this chapter and just start getting prepared for the fall elections,” Snyder said. “We just want to encourage everybody to get out and vote.”

The first day to mail in absentee ballots will be Oct. 3. Voter registration closes on Oct. 8 at 5 p.m. One stop early voting begins on Oct. 14 and ends on Oct. 30. More information on the upcoming election can be found at www.wataugacounty.org/App_Pages/Dept/BOE/notices.aspx.

News
featured
Dillon's Ride: Crowds gather to remember the service and sacrifice of a local soldier
Photo by Andrew Cole

Several of Dillon Baldridge’s friends and fellow soldiers took part in the memorial ride on July 17. These men include Dakota Rasel, Ali Alshmir, Pat Sweeney, Luke Hojnowski, Kale Walton and Shane. These men — who were with Baldridge during his passing — placed the wreath at their fallen friend’s grave.

Scores off riders file into Ashelawn Memorial Gardens to participate in a wreath laying ceremony on Saturday, July 17.

Nearly a hundred people showed up to pay their respects to Sgt. Dillon Baldridge during a memorial ride held on July 17, in his honor.

Wade Kirkland of the Road Riders For Jesus shows off his club’s patch prior to the wreath laying ceremony on July 17. The Road Riders for Jesus were one of several motorcycle clubs that took part in Dillon’s Ride on Saturday.

Steve Shore (right) and Jeff Jenkins of the Patriot Guard Riders share a moment of reflection during a stop at Ashelawn Memorial Gardens, part of Dillon’s Ride held on July 17.

A military themed semi-truck leads the way during Dillon’s Ride on Saturday.

Riders participating in Dillon’s Ride make their way towards Wilkesboro after the crossing the Dillon C. Baldridge Bridge.

Riders head towards Wilkesboro after crossing the Dillon C. Baldridge Bridge during Dillon’s Ride on July 17.

HIGH COUNTRY — A convoy of bikers, veterans, family and friends turned out on Saturday, July 17, to remember the service and sacrifice of a fallen soldier laid to rest in Ashe County in 2017.

Known as Dillon’s Ride, the expedition through the High Country honored the memory of Sgt. Dillon Baldridge, who was tragically killed in action on June 10, 2017 in Nangarhar Province, Afghanistan, while supporting Operation Freedom’s Sentinel.

“I’ve done literally hundreds of veterans funerals, but this young man was 22-years old; it just hit me harder than any of the others,” said Benny Hayslett, a ride captain with the North Carolina Patriot Guard and organizer of the event. “I don’t mean to make light of any of the rest of them but, Dillon just hit me hard and the look in his mama’s eyes when I first saw her, it just touched my very soul.”

The ride began with an opening ceremony at Cross Roads Harley-Davidson in Wilkesboro on Saturday before departing for Sparta. After a brief lunch break in Sparta, the procession of thundering motorbikes made their way to the Ashe Lawn Memorial Gardens for a graveside service and wreath laying ceremony.

Present during the ceremony were several of Baldridge’s friends and fellow soldiers — men who were with Baldridge during his passing — who had the honor of placing the wreath at their brother-in-arm’s grave.

Following the graveside service, the riders crossed over the Sgt. Dillion Baldridge Bridge overpass located where U.S. 221 and U.S. 421 converge in Deep Gap, before heading back down the mountain toward Wilkesboro. Once there, a recognition of the family was held, as well as a concert by country musician Rockie Lynne.

An estimated 80 riders participated in the second annual Dillon’s Ride. All of the proceeds raised from the ride will benefit the Tragedy Assistance Program for Survivors — also known as TAPS — an organization which provides comfort, care and resources to all those grieving the death of a military loved one.

“When I first mentioned the thought of doing a fundraiser to Tina, Dillion’s mother, I said, ‘If you had a few thousand dollars that you had to give to somebody who would you give it to?’ And she instantly rattled off TAPS,” said Hayslett. “Evidently, they helped her a good bit initially when Dillon passed, and that’s where she wants the money to go, and by God that’s where it’s going.”

Baldridge was said to have been a proud infantryman and was assigned to D Company, 1st Battalion, 187th Infantry Regiment, 3rd BCT, part of the 101st Airborne Division (Air Assault). For his actions he was posthumously awarded the Bronze Star Medal, Purple Heart, Combat Infantry Badge and the Army Commendation Medal with one oak leaf cluster.

To learn more about Dillon’s Ride, visit www.facebook.com/dillonsride. For more information about the Tragedy Assistance Program for Survivors, visit www.taps.org/. 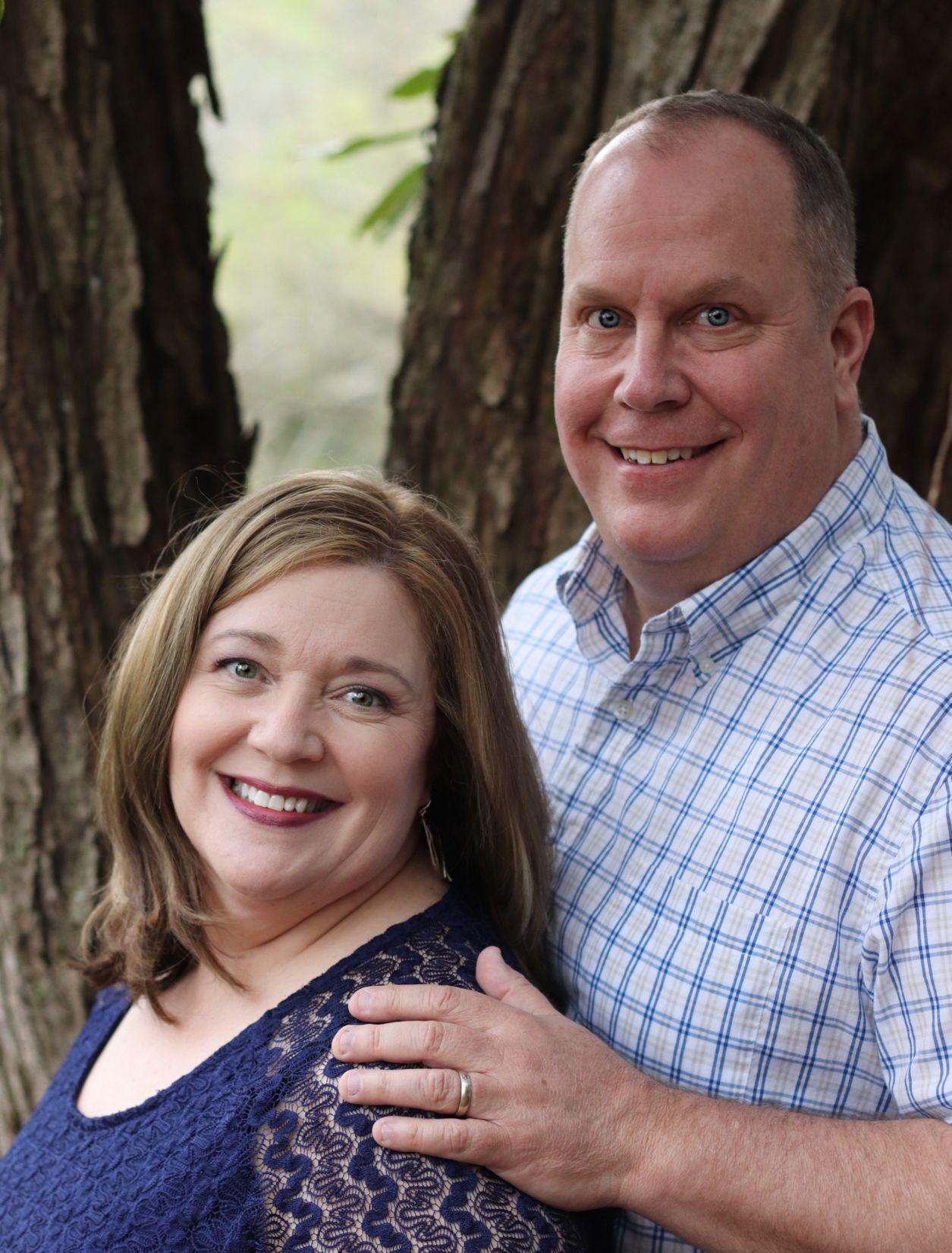 In her role, Jennings will direct events and expand fundraising efforts.

“We are so excited to welcome Allison into our W.A.M.Y. Community Action family as our new Director of Development,” said Executive Director Melissa Soto. “Allison will be a great partner in strengthening the culture of giving for W.A.M.Y. and raising the funds needed to support and expand our programs in the years ahead.”

Jennings has extensive experience working in the nonprofit sector and recently served as the Resource Development Director for Watauga County Habitat for Humanity and was formerly the Food and Nutrition Coordinator for Hospitality House of Northwest NC. She currently serves on the Board of Directors for Quiet Givers. In September 2020, CFRE International named Jennings a Certified Fundraising Executive (CFRE).

Individuals granted the CFRE credential have met a series of standards set by CFRE International which include tenure in the profession, education and demonstrated fundraising achievement. They have also passed a rigorous written examination testing the knowledge, skills and abilities required of a fundraising executive, and have agreed to uphold Accountability Standards and the Donor Bill of Rights.

“I am beyond excited and honored to be joining the extraordinary team that makes up the staff and board of directors of W.A.M.Y. Community Action,” said Jennings. “We have an opportunity to provide our disadvantaged neighbors the support and tools they need to become self-sufficient. I look forward to heading up the team that will work to ensure W.A.M.Y.’s mission is supported with the necessary resources.”

W.A.M.Y. (Watauga, Avery, Mitchell, Yancey counties) has been working in the four-county area since 1964 helping families overcome poverty and become self-sufficient. W.A.M.Y.’s programs are designed to reduce dependency on public assistance and promote independence. The agency’s mission is to partner with families and communities to provide disadvantaged families the support they need to become self-sufficient. To learn more, visit wamycommunityaction.org.