BOONE — Creating a financially stable plan for AppHealthCare as well as researching capital improvement plans for county sanitation operations were two major priorities identified by the Watauga County Board of Commissioners on Feb. 13.

The board met for the first day of its two-day budget retreat to discuss the 2020-21 fiscal year budget and met with various agencies that receive county funding. It was during the discussion with Jennifer Greene, the health director for AppHealthCare (serving Watauga, Ashe and Alleghany counties), that the commissioners became concerned.

However, even with the increase in funding from Watauga, the agency is still having to use money from its fund balance to cover expenses. Greene said AppHealthCare is operating with a fund balance of 29 percent of annual expenditures, and if the agency drops below 8 percent, the state’s Local Government Commission will begin to investigate.

Greene noted that the current funding plan with all three counties includes Alleghany and Ashe counties funding the agency at the level to which they originally committed.

"I believe both Alleghany and Ashe counties have sincere interest in supporting their public health agency, too," Greene said. "We came to state the fact that we have a lot of ground to make up and we were looking for support to explore an equitable way to address our funding challenges together with a plan."

Additionally, Greene said the agency provides more environmental health services in Watauga County since the county has a greater number of establishments — such as food, lodging, child care centers, public swimming pools and tattoo businesses. She added that Watauga County also served more students in the past year than the other two counties and that communicable disease response efforts are more focused in Watauga because of the population size.

County Manager Deron Geouque said there had been previous meetings with county managers of the other two counties served by AppHealthCare to discuss funding. He said that the managers at the time said that their counties don’t have the same tax base as Watauga, and therefore shouldn’t have to provide as much funding.

AppHealthCare officials stated that the agency already has minimum staffing, and even is under-staffed in some areas. The agency also stated that it has identified about a $1,165,166 gap in funding that it needs to be sustainable.

“We’re not the only district health department that’s in this boat,” Greene said. “I think we’re the only one that’s sounding the alarm. The reason for that is because public health costs money. It costs money that unfortunately isn’t state subsidized; it’s on the backs of the counties.”

Ideas floated among the commissioners of potentially separating from the other two counties if they don’t provide more funding and other consequences of what may happen if additional funding is not provided. The discussion ended with Greene and Geouque agreeing to try to meet with the county managers from Ashe and Alleghany to create a funding plan for the agency.

The board also met with county Sanitation Operations Services Director Rex Buck as well as Randall Baker with Baker Advisors and Mark Cathey with McGill Associates.

Baker outlined options to the commissioners for the county to potentially begin compost operations. Currently, the county is able to take brush and turn it into a single-ground mulch. The commissioners discussed options for double-grounded materials and the potential for composting. The county planned to research its options — such as whether to front costs to perform the composting in the county or transport the material elsewhere for profit.

Cathey presented plans for upgrades to county sanitation facilities on Landfill Road. He presented compliance and liability issues that he said needed to be addressed soon; the most critical being the pond located on the property. Cathey said the pond is not lined and doesn’t have a proper outlet structure. He added that if the pond were to fail, it would send debris downstream.

The trailer parking area also had a notice of violation and needed attention, but Cathey said it would be a relatively straightforward fix.

In terms of congestion, safety and efficiency issues, Cathey identified problems with crossing traffic patterns, the location of the Convenience Center being too close together to other options, confusion with transfer station traffic patterns and poor sight distance for tractor-trailers at the Landfill Road and U.S. 421 intersection.

Cathey offered a few different options for renovations to the area for safety and ease for users. The commissioners asked for the planners to provide more detail and cost estimates for the upgrades to the area at a future meeting.

Continuing a conversation from its Jan. 21 meeting, the commissioners met with staff from Watauga County Parks and Recreation to discuss the draft fees for the new recreation center. Information was presented that compared the fees to seven other recreation-type facilities in the state, and the commissioners agreed that the proposed Watauga rec center fees were competitive fees. Keron Poteat reiterated that financial assistance could be available to community members based on the federal poverty guidelines.

The Watauga County Board of Education also joined the meeting to discuss the 2020-21 budget for Watauga County Schools. Superintendent Scott Elliott listed the following as the school system’s current expense and capital needs going into the next fiscal year: the fourth year of non-certified positions salary study (including funding for teacher assistants), planning for the new Valle Crucis School, continuation of phase one of system-wide renovation plans, replacement of the athletic turf at Watauga High School and ongoing replacements of activity buses and service vehicles.

Elliott noted that the bigger ticket items will be included in the phase one renovation plans — such as electrical work at three of the schools and HVAC in several buildings. He also mentioned that some work at the schools had been stalled by the lack of a state budget passed by the N.C. legislature.

WCS Director of Finance Ly Marze said she attended a meeting earlier that day with other finance directors and Raleigh representatives who indicated that a budget may not be possible in the coming year unless changes are made in the coming short session in April.

The commissioners were scheduled to continue the second day of their retreat on Feb. 14 to discuss the Pritzker Children’s Initiative, the Guy Ford Paddle Access, the Middle Fork Greenway, the upcoming Census, updates on broadband, Watauga Medics funding and other matters.

This story has been updated to include information on additional services AppHealthCare offers to its serviced counties.

The Blowing Rock Art and History Museum took home business of the year honors at the 33rd annual Blowing Rock Chamber of Commerce Awards Luncheon on Feb. 11 at Meadowbrook Inn.

Lee Carol Giduz and her staff accepted the award, thanking those who support the museum and its mission, saying that visitors are often surprised at the quality of the museum.

Opened in 2011, BRAHM was the culmination of more than 10 years of work by locals who sought to showcase artwork, mainly by Elliott Daingerfield who lived in the Edgewood Cottage, which is on the property. The space hosts multiple events weekly including the Doodlebug Club, the Afternoon Art Club and Gentle Yoga; as well as events such as TAC Talks, Scholars and Schones, Coffee with the Curator, Cork and Canvass and more.

Blowing Rock Chamber of Commerce President and CEO Charles Hardin noted that in 2019, BRAHM had more than 30,000 visitors, a 28 percent increase from the previous year. Nearly 3,000 kids take part in programs at the museum every year.

Other nominees for business of the year included The Spice and Tea Exchange, The Meadowbrook Inn and the Town Tavern of Blowing Rock.

The Lifetime Achievement Award, which Hardin explained isn’t awarded every year, was presented to John Aldridge for his continued work as founder and president of the Blowing Rock Village Foundation. The fundraising nonprofit helped construct the Mayview Plaza and is currently studying the feasibility of working on Legion Hill between the American Legion Hall and Broyhill Park.

“Given to a special individual who has spearheaded beneficial efforts and displayed continuing support of Blowing Rock,” the description of the award states.

The Jerry Burns Ambassadorial Award, named after the longtime Blowing Rocket editor, was presented to Jim McDowell of Mountainaire Inn and Log Cabins.

The “Volunteer of the Year” award went to David Trahan, who was honored for his contributions to Blowing Rock’s Art in the Park event. Trahan was noted for getting up at 5 a.m. to help set up for each day’s festivities and never missing a single time.

The “New Business of the Year” award went to The Horton Hotel and Rooftop Lounge in Boone, the award for “Outstanding Business Service” went to Hess & Hess, LLP, “Best Customer Service” was presented to The Best Cellar/Inn at Ragged Gardens, the award for “Service to the Community” went to Zika Rea of ZAP Endurance and the award for the best commercial renovations went to Chetola Resort.

The awards ceremony highlighted the previous year’s accomplishments, including bringing in an estimated 47,000 visitors to the town for festival events, as well as donating in excess of $10,000 in festival ticket sales to nonprofit members. 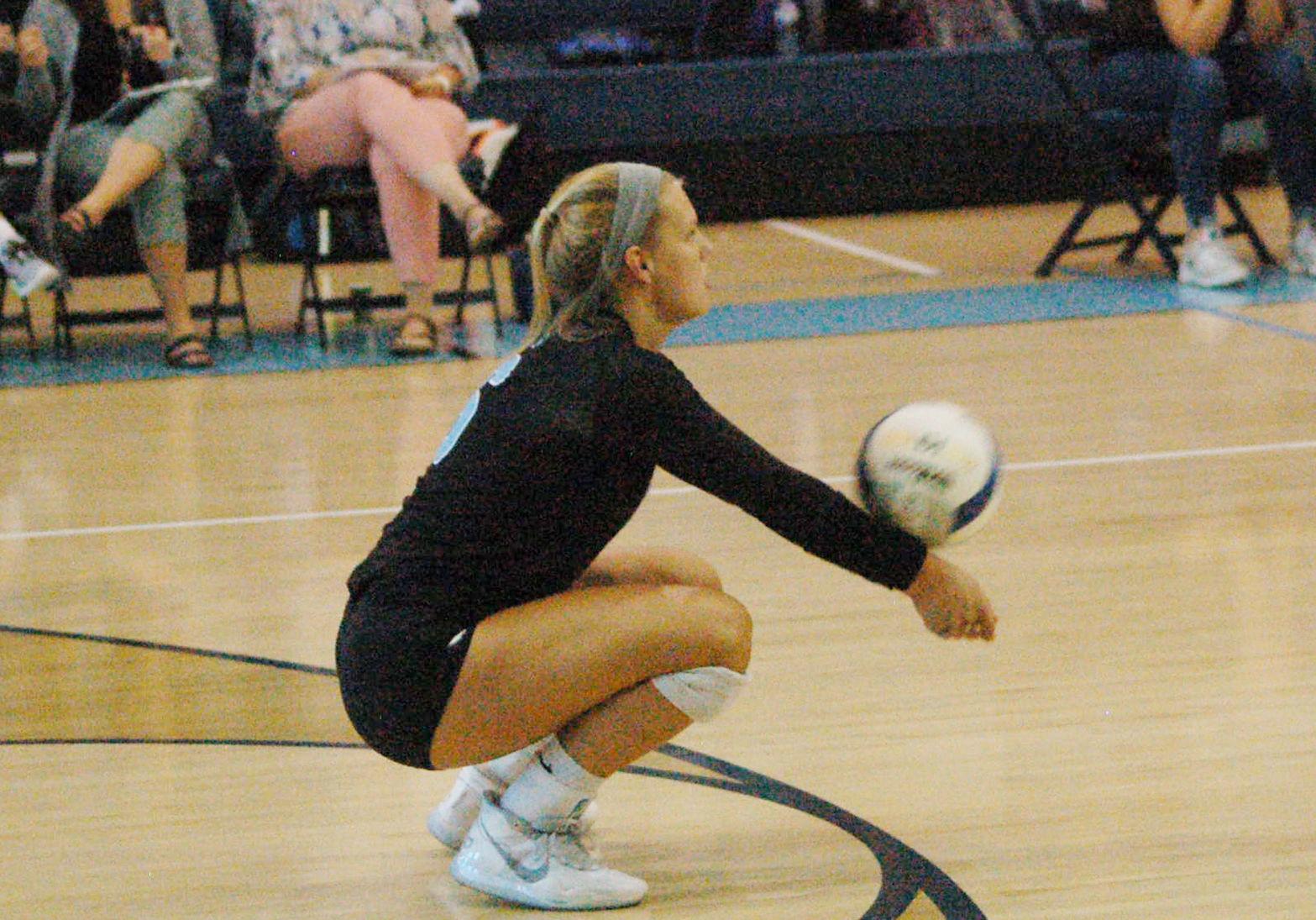 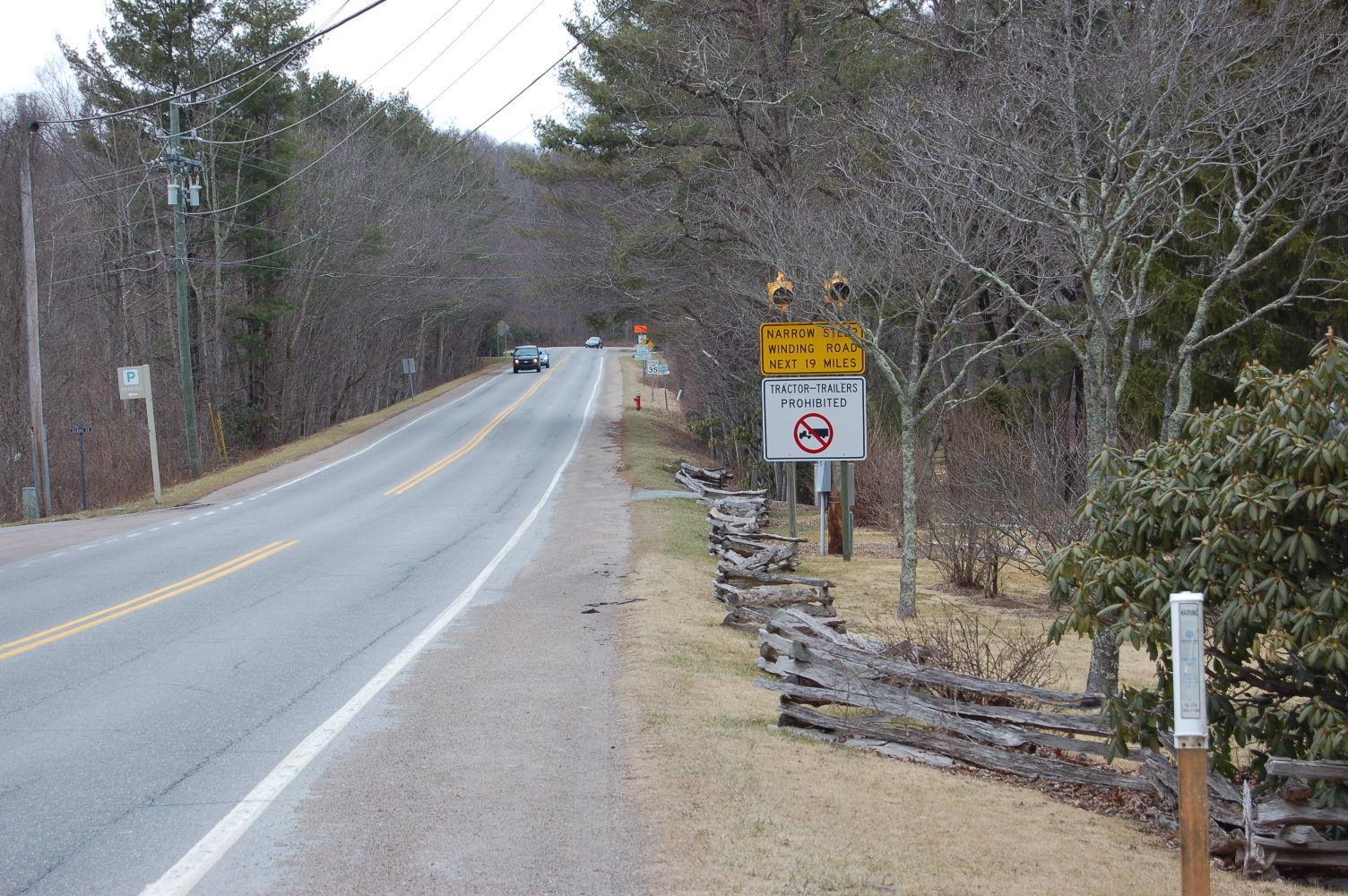 This section of U.S. 221 between Blowing Rock and Bass Lake will soon be the site of a new sidewalk.

BOONE — For the first time, Watauga Medical Center has received a five-star rating, the highest achievement level possible, from the federal Centers for Medicare and Medicaid Services.

WMC is one of 407 hospitals in the United States and one of 13 in North Carolina to receive a five-star quality rating, according to a Feb. 7 statement. More than 4,500 hospitals nationwide were graded.

The ratings are based on federally mandated hospital data, which includes more than 50 different quality measurements. Those measures include categories such as mortality, re-admission, patient experience, effectiveness of care, timeliness of care and effective use of medical imaging. Hudspeth said that the standards to receive a five-star rating are “rigorous.”

Previously in August 2016, Watauga Medical Center received three stars for the first time and was bumped up to four stars in March 2019.

“Achieving five stars for quality is a direct reflection of our team’s dedication to excellence,” said Chuck Mantooth, president and CEO of Appalachian Regional Healthcare System, which operates Watauga Medical Center. “This recognition underscores our commitment to consistently providing exceptional patient care to our community each and every day.”

According to Hudspeth, the main reasons for the increased rating are reductions in hospital readmissions; mortalities from chronic obstructive pulmonary disease, stroke and pneumonia; orthopedic surgery complications, specifically mentioning top hip and total knee replacements; and infections such as catheter-associated urinary tract infections and clostridium difficile.

In the details of the rankings for Watauga Medical Center, safety of care, readmission and efficient use of medical imaging were above the national average. Mortality, patient experience, effectiveness of care and timeliness of care were noted as being at the national average. A summary of patient surveys about staff communication, cleanliness, being quiet at night and more for Watauga Medical Center was rated three out of five stars, with most respondent percentages hovering around national and state averages.

For more information about the Centers for Medicare and Medicaid Services star ratings, visit www.medicare.gov/hospitalcompare/Data/Hospital-overall-ratings-calculation.html. 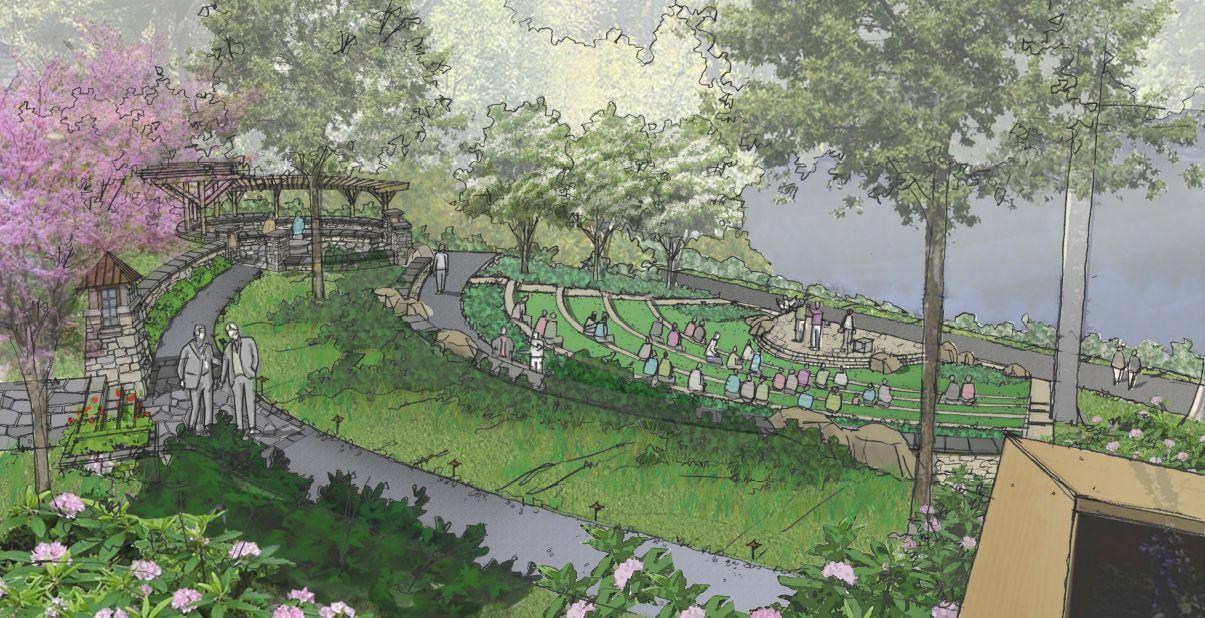 A rendering of the proposed Legion Hill amphitheater with ADA-accessible walkways was presented to the Blowing Rock Town Council on Feb. 11. 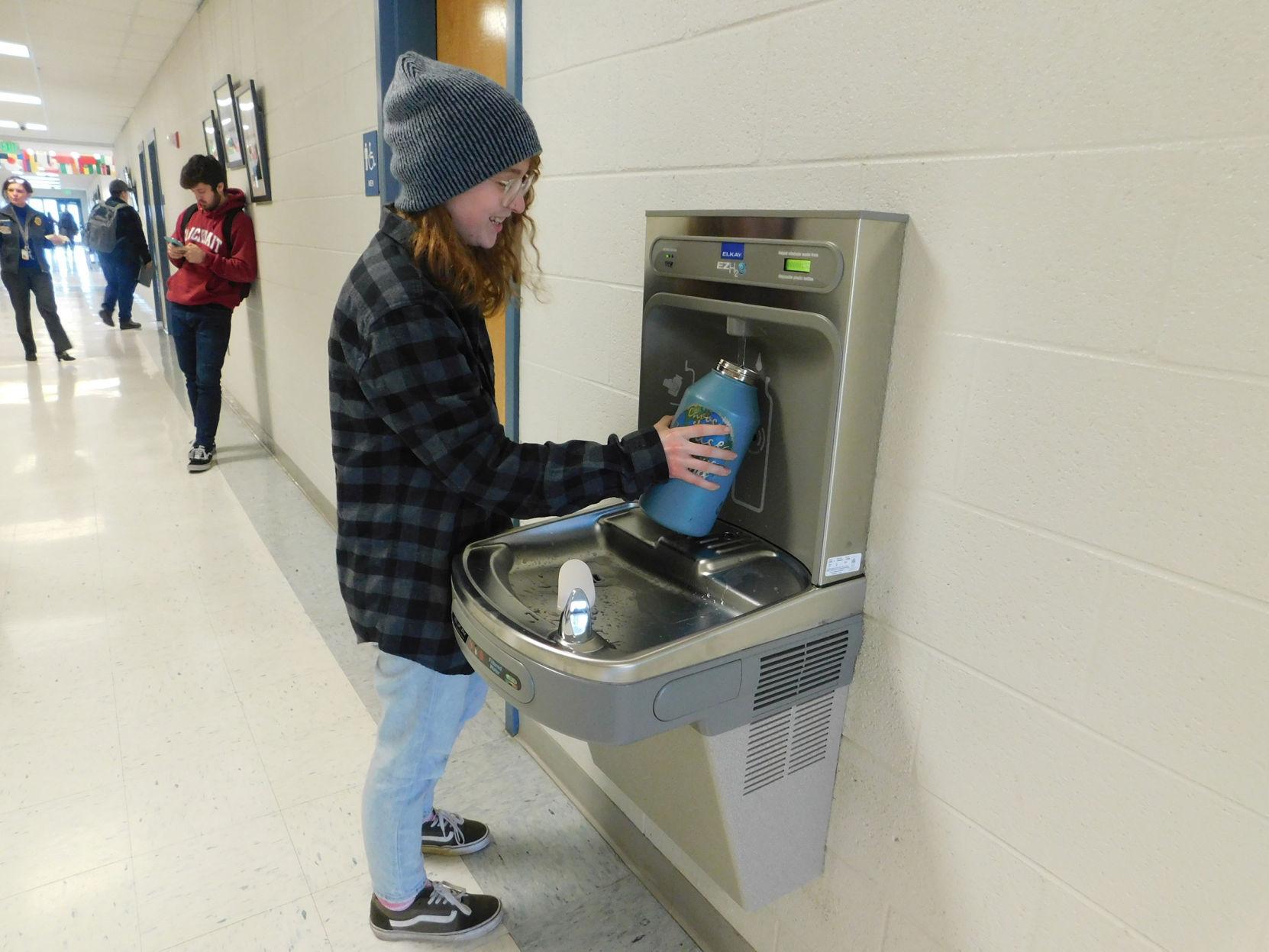 CCC&TI student Michaela Waters uses the new water filling station that was installed on the college’s Watauga Campus in Boone. CCC&TI’s Watauga Campus SGA Coordinator Diane Mazza requested mini-grant funds to cover the cost of two water filling stations on the Watauga Campus in an effort to reduce waste and plastic consumption, as well as provide a more sanitary means of water consumption for students and employees on the campus. This project was one of 16 approved through a mini-grant initiative that funds innovative and unique ideas from CCC&TI faculty and staff. 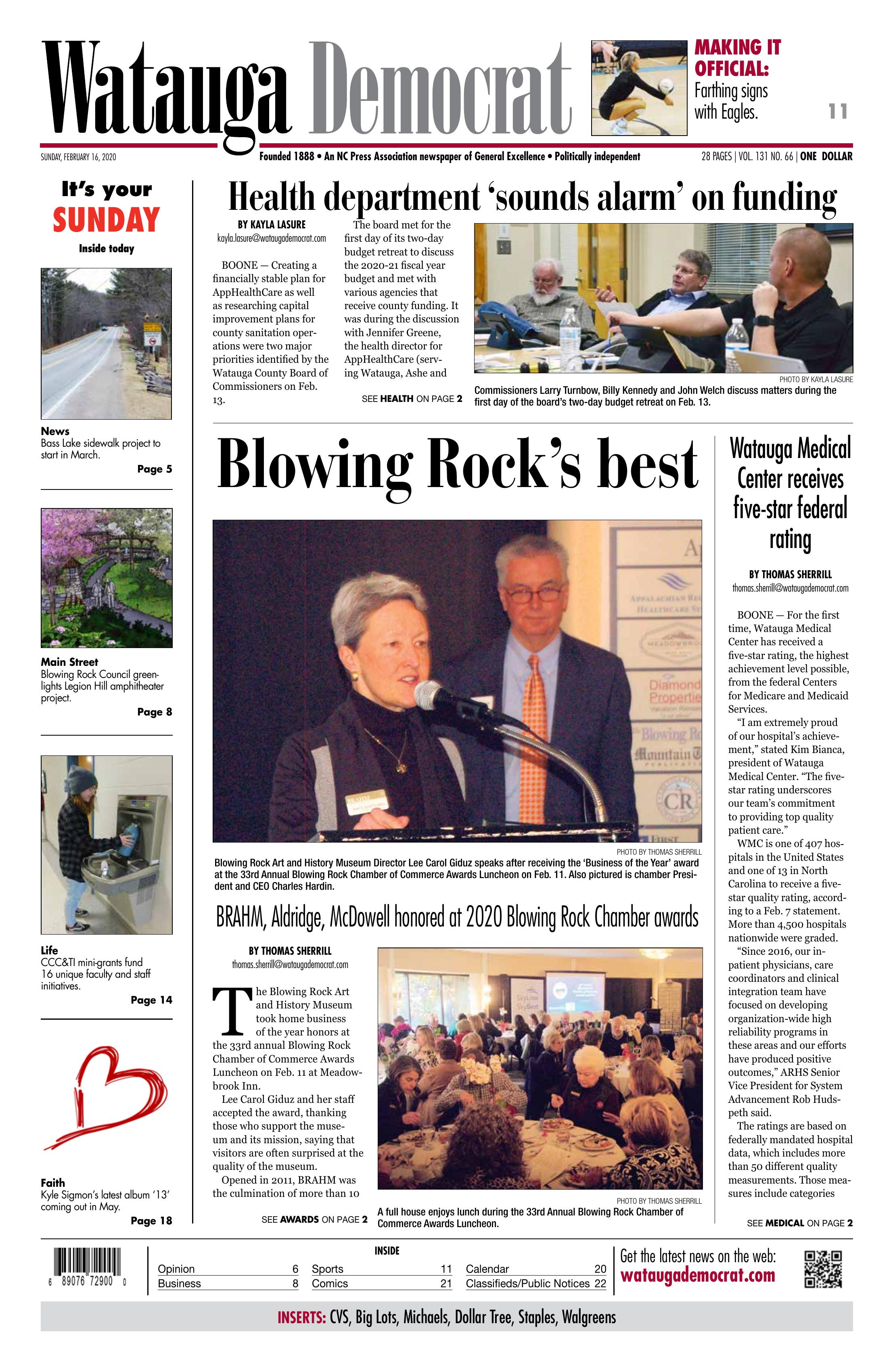