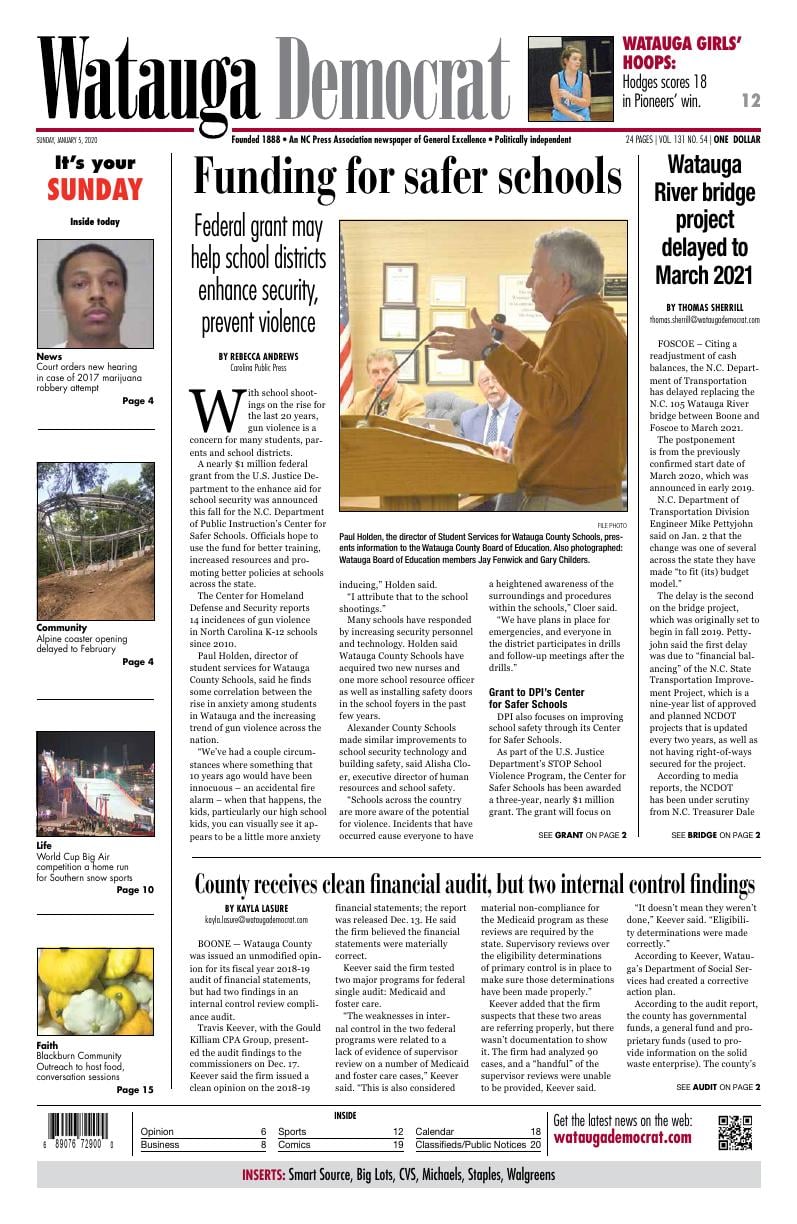 With school shootings on the rise for the last 20 years, gun violence is a concern for many students, parents and school districts.

A nearly $1 million federal grant from the U.S. Justice Department to the enhance aid for school security was announced this fall for the N.C. Department of Public Instruction’s Center for Safer Schools. Officials hope to use the fund for better training, increased resources and promoting better policies at schools across the state.

The Center for Homeland Defense and Security reports 14 incidences of gun violence in North Carolina K-12 schools since 2010.

Paul Holden, director of student services for Watauga County Schools, said he finds some correlation between the rise in anxiety among students in Watauga and the increasing trend of gun violence across the nation.

“We’ve had a couple circumstances where something that 10 years ago would have been innocuous – an accidental fire alarm – when that happens, the kids, particularly our high school kids, you can visually see it appears to be a little more anxiety inducing,” Holden said.

“I attribute that to the school shootings.”

Many schools have responded by increasing security personnel and technology. Holden said Watauga County Schools have acquired two new nurses and one more school resource officer as well as installing safety doors in the school foyers in the past few years.

“Schools across the country are more aware of the potential for violence. Incidents that have occurred cause everyone to have a heightened awareness of the surroundings and procedures within the schools,” Cloer said.

“We have plans in place for emergencies, and everyone in the district participates in drills and follow-up meetings after the drills.”

DPI also focuses on improving school safety through its Center for Safer Schools.

As part of the U.S. Justice Department’s STOP School Violence Program, the Center for Safer Schools has been awarded a three-year, nearly $1 million grant. The grant will focus on training, technical assistance, resources, policies and partnerships, according to a DPI statement announcing the funding.

The center will collaborate with several data-driven, violence prevention and threat assessment organizations to help gauge how funds should be used at various schools.

One of the collaborators, the Center for the Study and Prevention of Violence, provides survey materials to assess school climate by asking students, parents and staff about the school environment.

Some sample questions include evaluations of students’ feelings about school, their safety traveling to and from school, the clarity of emergency protocol or threat assessment and the condition of building safety technology.

Additional data comes from school district records of all reportable offenses to DPI.

While the public’s perception may be that incidents are increasing, the data says otherwise.

Communication is key to security

Holden said offense data, as well as communicating with students, staff and the community, can help determine where resources are lacking and how to better prevent violent acts.

“We are paying attention to our kids who might have some interest in harming themselves and going from self-harm to other harm,” Holden said. “There are so many ways to keep track of these things now (such as through) social media. In a smaller community we have community people like parents who will bring things to light, which really helps with communication.”

Holden said he feels the grant should focus on mental health support for students, including helping counselors, nurses and social workers to provide trauma-informed care, resiliency training and create a culture of compassion within the schools. These concerns increased recently.

“I would say in the last few years it seems that there is a little more anxiety in kids that leads to behaviors that kids are disciplined for,” Holden said. “I kind of attribute it to the national climate filtering back to the local climate, people being on edge about the partisan world they perceive they live in. It breeds anxiety for parents and then subsequently for their kids.”

Holden said Watauga being a rural community can contribute to feelings of isolation or depression in students, as well as seasonal affective disorder in the colder months.

Robyn Helton, executive director of exceptional children and federal programs for Alexander County Schools, said she agrees that mental health concerns have changed drastically for the nation and its schools over the last couple of years.

“As a society, we have not kept up with the changes and now are on what I look at as a ‘catch-up response’ mode,” Helton said. “For years we have not had adequate mental health services in the community, nor adequate funding for hiring trained professionals.”

“Medicaid is the primary driver of the services. Oftentimes, no Medicaid, no services provided. We as an educational setting are charged with identifying students with mental health issues and then attempting to connect families with support.”

Alexander employs 15 school counselors and six SROs. However, this grant does not allow for additional personnel, Helton said. The school district will be focusing on resiliency training for staff instead.

The grant will allow the district to provide updates to building security, something other school districts have already been working on as well.

After an altercation between two students led to the fatal shooting of Bobby McKeithen by Jatwan Craig Cuffie in October 2018 at Butler High in Matthews, Charlotte-Mecklenburg Schools increased security measures, according to a school district statement.

Some of these new measures include a panic alert system, which staff members trigger to alert the central office of an emergency and warn others in the school. According to the Charlotte Observer, CMS began random screenings of school buildings using gun- and drug-sniffing dogs for weapons and contraband checks shortly after the October shooting.

All of these efforts are made with a focus on prevention, Holden said.

“I don’t know if you can stop all of it,” Holden said. “But one of the things you can do is, if you work really hard on prevention and communicating among yourselves … have a much better shot at it.”

BOONE — Watauga County was issued an unmodified opinion for its fiscal year 2018-19 audit of financial statements, but had two findings in an internal control review compliance audit.

“The weaknesses in internal control in the two federal programs were related to a lack of evidence of supervisor review on a number of Medicaid and foster care cases,” Keever said. “This is also considered material non-compliance for the Medicaid program as these reviews are required by the state. Supervisory reviews over the eligibility determinations of primary control is in place to make sure those determinations have been made properly.”

Keever added that the firm suspects that these two areas are referring properly, but there wasn’t documentation to show it. The firm had analyzed 90 cases, and a “handful” of the supervisor reviews were unable to be provided, Keever said.

“It doesn’t mean they weren’t done,” Keever said. “Eligibility determinations were made correctly.”

According to Keever, Watauga’s Department of Social Services had created a corrective action plan.

According to the audit report, the county has governmental funds, a general fund and proprietary funds (used to provide information on the solid waste enterprise). The county’s assets ($219,491,752 with $4,532,376 in deferred outflow of resources) exceeded its liabilities ($67,707,781 with $1,055,051 in deferred inflow of resources) at the close of the fiscal year — leaving it with a net position of $155,261,296. The report also stated that the county’s total net position increased by $10,495,380 primarily due to an increase in cash assets from revenues exceeding budget alone with operating expenditures below the expected levels.

The report states that governmental activities accounted for 96.6 percent of the total growth in the county’s net position. These activities included an increase in sales tax, continued high property tax collections at a rate of 99.01 percent and close monitoring of expenditures throughout the year.

Keever said Watauga County was in better shape than others when it comes to its liabilities regarding other post employee benefits. According to Keever, Watauga sets aside funding for this expense.

“I would commend you for that,” Keever said. “It’s unusual, especially for a county this size.”

Keever added that 24 retirees currently receive county benefits, and the county has 249 active employees who are eligible for benefits. During the meeting, Geouque addressed the commissioners with a county staff request to move $400,000 from available fund balance and allocate it to health insurance savings — which was approved by the board. Geouque explained that the county is working toward self-funding its employees’ health benefits.

The county’s total debt increased by $14,607,639 in outstanding principal as a result of financing for the community recreation center. The total outstanding debt principal is $49,604,027; the county has a debt limit of $688,841,459, according to Geouque.

Keever said he’s also suggesting to all governing boards he addresses to enhance their cybersecurity measures as local governments have become a target for phishing scams. He urged the county to have a plan in place, conduct a risk assessment and review what cyber insurance coverage it has.

The commissioners will not be meeting for their Jan. 7 meeting. Their next regularly scheduled meeting is Jan. 21. 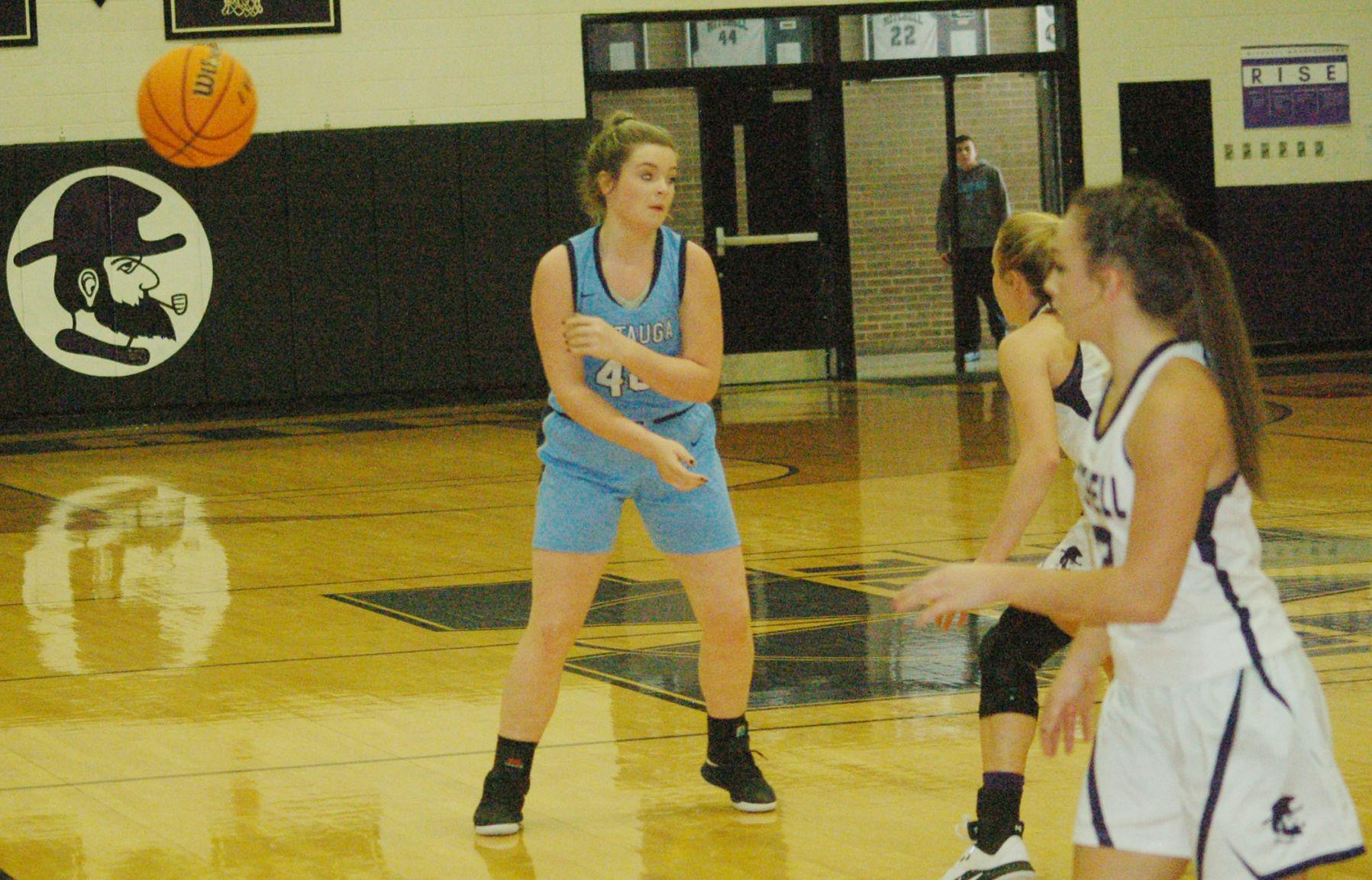 FOSCOE – Citing a readjustment of cash balances, the N.C. Department of Transportation has delayed replacing the N.C. 105 Watauga River bridge between Boone and Foscoe to March 2021.

The postponement is from the previously confirmed start date of March 2020, which was announced in early 2019.

N.C. Department of Transportation Division Engineer Mike Pettyjohn said on Jan. 2 that the change was one of several across the state they have made “to fit (its) budget model.”

The delay is the second on the bridge project, which was originally set to begin in fall 2019. Pettyjohn said the first delay was due to “financial balancing” of the N.C. State Transportation Improvement Project, which is a nine-year list of approved and planned NCDOT projects that is updated every two years, as well as not having right-of-ways secured for the project.

According to media reports, the NCDOT has been under scrutiny from N.C. Treasurer Dale Folwell and legislative leaders for its spending in the wake of multi-million-dollar natural disasters in the last two years. In September, the NCDOT suspended work on 900 projects across the state, including the N.C. 105 Watauga River bridge. NCDOT Secretary Jim Trodgon said the agency made the move to save money.

Plans for the Watauga River bridge on N.C. 105, as previously explained by NCDOT engineer Ramie Shaw, call for a new bridge parallel to the current bridge. The construction of the four-lane bridge will come with lane closures at non-peak hours for blasting. The adjoining intersection of Broadstone Road and N.C. 105, including a planned left-turn lane, is part of the bridge project, Pettyjohn said.

The new bridge is a subsection of a 4.5-mile widening of N.C. 105 that is planned between Old Shull’s Mill Road in Foscoe to the N.C. 105 Bypass in Boone.

Widening of N.C. 105 is still scheduled to start in October 2022, Pettyjohn said.

The project is currently estimated to cost $49.3 million and it has no currently scheduled completion date.

Plans to widen N.C. 105 have been debated since they were first proposed in 2008. The original N.C. 105 widening project would have traversed more than 14 miles from Boone to Linville in Avery County, but was scaled back in 2015 to include only the current 4.5 miles. 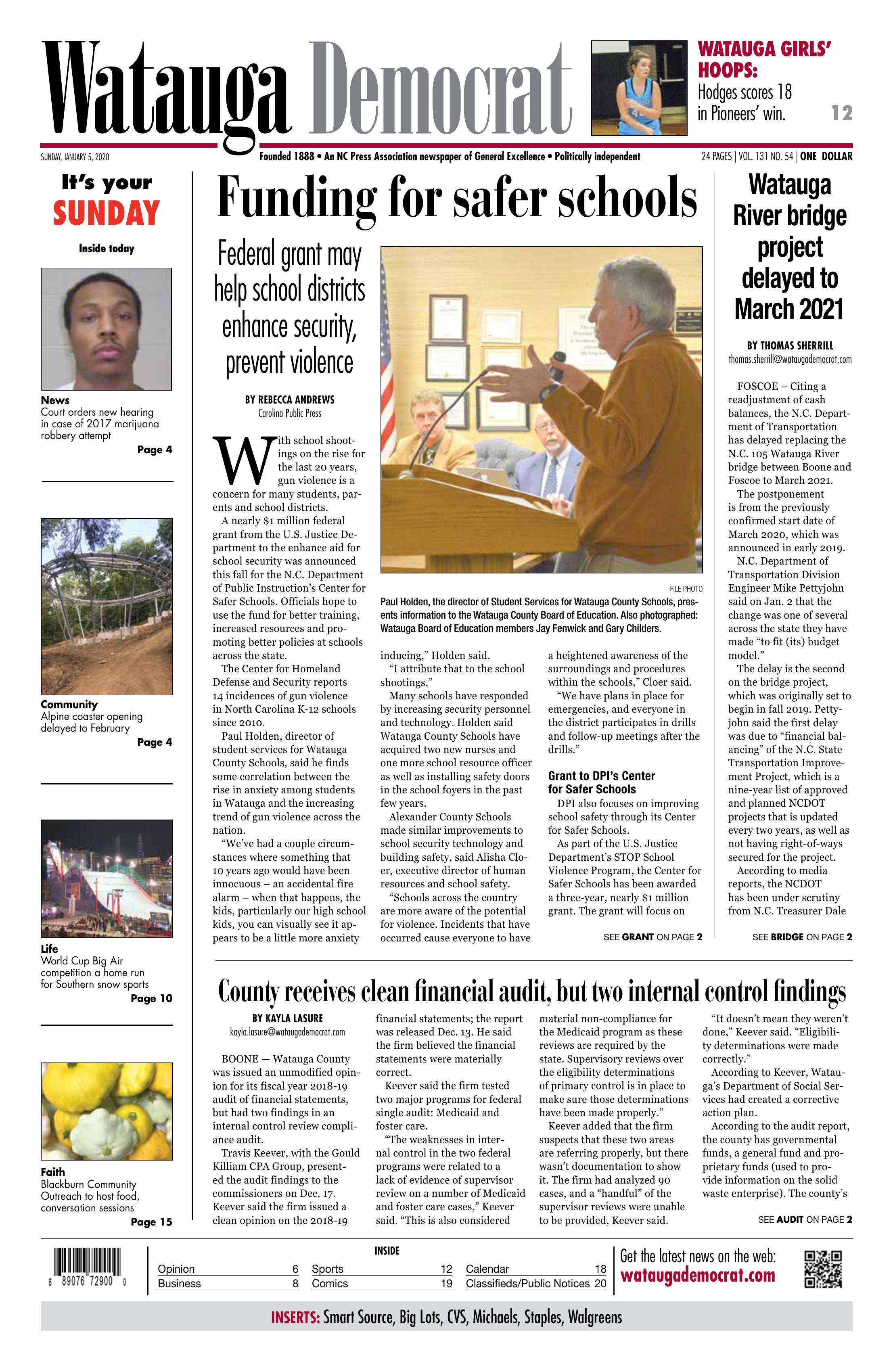