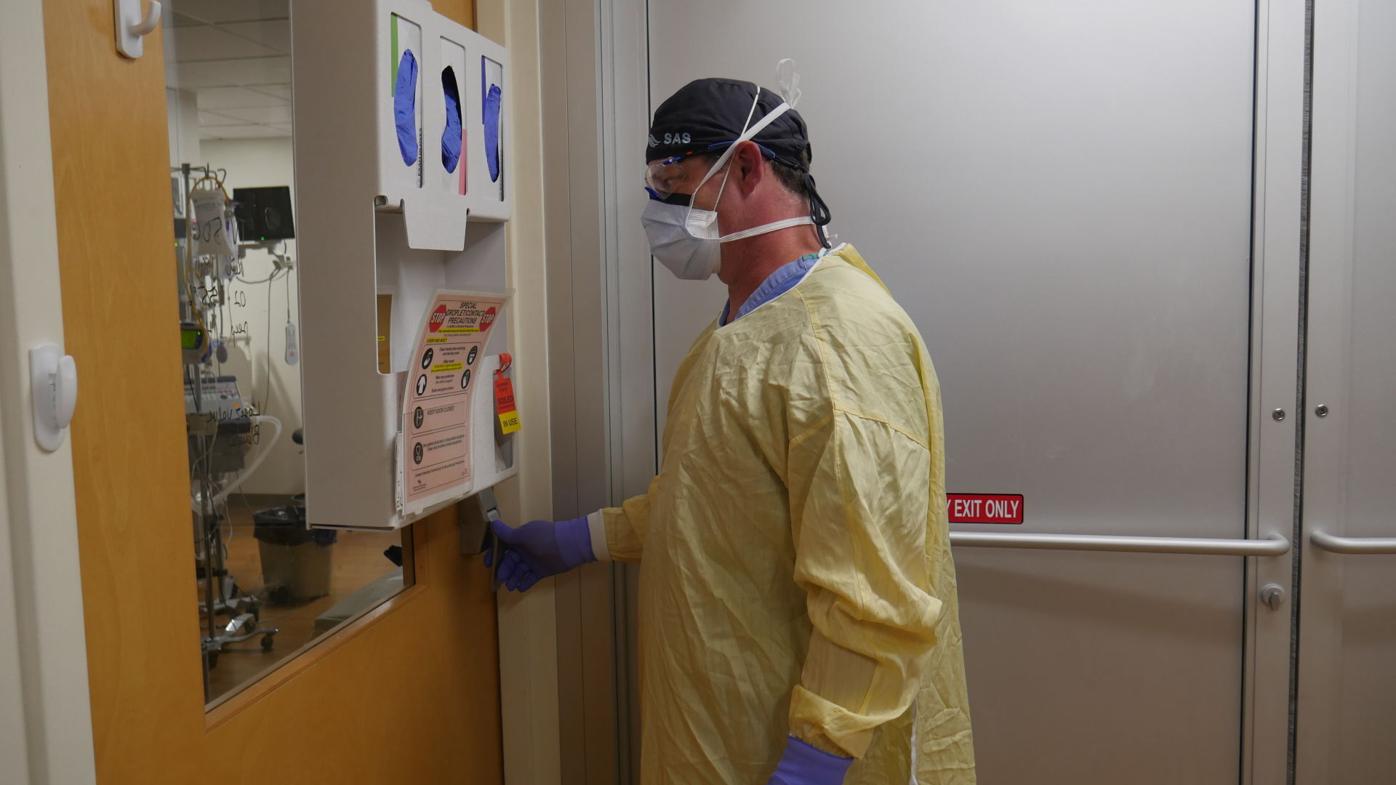 A clinical staff member at Watauga Medical Center enters a room with PPE on. 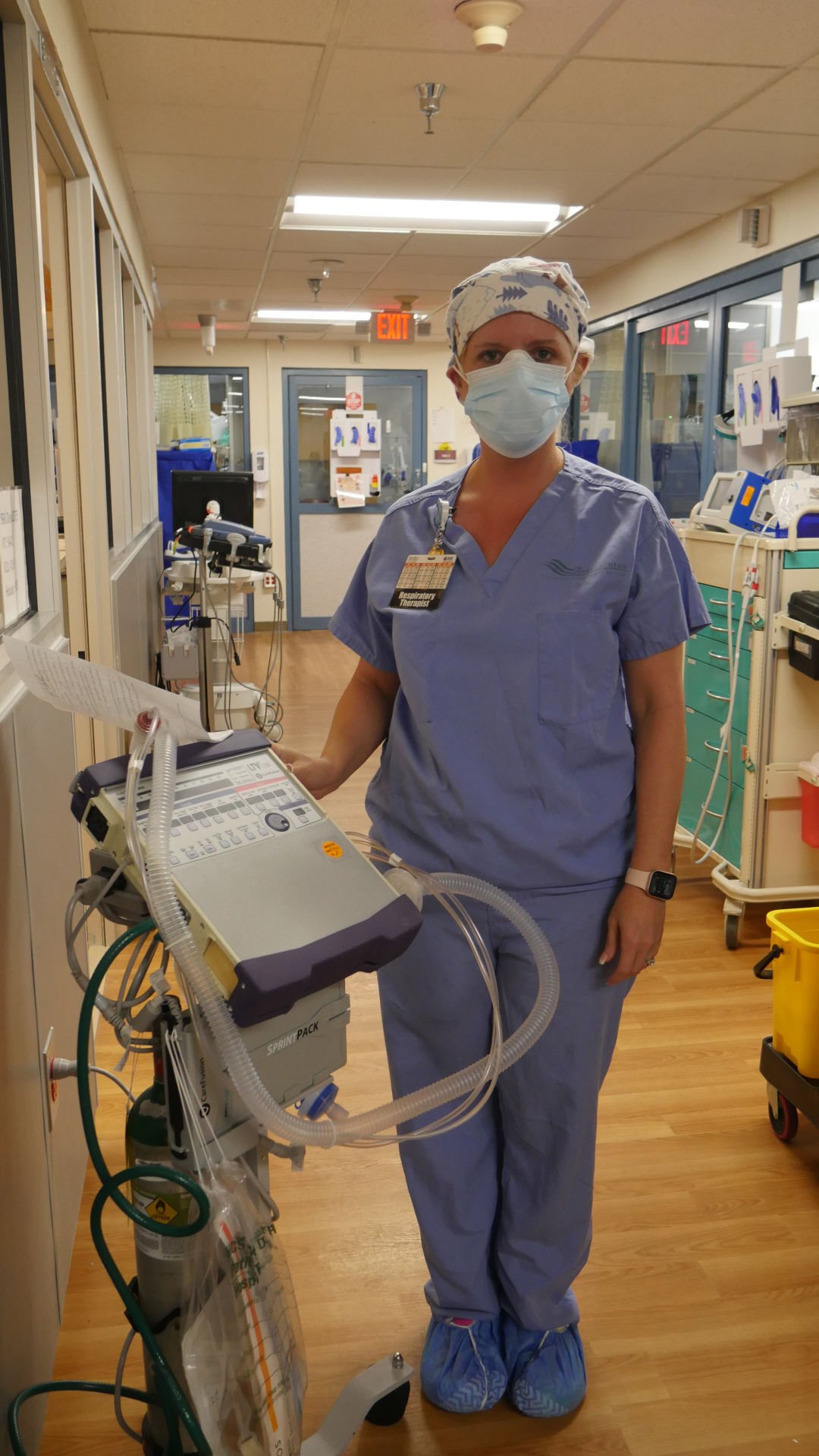 A clinical staff member at Watauga Medical Center enters a room with PPE on.

After polling her staff, Kaufmann — medical director of the hospital medicine group — said she hears the most that unvaccinated patients feel regret and guilt. She said the patients have those feelings for themselves and their family members when they end up admitted to the hospital and later get intubated.

“They didn’t really believe how sick they could be,” Kaufmann said. “They think this only happens to people who are already really sick. What people don’t fully understand is that this is a serious illness, and even young and healthy people can get really sick.”

For Kaufmann and her staff, seeing these patients get sick and even die is hard, especially when it’s preventable with the availability of vaccines.

The youngest person who has come to the hospital with COVID-19 and died was in their 20s, Kaufman said.

“You’ll see a frail, elderly person in the next room and someone (next to them) who’s in their 40s, and the frail elderly person who was vaccinated, they’re not nearly as sick,” Kaufmann said.

Before Kaufmann and her staff go into the one of the three COVID-19 isolation units — where currently six of the 15 patients are on ventilators as of Aug. 30 — they put on additional biohazard protective equipment beyond masks.

If a patient who has COVID-19 gets worse and can’t breathe on their own, they get put on a ventilator.

“We obviously try to have them breathe on their own as long as possible,” Kaufman said. “We try to avoid it as long as we can but when it becomes clear the patient is no longer going to be able to breathe for themselves, we ask them and most of the time the patient’s themselves are still awake enough to know that they’re wearing out that they can’t get enough air, even with all the devices that we’re using outside of their nose and mouth to help them breathe.”

By the time a doctor is recommending a patient be put on a ventilator, it needs to happen soon. Once a person is on a ventilator, Kaufman said the chance of survival depends on how sick they were to start with. If the patient had a bad heart disease or bad diabetes, their chances aren’t as good.

“What we’re finding with COVID-19 — and more so with this surge than the original surge — is we have a lot of younger people coming in who have never been seriously sick like this,” Kaufman said. “People who thought they were so healthy that they figured ‘well even if I get COVID-19 it won’t be a big deal.’ And then sometimes, it turns out it’s a very big deal and their lungs fill up with inflammatory fluid.”

During the recent COVID-19 surge with the Delta variant, Kaufman said they have seen multiple members of the same unvaccinated family in the hospital at the same time. Sometimes, one of the family members will make it and another won’t.

“It’s really hard for them,” Kaufmann said. “If a survivor persuaded their spouse or their parents to not get vaccinated, which has happened, if that person who was a decision maker survives and the one that kind of wanted to get vaccinated but didn’t want to upset their family, that’s been pretty traumatic.”

Kaufmann said the hospital is also seeing patients who had the original COVID-19 infection, but then come into the hospital with the Delta variant.

“Everybody I know who works in critical care units who work with COVID-19 patients would say we would like a world with no COVID-19, and we don’t have that choice,” Kaufmann said. “We have a choice between something that clearly will reduce severe illness, clearly reduces death, and it’s available, and the safety profile at this point is pretty good.”

Kaufmann said there’s no such thing as a perfect vaccine, but what is available is to give a person a greater chance at preventing COVID-19.

“People are not recovering the way they do from influenza and other viruses,” Kaufmann said. “There’s some people who had symptoms, and they were infected more than 18 months ago and some of them still haven’t recovered. I think what we’ve maybe failed to do is convey just how bad the illness (is).”

She said it’s sad when people believe that the illness is not that big of a deal because it’s a “huge deal,” not for everyone, but for a lot of people.

Kaufmann said that the hospital typically doesn’t have a lot of unexpected deaths, but recently there have been a lot, which she said is “true everywhere” as people get sick faster.

Every single death in Ashe and Watauga counties has been among those who are not vaccinated.

“Our deepest sympathies are with those who have lost someone due to COVID-19.” said AppHealthCare Health Director Jennifer Greene. “Each of these lives is important and a valuable member of our community. We urge anyone who is unvaccinated to not wait and get a vaccine today. The vaccines are working like they should and helping prevent severe illness, hospitalization and death. We care deeply about our community and don’t want to see anyone experience hardship or loss due to this virus.”

Oh lord, and here I thought you'd actually left. Keep changing the goals posts, huh? Can't use the "It's not FDA approved" line anymore? Care to provide links to this CDC data your claiming, or are you just gonna provide your typical "YoU GotTa Do YoUR OwN rEsaRcH!" line again?