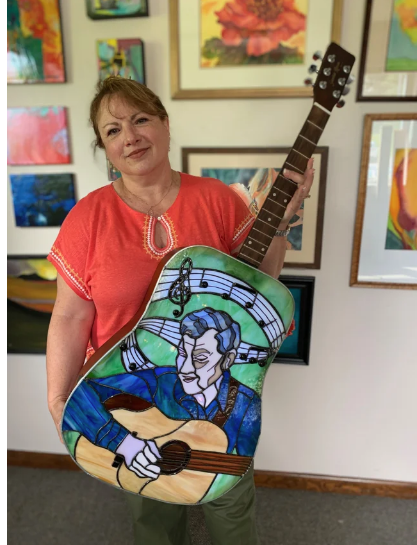 Artist Beth Shuford holds up her ‘Doc Watson Stained Glass Guitar.’ The guitar is one of several instruments up for grabs at Watauga Arts Council’s Silent Auction. 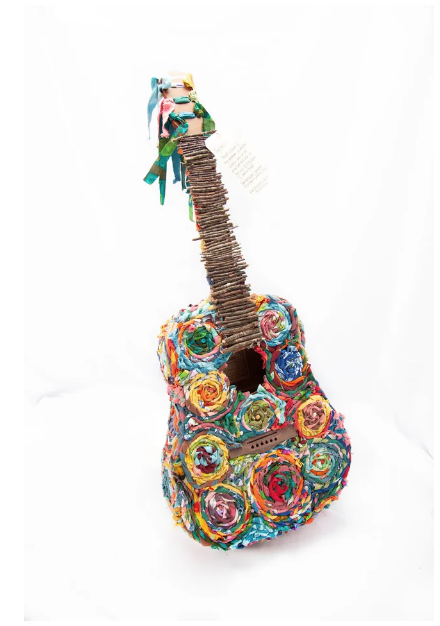 This unique design called ‘Ragtime’ is the work of artist Andi Gelsthorp. 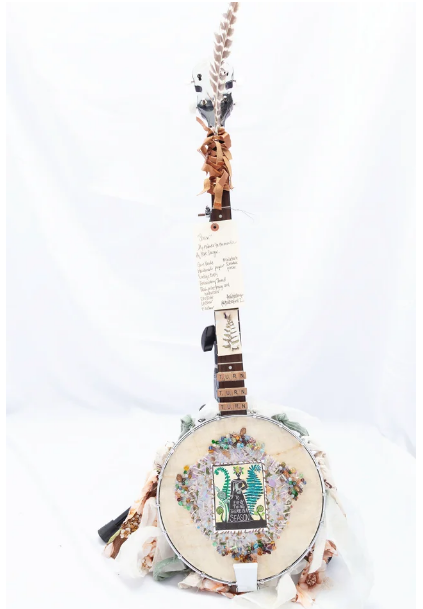 Andi Gelsthorpe transformed this banjo into a work of art called ‘Season.’

Artist Beth Shuford holds up her ‘Doc Watson Stained Glass Guitar.’ The guitar is one of several instruments up for grabs at Watauga Arts Council’s Silent Auction.

This unique design called ‘Ragtime’ is the work of artist Andi Gelsthorp.

Andi Gelsthorpe transformed this banjo into a work of art called ‘Season.’

BOONE — Watauga Arts Council announced they have combined two arts council events for a First Friday Art Crawl unlike any other.

Watauga Arts Council will now host the Art Instrumental Silent Auction alongside Buskers Fest, the town’s first event celebrating people who perform in a public space for tips or donations, on Oct. 1, from 5-8 p.m. The weekend of Sept. 23-25 is the last weekend to participate in the council’s ongoing scavenger hunt.

“Boone has a rich history of buskers who have gone on to have incredible careers,” the council stated in a press release. “To name a couple, Doc Watson and Old Crow Medicine show both started out as buskers.”

Artists of all kinds are invited to perform or demonstrate on the streets to liven up the the stroll from Turchin Center to Ransom. Already, the arts council has booked areal silk performers, hat makers, painters, a brass band and acoustic performers for the event.

The arts council encourages visitors to stop by Appalachian Theatre for a performance by musical guests Damn Tall Building, who also got their start as buskers.

Join the council in supporting buskers and the broader local creative community by stopping to see the show before heading to the silent auction.

All instruments featured in the scavenger hunt will be collected, put on display at King Street Art Collective and up for grabs at the auction.

Forty percent of proceeds from the silent auction will go toward paying artists who created the instruments. Ten percent of the proceeds will benefit Watauga Arts Council for administering the program, and the rest of the money from the silent auction will be used to start a Public Arts Fund. Money from the fund will support the creation of more public arts within Watauga County.

Watauga Arts Council sees this event as an opportunity for artists to showcase their skills and promote themselves, while contributing to a celebration of the arts. Artists can register for the event at form.jotform.com/WataugaArts/buskers-fest-registration.