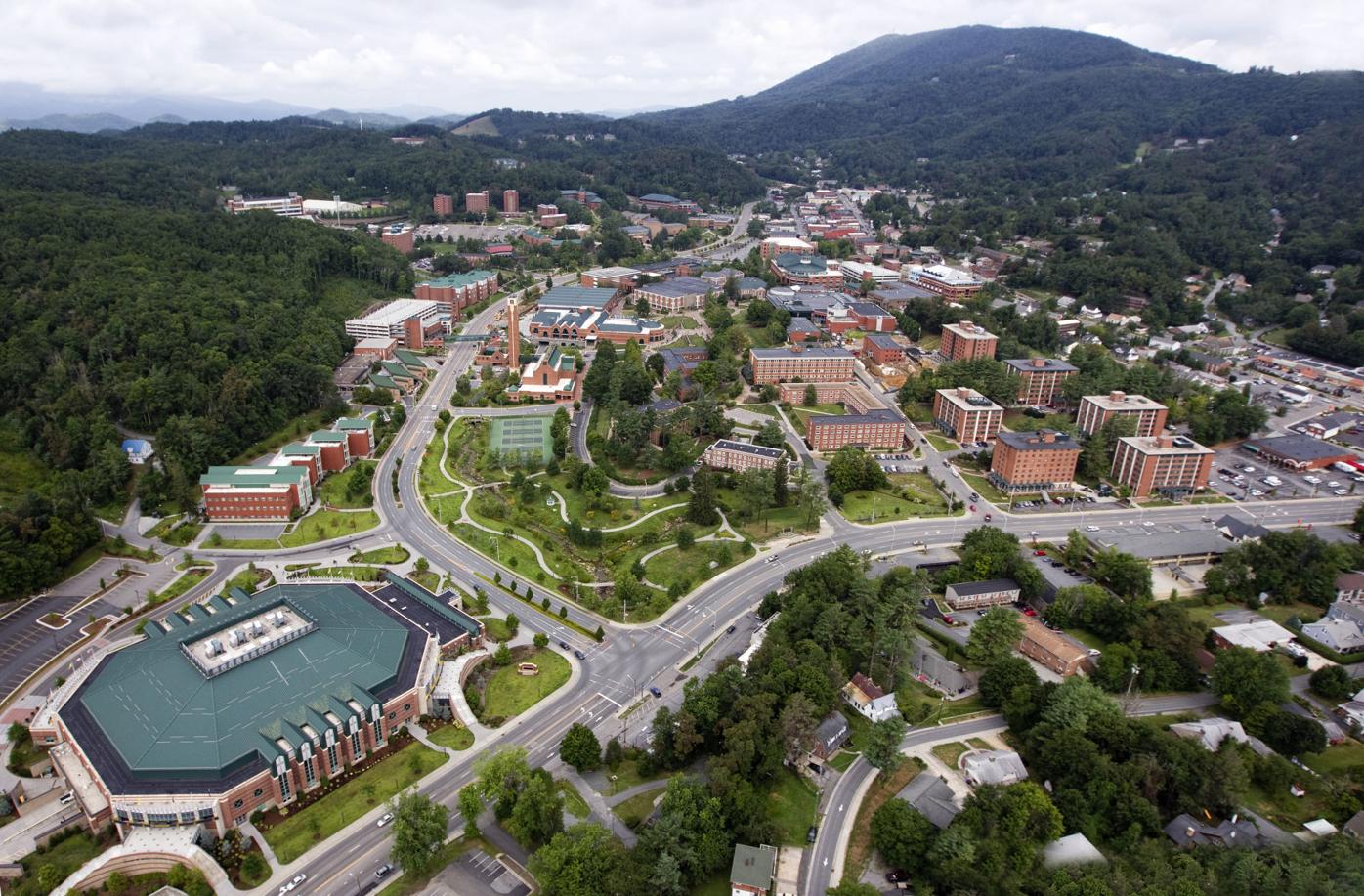 An aerial view of Appalachian State University’s campus in the Blue Ridge Mountains.

A map updated at 11 a.m. on April 2 by the N.C. DHHS shows 79 counties with at least one reported positive COVID-19 case. The map may not reflect all positive cases reported by counties.

An aerial view of Appalachian State University’s campus in the Blue Ridge Mountains.

A map updated at 11 a.m. on April 2 by the N.C. DHHS shows 79 counties with at least one reported positive COVID-19 case. The map may not reflect all positive cases reported by counties.

RALEIGH — As COVID-19 cases and deaths rise in North Carolina, the state is asking the Federal Emergency Management Agency to activate a non-congregant sheltering program, which could mean patients with minor symptoms could be housed in hotels and collegiate dormitories, N.C. Emergency Management Director Michael Sprayberry announced April 2.

“Implementing this kind of temporary housing would help reduce the surge of people to our state’s hospitals and help sick people get the care they need,” Sprayberry stated.

The program would be for patients “who have been exposed or tested positive for COVID19, but do not need hospitalizations (or) for those who are symptomatic and awaiting results,” Sprayberry said.

“Sheltering specific populations in non-congregate shelters should be determined by a public health official’s direction or in accordance with the direction or guidance of health officials by the appropriate state or local entities,” FEMA’s website states. “The request should specify the populations to be sheltered. Non-congregate sheltering of health care workers and first responders who require isolation may be eligible when determined necessary by the appropriate state, local, tribal or territorial public health officials and when assistance is not duplicated by another federal agency.”

Watauga County Emergency Services Director Will Holt said on April 2 that officials have “put some feelers” out to local hotels regarding non-congregant sheltering, but said no schools with dormitories had been contacted yet. Rob Hudspeth, Appalachian Regional Healthcare System senior vice president for system advancement, said there have been conversations about utilizing space at Appalachian State University and Lees-McRae College and other sites “if the surge in patients necessitates it.”

Holt added that he hasn’t been contacted by other counties regarding potentially housing patients in Watauga at this point.

Two new dedicated isolation units with 20 beds have been created with plans to develop additional isolation units at Watauga Medical Center and Cannon Memorial Hospital in later phases, according to Hudspeth.

“Leaders are making decisions without reliable data on COVID-19’s real prevalence in the population and true fatality rate,” Berger stated on March 25. “The only way to fix that is to immediately conduct random sample testing to scientifically estimate how many people have COVID-19, and then to conduct antibody tests as soon as practicable to estimate how many people had the virus.”

AppHealthCare, Watauga County’s district health department, said it would generally be in favor of more testing similar to what state and federal agencies currently do for influenza.

“Should we see increased access to personal protective equipment and testing capability in the future, we would certainly support testing as a key strategy to help us apply containment strategies like asking people to isolate and telling close contacts to quarantine,” AppHealthCare’s Melissa Bracey said. “We are continuing to provide this direction to people who are known or have suspected COVID-19. Based on the current circumstances and the fact that we know community transmission is occurring in North Carolina, we believe that using mitigation strategies like social distancing to reduce the spread along with other methods to track the virus, similar to our influenza tracking, is our next best step.”

As of April 2, the N.C. DHHS reported 28,679 tests completed by the N.C. State Laboratory of Public Health and reporting hospital and commercial labs. N.C. DHHS Secretary Mandy Cohen said on April 1 that there were about 5,100 tests pending.

The number was higher than the 1,857 positive cases reported by the N.C. Department of Health and Human Services as of 10:55 a.m. April 2.

The newspaper’s numbers are updated throughout the day while the N.C. DHHS numbers are only updated once a day.

N.C. DHHS officials have acknowledged that the case counts do not fully represent the spread of COVID-19 throughout the state. County and state health departments said last week that they were prioritizing people with urgent medical needs and health care workers for testing.

Deb Gragg with Toe River Health District, serving Avery, Mitchell and Yancey counties, reported on April 1 that 47 tests had been conducted in Avery County, with 34 negative results and 13 results pending.

Nationwide, Johns Hopkins University & Medicine reported 234,462 cases of COVID-19 in the U.S. as of 3:30 p.m. April 2, with 5,607 reported deaths, continuing the upward trajectory of American pandemic numbers. The university also reports that 8,849 patients have recovered from the virus nationwide.