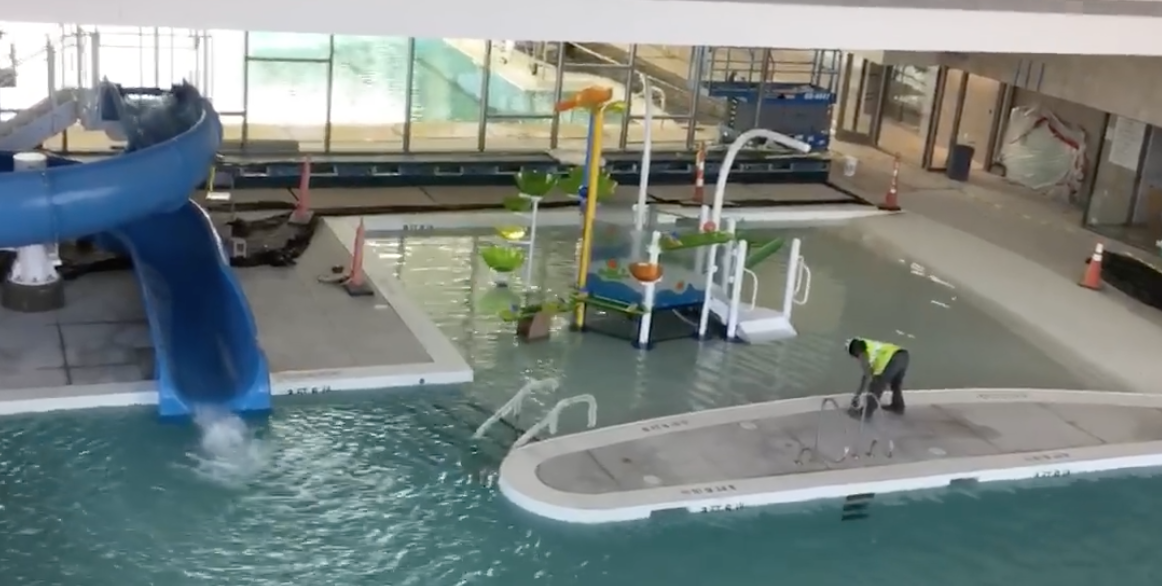 The Watauga County Community Recreation Center pool is near completion. 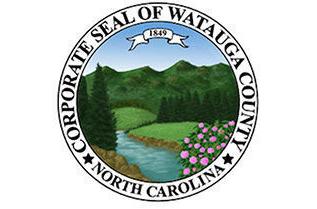 The Watauga County Community Recreation Center pool is near completion.

BOONE — While the COVID-19 pandemic has had a minimal effect on the construction of the Watauga Community Recreation Center, County Manager Deron Geouque said it has halted the previously planned opening date for the project.

According to Geouque, the hope was to open the center a week or so before Memorial Day (May 25). The rec center opening is now “on hold” until officials have a clear understanding as to when the restrictions regarding the COVID-19 crisis will be lifted, he said.

The majority of the project’s construction work is complete with efforts focused on completing final tasks and inspections required to begin staff training and preparing for occupancy, Geouque said.

Crews are still present on the rec center site and continue work toward its completion, but Geouque said new precautionary measures have been implemented based on guidance from the Centers for Disease Control, N.C. Department of Health and Human Services, Occupational Safety and Health Administration, National Safety Council and the Associated General Contractors of America.

Harper Construction created a COVID-19 exposure prevention, preparedness and response plan with the recommendations from those groups in mind. According to Geouque, the plan includes phasing the work that remains inside the building to ensure social distancing, providing hand-washing stations, eliminating meetings and on-site gatherings, posting literature throughout the site to help educate crews and implementing good cleaning and sanitizing practices. Harper’s plan continues to evolve with new information and a changing environment, Geouque said.

During the April 7 conference call meeting of the Watauga County Board of Commissioners, Commissioner Charlie Wallin said he received questions from community members about what to do if people split their time between Watauga and other locations.

Effective March 31, the Watauga County state of emergency declared that all residents and non-residents of Watauga County arriving for overnight stays are ordered to self-quarantine for a period of 14 days or seven days after symptoms have resolved, whichever is longer, while present in the county if arrival was preceded by overnights outside the county. The only exceptions to this provision are commuting “essential” workforce and emergent response as coordinated through the Watauga County emergency services director, AppHealthCare director and/or Watauga sheriff and their designees.

AppHealthCare Health Director Jennifer Greene said that the virus is so easily spread, and people traveling back and forth from home to home can put those individuals at higher risk as they are likely also traveling other places.

“The reason the self quarantine was added to the state of emergency is certainly to help deter people from doing that,” Greene said. “What we want to try to prevent is people bringing the virus into the community unintentionally.”

Commissioner John Welch mentioned seeing a photo of people playing an outdoor volleyball game in a park in Charlotte, and said it was concerning as he hoped people in Watauga continued to practice social distancing. Geouque said the county was doing its best to keep open all recreational opportunities that haven’t closed. He said that if people are enjoying recreational opportunities in locations like the Blue Ridge Parkway, the county asks that they heed social distancing requirements and not have mass gatherings.

“If we continue to have issues where people are not practicing social distancing, the county will have to look at other measures of closing them or restricting (recreational opportunities),” Geouque said. “We don’t want to do that.”

Thinking of how COVID-19 will impact the economy was part of the discussion the commissioners had when talking about a $10,000 matching grant request from the Cove Creek Preservation and Development group for the Doc and Merle Watson Folk Art Museum. David Tyner spoke with the commissioners about the grant, which CCPD first received in 2018 from Blue Ridge National Heritage Area for upgrades to the museum.

At that time, CCPD came to the commissioners to request matching funds for the project, and the board planned to discuss with the Watauga Tourism Development Authority where funds could be allocated from. Due to health concerns of a project leader, CCPD was unable to complete the project by the time the original grant ended. Blue Ridge National Heritage Area allowed for a grant extension, as long as CCPD can secure matching funds of $10,000.

Planning and Inspections Director Joe Furman approached the commissioners about the Guy Ford project during the April 6 meeting. Furman said the project’s lowest bidder was Tri-County Paving Inc. of West Jefferson, with a project cost of $117,697.48 — over the budget the TDA had previously committed. The commissioners directed Furman and other project officials to try to negotiate the price to the $110,000 commitment from the TDA.

Unsure of how the pandemic will impact county revenues as well as funding Watauga will receive from the state, Geouque said the county is already looking at asking departments to cut anywhere from 5 to 10 percent from their budgets. According to Geouque, department heads have already been asked to cut any unnecessary travel and are under “basically a hiring freeze.”

Understanding the matching funds was a previous commitment already made, the commissioners voted to approve the $10,000 funding to CCPD. Several members of the board did acknowledge how tight county spending may be going forward, though.

The commissioners also approved a request from the Watauga Humane Society to apply for a Small Business Administration loan under the recently enacted CARE Act. The board also approved the allocation of $9,841.55 from the Economic Development capital reserve budget for a second cooler for High Country Food Hub.