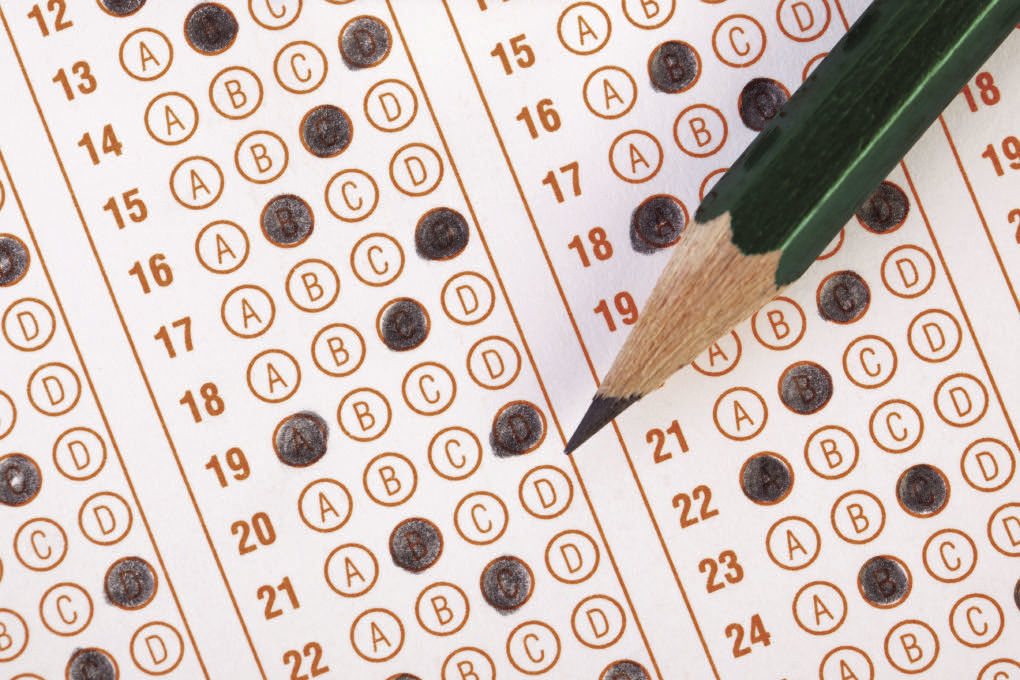 North Carolina students will not be required to take any state testing for end-of-grade or end-of-course exams this year. 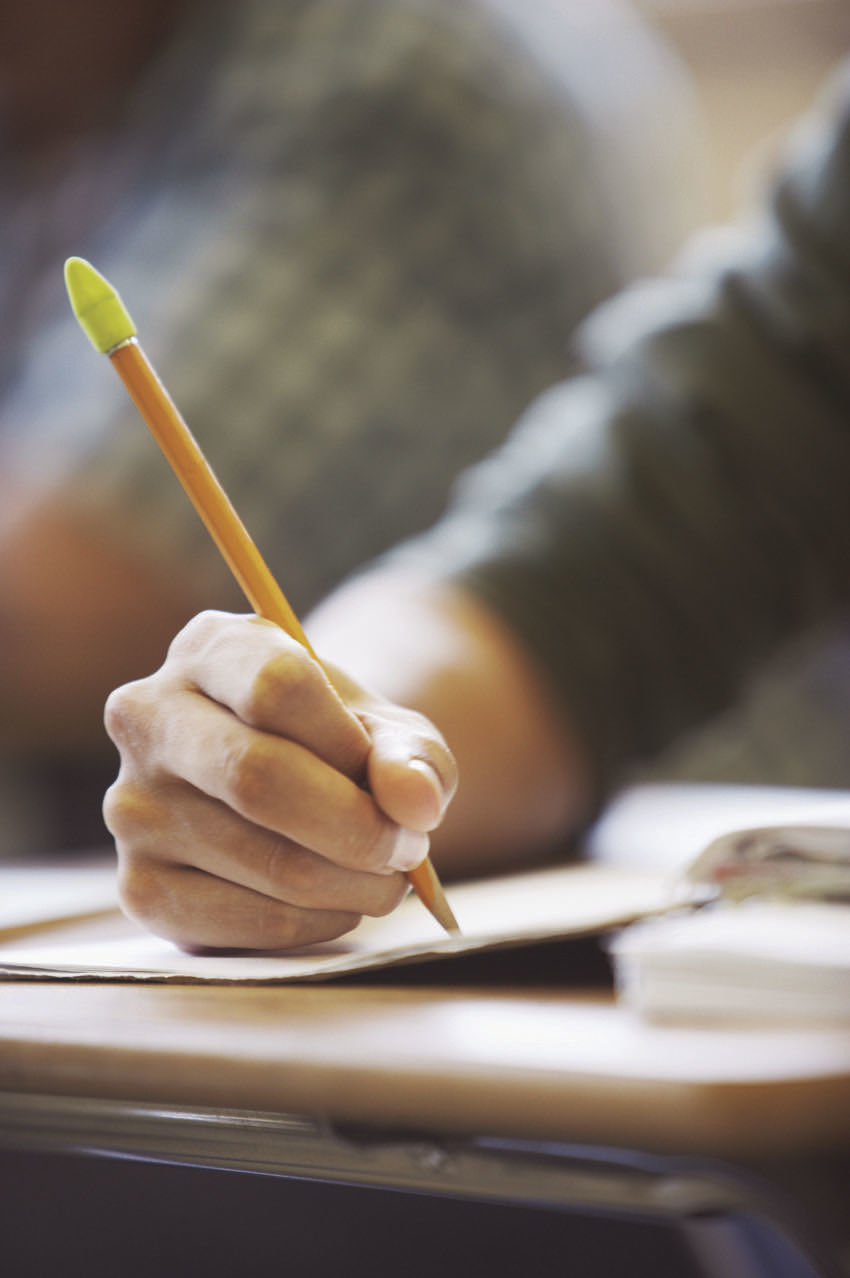 The way students will receive grades for the 2019-20 academic year is different than in previous years due to the COVID-19 pandemic.

North Carolina students will not be required to take any state testing for end-of-grade or end-of-course exams this year.

The way students will receive grades for the 2019-20 academic year is different than in previous years due to the COVID-19 pandemic.

RALEIGH — North Carolina public school students will not participate in standardized tests at the end of the academic year, and state education leaders have also enacted a policy on grading for the terms affected by the COVID-19 pandemic.

The 2019-20 school year has been quite different for public schools as students and teachers have had to adjust to learning from home due to the COVID-19 pandemic. The abnormal school operations will carry over into the way students finish the year, as the North Carolina State Board of Education was granted a waiver from the U.S. Department of Education for federal student testing and accountability requirements for the 2019-20 school year, according to Watauga County Schools Chief Academic Officer Tamara Stamey.

On March 23, the N.C. Department of Public Instruction announced that the state would be pursuing the waiver. The waiver means that public school students will not be engaged in any state testing for end-of-grade or end-of-course exams, Stamey said.

Under a temporary grading policy approved by the State Board of Education, elementary and middle school students also will not receive traditional grades for the year. According to WCS Superintendent Scott Elliott, students in grades K-5 will not receive letter grades and instead will receive specific feedback from their teachers about their strengths, weaknesses and needs.

“A student’s grade will be held harmless for learning after March 13, and a grade of pass will be assigned to any student who was meeting expectations and passing the course as of March 13 or who worked to improve to the point of passing after March 13 through remote learning,” stated NCDPI.

Students in grades 6-8 will receive grades of either a pass or offered a withdraw option if not passing as of the end of the year, Elliott said. NCDPI explained that a “withdraw” designation does not equate to a failing grade, nor does it indicate that a student should be retained or that the course must be repeated. A withdrawal will indicate a lack of evidence of mastery of the standards addressed in a particular content area, the state department stated.

Under the same policy, Elliott said high school students in grades 9-11 can choose either a numerical grade, a pass or a withdraw. All students may continue work until the school system’s last day of school on May 29 to improve their grades. Seniors’ grades were captured as a pass or withdraw as of March 13, according to Elliott. NCDPI stated that a student’s GPA will not be affected if they choose a grade of pass or no credit.

“For students who had a failing grade, districts and schools have been directed to provide remote learning opportunities to help them to pass,” NCDPI stated.

When asked what opportunities are being offered to students to help them pass, Stamey said teachers are reaching out to students to review previously taught material and bring the students to mastery.

“The method might look different for different students depending on the reason for the initial failing grade,” Stamey said. “In many ways this will be personalized to meet the student’s particular needs.”

Teachers will continue to work with students through May 29, at which point Stamey said grades will be finalized. WCS is waiting for guidance from the state on whether there will be summer school options.

Stamey said teachers and support staff work hard during the school year to provide intervention methods to students to ensure they will be ready for the curriculum in the following year. In some cases, though, teachers will take note by mid-year if there is not sufficient progress being made in the curriculum by a student.

Typically when making decisions to send a student on the next grade level or retain them, Stamey said the school will then start a conversation with parents to determine if retention is an appropriate strategy.

“The team of parents and school staff will consider the whole child, not just one academic area, and will also review the social, emotional and behavioral needs of the child,” Stamey said. “The team wants to be sure that having a second opportunity to master the curriculum is really the best strategy.”

Retention may be recommended if based on data the team believes that another year with additional supports in place will set the student on a “positive learning trajectory moving forward,” Stamey added. In consultation with the team of parents and teachers, the principal at that student’s school then communicates the final decision including the plan for support structures. Support services may include additional tutoring, more specialized curriculum materials or intensified intervention in the following school year.

For the current school year, Stamey said school officials will use the same process for retention decisions. She added that WCS will not retain students based on a lack of mastery of content since March 13, and any retention discussions taking place now would have already been in place prior to March.

“I believe educators in Watauga County are aware that all students will come to school next year in need of structured review and reteaching of content before they can begin instruction in the new curriculum,” Stamey said. “We are already developing a plan with our teachers now to identify and address those needs in the first weeks of August as we begin the new school year.”

According to an April 23 article from EducationNC, the state board requested $380 million in funding from the N.C. General Assembly for a number of areas impacted by COVID-19 — $70 million of this would be for a Summer Bridge/Jump Start program. Elliott said state educators are discussing a late summer Jump Start program for students with the greatest academic, social and emotional needs and who need a little bit of a head start before the 2020-21 school year.