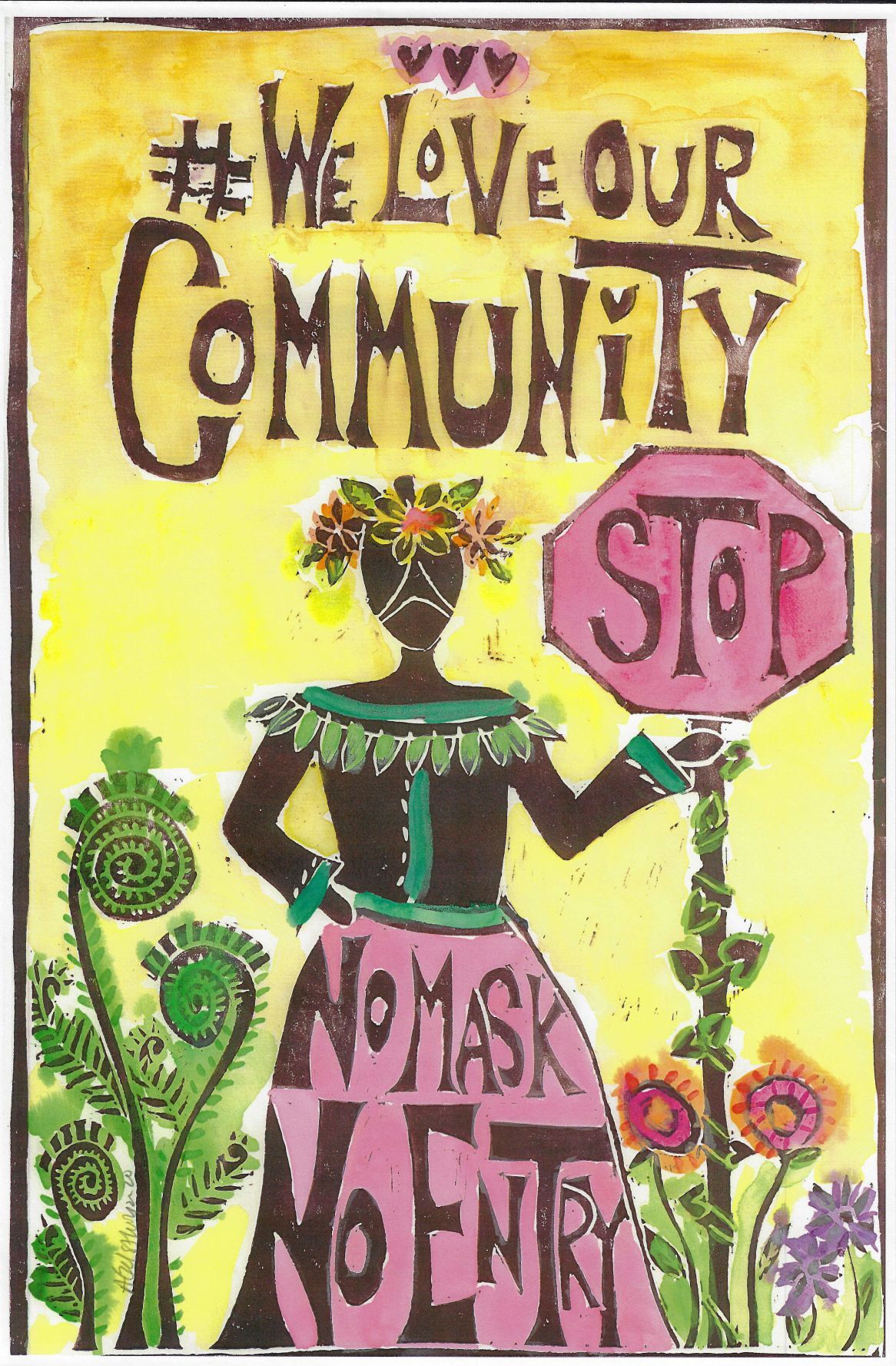 Artwork submitted by artist Andi Dandelion for the Pandemic in Watauga Project. 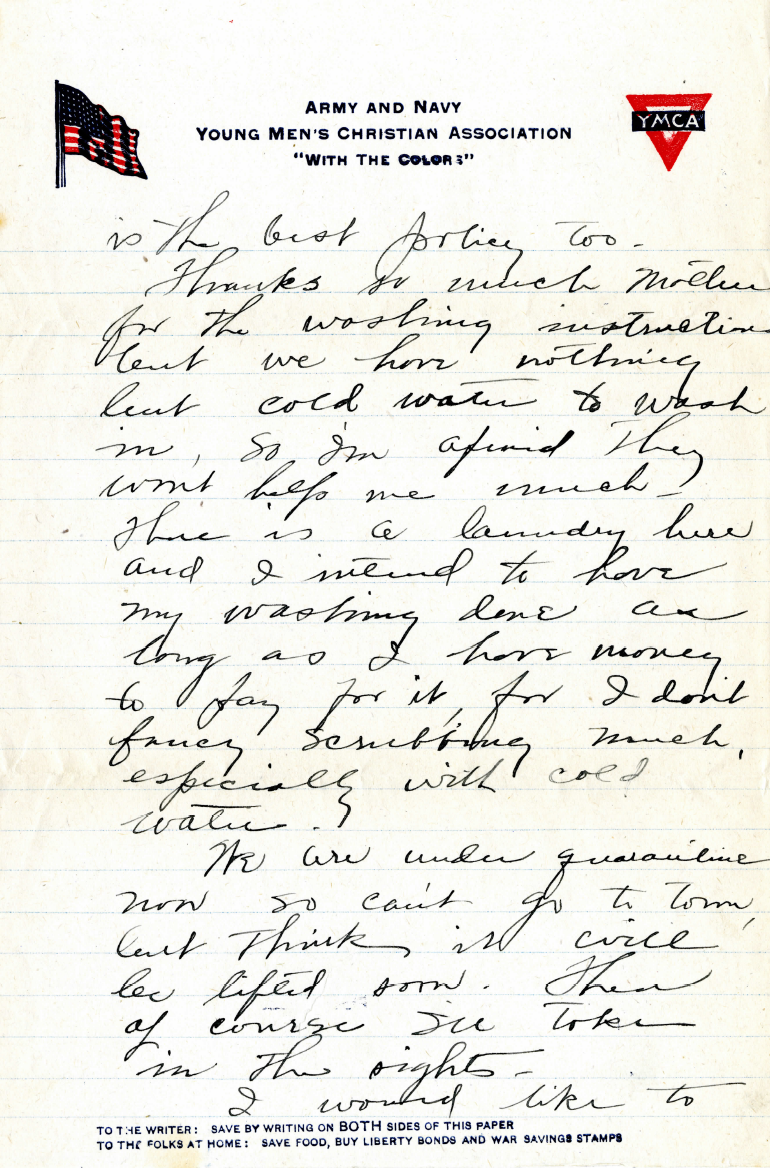 Page three of Thomas Mast’s letter of July 1, 1918, mentions the quarantine at Camp Crane, as well as Mast’s frustration with the limitation on his movements and his hope that it would be lifted soon. Like many soldiers and civilians, Mast found ways around the local quarantine during the summer, only to face a second wave of influenza in the fall of 1918. 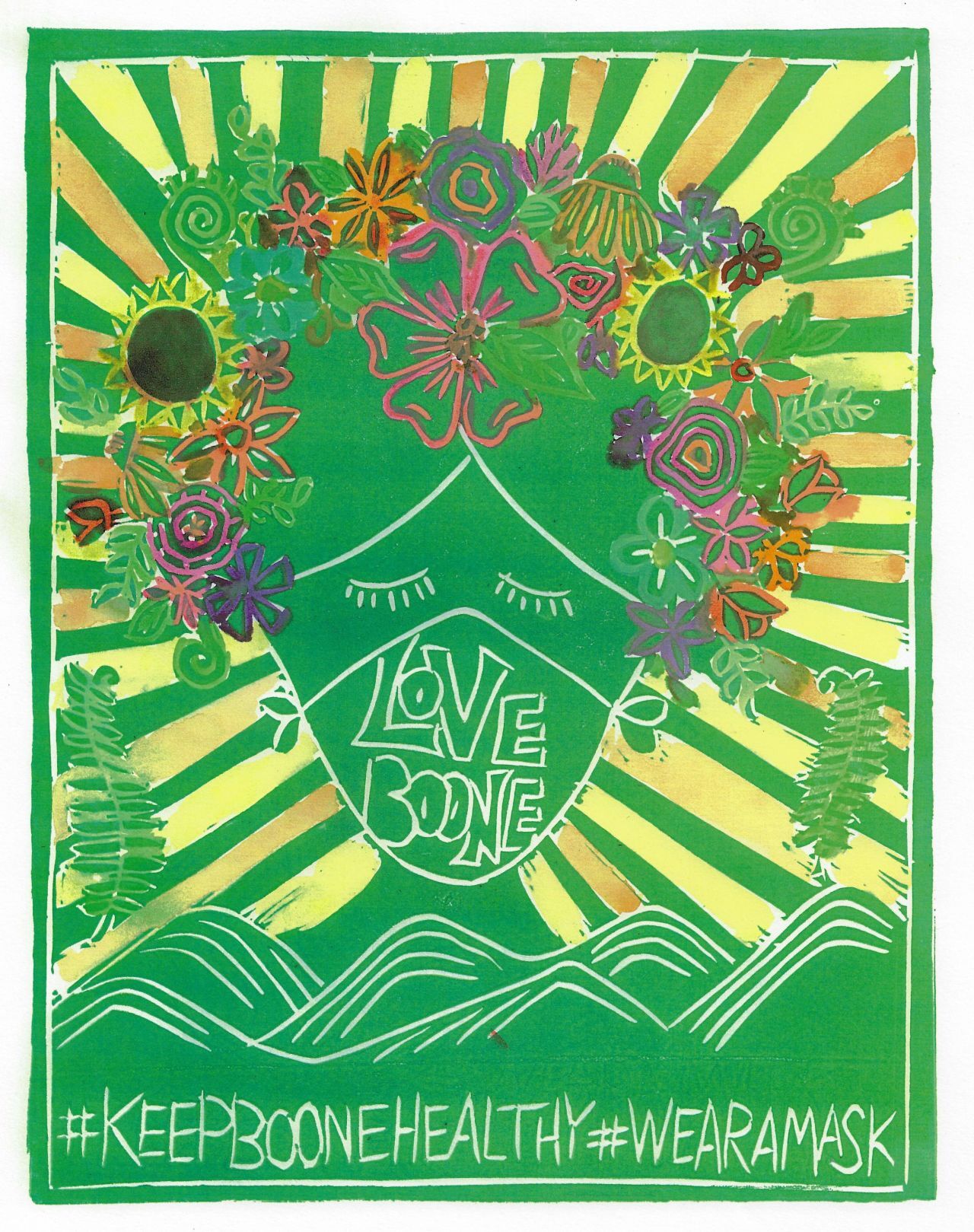 Artwork submitted by Andi Dandelion for the Pandemic in Watauga Project.

Artwork submitted by artist Andi Dandelion for the Pandemic in Watauga Project.

Page three of Thomas Mast’s letter of July 1, 1918, mentions the quarantine at Camp Crane, as well as Mast’s frustration with the limitation on his movements and his hope that it would be lifted soon. Like many soldiers and civilians, Mast found ways around the local quarantine during the summer, only to face a second wave of influenza in the fall of 1918.

Artwork submitted by Andi Dandelion for the Pandemic in Watauga Project.

WATAUGA — Seven years after the founding of Digital Watauga, a team of volunteers are taking a local archival project in a new direction.

The Pandemic in Watauga is the “brain-child” of three members of The Digital Watauga Project’s team.

“We made this offshoot with the goal of capturing the stories of the pandemic in Watauga County through the voices of its citizens,” Sai Estep said.

Estep is the Digital Watauga coordinator and the adult services specialist at Watauga County Library.

Estep, along with Tara Bradshaw and Jennifer Woods, were searching through the Digital Watauga archives when they came across an item that provided a snapshot of Boone during the height of the Spanish influenza.

In series of letters from 1918, Thomas Mast writes home to Boone about his time stationed in Pennsylvania, where he’d been stationed during World War I. In one letter, he airs frustrations about being under quarantine in the barracks. The anecdotes about being stuck inside and unable to go to town are familiar to anyone who has endured COVID-19 lockdowns.

Digitizing the communities accounts of COVID-19 will offer people in the future a window into the past, and the best thing is, Estep said, as long as someone can access the internet, they can access the project’s collection. For some people, that means having to come into the library, which makes it a vital resource for the community.

“It’s so important to have that connection to the past because you can’t know where you are or where you’re going without knowing where you’ve come from,” Estep said.

The project relies on submissions from residents of Watauga County. Submissions can be photos, videos, paintings and poetry so long as it pertains to the ongoing pandemic.

Estep’s favorite submissions include videos, where Watauga County residents interview their family members about their experiences during the pandemic.

“It seems like we’re moving away culturally from the static format of a photograph to the moving image of video, and I think when people are submitting video it really captures the zeitgeist accurately because video is such a relevant format,” Estep said.

Bradshaw admits that soliciting submissions from the public has been a challenge. She hoped that the vaccine rollout would be the beginning of the end of the pandemic, which would give people the hindsight needed to consider the impact of a global health crisis, but case numbers continue to rise in Watauga County.

Bradshaw graduated from Appalachian State University in 2019 and earned her master’s in library sciences from the University of North Carolina Greensboro in 2021.

“We’re still in the pandemic and not too many people want to think about that,” Bradshaw said. “I don’t think this is something that will pick up until we’re actually done with the pandemic, but it was nice to lay out the groundwork early.”

A team of volunteers commit from 6-15 hours a week to the Digital Watauga Project, a testament to the dedication required for this kind of work.

Archival work takes a lot of patience and an eye for the small details, Shannon Russing, one of the volunteers said, adding that Digital Watauga’s founder, Eric Plaag, has devoted countless hours to the project for no pay.

Both projects are funded entirely by donations to the Watauga County Historical Society, which relies on donations from the community. Neither would be possible without contributions from residents.

“The community is the main source of all of the information and all of the materials,” Bradshaw said. “It’s their own history and they’re the ones writing it; it really can’t be done without them.”

More information on the project can be found at tinyurl.com/7etfdux3.