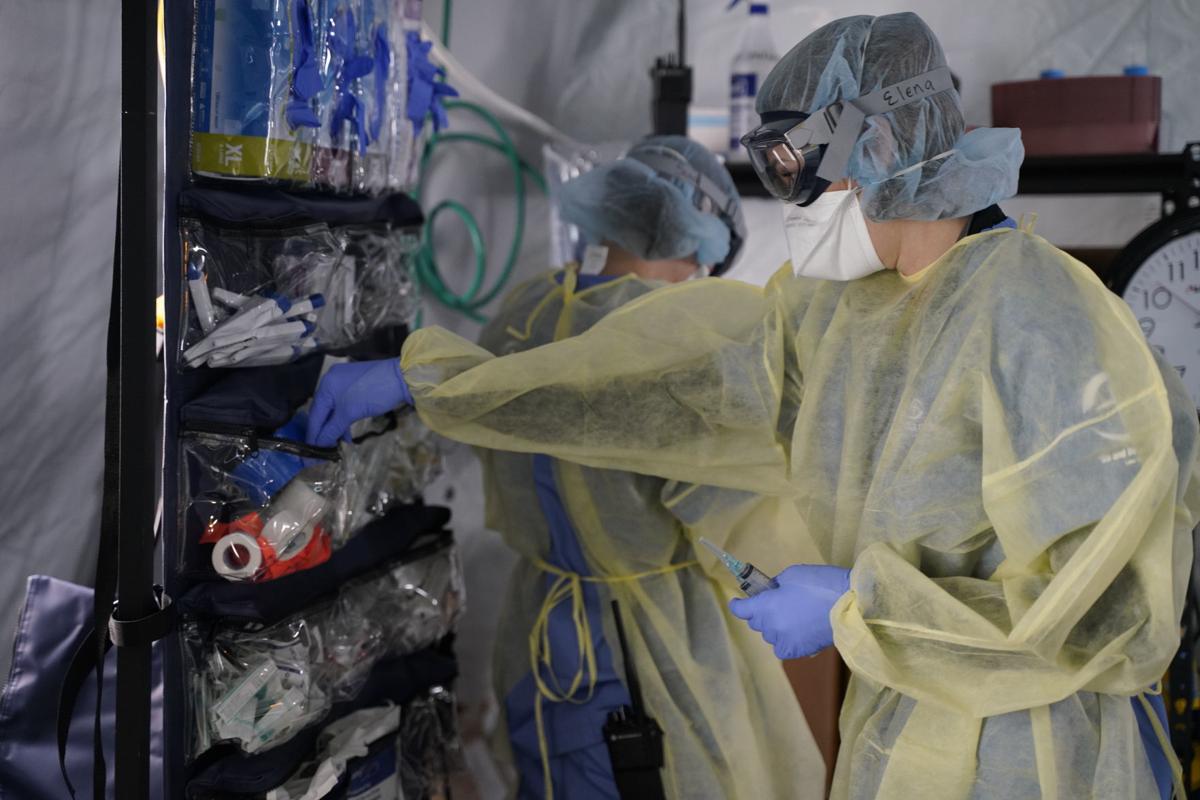 Samaritan’s Purse field hospitals are fully stocked with medical supplies to provide relief to areas suffering from a high number of positive COVID-19 cases, such as New York City. 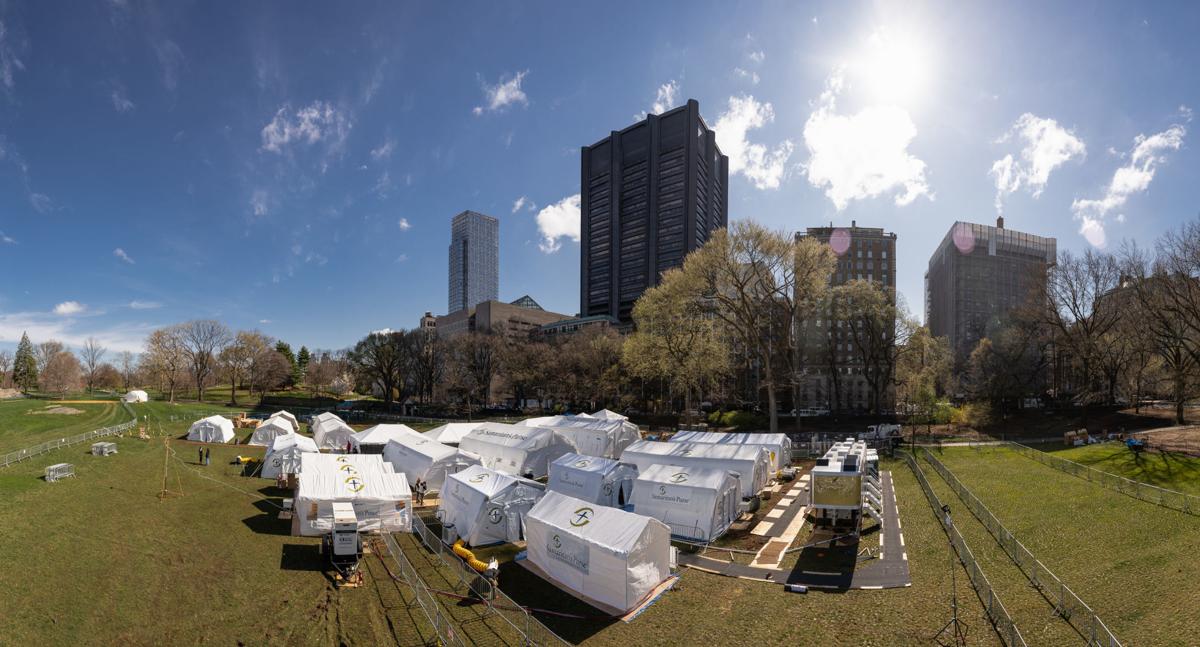 A panoramic view of the Samaritan’s Purse field hospital in New York City, N.Y., during the COVID-19 pandemic. 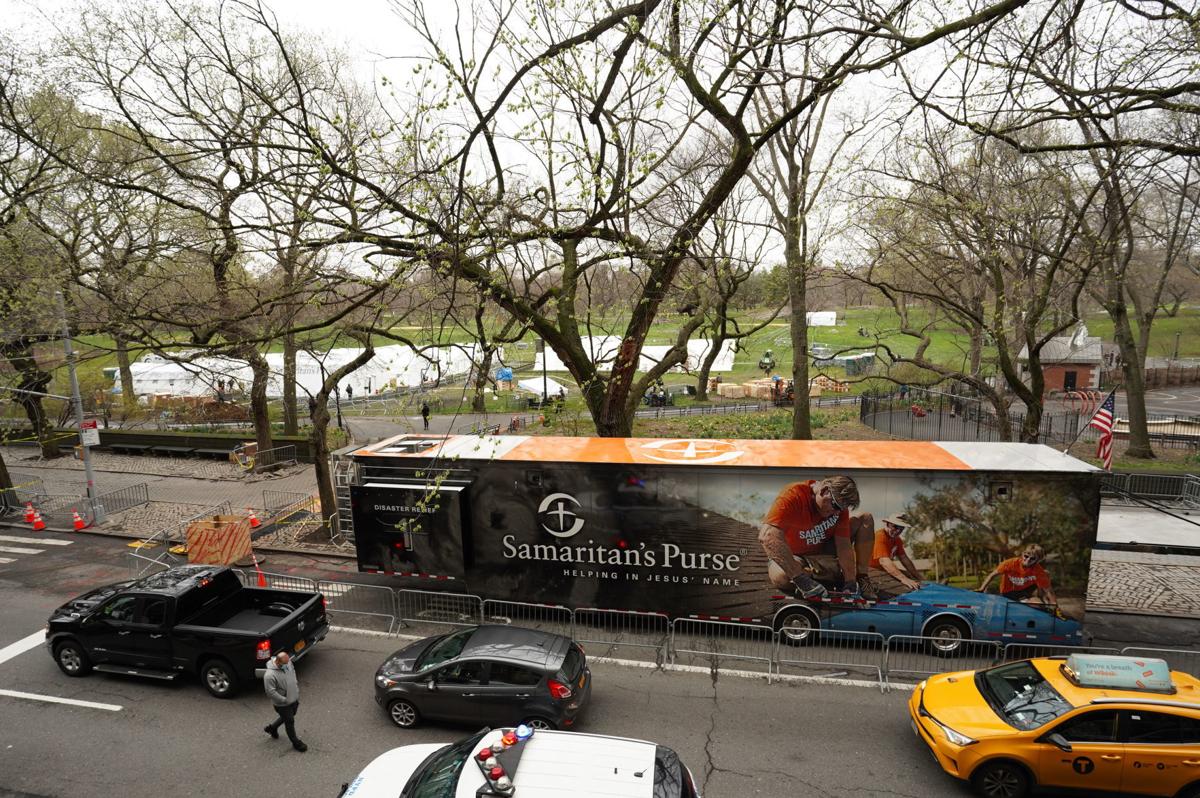 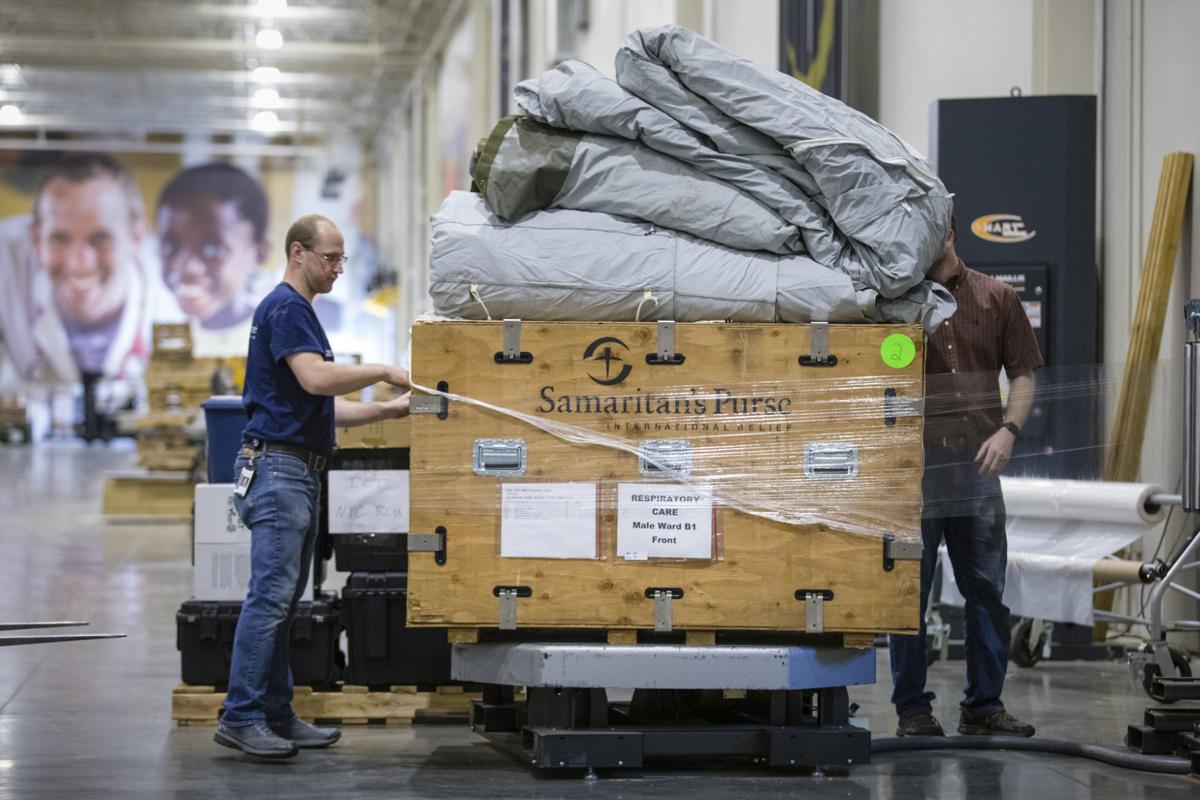 This 68-bed unit has a unique layout with specialized equipment to provide the highest level of respiratory care to patients who are suffering from COVID-19.

Samaritan’s Purse field hospitals are fully stocked with medical supplies to provide relief to areas suffering from a high number of positive COVID-19 cases, such as New York City.

A panoramic view of the Samaritan’s Purse field hospital in New York City, N.Y., during the COVID-19 pandemic.

This 68-bed unit has a unique layout with specialized equipment to provide the highest level of respiratory care to patients who are suffering from COVID-19.

NEW YORK — Twenty-two staff from the High Country area were among 90 personnel working at a New York City field hospital in Central Park established by Boone-based Christian relief organization Samaritan’s Purse as of April 2, according to spokesperson Kaitlyn Lahm.

Lahm confirmed that the hospital started accepting patients mid-afternoon on Wednesday, April 1, and 24 hours later, there were “nine patients at the New York City site.”

A release from the nonprofit on April 1 called the New York City hospital an “identical unit” to the field hospital deployed to Milan, Italy, on March 17. The hospitals are composed of 14 tents and 68 beds, 10 of which make up the facilities’ intensive care units. The Samaritan’s Purse personnel also include a specialized Disaster Assistance Response Team.

Of the 66 Samaritan’s Purse personnel in Italy, there are “15 from the High Country area,” Lahm said.

As of April 2, Lahm said the Milan field hospital has had “eight patients recover in the ICU and be transferred to either regular beds or their homes.”

The Christian organization drew criticism and concerns from the public and some New York officials last week about its requirement for staff to sign a statement of faith, which includes a statement that men and women are “unique biological persons” and that “marriage is exclusively the union of one genetic male and one genetic female.”

The criticism was sparked in part by a Tweet by Samaritan’s Purse President and CEO Franklin Graham on March 29, which stated, “If you are a Christian doctor, nurse, paramedic, or other medical professional interested in serving COVID-19 patients in our @SamaritansPurse Emergency Field Hospital in NYC, please visit http://samaritanspurse.org.”

Lahm said that the application referenced in Graham’s tweet is for the foundation’s Disaster Assistance Response Teams, which are paid staff positions that require prospective members to sign a statement of faith before the application can be submitted.

According to NBC News, on March 29, New York Sen. Brad Hoylman called for Graham “to publicly assure LGBTQ New Yorkers that they will receive the same treatment as anyone else at the Central Park field hospital.”

As of April 6, Graham had not publicly responded to the request, but he released a statement to NBC News.

“We do not make distinctions about an individual’s religion, race, sexual orientation or economic status. We certainly do not discriminate, and we have a decades-long track record that confirms just that,” Graham said, according to NBC. “This is a time for all of us to unite and work together, regardless of our political views. Let’s support one another during this crisis, and we pray that God will bless the efforts of all those battling this vicious virus.”

Despite the assurances he received, New York City Mayor Bill de Blasio said that individuals from the mayor’s office would be sent over “to monitor” the Samaritan’s Purse facility in Central Park, according to both the New York Post and NBC News.

In response to these concerns, Samaritan’s Purse issued a statement, saying, “Samaritan’s Purse does not discriminate in who we help ... our doors at the emergency field hospital in the East Meadow are going to be open to all New Yorkers who need our help. We are here to save life, which is precious in God’s sight — and we do it all in Jesus’ name.”

“Every patient at the field hospital will receive the highest quality of care,” Lahm said. “No questions asked.”

Lahm said that Samaritan’s Purse is providing assistance to staff members upon their return home from New York City and Italy, including those individuals from the High Country.

“Samaritan’s Purse is assisting in areas like (working) from home, networking for housing, health monitoring and making Incident Management Team nurses available 24/7 to address any questions or concerns,” said Lahm.