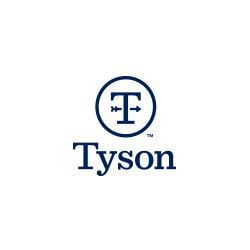 WILKESBORO — As officials monitor an outbreak of COVID-19 cases in neighboring Wilkes County involving a Tyson Foods processing plant, AppHealthCare stated it is working closely with the Wilkes County Health Department to monitor impacts to counties like Watauga and Ashe.

“Increasing counts in neighboring counties, including Wilkes, can potentially affect our local case counts and cause it to increase in the coming days and weeks,” said Melissa Bracey, AppHealthCare’s director of communications and compliance. “As restrictions are being eased and people begin to move about more, the virus has more opportunity to spread across county lines.”

According to Tyson Foods Inc., the company has plants located throughout North Carolina — including in Harmony, Monroe, Sanford, Tarboro and Wilkesboro. According to media reports, the Wilkesboro location consists of two plants — a fresh meat facility and a cooked meat facility. According to the Centers for Disease Control and Prevention, there is currently no evidence to support transmission of COVID-19 associated with food.

As of 6:45 a.m. on May 12, the Wilkes Health Department reported 242 confirmed cases with 158 recovered, one death and 11 confirmed hospitalizations (nine that were currently hospitalized).

Wilkes Health Director Rachel Willard said that Tyson employs roughly 3,000 team members in Wilkesboro. She added that due to North Carolina communicable disease law, the health department was not able to release the number of the county’s positive COVID-19 cases that were linked to the processing plant.

Willard was unable to answer how many of the Tyson employees live outside of Wilkes County and deferred to the company. Request for comment from Tyson Foods was unreturned as of presstime.

AppHealthCare stated on May 6 that a ninth Watauga County resident had tested positive for COVID-19, and that the case was linked to an “ongoing investigation with a known outbreak in a food processing facility in another county.” It was not confirmed, however, if the newest Watauga case was linked to the outbreak at the Wilkesboro Tyson plant.

The next day, the health department announced that it had three more confirmed cases in Ashe County, bringing the total to eight at that time. Two of the three new cases that day were also linked to an ongoing investigation with an outbreak in a food processing facility in another county. Ashe County had 13 cases overall as of May 10.

Bracey said AppHealthCare has regular communication with the Wilkes County Health Department so that AppHealthCare’s response is coordinated and decisions are made based on data.

“Our health departments collaborate regionally and routinely communicate with each other,” Bracey said. “In addition, the public health data system allows us to transfer cases to their home county if they are best managed elsewhere — better equipping us to coordinate when someone lives in one county and works in another.”

As of May 9, all Tyson employees had been administered the COVID-19 test. Willard said health department staff tested 200 of the employees, and Matrix Medical — a contracted medical group for Tyson — completed the remaining team members. Wilkes Health Department was able to receive test results back within 24 to 36 hours, she said.

According to Willard, if a Tyson team member is asymptomatic, they have been allowed to continue to work until the result comes back. For those who are symptomatic, they are were instructed to return home and to self-isolate.

Willard noted that the Wilkes Health team has ensured that the meat processing plant has been given necessary guidance from the Centers for Disease Control, National Institute of Occupational Safety and Health and N.C. Department of Health and Human Services. Along with this guidance, Willard said Wilkes Health staff speak daily with Tyson plant officials regarding employee health and any new recommendations that have been developed.

Additionally, Willard said Wilkes Health has worked with Tyson to identify a process for how to manage confirmed cases and close contacts to those cases. If a case is confirmed positive, she said the employee is told to self-isolate for 10 days or 72 hours post fever — whichever is longer. Tyson would also send home those who are considered close contacts to a positive case with instructions to self-monitor symptoms and to call a medical professional if symptoms develop, according to Willard.

Tyson has also taken measures to protect employees and decrease the chance of person-to-person transmission throughout the facility, Willard said. The company first issued a press release on March 17 stating ways employees could protect themselves, as well as changes the company was implementing. Some of these changes include relaxing attendance policies in its plants by eliminating any punitive effect for missing work due to illness and waiving the co-pay, co-insurance and deductible for doctor visits or telemedicine for COVID-19 testing.

The company on April 17 announced additional measures it would be taking to ensure worker safety, such as taking employee temperatures by use of a walk-through temperature scanner, requiring face coverings and conducting additional cleaning and sanitizing. The company also implemented social distancing measures, such as installing workstation dividers. According to media reports, Tyson’s fresh meat plant was recently closed for two days for a deep cleaning and sanitizing, and was to reopen May 12.

Bracey said AppHealthCare realizes there are many people who live in one county and then work in another. She urged individuals to practice the three Ws — wearing a cloth face covering, washing hands frequently with soap and water or use hand sanitizer and waiting six feet from others. Additionally, if someone is sick, the agency encourages them not to go to work.

“Stay home so you do not risk exposing others and call your health care provider or AppHealthCare to determine if COVID-19 testing is appropriate,” Bracey said.

ApphealthCare also encourages businesses to frequently clean and disinfect high touch areas such as doorknobs, light switches, tables and handles. Employers can also implement other strategies to slow the spread of this virus such as teleworking, temperature/health checks and implementing policies and practices for social distancing in the workplace.

NCDHHS has a compiled resource list for businesses and employers, which can be found at covid19.ncdhhs.gov/information/business/businesses-and-employers. If a business has a specific questions, contact AppHealthCare at (828) 264-4995 or at preparedness@apphealth.com.