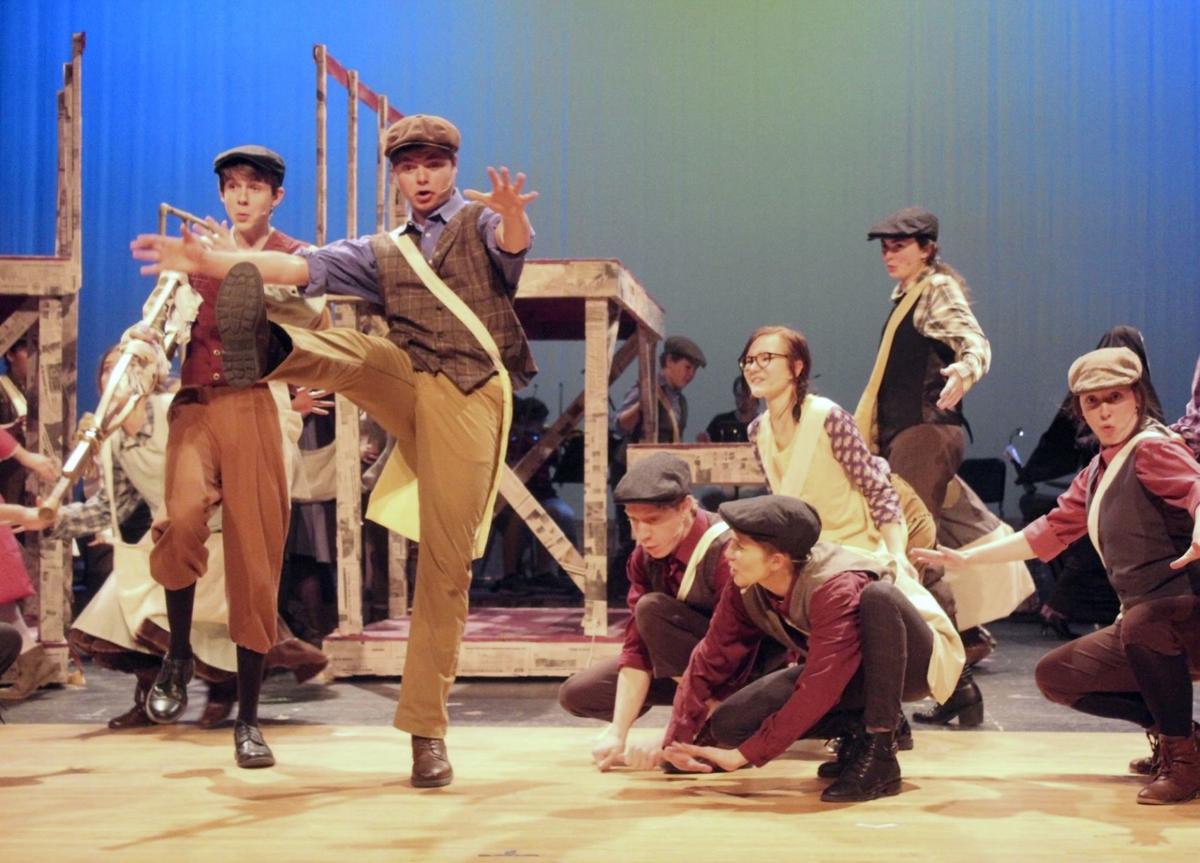 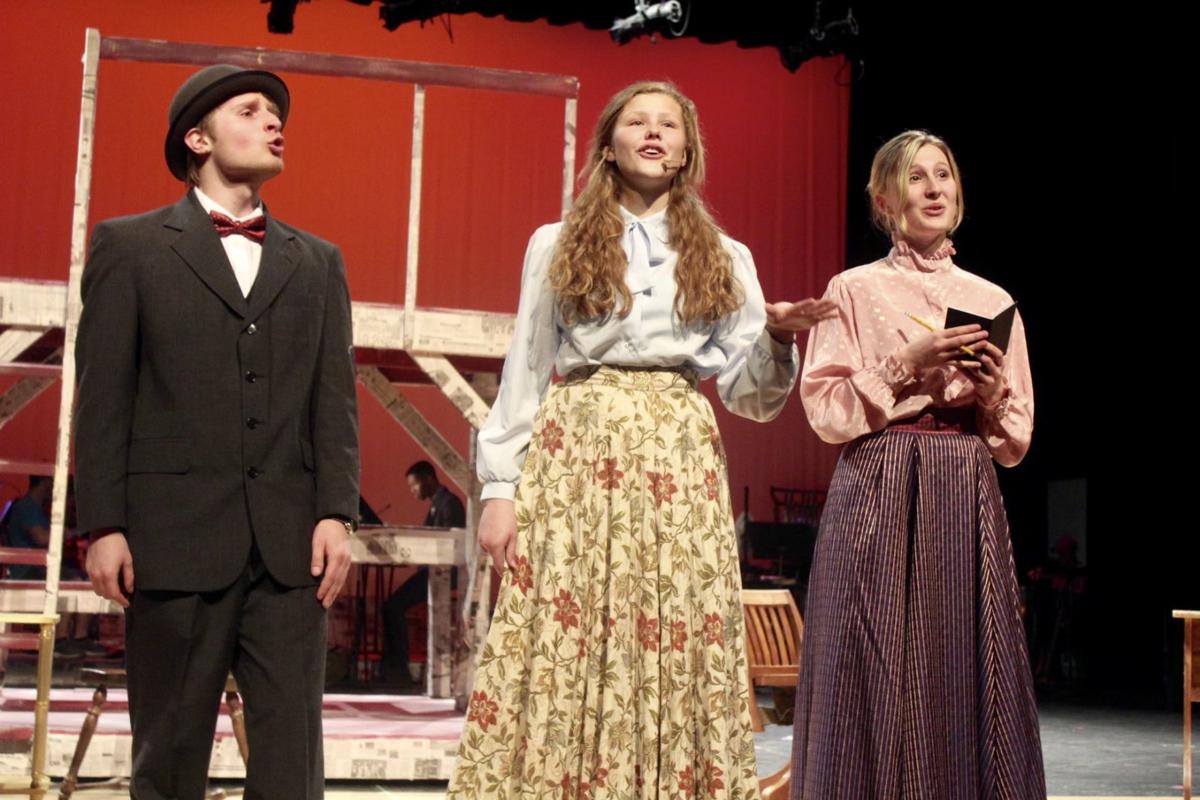 From left, Travis Hill as ‘Seitz,’ Bethany Pryor as ‘Bunsen’ and Elise Bednar as ‘Hannah’ sing at ‘Newsies’ rehearsal. 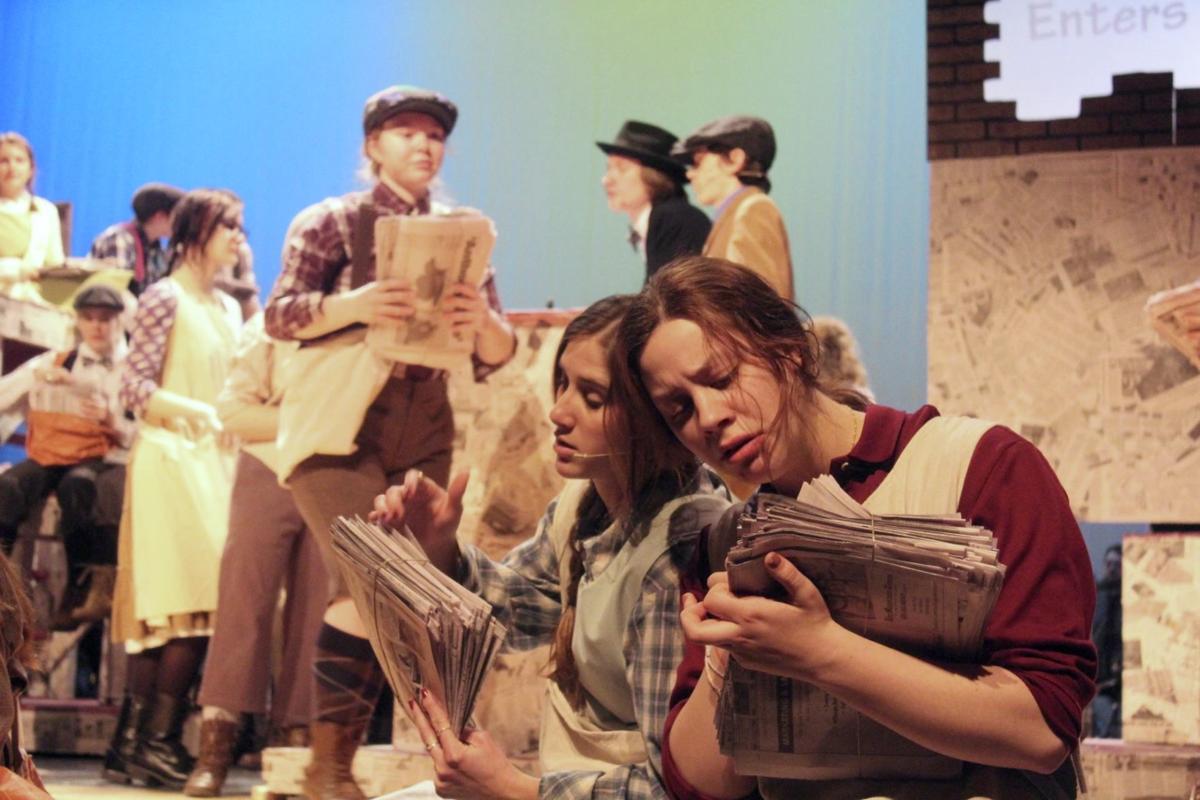 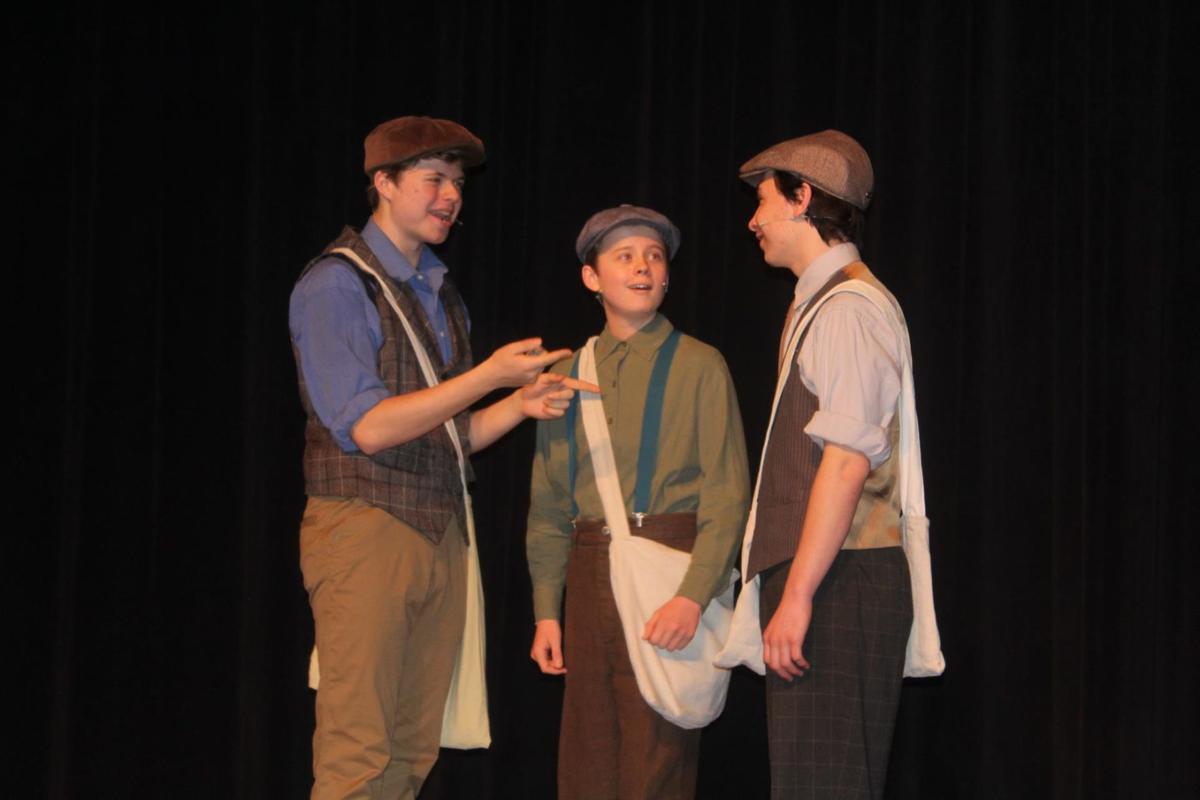 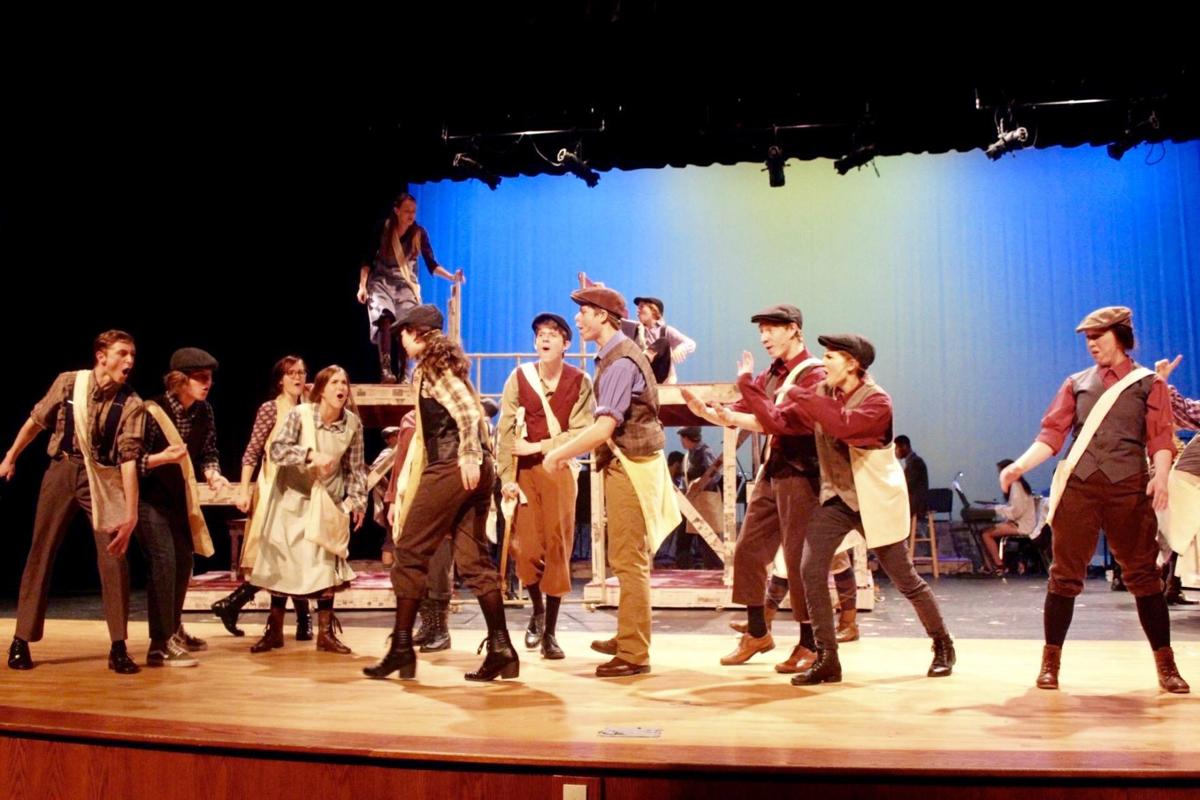 The Watauga High School ‘Newsies’ production will be held from April 4-6.

From left, Travis Hill as ‘Seitz,’ Bethany Pryor as ‘Bunsen’ and Elise Bednar as ‘Hannah’ sing at ‘Newsies’ rehearsal.

The Watauga High School ‘Newsies’ production will be held from April 4-6.

BOONE — The 1899 streets of New York will be brought by students to the Watauga High School auditorium stage for the musical “Newsies” at 7 p.m. April 4-6.

Based on a true story, “Newsies” tells the story of the 1899 newsboys strike, according to Co-Director Zach Walker. The young newspaper boys were given low wages for their work, and a strike is led by character Jack Kelly against the publisher of the New York World — Joseph Pulitzer.

WHS senior Spencer Ball has taken on the part of Kelly, and said he is a fun character to portray. Ball added that while Kelly exudes confidence, he also has a softer and artistic side.

The story has an added twist when Kelly becomes close with a news reporter — Katherine Plumber — who is later revealed to be Pulitzer’s daughter, Walker said.

Alice Knight, a WHS junior, said she’s had a blast taking on the role of Plumber. She added that the production is an enjoyable experience for the actors as well as the audience.

“It’s going to be so much fun,” Knight said. “The energy of the show is just so electric. The whole space comes alive with this energy of the young people of the city. It’s a truly magnetic experience.”

More than 100 WHS students are involved in the production — including those on stage, in the pit orchestra or working backstage positions. Walker said this year the cast is a little younger — as about 38 seniors graduated last year — with eight seniors and a large number of freshman and sophomores.

Walker said typically he and Co-Director Sarah Miller will host spring musical auditions the December before. However, auditions were held in October as “Newsies” requires many dance scenes.

Walker said students started using FLEX (Focused Learning Experiences) time — a 40-minute block of time between the first and second class periods — in the fall semester to practice dancing. Choreographer Shauna Godwin would come in once a week to help the students with tap dancing techniques, Miller said. Rehearsals were in full speed after Christmas break to nail down dance and musical numbers.

Walker compared the intensity of the work put into the performance of that of its production of “Mary Poppins” in 2016. He said there is more music in the production than there is straight dialogue. Will Sellee is serving as the conductor for the musical in addition to assistance from Branden Winbush as the music director.

Walker added that the visual arts teachers and students have assisted with art work for posters, shirt designs as well as painting for props on set. While students were able to find most items needed for costumes, Walker said parent and community volunteers also helped to find items and make the newspaper boy delivery bags.

As opening night nears, Ball and Knight agreed that the cast is excited to see its hard work come to fruition.

“We’ve created this amazing thing; we’ve baked this cake and now we get to give it to everyone and show the audience what we’ve done,” Ball said.

Tickets are $10 and are on sale March 25 through April 5. Tickets can be purchased by cash or check — made out to WHS spring musical — and can be bought at the high school from 11:45 a.m. to 2 p.m. during the school day.

Tickets are also available from noon until 6 p.m. on March 30 in the lobby at WHS during the Empty Bowls fundraiser event. Tickets are also sold at the door as they are available. For more information about ticket sales, email whsspringmusicalinfo@gmail.com.

"We’ve created this amazing thing; we’ve baked this cake and now we get to give it to everyone and show the audience what we’ve done." - Spencer Ball, WHS senior