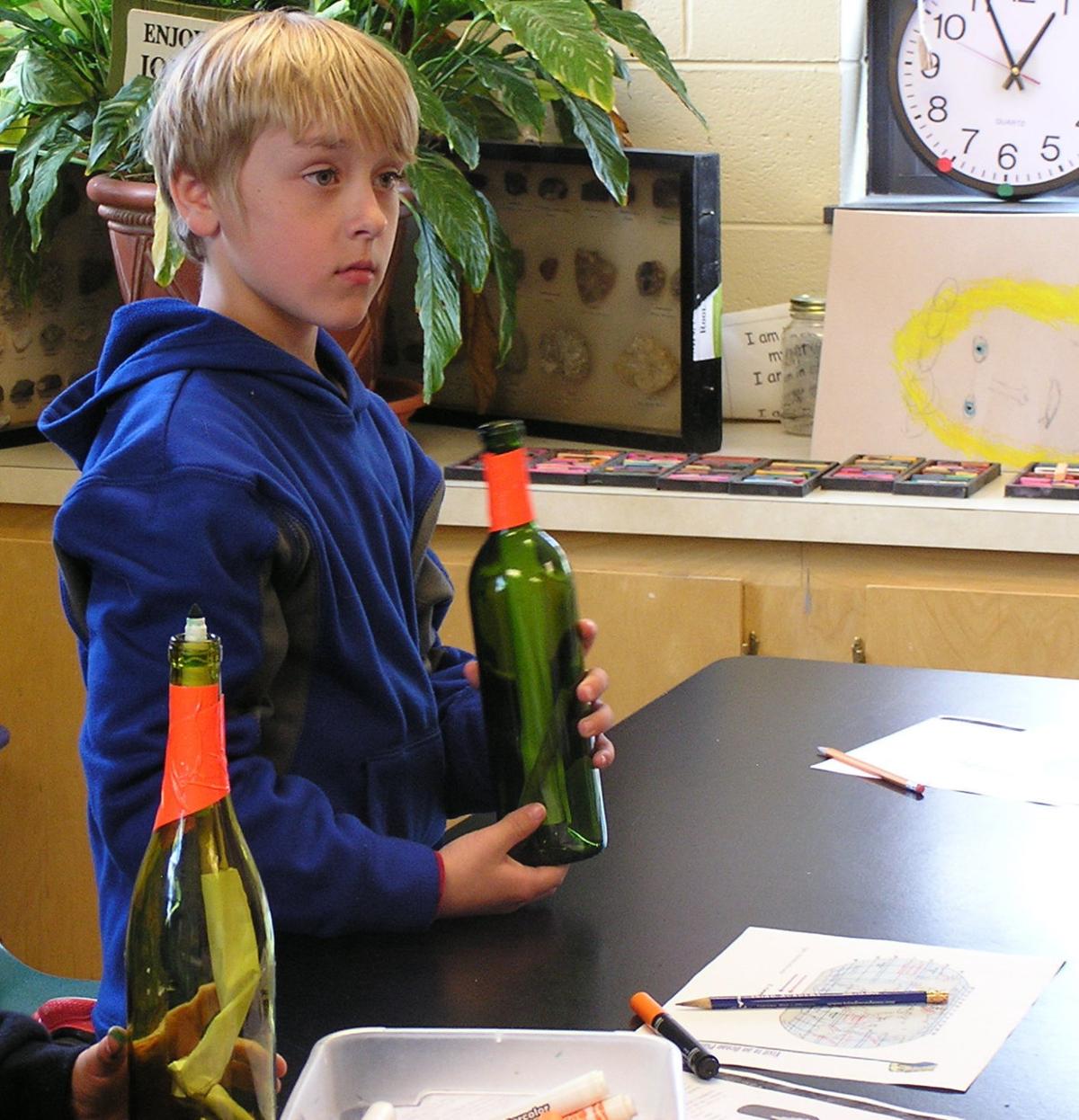 As a second-grader in 2013, Banks Gordon puts a message in a bottle to be set on a journey off of the coast of North Carolina. 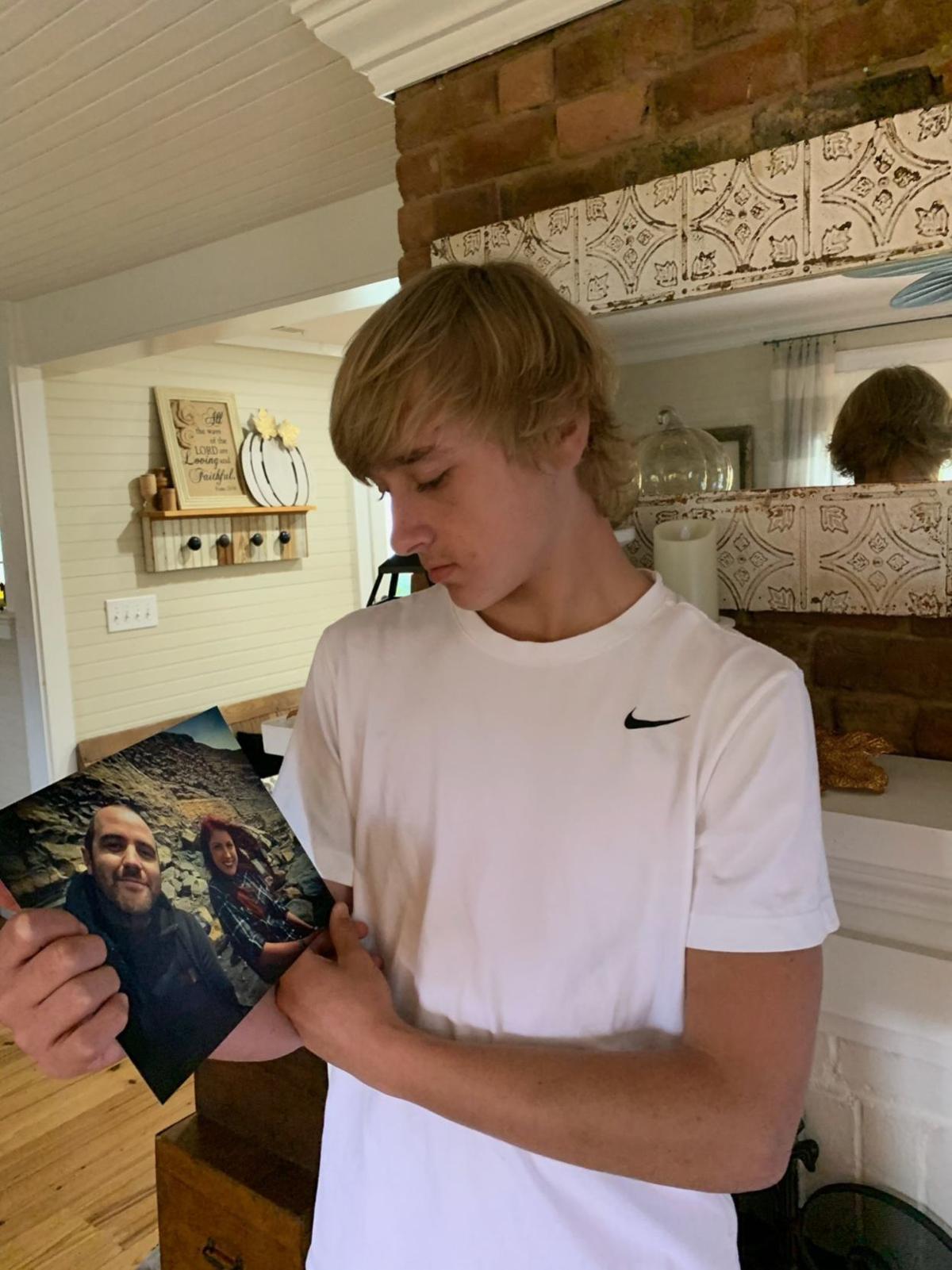 Banks Gordon, a Watauga High School freshman, holds a photo of the couple — Ryan Sullivan and Briony Sullivan — that found his message in a bottle he created sixy

As a second-grader in 2013, Banks Gordon puts a message in a bottle to be set on a journey off of the coast of North Carolina.

Banks Gordon, a Watauga High School freshman, holds a photo of the couple — Ryan Sullivan and Briony Sullivan — that found his message in a bottle he created sixy

BOONE — Traveling more than 3,700 miles during the span of six years, a message in a glass bottle traveled from the coast of North Carolina and was found by a couple in Wales.

Banks Gordon — now a freshman and JV football player at Watauga High School — was a second-grader in Susan Schambach’s class at Triad Academy at Summit School in Winston-Salem when his class participated in a message in a bottle project. In an email to Gordon’s family on Oct. 17, Schambach explained the project was to study the effect on the Gulf Stream Current on the Carolina coast.

In the email, Schambach said that Gordon’s bottle was found by a married couple on Tenby Beach on the south coast of Wales, United Kingdom. Inside the bottle was a note from Schambach explaining that she had set the bottles free off of the coast of Wilmington in April 2013. The note included Schambach’s email address to contact if found, as well as a message from Gordon.

Schambach received an email on Oct. 1 from Ryan Sullivan saying that he and his wife Briony had found the bottle after it had washed up on shore.

“It smelled really bad, but I’m sure you would too if you had spent six years sailing across the ocean,” Sullivan said in the email. “Hope all is well. God bless America.”

Other bottles from Schambach’s class had been found in Portugal, France and Ireland — six in total. In the email to Gordon, she said she hasn’t had a bottle found after so long, as the previous longest time span was two years and two months.

She added that while she has had one bottle found from each group she has set loose, she has not had a second bottle found from the same launch found. In the first group of eight bottles from Gordon’s class that was released, one was found in Portugal after only a year and one month — the shortest time span Schambach said she had seen for the project.

Gordon said he was really surprised that his bottle had been found. He added that he had forgotten about the project, and was really happy to hear from his teacher that the bottle resurfaced.

“It’s neat to see how time has gone by and the kids (that participated) have grown up but they still remember doing this,” said Sarah Gordon, Banks Gordon’s mother.

Banks sent an email to the Sullivans on Oct. 26 in hopes to connect with them. He planned on sending them photos from his home to show them his home in Watauga County.