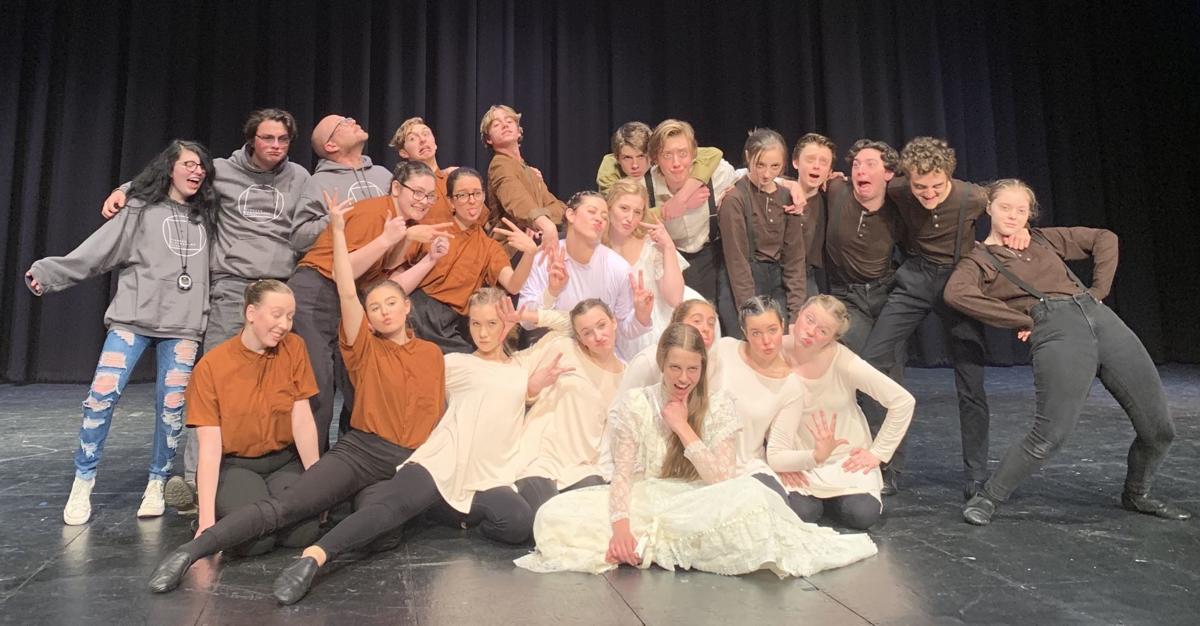 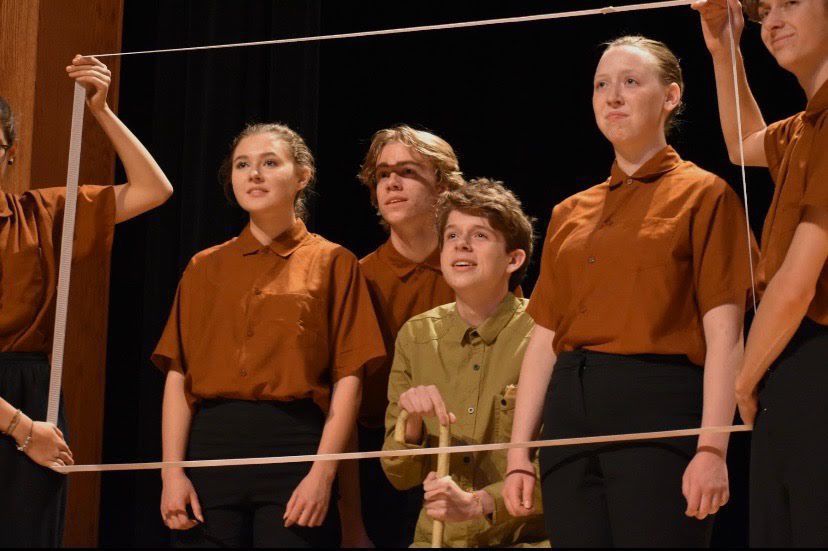 BOONE — Heading to a state competition for the 19th time in their history, the Watauga High School Playmakers hope to win the competition with its rendition of “Ernest and the Pale Moon.”

The Playmakers are made up of students from the honors advanced theatre class at WHS under the direction of Sarah Miller and Zach Walker. The group competed on Nov. 9 at the North Carolina Theatre Conference regional festival and was one of two selected from the region to go on to the state competition.

Walker explained that during the span of two weeks, regional festivals are hosted at approximately eight regional sites across the state. The Playmakers competed at a festival at Shelby High School against 11 other schools.

During the competition each group has 45 minutes to enter the stage, perform the show and exit the stage with all of its props. Theatre groups can choose to perform anything from a musical to a play or an original piece, Walker said.

The Playmakers performed “Ernest and the Pale Moon,” a show inspired by the likes of Edgar Allan Poe and Alfred Hitchcock. According to Walker, the spine-chilling tale is one of obsession and murder based upon a short story by Oliver Lansley. The show features a man who spends his days watching a young woman who lives in the apartment opposite his, and upon seeing her with another man he is thrown into a jealous rage and driven to murder. But all is not what it may seem at first, according to Walker. He added that the production may be too intense for younger audience members.

“The students have done as much of the work as I have,” Walker said. “That’s been the most rewarding thing about this ensemble. The way we have worked as a complete unit.”

Two professional performing artists give critiques to all of the shows and pick one to perform at the state level based on a rubric, Walker said. A second act is then chosen by the audience — made up of other schools who can’t vote for themselves — to also attend state. The Playmakers were chosen as the “cast your vote” audience favorite for the region, Walker said.

Aila Givins is a 10th grader and first-year participant in the Playmakers. Her mother, Berkeley Brown, said she attended the regional festival and was “blown away” by the camaraderie and support between not only the Playmakers themselves but also the other schools.

“They give each other applause, standing ovations and high fives,” Brown said.

Brown said she has been thrilled to see Givins work so hard while being in the Playmakers, and commended the dedication the students have towards the craft.

“It’s a tight-knit group of kids and they’re really dedicated,” Brown said. “I’m excited for her to be part of such a top-notch theatre program.”

For the production of “Ernest and the Pale Moon,” the Playmakers achieved the following awards: Festival Spirit Award; Barbizon Excellence in Design and Production: Costume Design to Maggie McCullough and Cole Burch; Barbizon Excellence in Design and Production: Sound Design to Jayce (JC) McClure; Outstanding Achievement in Acting to Zeb Scott; Outstanding Achievement in Ensemble Acting; Excellence in Directing to Zach Walker; Distinguished Play (in the Cast Your Vote); and a Superior Rating.

The Playmakers will perform “Ernest and the Pale Moon” at 7 p.m. on Tuesday, Nov. 19, at Watauga High School. Tickets are $5, and the show serves as a fundraiser for the state competition. The group then performs the show among 15 other schools at 5 p.m. on Nov. 22 at Greensboro College.

Since the program’s inception in 1988, 18 shows have made it to the state competition. The Playmakers have won at the state level twice in its history — once in the early 1990s under the direction of Trimella Chaney and again in 2007 with Miller. Walker said the Playmakers are typically a staple program in the top 16 that go on to state.

This year the Playmakers is made up of 21 student actors and two stage technicians in the 10th, 11th and 12th grades. Walker said at least a third of the students are participating in the College Discovery Day that takes place that day after the competition. At College Discovery Day, students can inquire about and audition for more than 25 college theatre programs.

“It’s a good opportunity for post-secondary schools to see these kids where they can all audition in one place,” Walker said. “For that many students to be auditioning, it says a lot about their drive and passion for theatre. It’s not just an elective art club. These kids really want to continue their studies in college.”

Brown said Givins is attending the College Discovery Day to obtain information about theatre programs, but does not plan to audition this year.

Congratulations Sara and Playmakers. This post made me nostalgic. As a 6 years Playmaker Parent, I know the hard work and dedication that goes into this accomplishment. What you have learned in drama will serve you well in life. Break a Leg at competition.