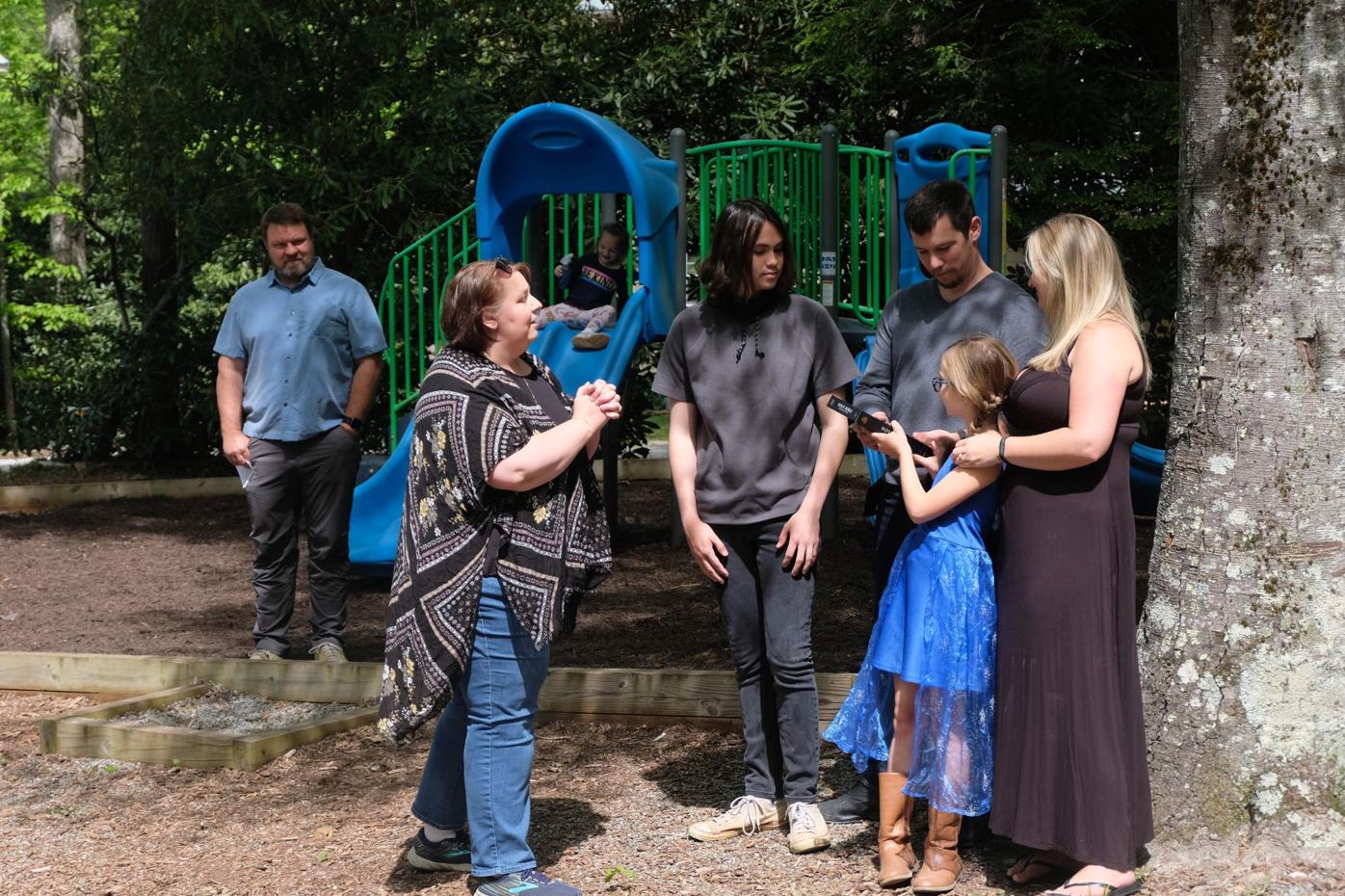 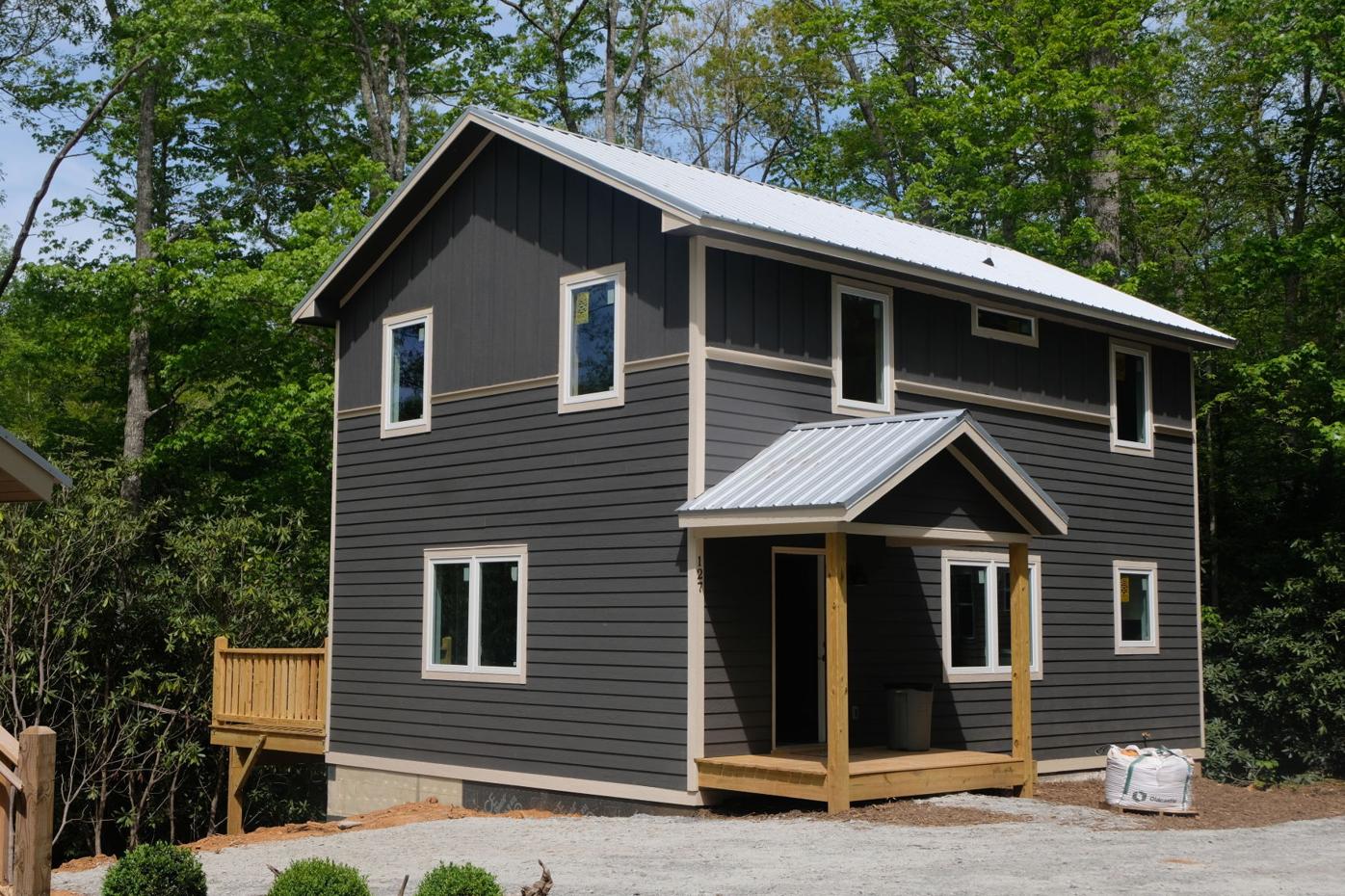 The new home for the Greaves/Kannon family was dedicated to them in a ceremony on May 22.

The new home for the Greaves/Kannon family was dedicated to them in a ceremony on May 22.

BOONE — The Watauga County Habitat for Humanity gathered on Saturday, May 22, handing the keys to a new house to the Greaves/Kannon family in a home dedication ceremony.

The dedication followed months of work to build the home, and countless hours of volunteering by the family. Part of the process for Habitat is the belief in “sweat equity,” with those who receive homes having previously volunteering on other home projects.

The ceremony included a blessing of the home by pastor Michael Brown of the Blowing Rock Methodist Church, a prayer of dedication from Julian West and two items being presented to the family.

The first was the keys to the home, presented to the family by construction leader Mike Jennings.

“They’ve turned it into a home since we started,” Jennings said. “They’ve been here forever, through all kinds of weather, up on the scaffolds in the rain and in the snow. It’s been a hard journey for them, but they’re here, and they worked very hard for it.”

Office manager Jennifer Ramey presented the family with a Bible, noting that she is also the family services coordinator, meaning she works with each family who applies.

“I want to say welcome, officially, to our habitat family,” Ramey said. “We pray blessings on you and look forward to getting to know you even better.”

The home was presented to Nikki Greaves, Alex Kannon and children Zach and Alice.

“It’s been stressful at times, it’s been wonderful at times,” new homeowner Kannon said during the ceremony. “I thank everyone who has been involved in this.”

The home is part of Habitat’s GreenWood Neighborhood, which features nearly 10 homes all built by the organization and dedicated to volunteers, according to Director of Development Allison Jennings. Executive Director Alex Hooker said the plan is to build an additional eight houses, each going to someone who will put in the “sweat equity.”