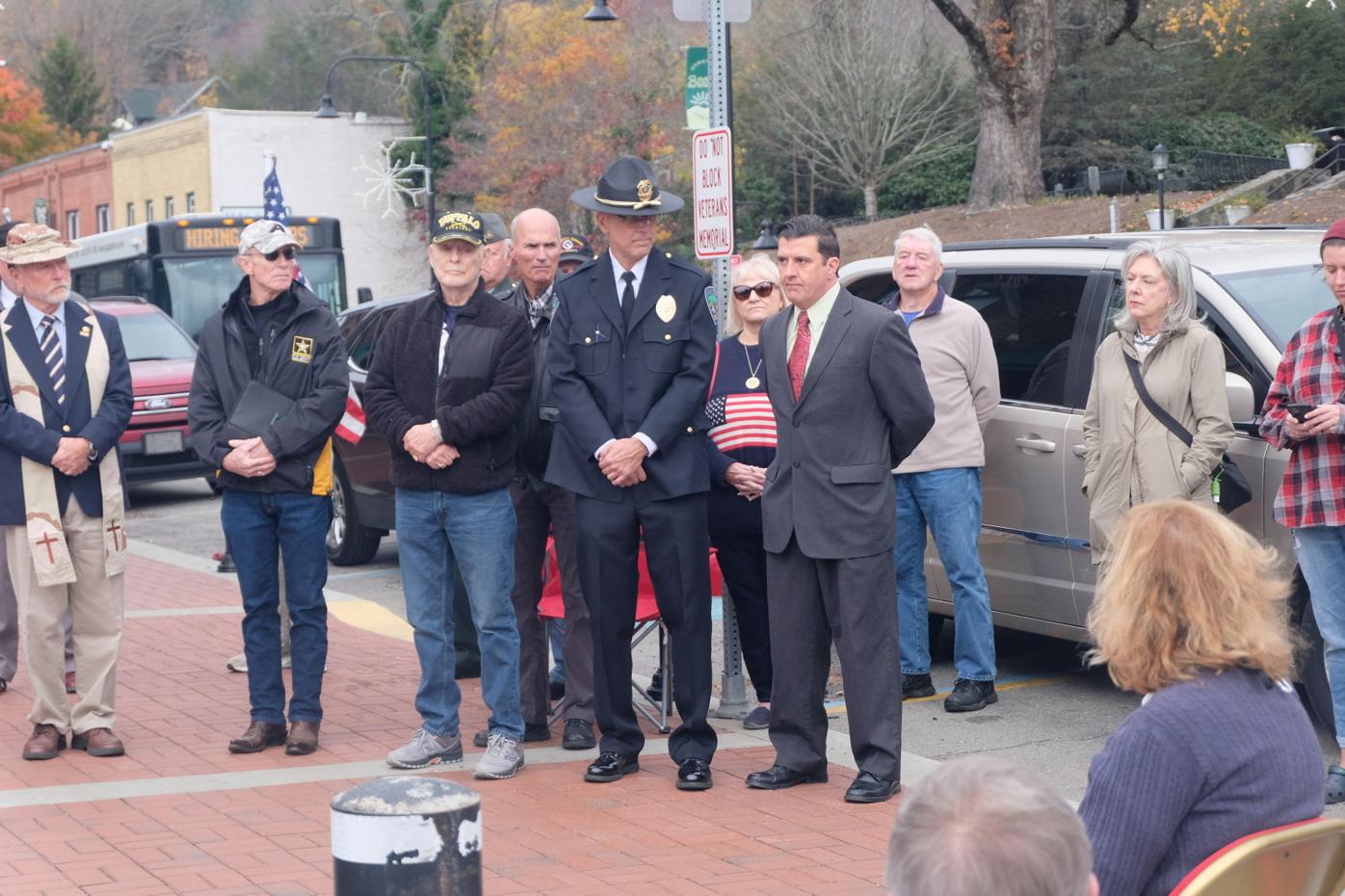 Among those in attendance at the ceremony were Boone Police Chief Andy Le Beau and Mayor-elect Tim Futrelle. 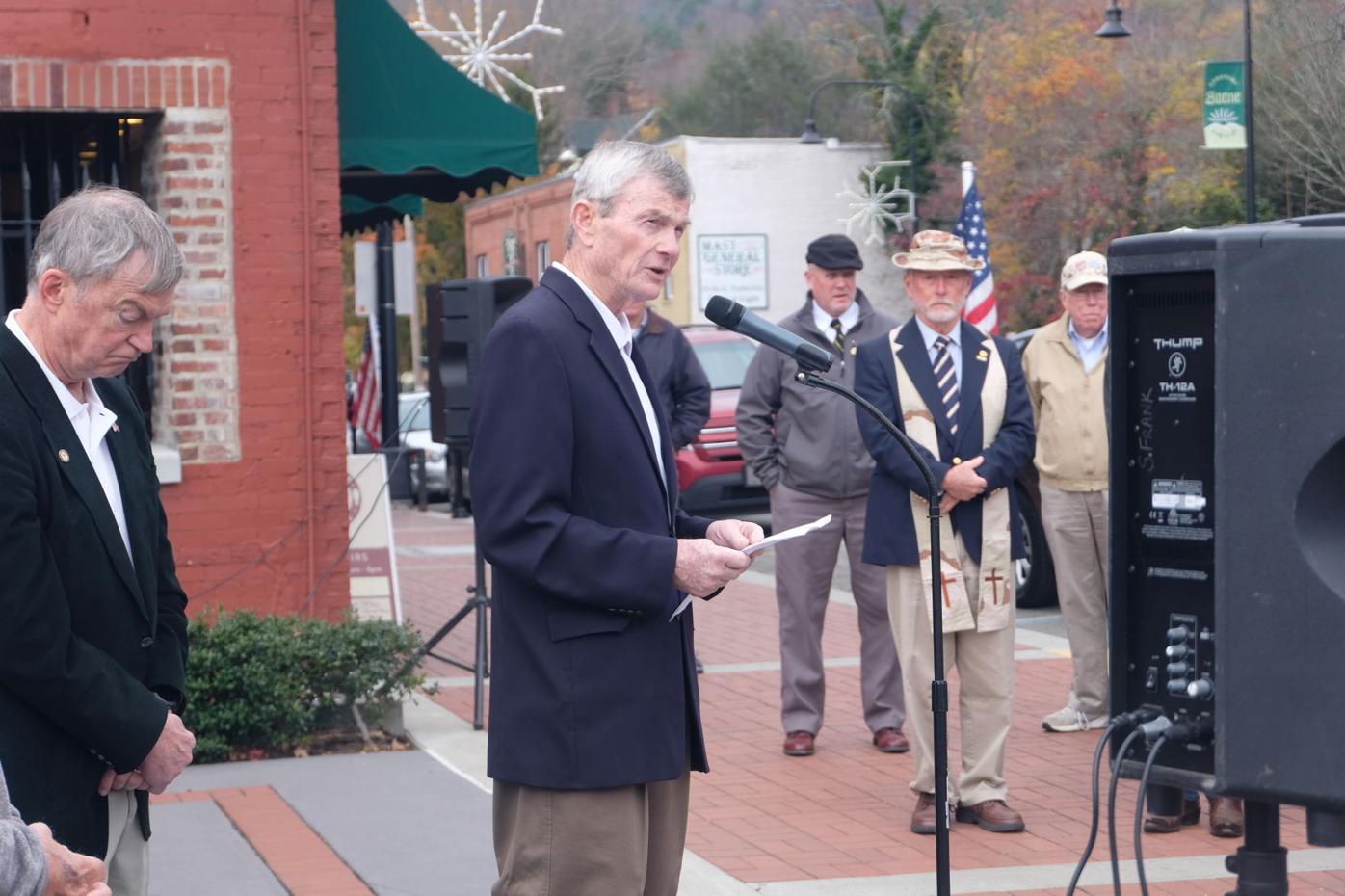 Fred Schmidt welcomes those in attendance to the Veterans Day service on Nov. 11. 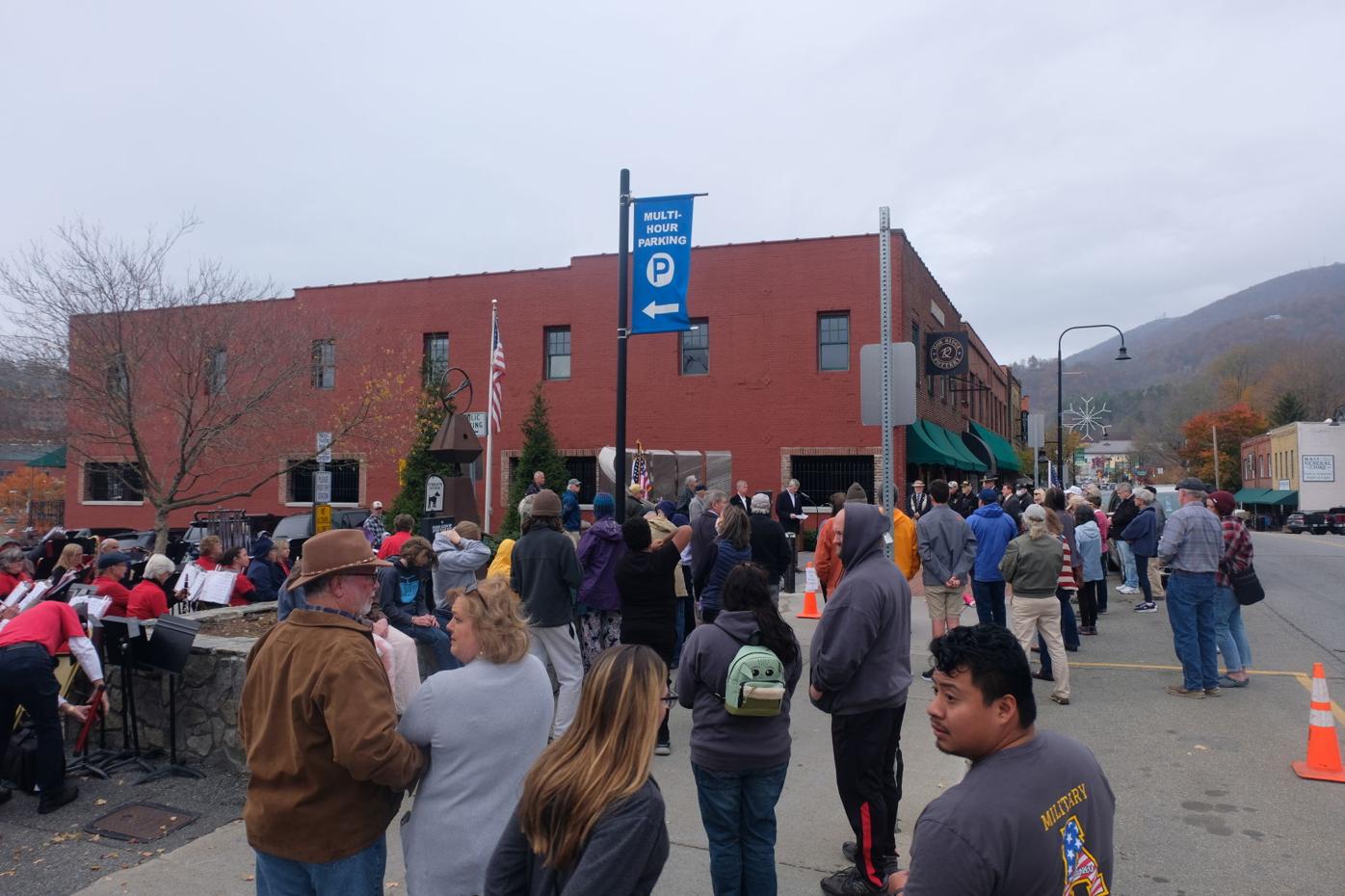 While the weather did not look good, a large crowd still assembled to honor veterans of the United States military. 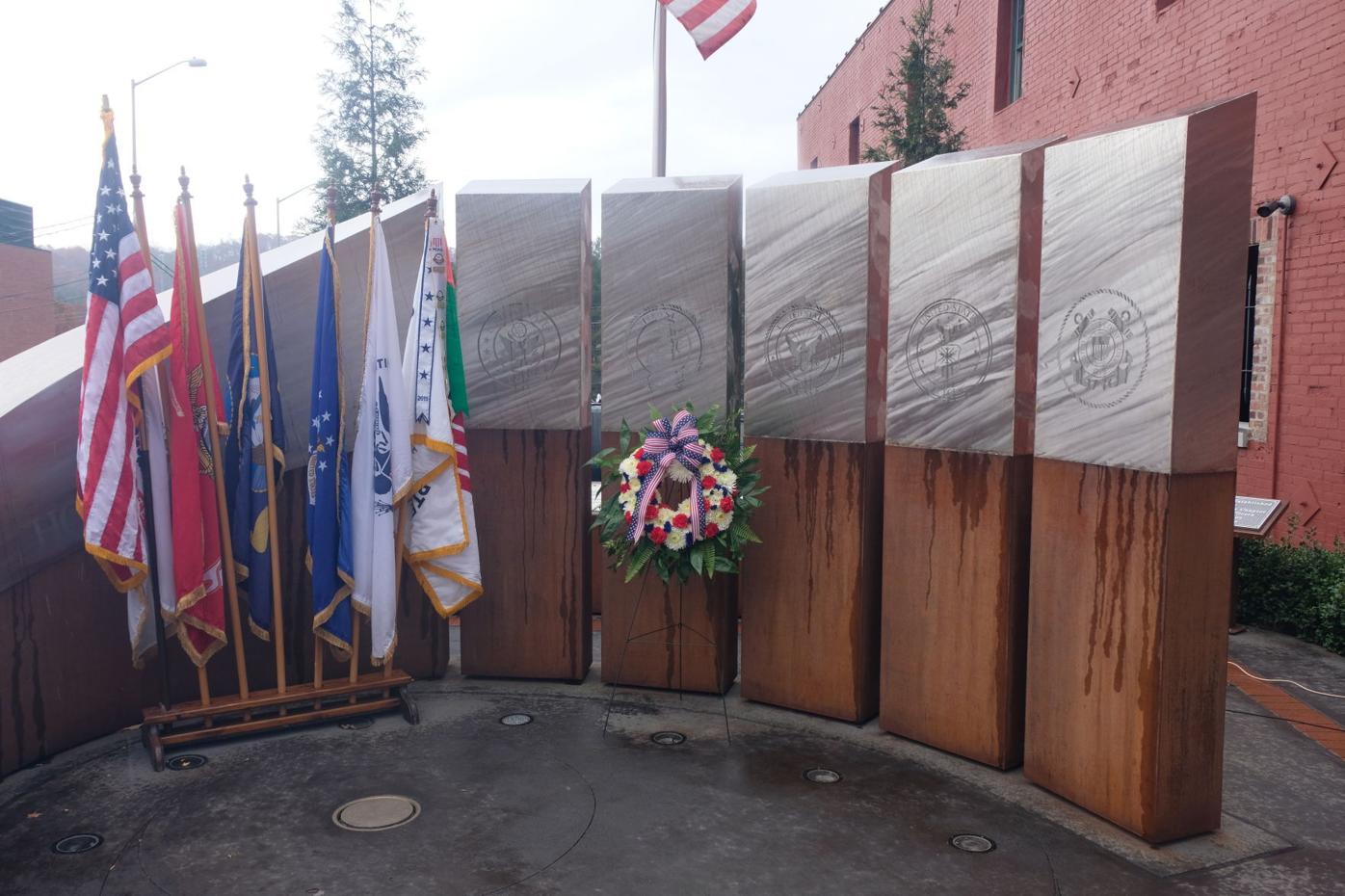 A wreath was placed at the Watauga Veterans Memorial to honored those who served. 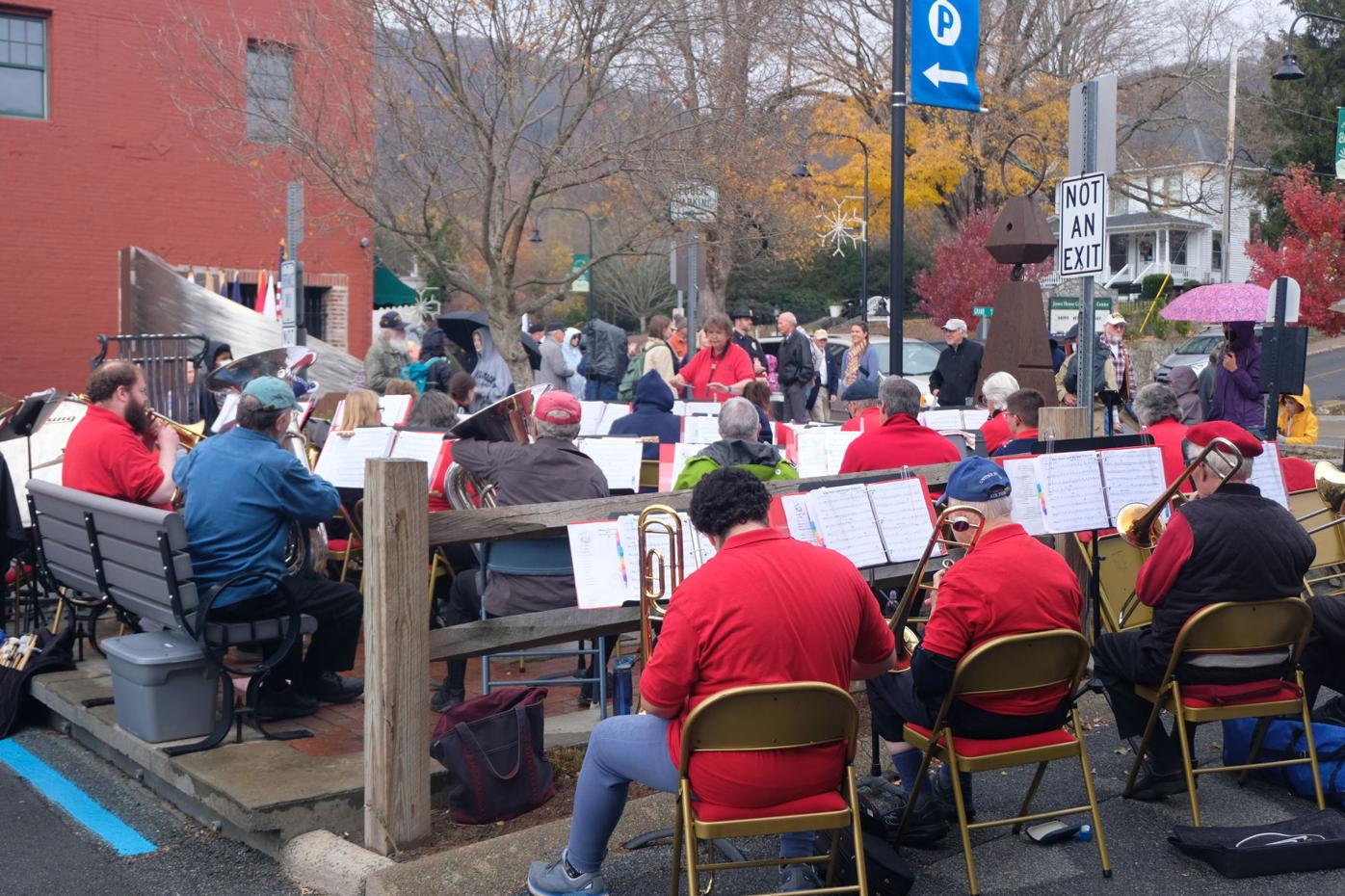 Among those in attendance at the ceremony were Boone Police Chief Andy Le Beau and Mayor-elect Tim Futrelle.

Fred Schmidt welcomes those in attendance to the Veterans Day service on Nov. 11.

While the weather did not look good, a large crowd still assembled to honor veterans of the United States military.

A wreath was placed at the Watauga Veterans Memorial to honored those who served.

BOONE — On Thursday, Nov. 11, a crowd gathered at the Watauga Veterans Memorial on King Street for the High Country Chapter of the Military Officers Association of America’s 15th annual Veterans Day Commemoration.

For more than 100 years, the ending of World War I has been celebrated on Nov. 11. Years later, the holiday known as Armistice Day became Veterans Day in 1954, a celebration of United States Military veterans who served their country.

“This was originally known as Armistice Day to mark the anniversary of the end of World War I. Unfortunately, what we had hoped would be the war to end all wars was not to be,” Fred Schmidt said.

Retired U.S. Navy Chaplain James Fisher delivered the event’s invocation, thanking God for the protection of veterans who returned home, and praying for the blessing of those who did not.

“Heavenly Father, many of us who went to war in Afghanistan, Iraq or the Gulf entered that unknown with the words of Psalm 91 ringing in our ears, and filling our souls with courage and hope,” Fisher said. “’You will not be afraid of the terror of night, nor the arrow that flies by day.’ Lord, you brought us through the deserts in the mountains, and brought us back to Boone.”

Schmidt noted a piece written by MOAA National President Dana Atkins the morning before, that focused on the mentality of veterans.

“The most perfect comment I’ve ever heard was while in line at a fast food restaurant. A veteran identified himself as having served in the military, and the employee behind the counter said, ‘Thank you for your service.’ The veteran replied, ‘You were worth it.’” Atkins wrote. “Stories like this inspire me to continue my service — not in the military, but in my community — and on behalf of those who have and continue to serve. And I’m far from alone: With the strength of 350,000 voices, MOAA continues its work on behalf of all veterans, on this holiday and beyond, to ensure they receive the support they’ve earned.”