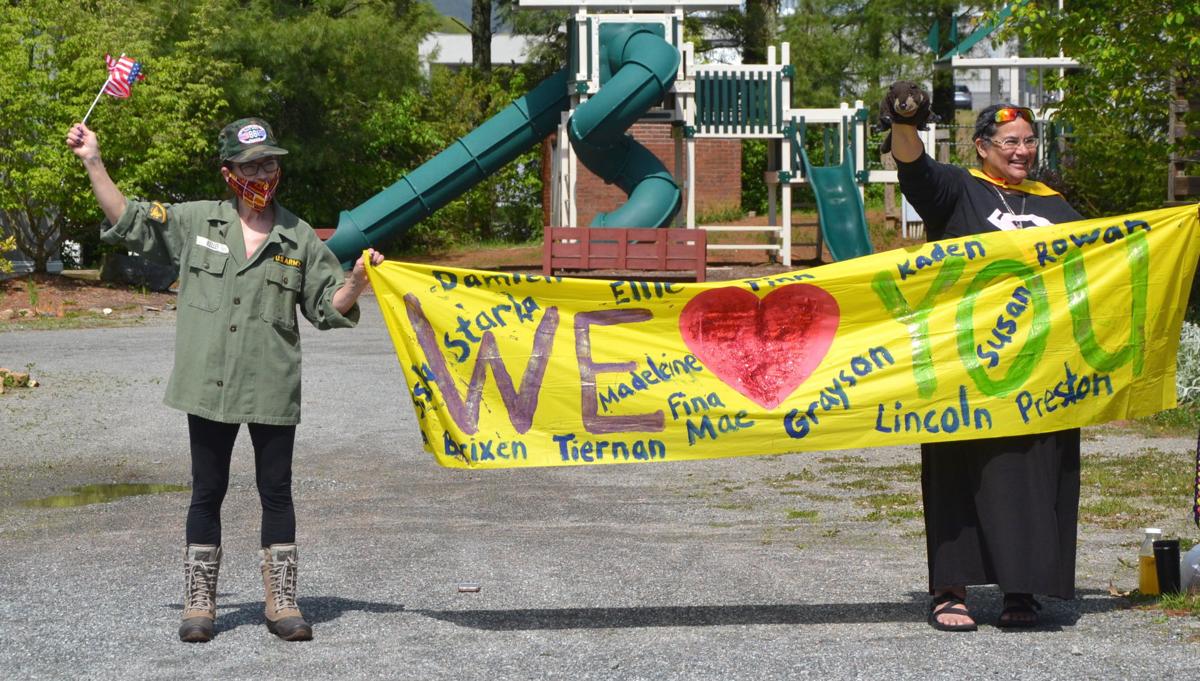 Kindergarten assistant Liz Peter and kindergarten teacher Vicki Krueger hold a sign for students coming through a parade on May 22 at Two Rivers Community School. 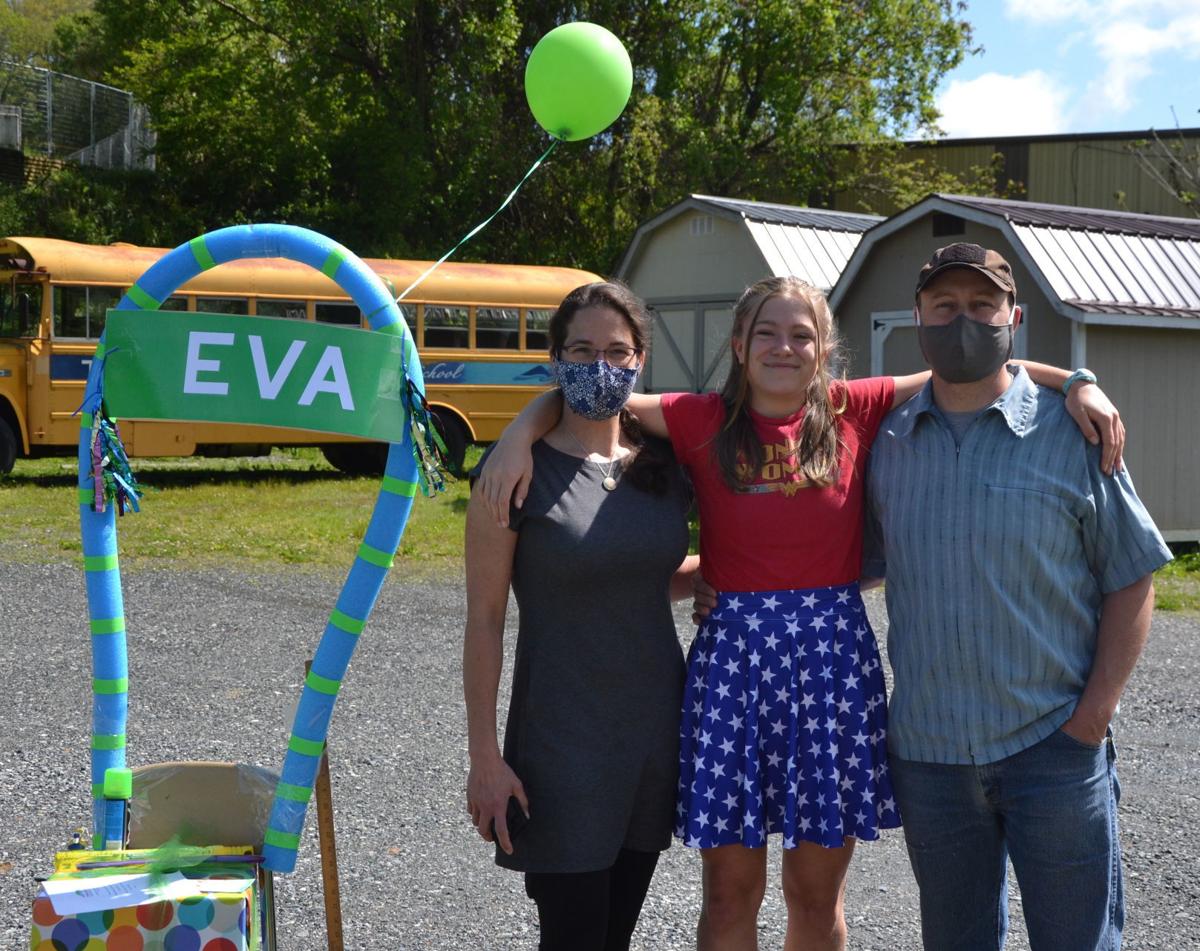 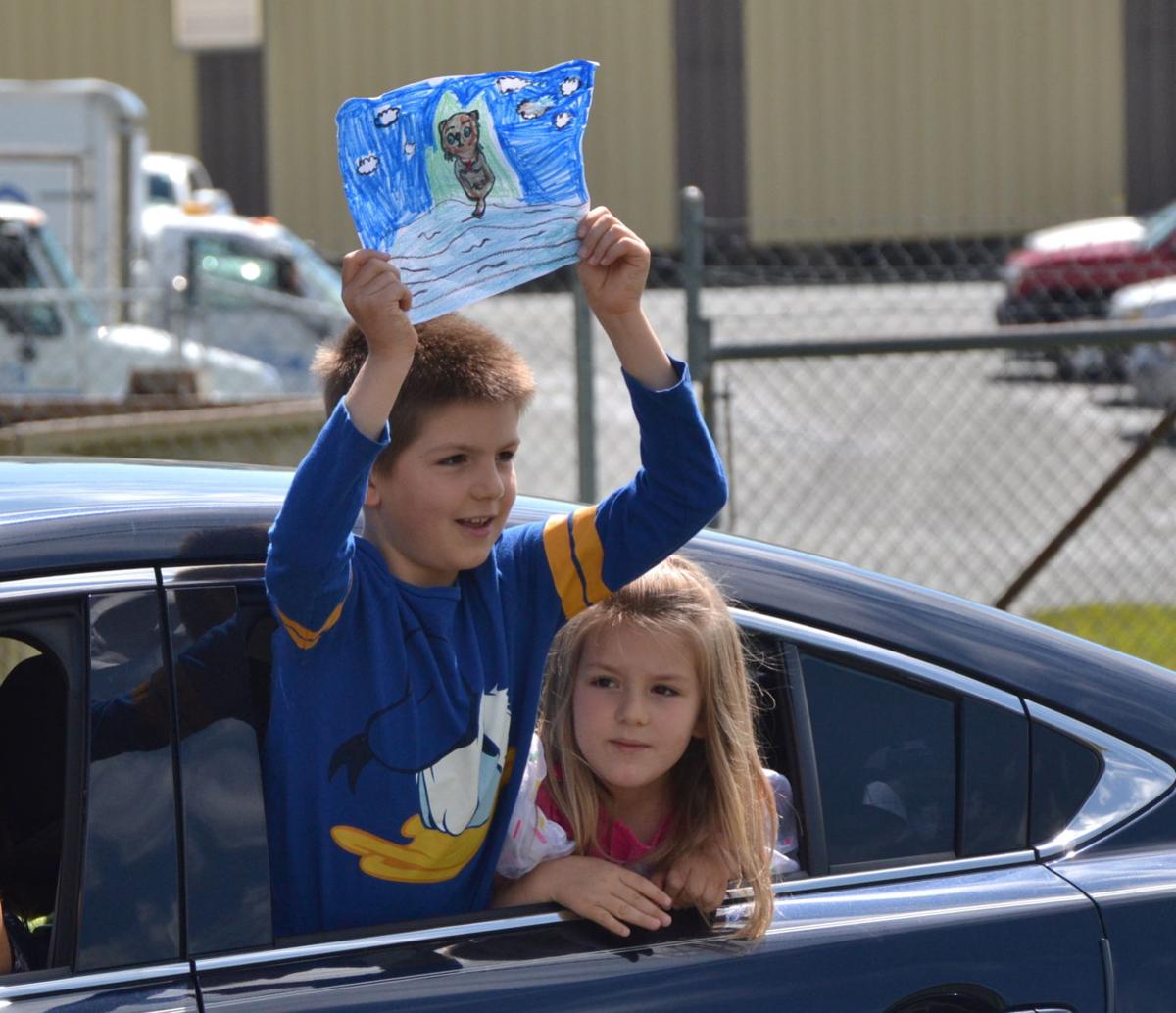 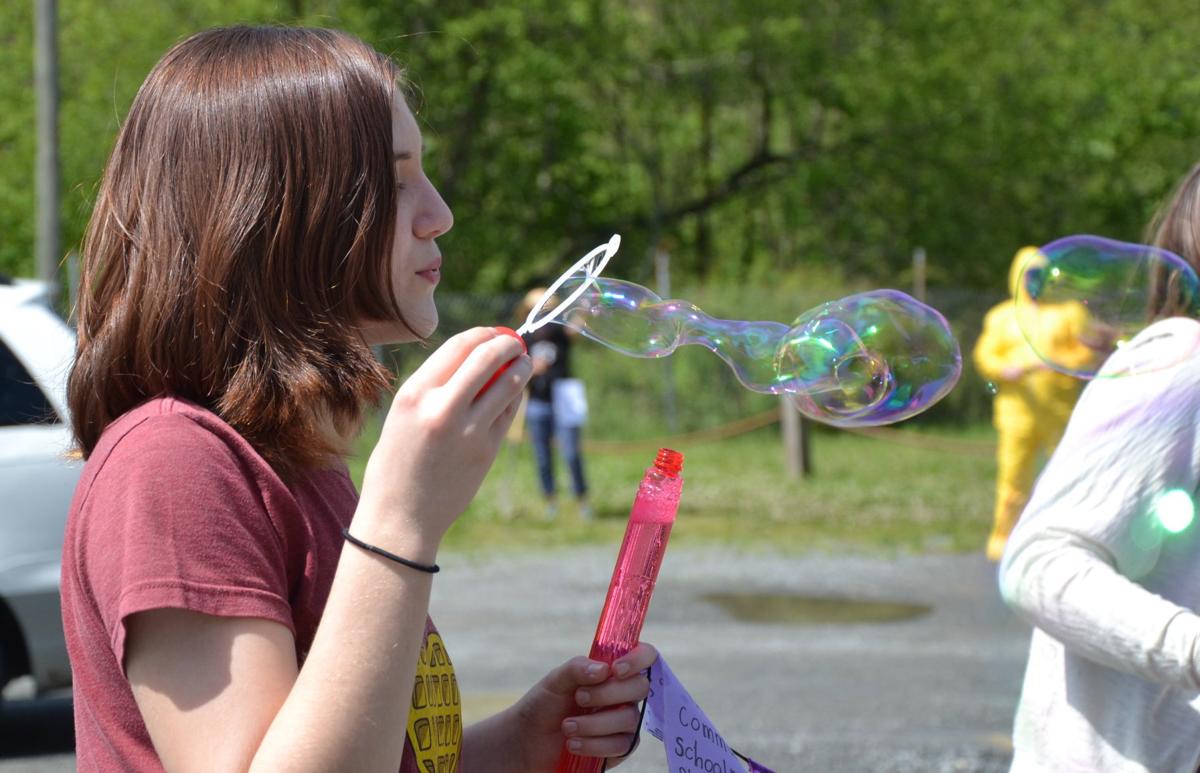 Two Rivers eighth-grader Naia Renwick blows bubbles during the May 22 parade at the school. 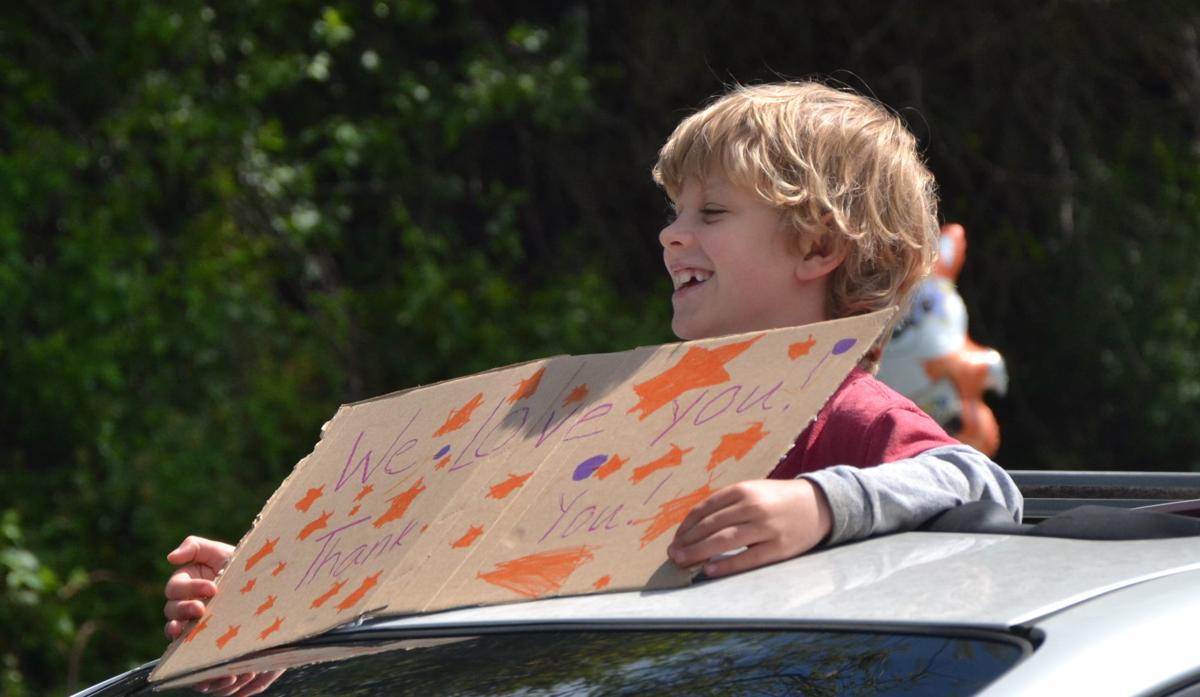 Silas Cowles, a first-grader at Two Rivers, displays a sign that says ‘we love you; thank you’ during a parade at the school. 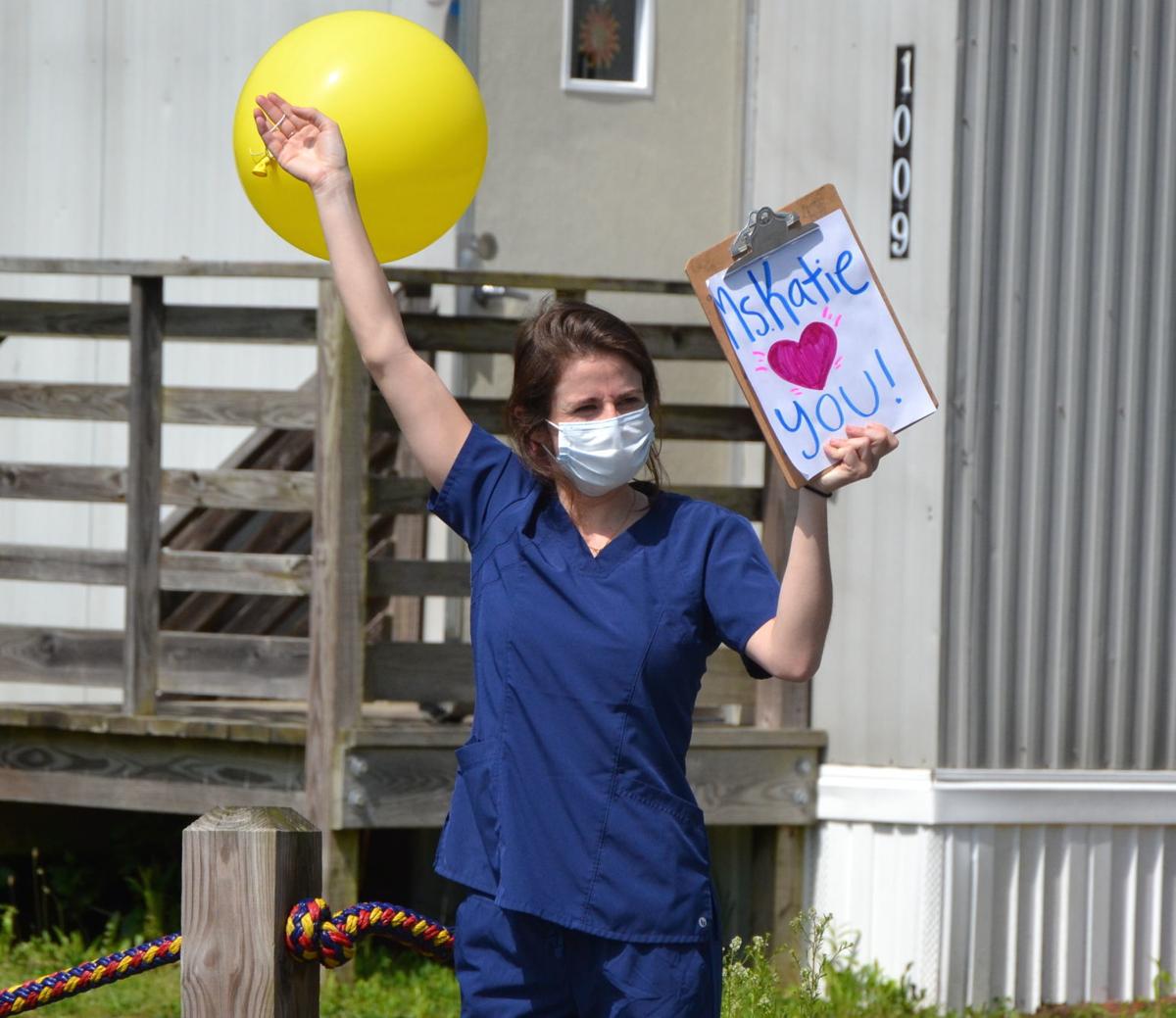 Kaitlin Cagle, a fourth-grade teacher at Two Rivers, dresses up as a health care worker for the ‘heroes’ themed parade on May 22. 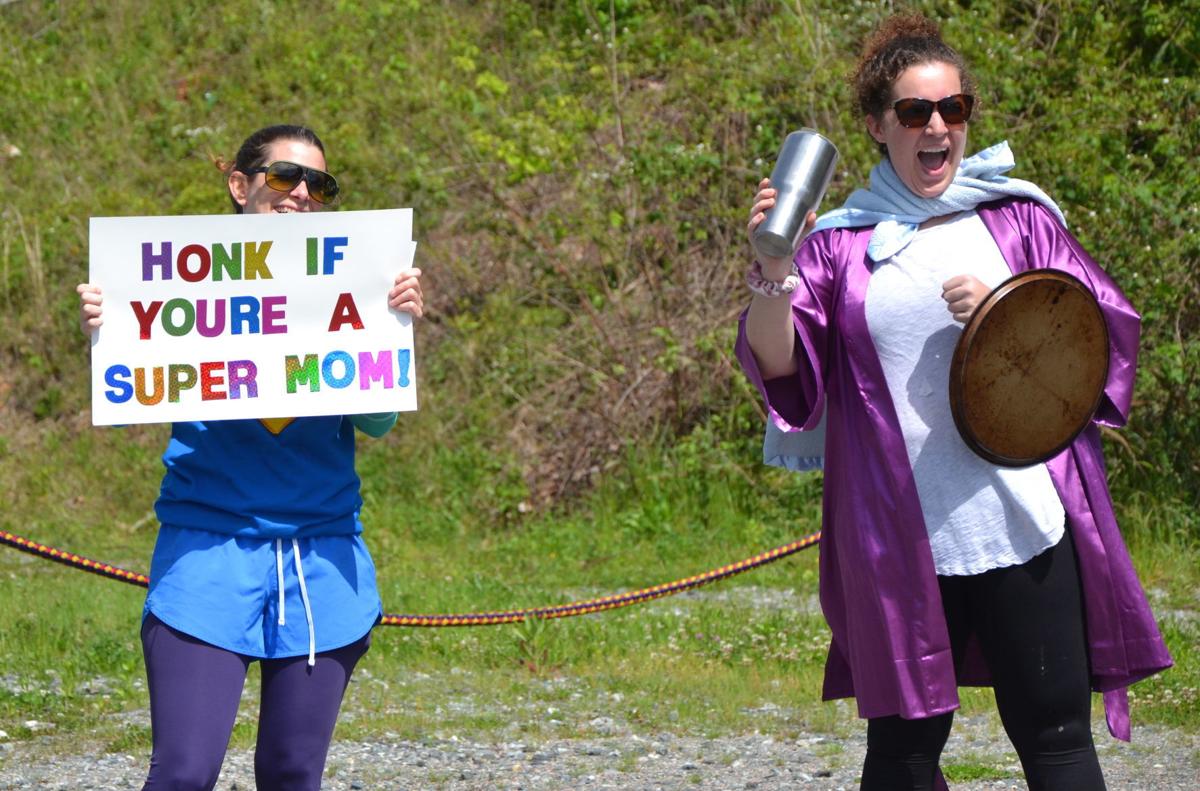 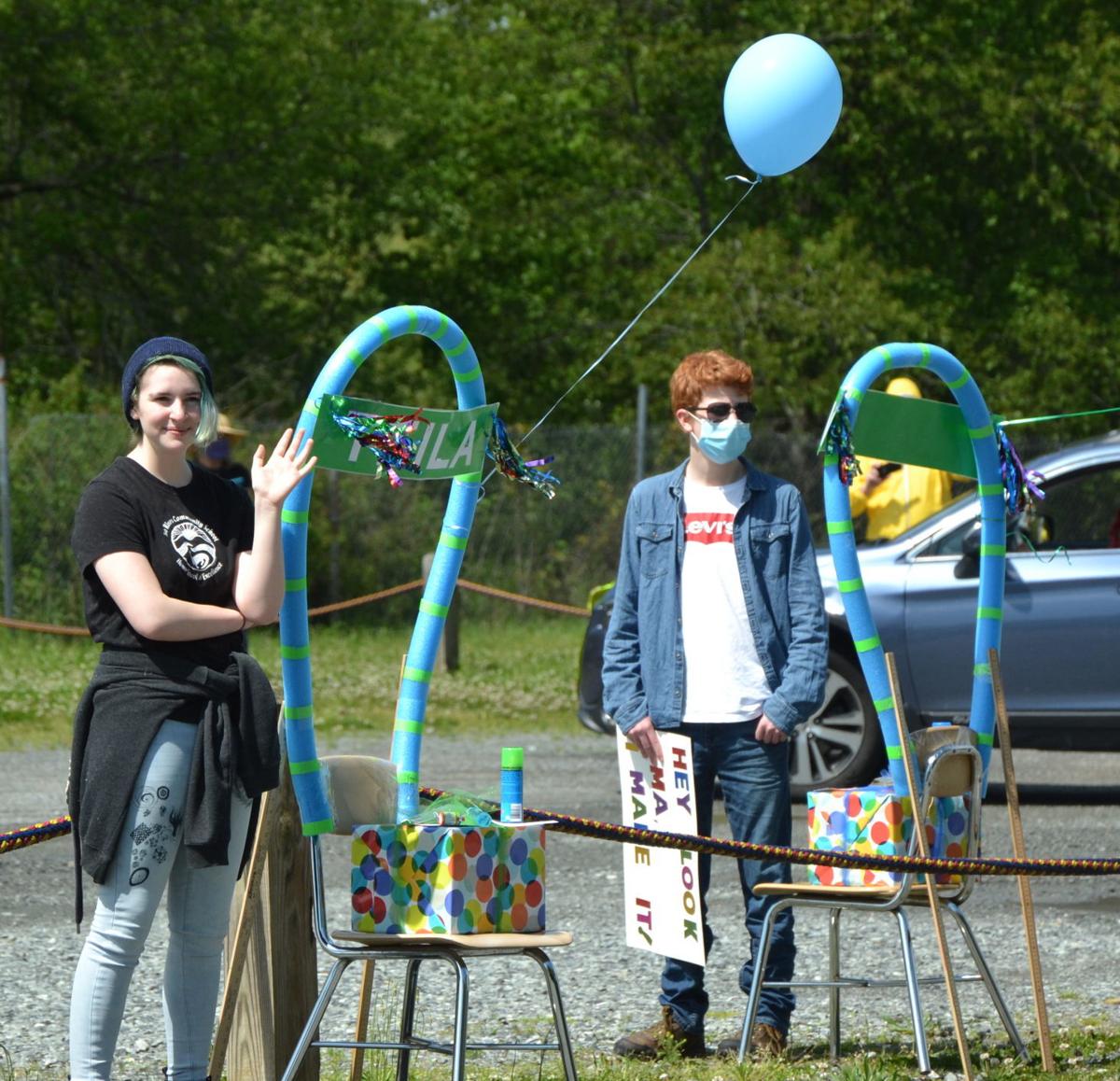 Teila Eddins and Sebastian Harwood — eighth-graders at Two Rivers Community School — enjoy a parade at the school on May 22. 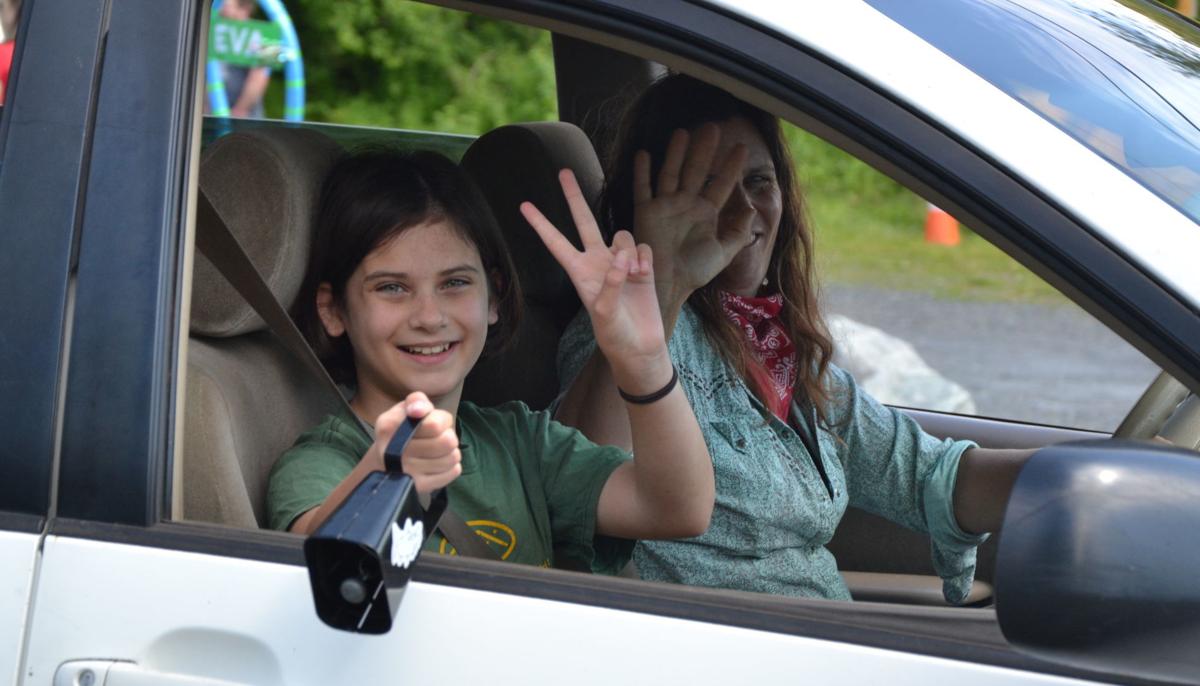 Two Rivers fifth-grader Ursa Tzotschew rings a cowbell during a parade at the school alongside Leigh Reid.

BOONE — Confetti and bubbles filled the air during what Two Rivers Community School called a “reverse parade” on May 22 as vehicles with students and families drove by while teachers from the school cheered and held signs.

The parade ended the school’s spirit week to end the unconventional school year. Like other schools in the state, Two Rivers had not returned for in-person instruction since mid-March after Gov. Roy Cooper’s executive order called for remote instruction for public schools. Interim Director Natalie Oransky said the past few months without students had been “sad and lonely,” but the parade hit it home for her on how much school officials missed the students.

While not all 160 students come with their families for the parade, the vast majority of the school community was in attendance.

“I was shocked that so many people came,” Oransky said. “It was neat to see everybody.”

The spirit week began with “Move it Monday,” when students were asked to send in videos of themselves exercising or moving about outside, Oransky said. Tuesday of that week featured a school spirit day in which students and teachers wore school colors or clothing depicting school pride; then they had “Wacky Wednesday” and could wear something crazy. For “Thoughtful Thursday,” Two Rivers collected letters and positive notes from the students for residents of Deerfield Ridge Assisted Living.

Families then lined up for the parade on Friday, which was given a heroes theme. Oransky said students and teachers were invited to dress up as superheroes or community heroes — such as one teacher who dressed as a health care worker. Students displayed signs in their vehicles as teachers waved and told students they missed them and couldn’t wait to see them next year.

The school also wanted to recognize its 12 eighth-grade students not returning to Two Rivers Community School and going on to Watauga High School in the coming academic year. Eighth-graders stood in the middle of the circle of paraders to be recognized by families. Each was given a gift that they later opened at a virtual ceremony with a WHS sweatshirt, memory book, year book and treats.

Oransky said the school wanted to do something special for the eighth-graders, as they had missed out on a several events at the end of the year — such as a trip to Washington, D.C.

As a a free public charter school, Two Rivers must follow guidelines set by the state for how students may return to in-person instruction in the fall. Oransky said the school is in the process of creating four different contingency plans created by a committee of parents, teachers, board members and Oransky. Subcommittees of the group are working on plans for health and safety, academics as well as social and emotional care of students. The school must submit a remote learning plan to the state by July, she said.

“We’re all doing the best we can and we hope we can see (students) in person in August,” Oransky said.

WATAUGA — Gov. Roy Cooper’s executive orders concerning the COVID-19 pandemic up to this point have given direction to public schools, but it …