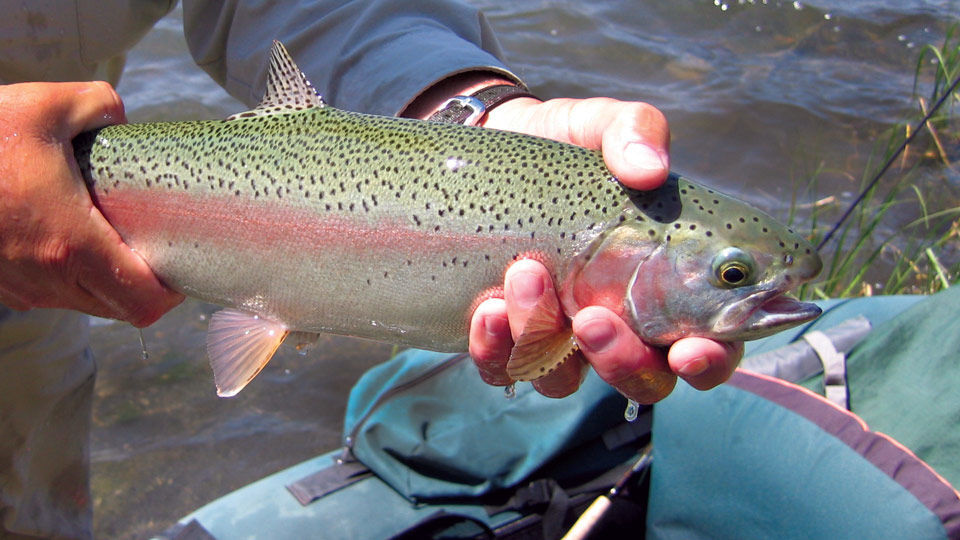 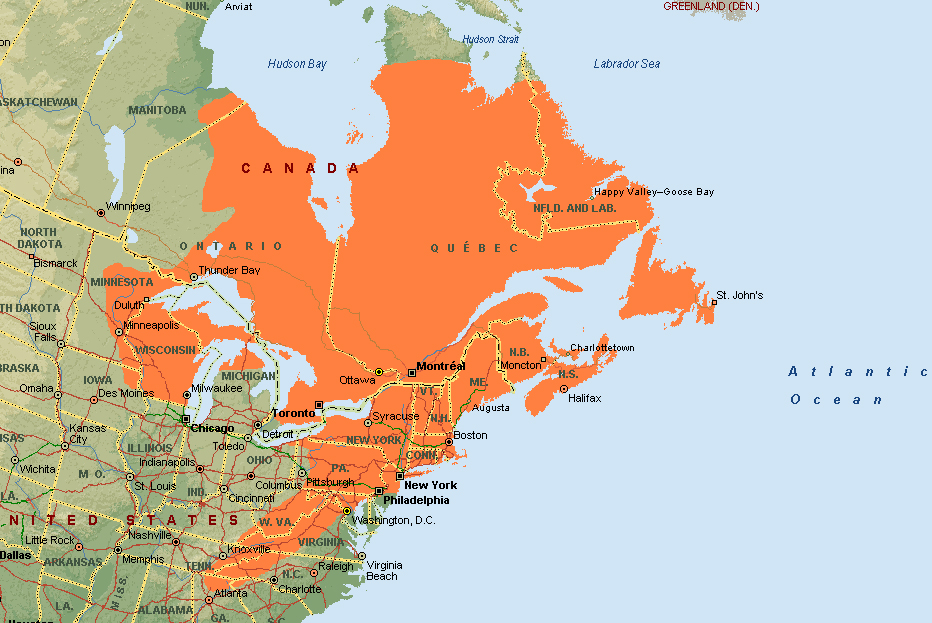 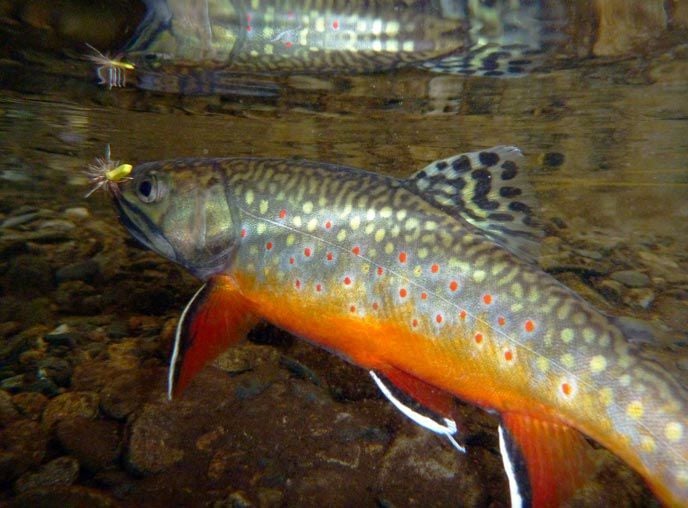 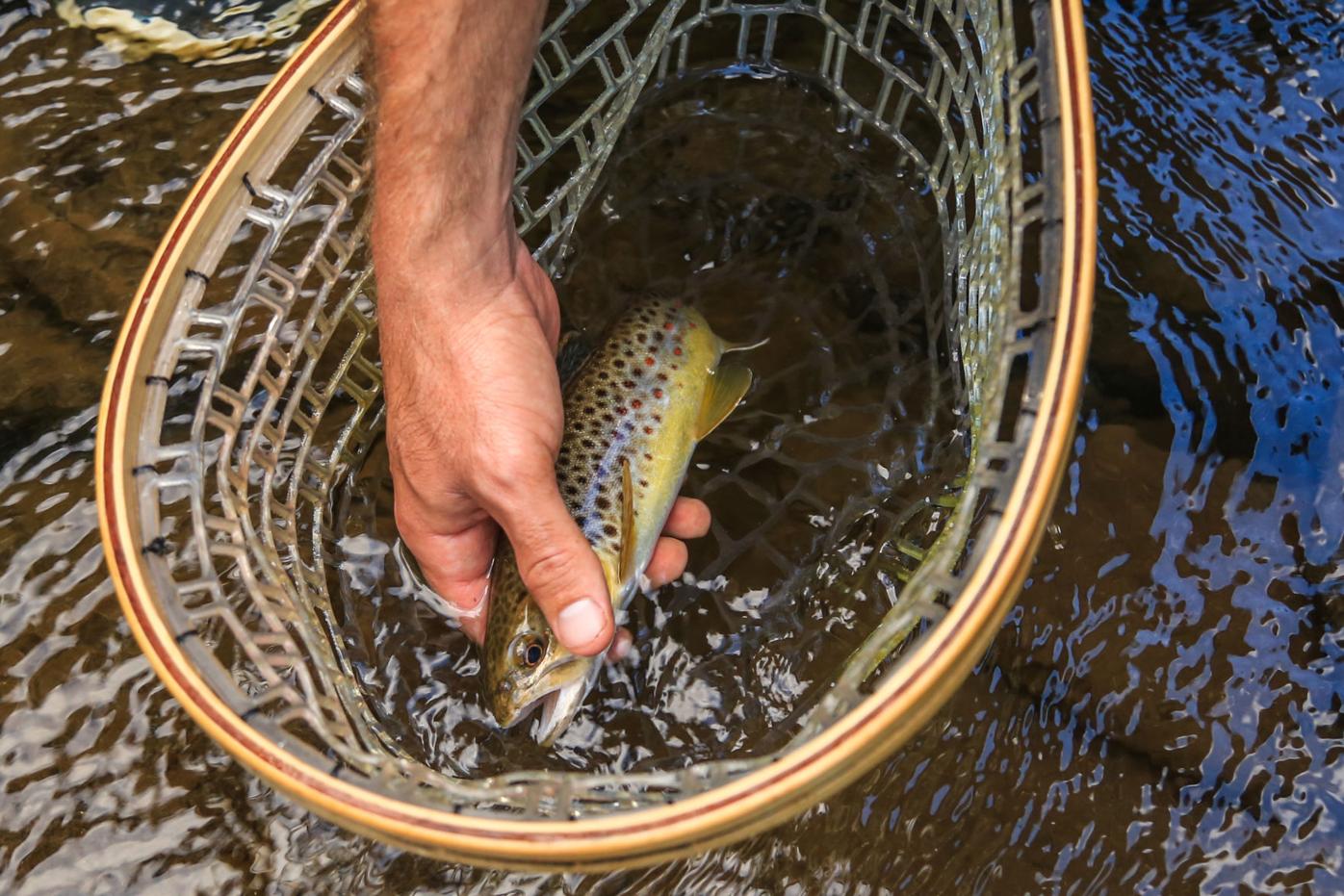 We are very lucky to have trout in many of our streams, rivers, ponds and lakes of Western NC. Trout are sought out by many anglers and provide a large economical boost to the local economy through guide services, governmental fishery and natural resource jobs, and fishing shops.

Trout are an important food source for humans and wildlife including bears and birds of prey. Trout serve an important role in the food chain and aquatic ecosystem. They feed on other fish, insects, and other macroinvertebrates such as worms and even mollusks. Trout require cool and clean water. If you know there are trout in a stream, then that stream probably has good water quality!

The brook trout range goes from the southern Appalachian Mountains in GA, northwest SC, east TN, western NC, northward to a large area of northeastern North America. The brook trout is the NC state freshwater fish. It is also the state fish of Michigan, New Hampshire, New Jersey, New York, Pennsylvania, Vermont, Virginia, and West Virginia and is the Provincial Fish of Nova Scotia in Canada.

In Lake Superior there is a population of brook trout known as coasters that migrate into tributary streams and rivers to spawn. In the northeast Atlantic there is also a population of brook trout called salters that may spend up to three months at sea feeding. While at sea they lose much of their coloration and markings and turn silvery-grey. Salters return to freshwater streams in the summer and fall to spawn. They regain their freshwater coloration within two weeks of returning to freshwater. Both the brook trout “salter” and “coaster” populations are now drastically reduced from degraded water quality and overfishing. Coasters and salters are potamodromous, meaning they migrate.

The brook trout reproduction, or spawning process, starts with pre-spawning courtship when a male brook trout attempts to push a female trout towards suitable gravel spawning habitat. A receptive female will then create a depression, known as a redd, in the stream bed where groundwater percolates from the earth into the stream. While the female is digging the redd, the male trout continues his courtship by swimming over and under the female in a certain pattern. The male also drives away other interested males during this process. The male trout then fertilizes the eggs which are slightly heavier than water and are resting in the redd. The female then buries the eggs in a small gravel mound. Spawning usually takes place in September and October. The young fish, known as fry, emerge from the nest after roughly 100 days, usually in February through April. The brook trout is normally mature in two years, but in some cases can reproduce after one year.

What we do on land affects the trout in water. Stormwater and sediment that enters the water from eroding stream banks, parking lots, construction sites, farms, etc. is very bad for trout. Pesticides and herbicides that enter streams are also very bad for trout. Landowners can help improve trout habitat by ensuring they have healthy streambanks that are not eroding into the local stream or river. A healthy streambank will have vegetation such as shrubs, trees, or rivercane. Grass does not hold a streambank over a long period of time, and does not provide any shade in the summer (something that is important for keeping the stream cool). Having a healthy streambank will also help the landowner as it will help protect property from erosion and flooding. Litter can also kill trout, as the fish will eat small pieces of plastic and other trash that they think is food. We are lucky to have such an amazing fish in our area. Good land and watershed management means clean water, something that is not only necessary for trout, but also for the entire aquatic ecosystem, and for us all.