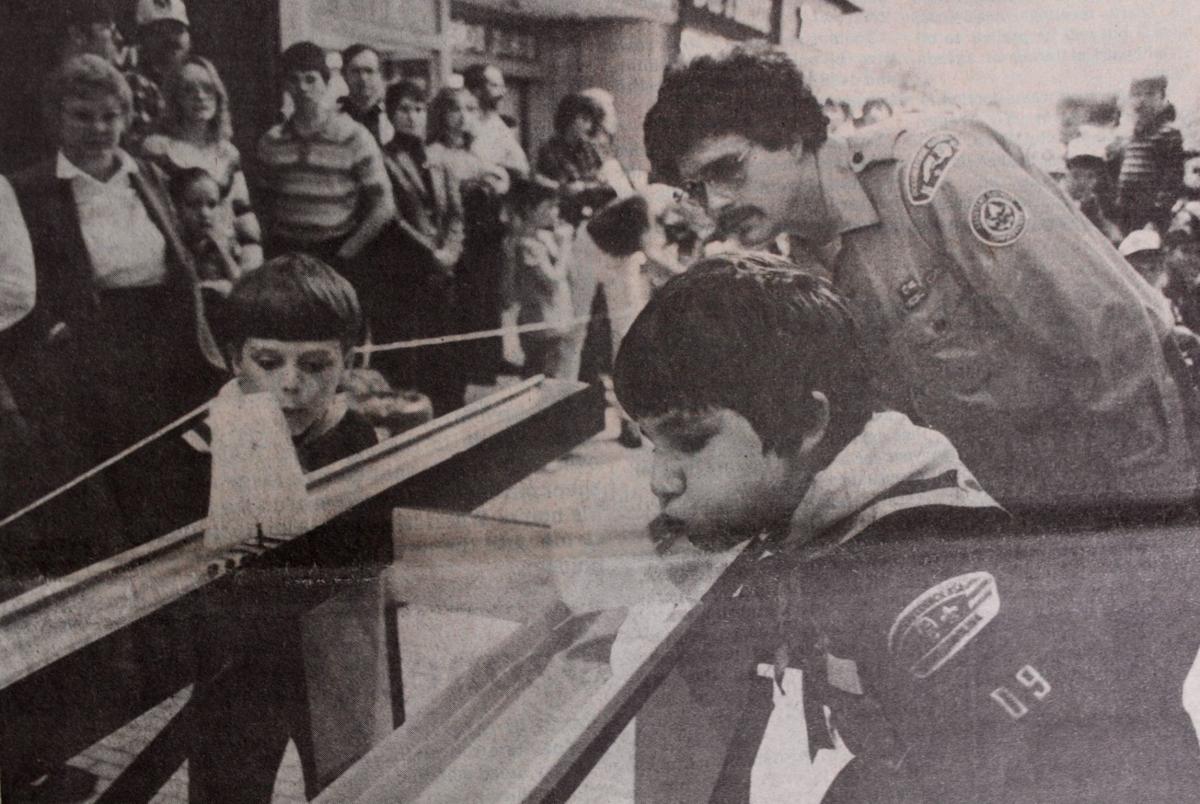 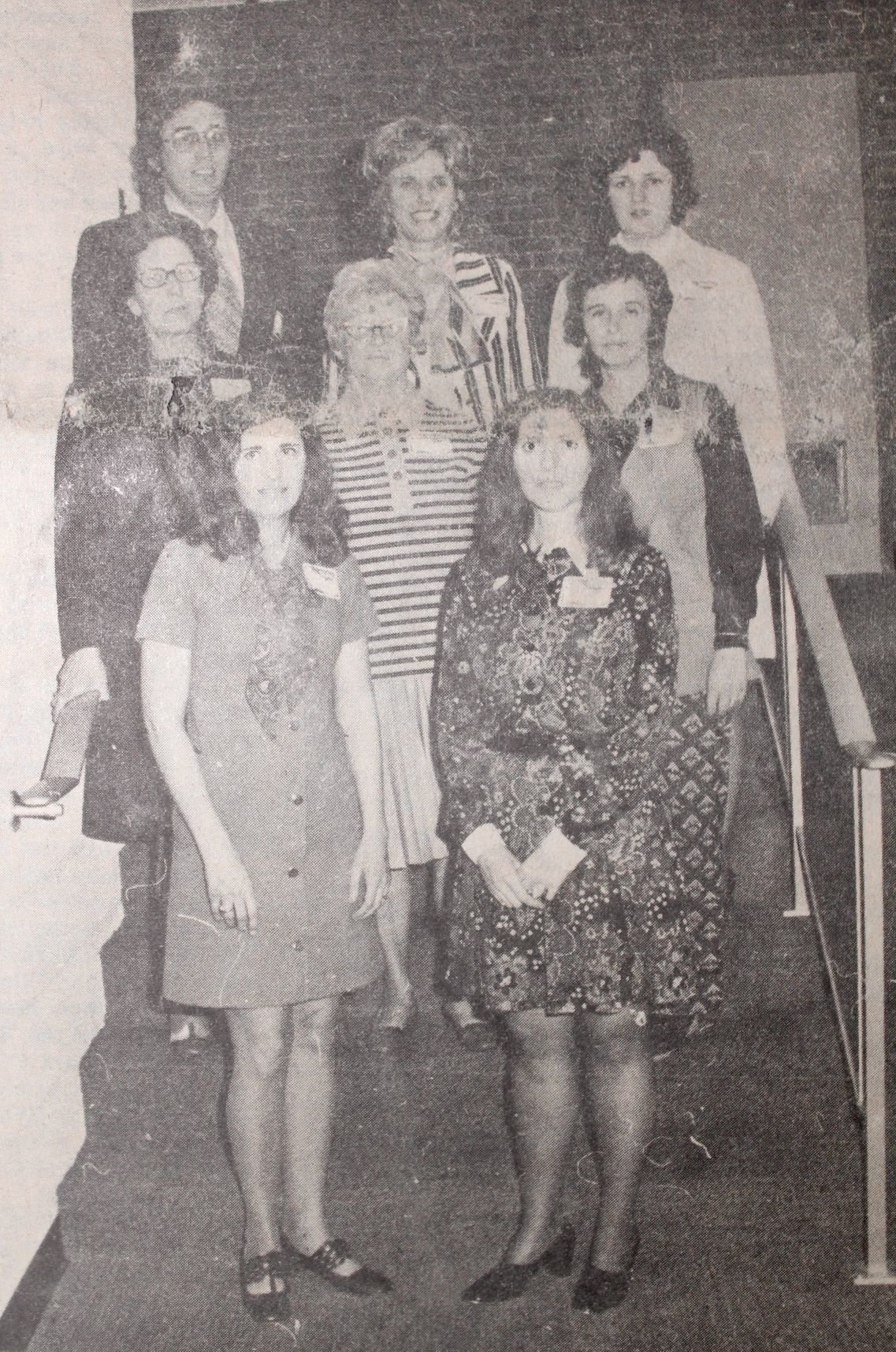 Watauga County Schools Teachers of the Year in 1974 were, from left to right in the front row, Karen Wortman, Bethel; and Ann Lomax, Green Valley; in the second row were, Grace Beach, Blowing Rock; Irene Winkler, Valle Crucis; Janis Austin, Mabel; and in the back were, Ron Hartgrove, Parkway; Mary Ellen Horine, Hardin Park; and Martha Henson, Cove Creek. Not pictured was Margaret Gragg. 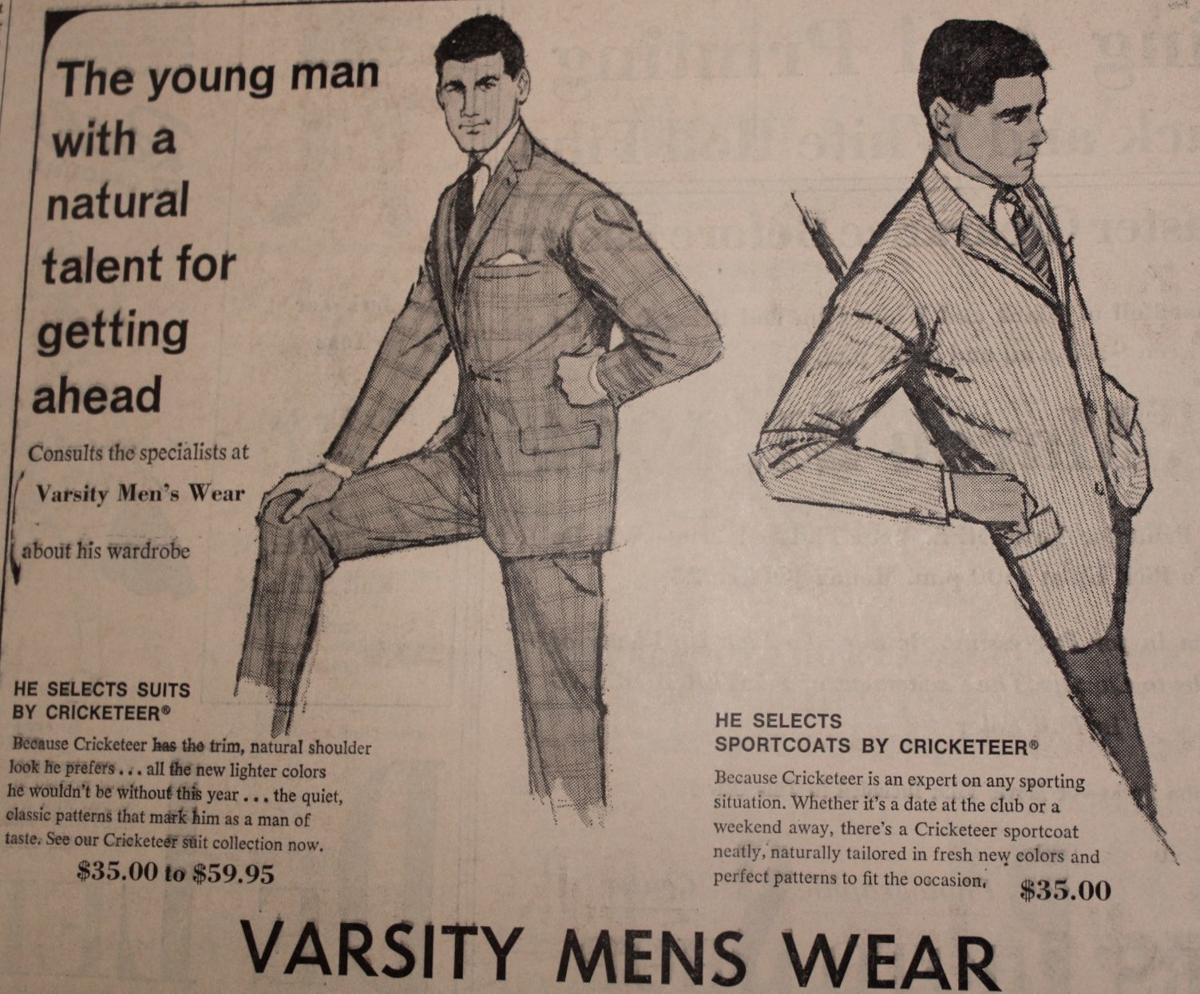 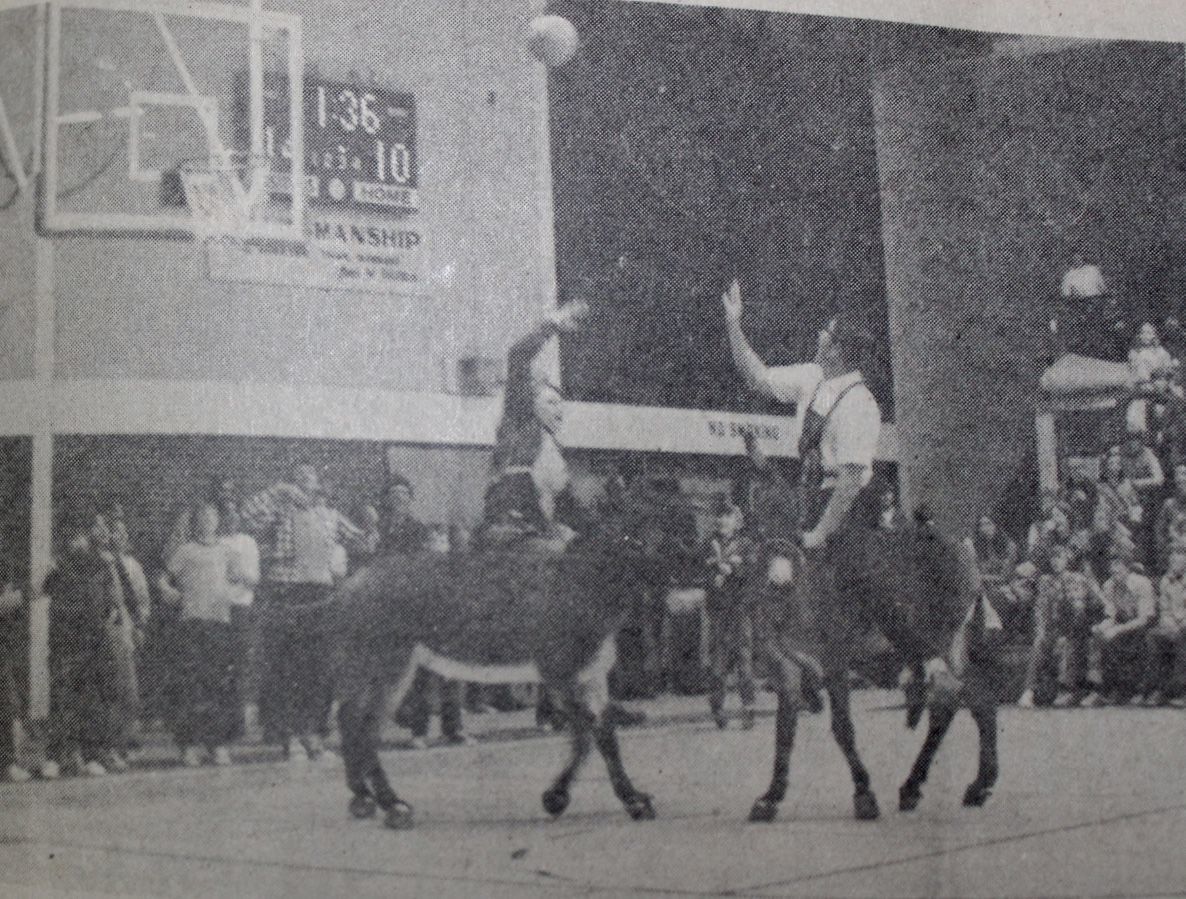 Bill Mauldin goes for the layup in a Watauga High School men’s faculty night during the donkey basketball game in 1974.

Watauga County Schools Teachers of the Year in 1974 were, from left to right in the front row, Karen Wortman, Bethel; and Ann Lomax, Green Valley; in the second row were, Grace Beach, Blowing Rock; Irene Winkler, Valle Crucis; Janis Austin, Mabel; and in the back were, Ron Hartgrove, Parkway; Mary Ellen Horine, Hardin Park; and Martha Henson, Cove Creek. Not pictured was Margaret Gragg.

Bill Mauldin goes for the layup in a Watauga High School men’s faculty night during the donkey basketball game in 1974.

“The ski season is just about over in Blowing Rock, but the two ski lodges in this immediate area are apparently still very much in the news,” stated a March 26, 1964, Watauga Democrat article.

“The cover photo of ‘State Magazine’ this week showed the artificial snow machine at Hound Ears Ski Area in Shulls Mill providing the ski slopes with a layer of artificial snow,” the article stated.

“Picture by Charlotte’s Bruce Roberts shows the machines putting some special skiers snow on top of the natural tuff up at the Hounds Ear (sic) Club in Watauga County. Roberts made the photo originally as part of a series he shot in conjunction with a long article on the ski boom which appeared in the Sunday Charlotte Observer of a month ago,” the article stated.

“What it wuz, wuz basketball — but not exactly like any game you’re likely to see in the NCAA finals this weekend,” stated March 21, 1974, Watauga Democrat article, “Bucking Burros Add Quirk to Basketball.”

“And the two teams weren’t exactly N.C. State and UCLA either, Tuesday night as the Watauga High School men’s faculty took on the Boone Optimist Club astride ten of the stubbornest creatures on the earth, slow moving, but sometimes bucking donkeys,” the article stated.

“The rules as explained at the outset were simply that to shoot the ball or pass that a player must be on the back of the animal. The only thing foul was the smell if you happened to be one of the combatants in the affair,” the article stated. “And the only time out in the game came when one of the donkey made a malaprop on the WHS gymnasium floor, which was quickly swept up by the Rev. C. O. Jones.”

“After years of planning, deliberating and procrastinating, it appears that Watauga County will finally have an industrial park,” stated a Watauga Democrat article titled “County Industrial Park is Investment in Future.”

“The park, once developed by the county, will provide an attractive location for new industries, as well as a possible home for several small, local industries that are planning to expand their manufacturing capabilities,” the article stated. “While the county’s initial investment in the property — nearly $600,000 — is fairly steep, successful recruitment efforts should allow the county to recoup most or all of its capital costs within a few years as lots are sold or leased.”

“It can only be hoped that the town realizes the importance of the park to the county and recognizes this opportunity to cooperate for the long-term gain of all the citizens of Watauga, including those who live in Boone,” the article stated.