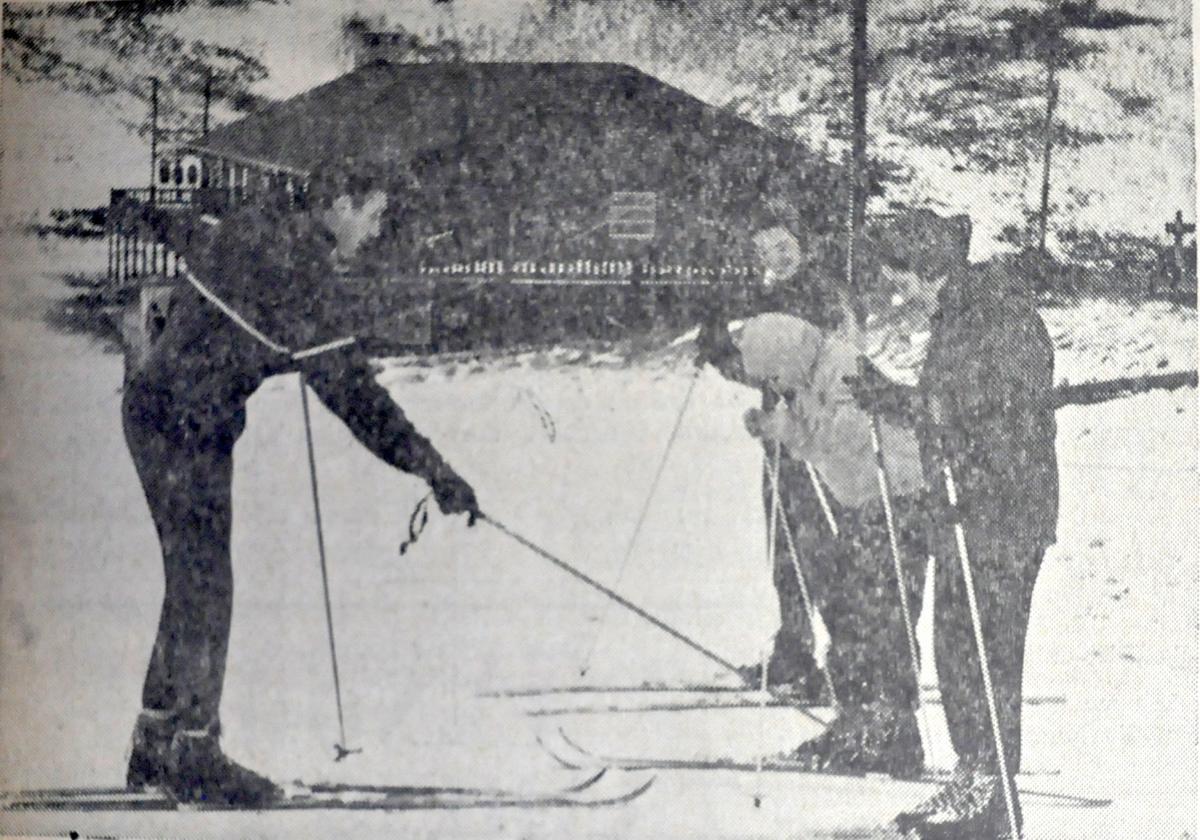 ‘Future skiers learn fundamentals at Blowing Rock Ski Lodge’ is the caption to this photo published in the Nov. 28, 1963, issue of Watauga Democrat. 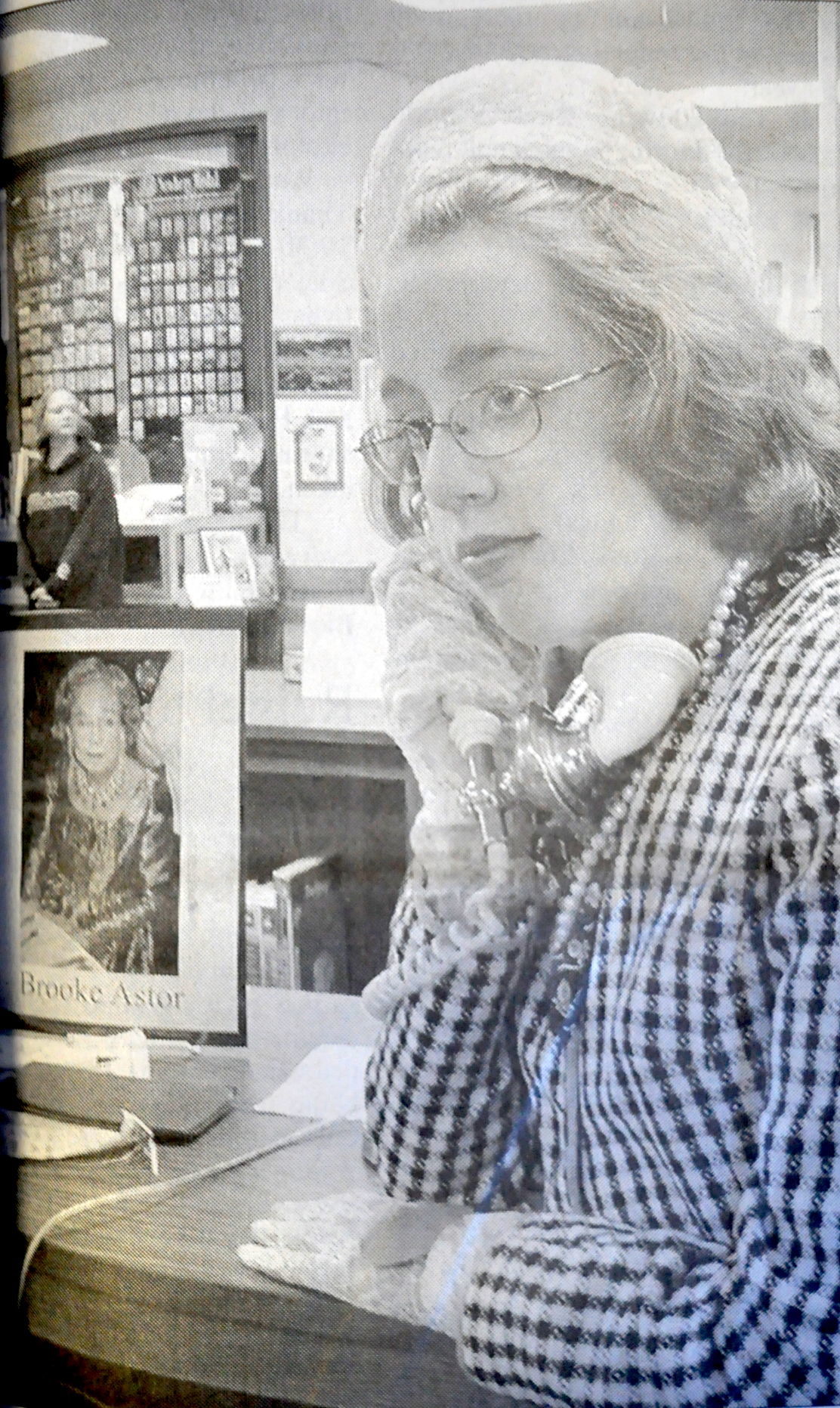 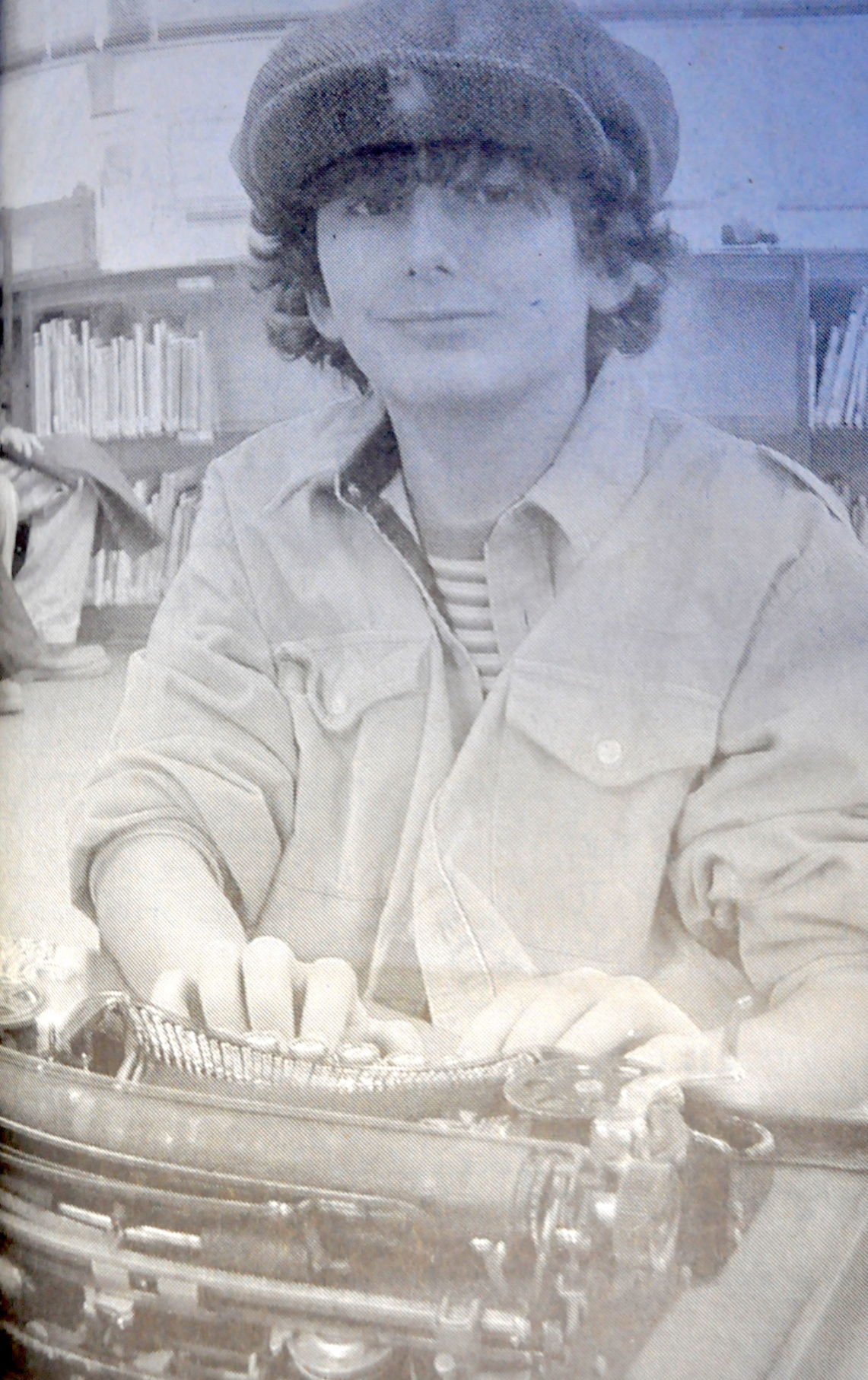 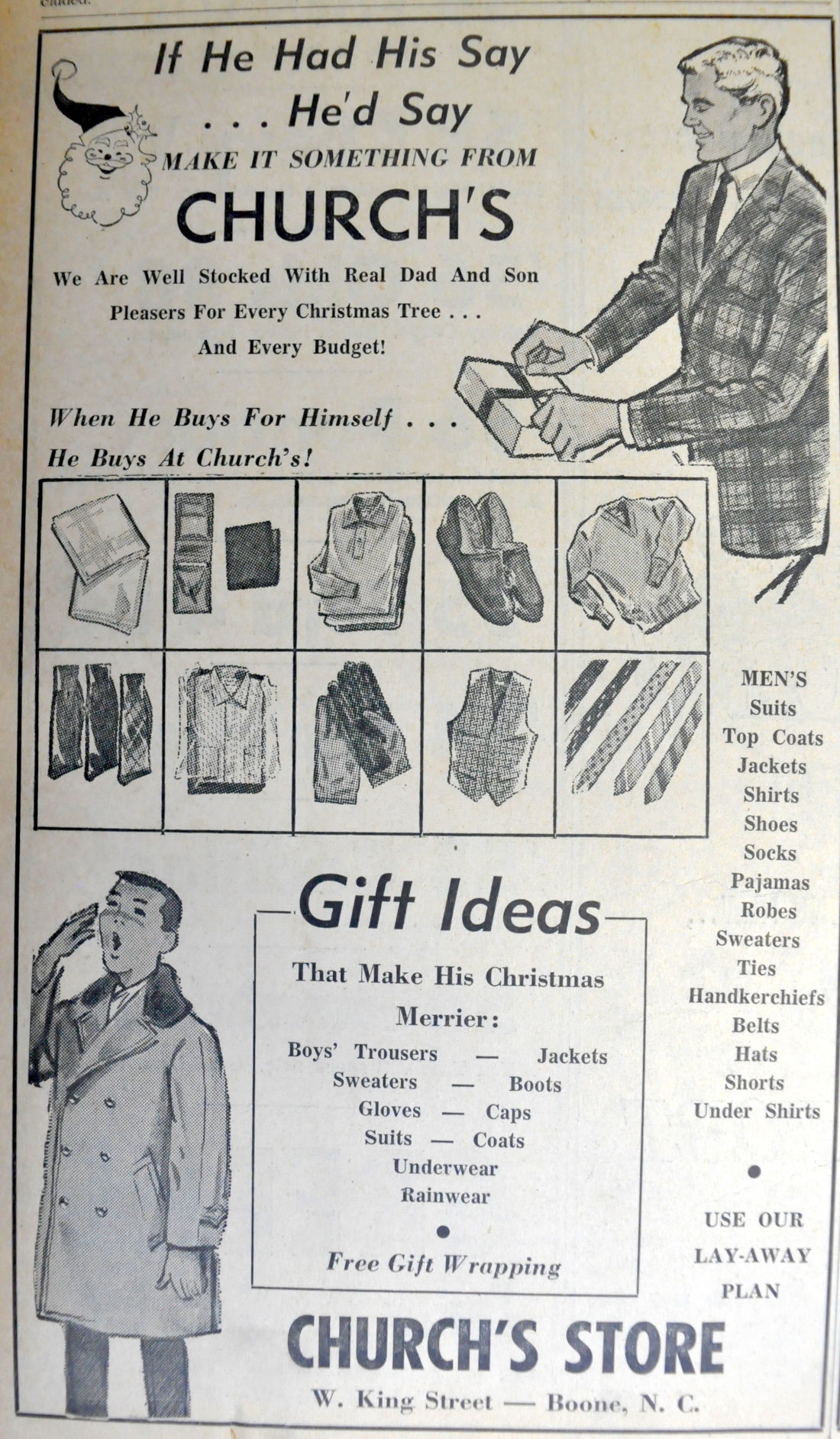 An ad for men's apparel at Church's Store in Boone is published in the Nov. 28, 1963, issue of Watauga Democrat. 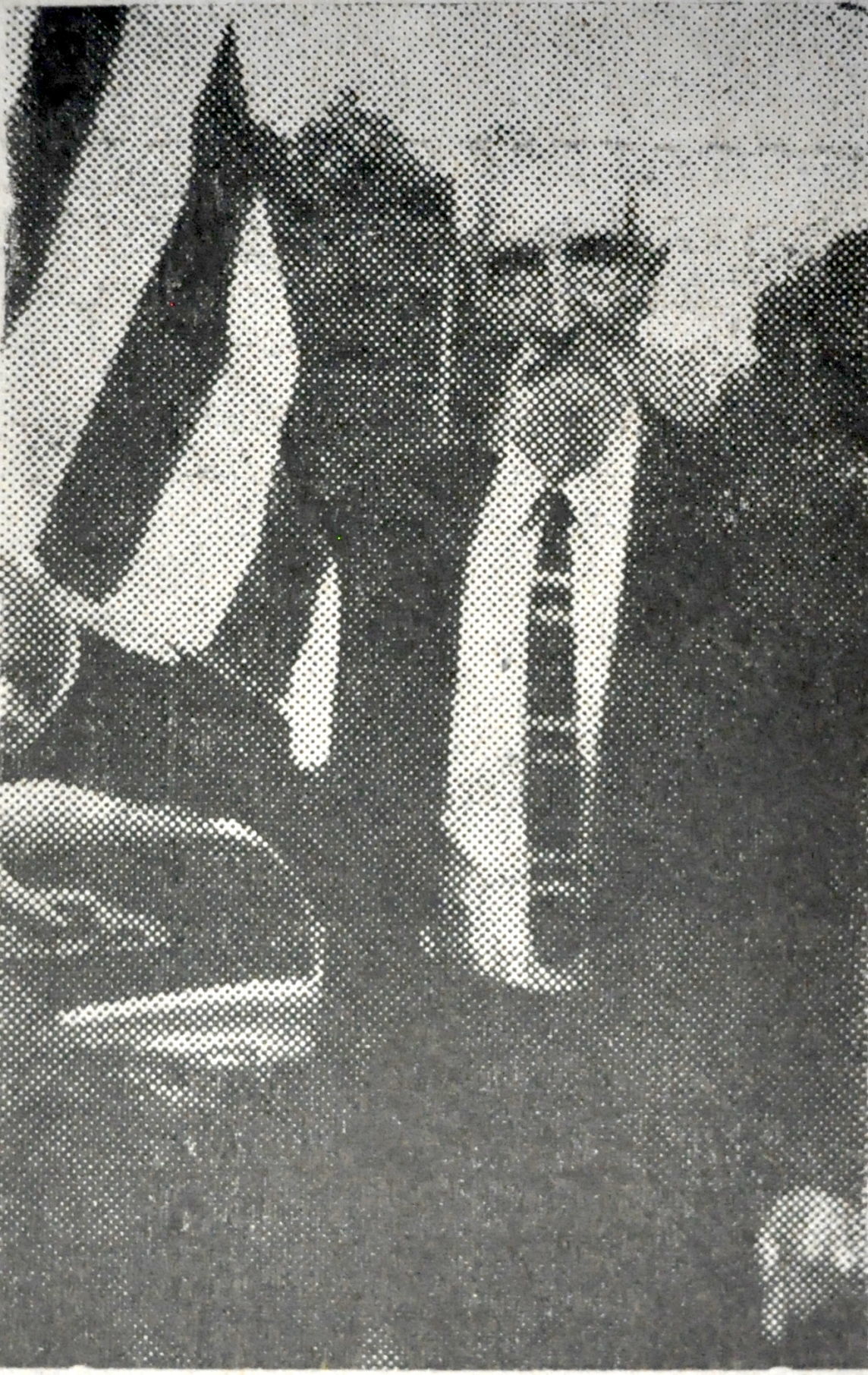 ‘Future skiers learn fundamentals at Blowing Rock Ski Lodge’ is the caption to this photo published in the Nov. 28, 1963, issue of Watauga Democrat.

An ad for men's apparel at Church's Store in Boone is published in the Nov. 28, 1963, issue of Watauga Democrat.

Under the label of “GAR Veteran,” a photo of William H. Blackburn ran on the front page of the Nov. 25, 1943, Watauga Democrat. Blackburn was reported to be Watauga’s last veteran of the Grand Army of the Republic.

A free matinee was to be held at 10 a.m. on a Thursday, Dec. 2, and students were allowed a break from classes to attend if they brought a discarded or broken toy that could be repaired and repainted by the local fire department and Boy Scouts. The revamped toys would be distributed at the Dec. 26 Christmas party.

The news of President John F. Kennedy’s assassination dominated many of the headlines in the Nov. 28, 1963, issue of Watauga Democrat. ‘Wataugans Grieved At Slaying Of President” read a large headline alongside a headshot of Kennedy.

“Citizens clustered, wearing stunned expressions, to hear radio or TV reports after having learned that President Kennedy had been shot,” the newspaper reported. “Occasionally the announcer’s voice was interrupted by exclamations from listeners, echoing emotions throughout the country: ‘Why?’ ... ‘I can’t believe it’ ... ‘How could this happen in a civilized country?’”

“Business in Boone was practically at a standstill,” the article continued. “Phone calls poured into the radio station and the Democrat office, from stunned people who had just heard the news, hoping against hope that the reports had been wrong.”

“A Democrat reporter, alone in the outer office, moved his car from the rear parking lot to the street, where he could hear radio reports and still keep one eye on the office. Workers all over town were doing the same thing, and soon sizeable crowds were gathered on the sidewalks around the open doors of automobiles.”

M.E. Thalheimer, president, told the newspaper that he expected demand would double over the ski resort’s first year, which admitted more than 15,000 skiers.

“The ski boom in the South has just begun,” Thalheimer said.

Fifty High Country-grown Christmas trees from Watauga, Ashe and Avery counties were being shipped to the 82nd Airborne Division of the U.S. Army, which was stationed in Iraq.

Fraser firs were recommended by state forestry experts because of their durability and physical characteristics, the newspaper reported.