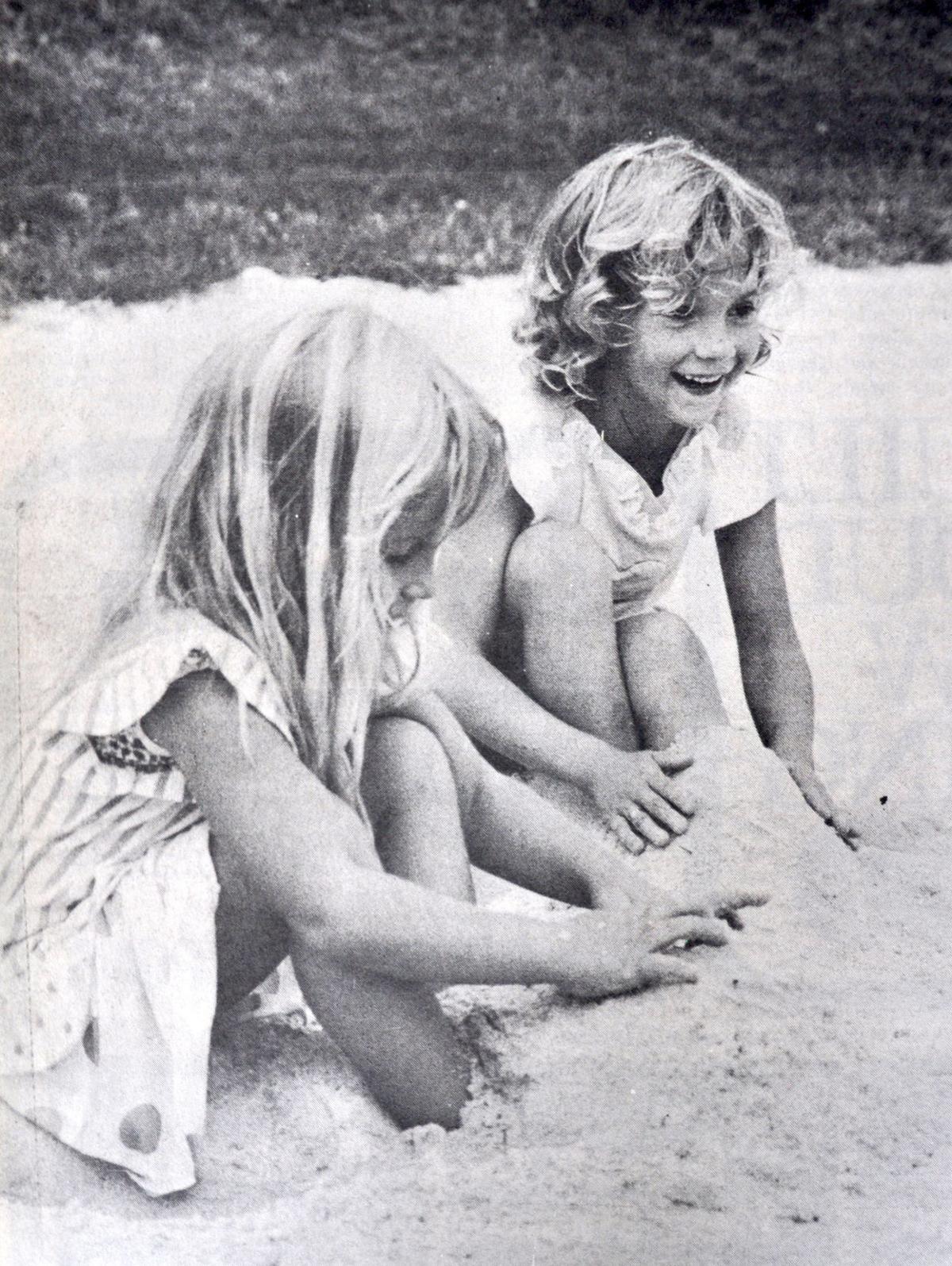 In this photo published on July 13, 1987, Christian Sineath, 4, and her sister Caroline, 5, were staying cool in the heat of the afternoon sun Wednesday by burying their feet in the cool sand of the long jump pit at ASU. They were in the pit while their mother was using the track for her workout. 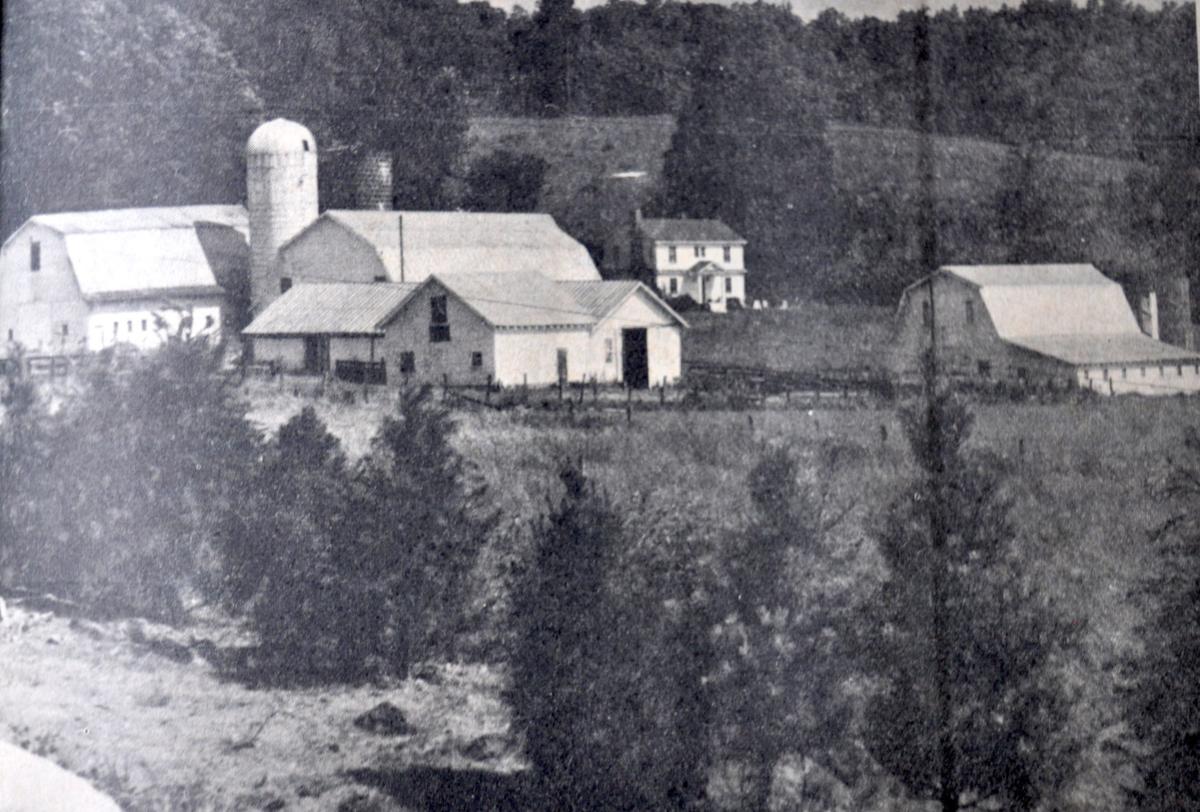 The State Farm in Boone is pictured in July 1967, when the Appalachian State campus was planning to develop recreation fields at the site.

This ad for a Zenith portable radio appears in the July 13, 1967, issue of Watauga Democrat. 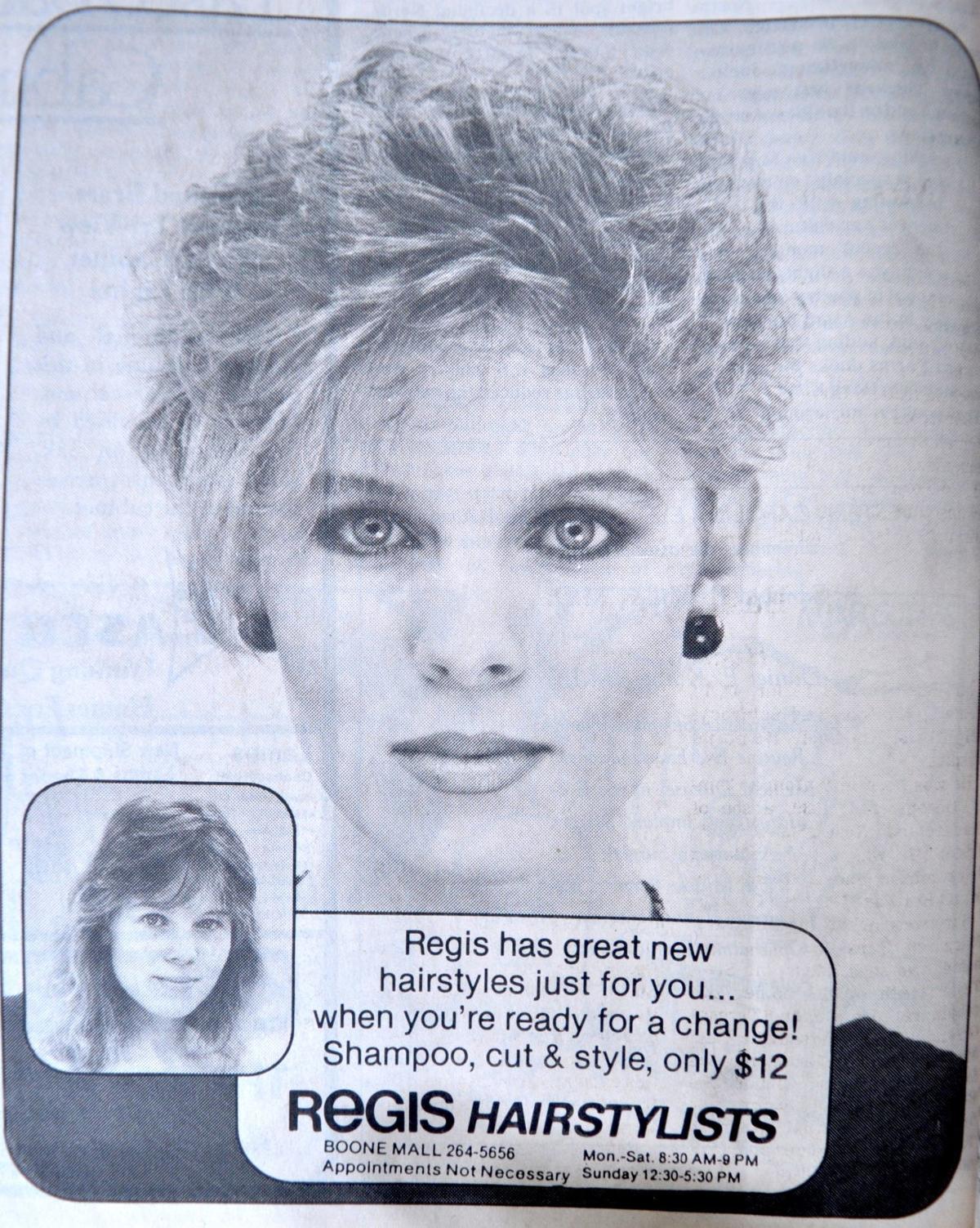 Regis in the Boone Mall advertises hairstyles of the era in the July 13, 1987, issue of Watauga Democrat. 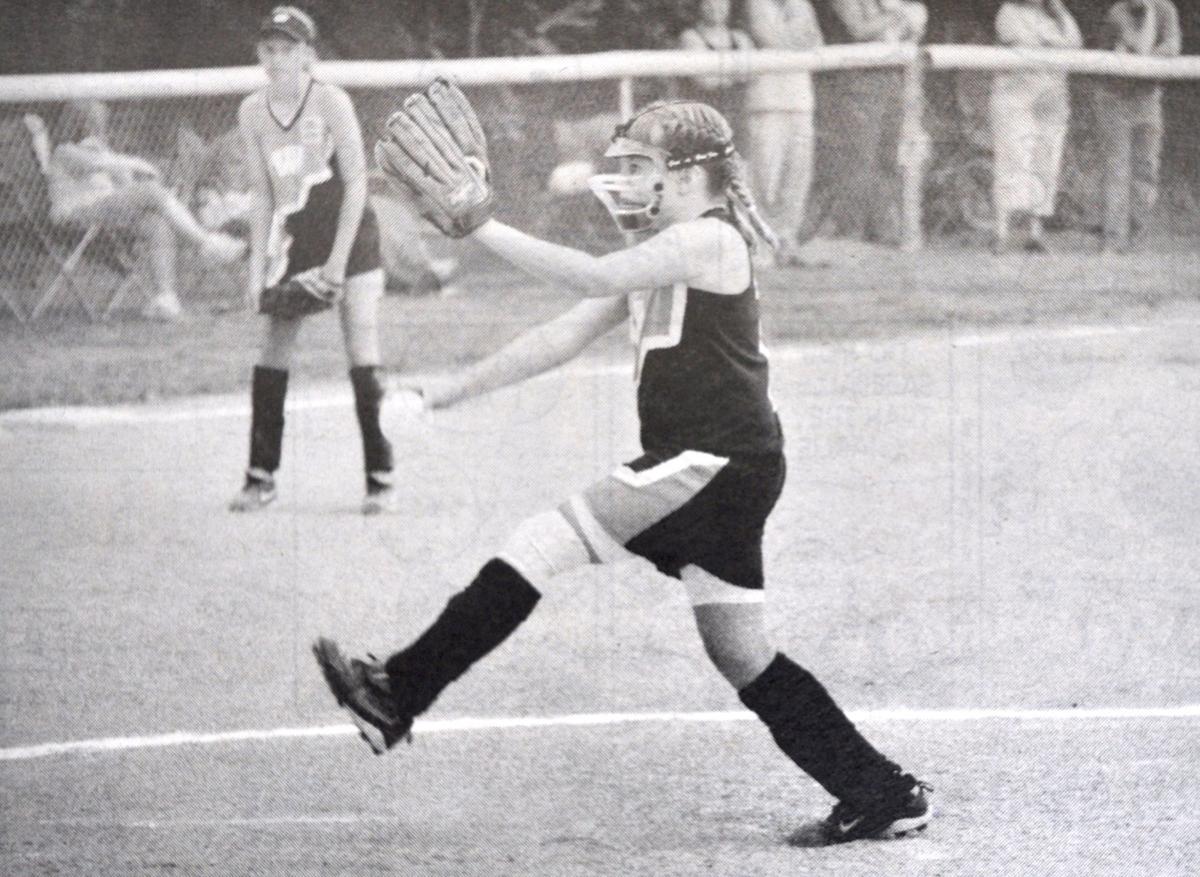 In this photo published on July 13, 1987, Christian Sineath, 4, and her sister Caroline, 5, were staying cool in the heat of the afternoon sun Wednesday by burying their feet in the cool sand of the long jump pit at ASU. They were in the pit while their mother was using the track for her workout.

The State Farm in Boone is pictured in July 1967, when the Appalachian State campus was planning to develop recreation fields at the site.

This ad for a Zenith portable radio appears in the July 13, 1967, issue of Watauga Democrat.

Regis in the Boone Mall advertises hairstyles of the era in the July 13, 1987, issue of Watauga Democrat.

“Site of a second campus?” queried a Watauga Democrat front-page headline in the July 13, 1967, edition.

“Picturesque State Farm near Watauga County Hospital will give Appalachian State University a chance to stretch its legs in the recreation department,” the article stated. “According to Business Manager Ned Trivette, plans are to (move) the football team from the present campus to the farm, where practice areas are to be laid out.”

The university’s athletic field was overcrowded, the article noted, and moving the football team would allow it to practice earlier in the day.

“Trivette says commuting from the campus to the farm will be tried with an eye to enlarging the entire role of the farm,” the article continued. “It was abandoned as a cattle farm in 1964. Since, New River Light & Power Company has been housed there, and some of the barns have been used for storage of surplus materials. It could be that the farm has ‘tremendous potential’ as a full-fledged campus No. 2 ... Trivette says.”

The outdoor drama “Horn in the West” — at the time about 15 years old — featured heavily in the July 13, 1967, issue. U.S. Senator Sam J. Ervin joined with one of Daniel Boone’s younger descendants and members of the North Carolina Press Association at a dinner held at the Holiday Inn by sponsors of the drama. Ervin later addressed the audience prior to a “Horn in the West” performance.

A separate headline read, “Horn in the West Horse Fails to Show at Curtain Time.”

“When old Polly, the ‘Horn in the West horse,’ disappeared one night last week, there was more panic backstage at the outdoor drama than if one of the leading actors had broken a leg,” stated the article, with the author clearly having some fun. “Thanks to a passing truck driver, however, Polly faced the footlights on schedule.

“The nine-year-old farm horse who has been in the Kermit Hunter outdoor drama for the past four years is kept on the theatre grounds during the summer months. But just after intermission last night, she broke her tether and headed for her winter home some four miles away. The truck driver spotted Polly about a mile from the theatre and postponed his haul long enough to lead the horse to a nearby motel.”

The motel owner had the horse returned to the theatre with three minutes to spare before Polly’s scene.

“ASU student shot to death at party” was the grim headline atop the front page of the July 13, 1987, edition.

Two 22-year-old Gastonia men were being held without bond following the shooting, which the newspaper said occurred outside a fraternity party at 3:20 a.m. on a Saturday. Jabe Hardee II, 19, of Wilmington, died from a single gunshot to the head, the article stated.

The article stated that the two men were not ASU students and that those interviewed at the party did not know the men. According to North Carolina Department of Public Safety records, one of the men, Jon E. Clemmer, was convicted of second-degree murder in February 1988 and was released from prison in 1993. Records for the other man could not be located.

Police Chief Zane Tester said at the time that the shooting was the first time in memory that an ASU student had lost his life by violence while in Boone, the newspaper reported.

The Watauga Democrat reported that bodies found in graves on the site of the new Watauga High School were being moved to a permanent resting place a few hundred yards away.

“Workers found eight sets of skeletal remains on the site Tuesday, and by noon Wednesday had unearthed three more grave sites,” the article stated. “All contained bone fragments with the exception of one, where evidence suggested an infant had been buried in a blanket but no solid artifacts had been found.”

“A handful of family members observed the proceedings ... they expressed relief that the issue was reaching a resolution after a yearlong discussion over the existence of the cemetery.”