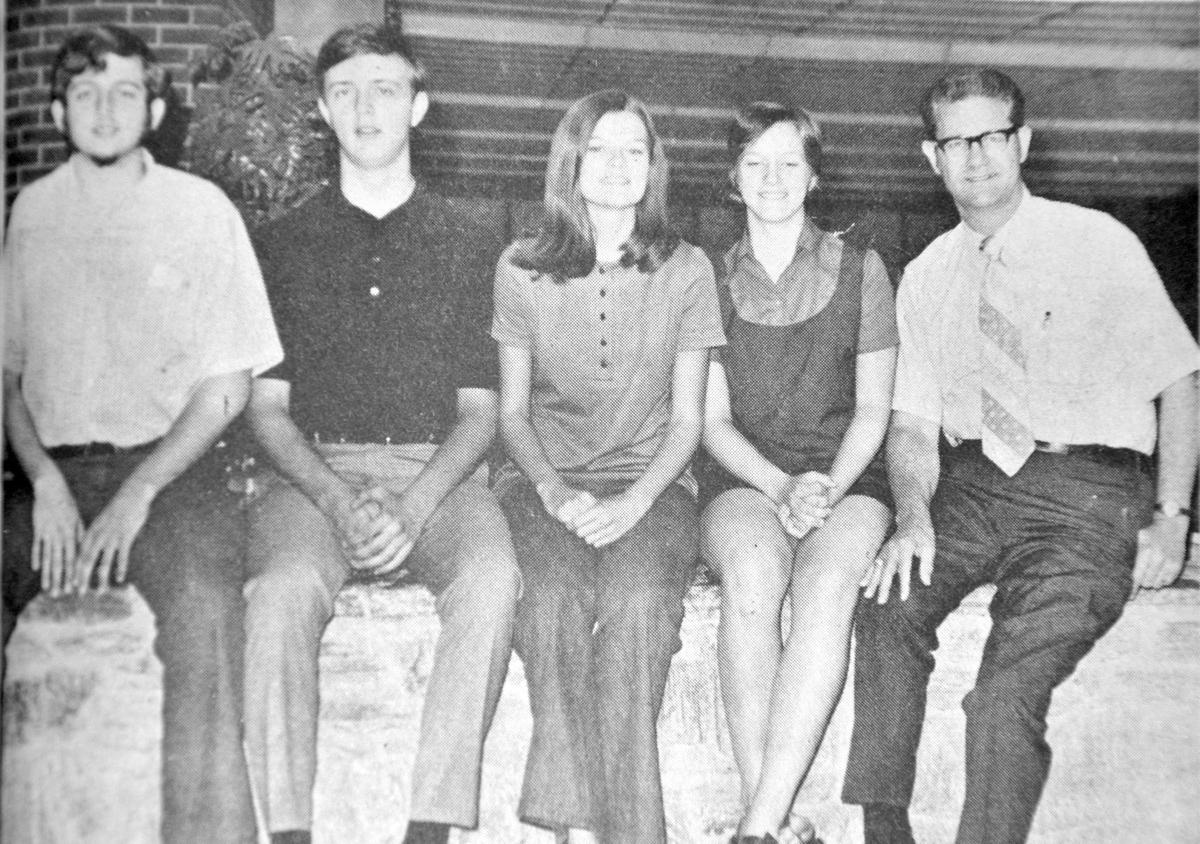 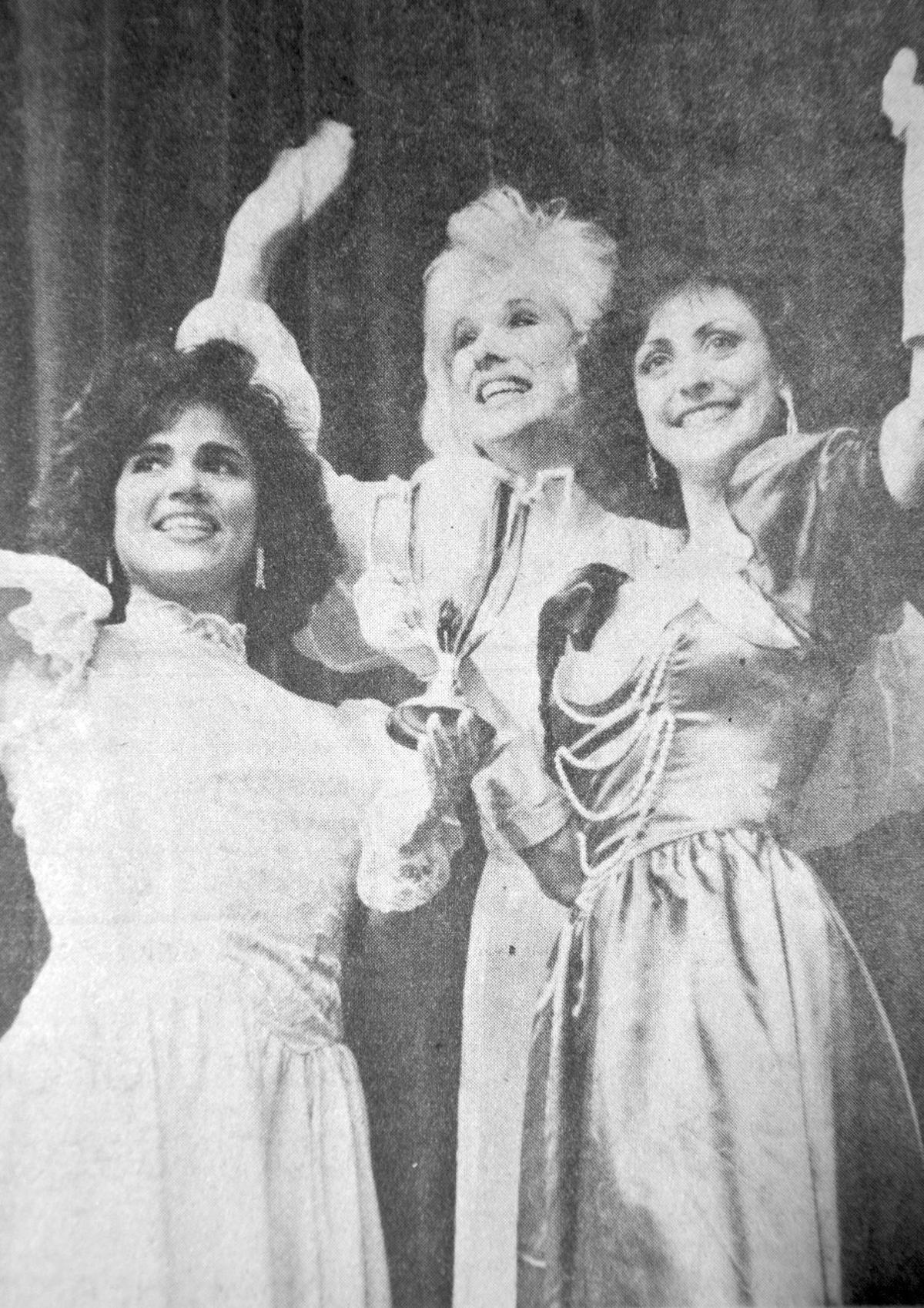 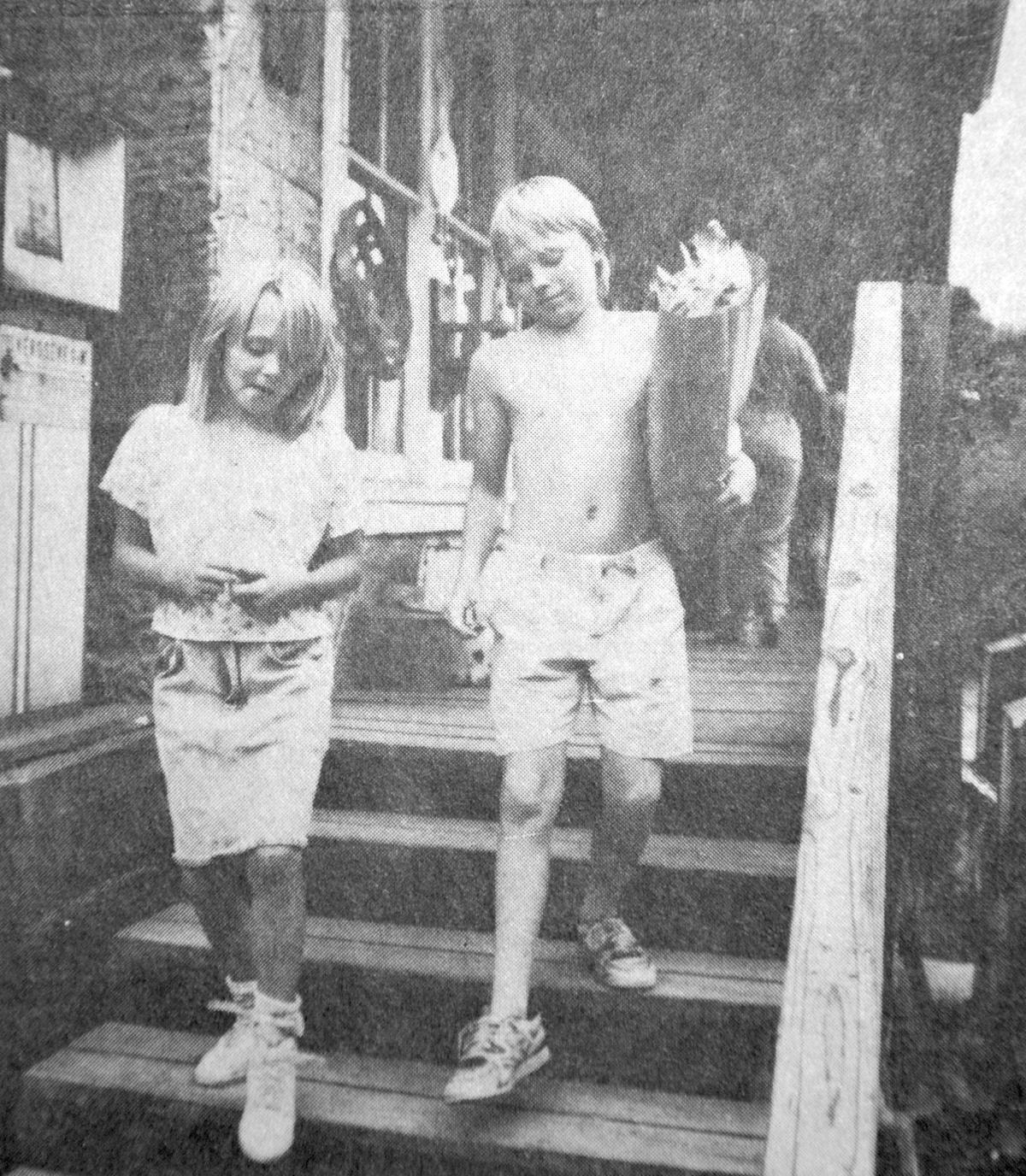 Shannon Morlock, 9, and James Morlock, 11, leave with a bagful of items from the Todd General Store in 1991. 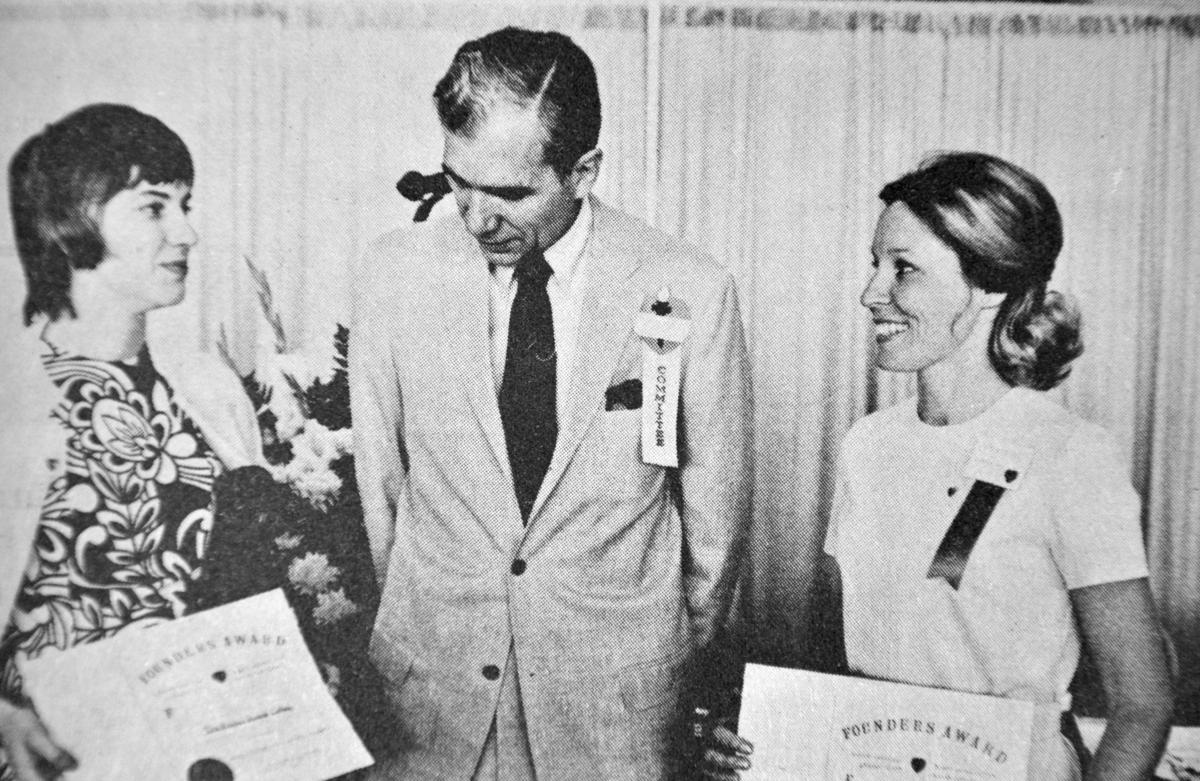 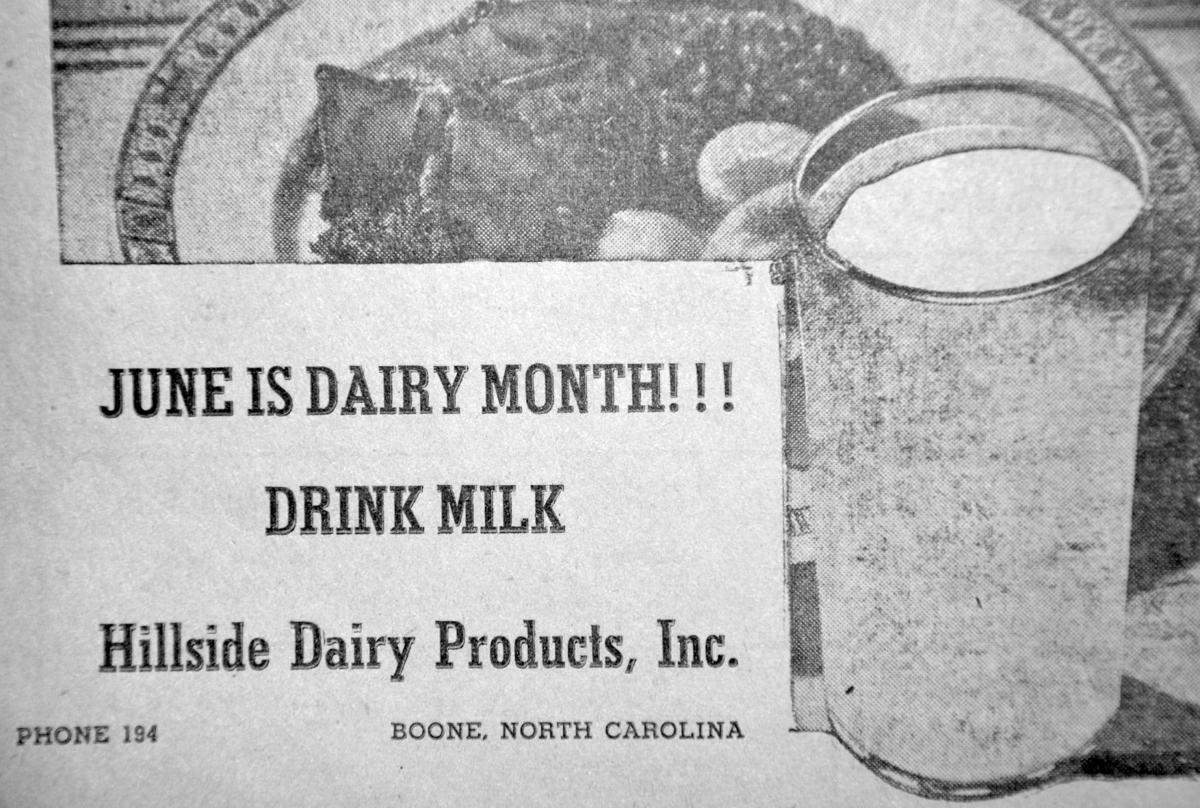 Shannon Morlock, 9, and James Morlock, 11, leave with a bagful of items from the Todd General Store in 1991.

“Last minute plans for the tuberculosis survey in Ashe, Alleghany and Watauga counties are now being completed,” according to an article in the July 5, 1951, edition of the Watauga Democrat. The article was titled, “Mass chest X-ray survey begins here on Saturday: results to be mailed participants within three weeks.”

“The first of the mobile units used in the survey will arrive in Boone July 5. The units will be traveling over these counties from July 7 through Aug. 8, X-raying all persons over 15 years of age,” according to the article.

“One mobile unit will be located on Main Street in Boone in front of the Fabric Shop throughout the whole survey. Of the two other moving buses coming into the county at the same time, one will be set up at Cove Creek on the high school grounds, later moving to Valle Crucis.

“Every person over 15 ought to be X-rayed even though he may been X-rayed two years ago when the last survey was made, or even more recently. If for any reason X-rays are not readable, an individual will be asked to return for a retake. Followups will begin in about three weeks,” the article stated.

“The idea of a tri-county jail to serve Alleghany, Ashe and Watauga counties was sanctioned by the Ashe and Watauga commissioners at a meeting last Thursday night (June 17),” according to a June 24, 1971, edition of the Watauga Democrat.

“The location of the jail would be decided by the jail placement committee, all counties have given the project approval, it was noted. It would most likely be located centrally, according to geographic and population needs,” the article stated.

“Jackson said that if Alleghany declined to join Ashe and Watauga, then the town counties together could build a jail. The cost of the project, Jackson added, would be shared by the three counties ... on a percentage basis and based on total population in each of the counties,” according to the article.

A June 24, 1991, article in the Watauga Democrat titled “Tears, cheers greet returning Guard unit,” documented the return of the 1451st Transportation Company of the U.S. Army National Guard. Earlier editions of the Watauga Democrat explained that the company had been stationed at Fort Bragg as a military support unit.

“It was a lot like when the soldiers left on Dec. 2.

“There were people lining the streets. There were lots of flags and yellow ribbons; there were tears, but Saturday the tears were accompanied by smiles because everyone knew where they were going this time. The 1451st had come home.

“The people of Watauga County have really shown their true color in coming out and supporting our men, and they’ve been supporting our people ever since they left here,” said Watauga County Sheriff Red Lyons in the article. Lyons had escorted the convoy from the Wilkes County line to the National Guard Armory in Boone.

“Lyons said that from the time the first truck came across the Wilkes County line until the convoy reached the armory, people were lined up along roads and streets, waving flags and ribbons and cheering the soldiers.

“This is one of the highlights in my service as sheriff of this county, he said in the article, “to see these boys and ladies coming back into Watauga County. We didn’t have a casualty; they all look healthy, and everybody’s happy to get back.

“(Joseph W. Dean, secretary of the N.C. Department of Crime Control and Public Safety) said the effort in the Middle East was not just an effort on the part of the U.S. Army, but a combined effort of all U.S. military forces.

“Maj. General Nathaniel Robb, adjutant general of the N.C. National Guard, told the soldiers, “You are a good and proper example of what is good and proper about America,” according to the article. The general said his personal memories of the time would include the praise the unit received each time the support operations at Fort Bragg were mentioned.

“He said the 1451st went the ‘extra mile’ and put in the extra effort to help returning soldiers,” the article stated.