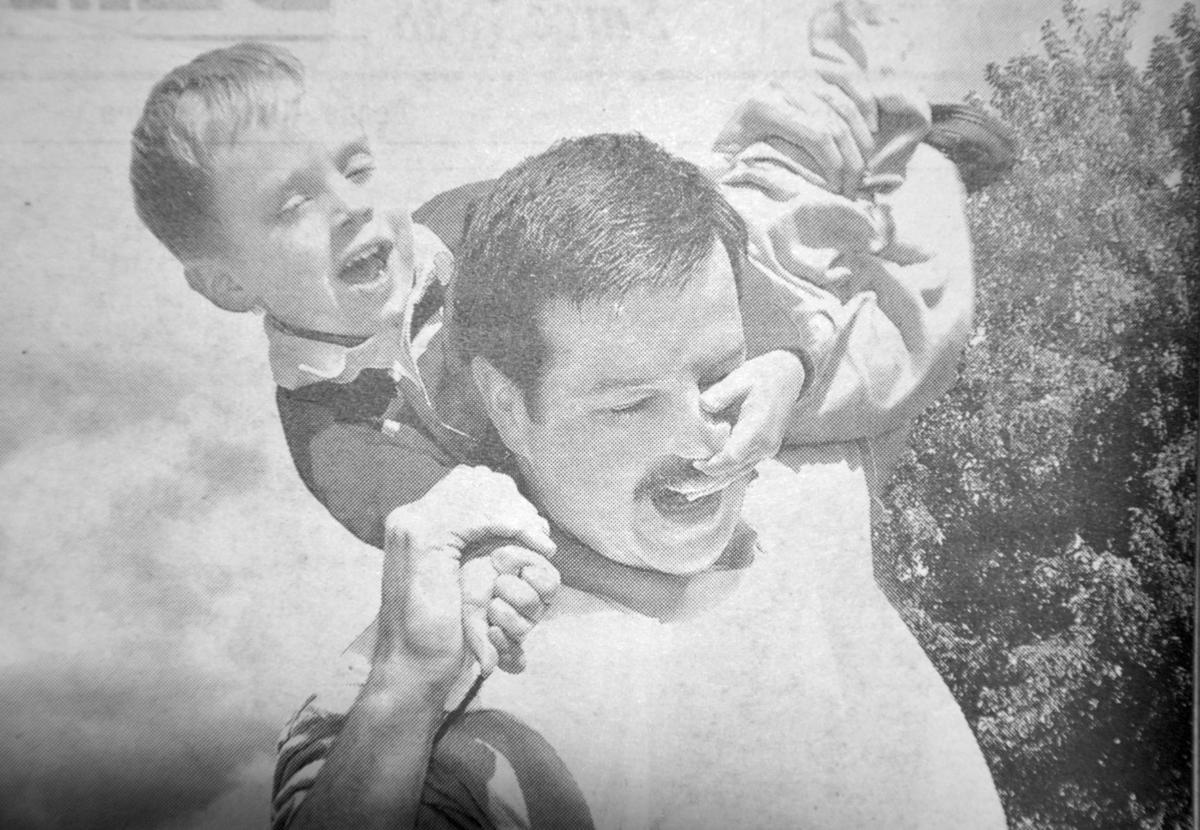 Jeff Abernathy gives his son, 3-year-old Sean Abernathy, a ride on his shoulders while playing at Chetola Resort in October 2006. 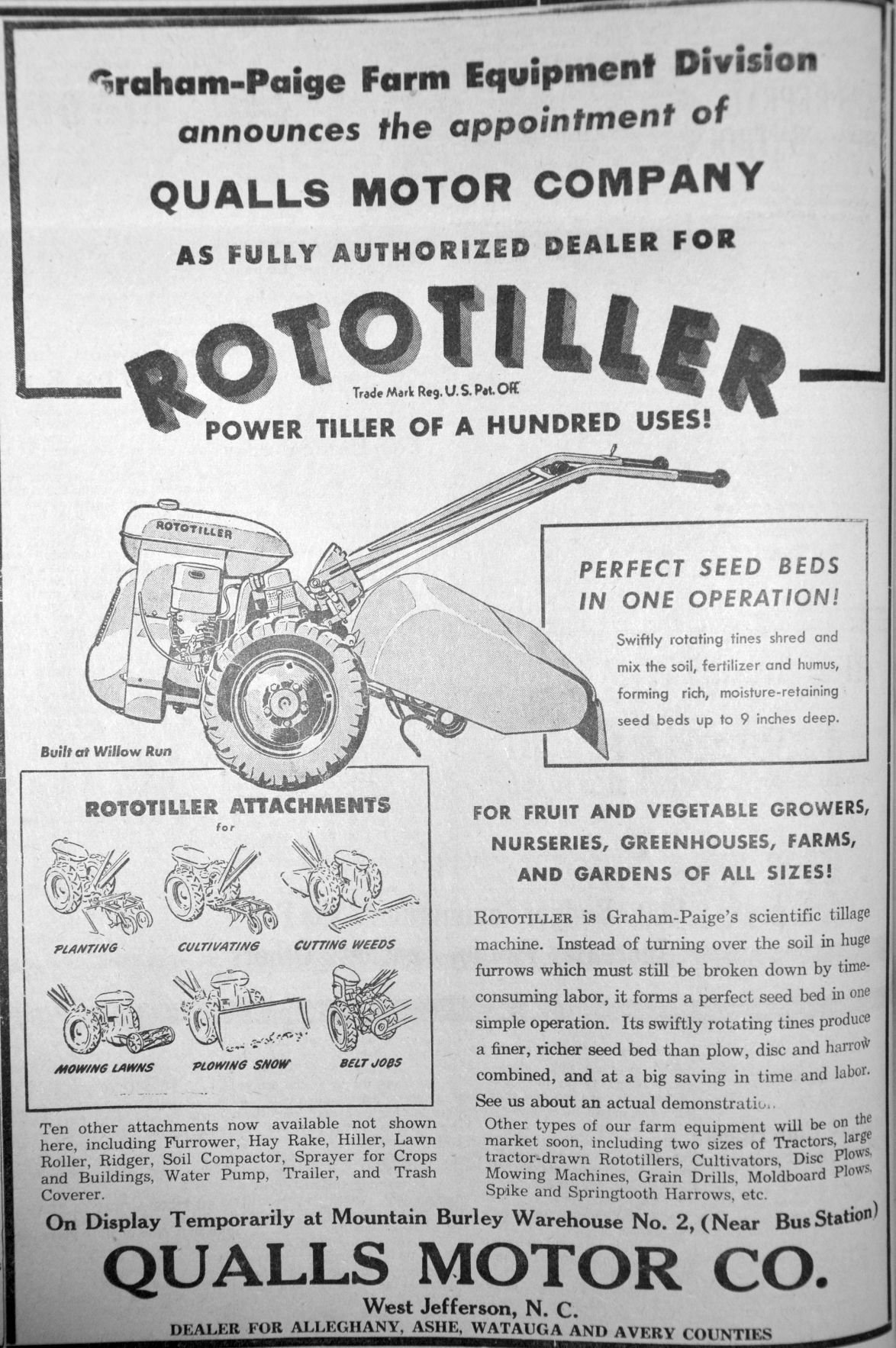 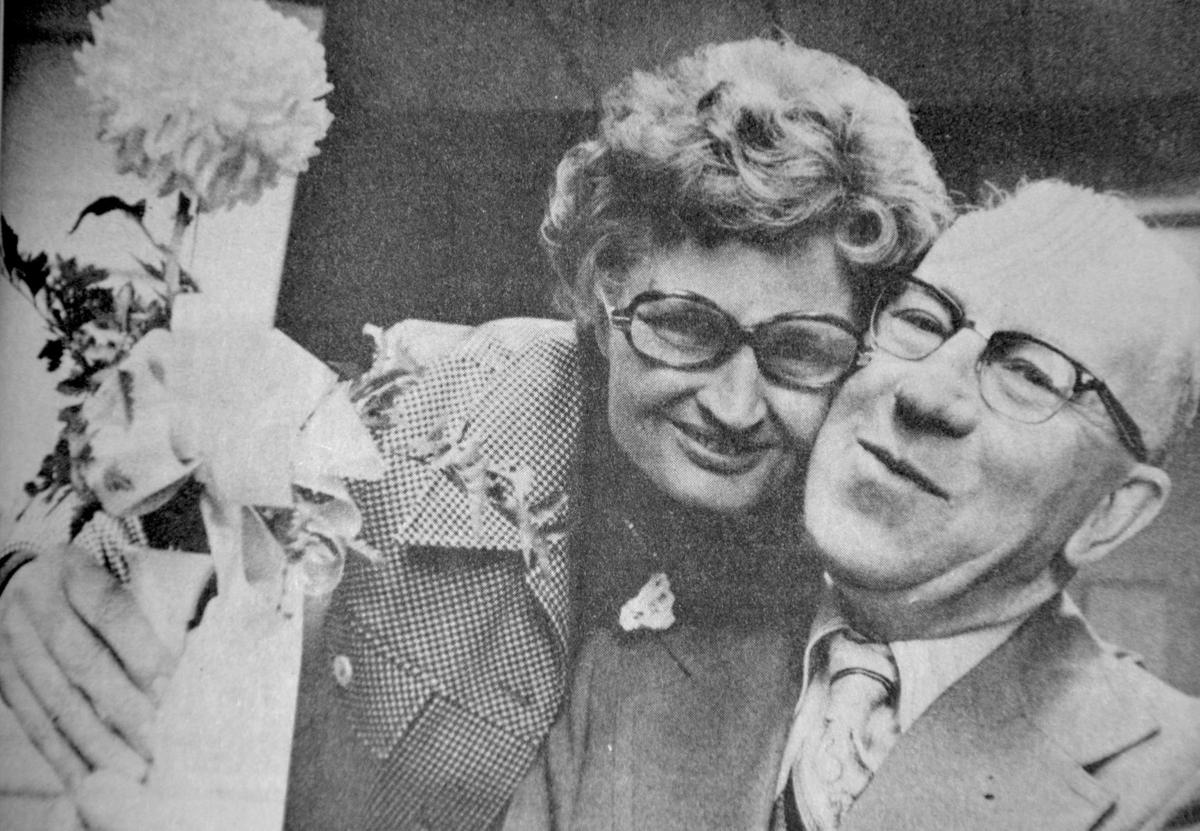 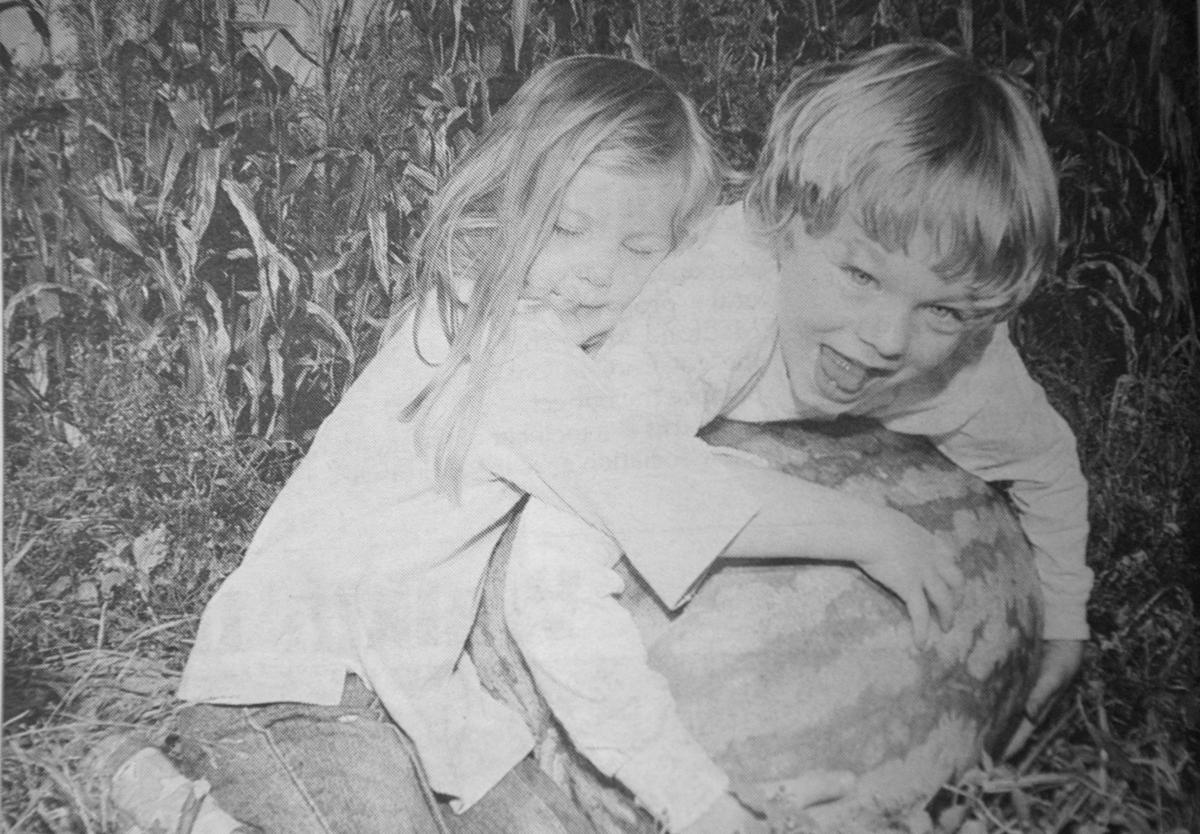 Jillian Yates hugs big brother Sam Yates while he clings onto a watermelon grown in the garden of Hattie Yates. 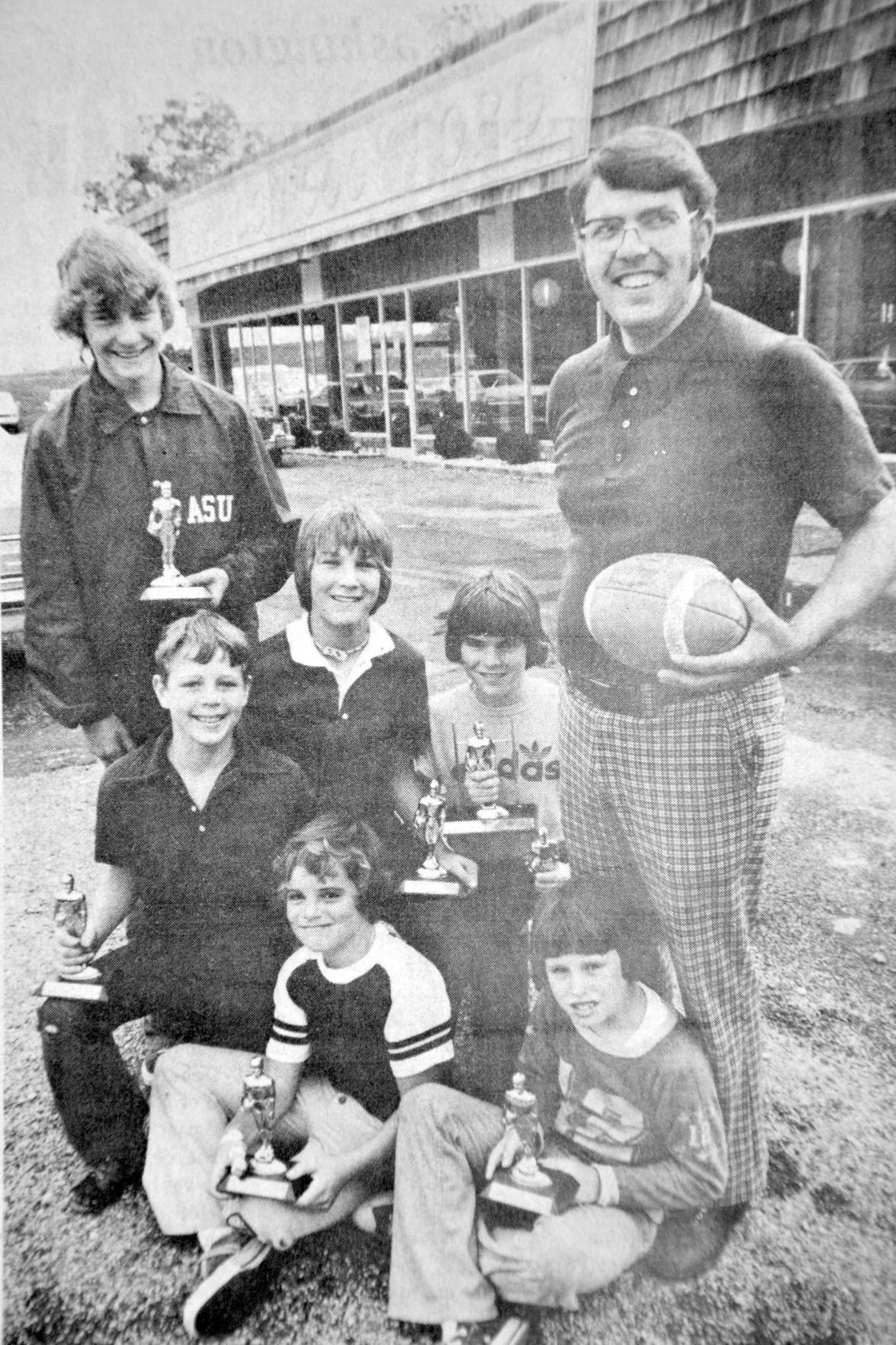 Jeff Abernathy gives his son, 3-year-old Sean Abernathy, a ride on his shoulders while playing at Chetola Resort in October 2006.

Jillian Yates hugs big brother Sam Yates while he clings onto a watermelon grown in the garden of Hattie Yates.

“North Carolina’s advisory budget commission, which includes the governor and legislative leaders, heard yesterday requests that salaries of school teachers be increased by at least 20 percent at the highway patrol be enlarged from 213 to 426 men, according to an Oct. 3, 1946, article in the Watauga Democrat.

“It was the largest general fund appropriation request in the history of the state,” according to the article.

“The requested salary increase would be in addition to the $120 a year emergency salary now paid all state employees, and if granted, would increase the starting pay of a teacher with a class-A certificate from $138.33 to $167 a month.

“Members of the state board of education pointed out that the state-supported school system is losing many teachers who are going into other employment, and that local units cannot keep them for salaries authorized by the 1945 assembly. They agreed unanimously that since teachers are on the frontline in training the new generations, that their responsibility and training should be adequately compensated for,” the article stated.

An article in the Oct. 4, 1976, Watauga Democrat discussed Watauga County 4-H members observing National 4-H Week from Oct. 3-9. Another article in the Oct. 7, 1976, Watauga Democrat talked about how the 4-H program in the Northwestern district of North Carolina was “going strong.” Watauga County’s 4H program was suspended due to funding deficits in 2015.

“Watauga County 4-H members and their adult leaders will join forces Oct. 3-9 with other youth in North Carolina and the nation to observe National 4-H Week. The theme of the special observance is ‘4-H Room to Grow,’ according to Susan Miller, assistant home economics agent,” stated the Oct. 4, 1976, article.

“The 4-Hers will rally behind the theme to show how the 4-H program has changed from an agriculture program to one that is suitable for all boys and girls regardless of place of residence. The will point out the values of 4-H as an informal, youth education program that stresses development of practical skills, leadership and citizenship, she said.”

The Oct. 7, 1976, article discussed the 4-H youth program in the 15-county Northwestern District of the N.C. Agricultural Extension Services; this included Watauga County.

“Some 18,822 or about 20 percent of the 93408 youngsters who participated in the state’s 4-H program last year reside in the district. They were enrolled in 311 community clubs and 452 special interest groups. In addition, some 15,829 area youth participated in 4-H via a nutrition education television series. Some 1,933 adults and 589 teenagers served as volunteer 4-H leaders,” according to the Oct. 7, 1976, article.

“A multi-field soccer complex was booted toward the goal Tuesday by the Watauga County Board of Commissioners,” according to an Oct. 13, 2006, article titled “Commissioners kick around Brookshire property ideas.”

“The county commissioners discussed the future of a 75-acre property on Brookshire Road during a Thursday work session. The property was purchased last year by the county for a proposed mix of recreation and industrial use, with the possibility of using a portion of the property for affordable housing. The commissioners had considered placing a youth activity center or YMCA on the site but now have proposed such a center for an 84-acre property in Perkinsville targeted as a new high school site.

“The site has room for two regulation-size soccer fields, with room for up to two more. The county’s economic development commission recommended saving room for additional commercial spaces, including those able to handle tractor-trailer traffic,” the article stated.

“Commission Chairman Jim Deal said some businesses were waiting on the county to make a decision laying out the commercial portion of the property. Deal said the commissioners needed to know what size buildings and lots were needed by interested businesses.

“The commissioners directed the administration to develop three or four commercial sites of between .8 acres and 1.8 acres on the left side of Brookshire Road,” according to the article.