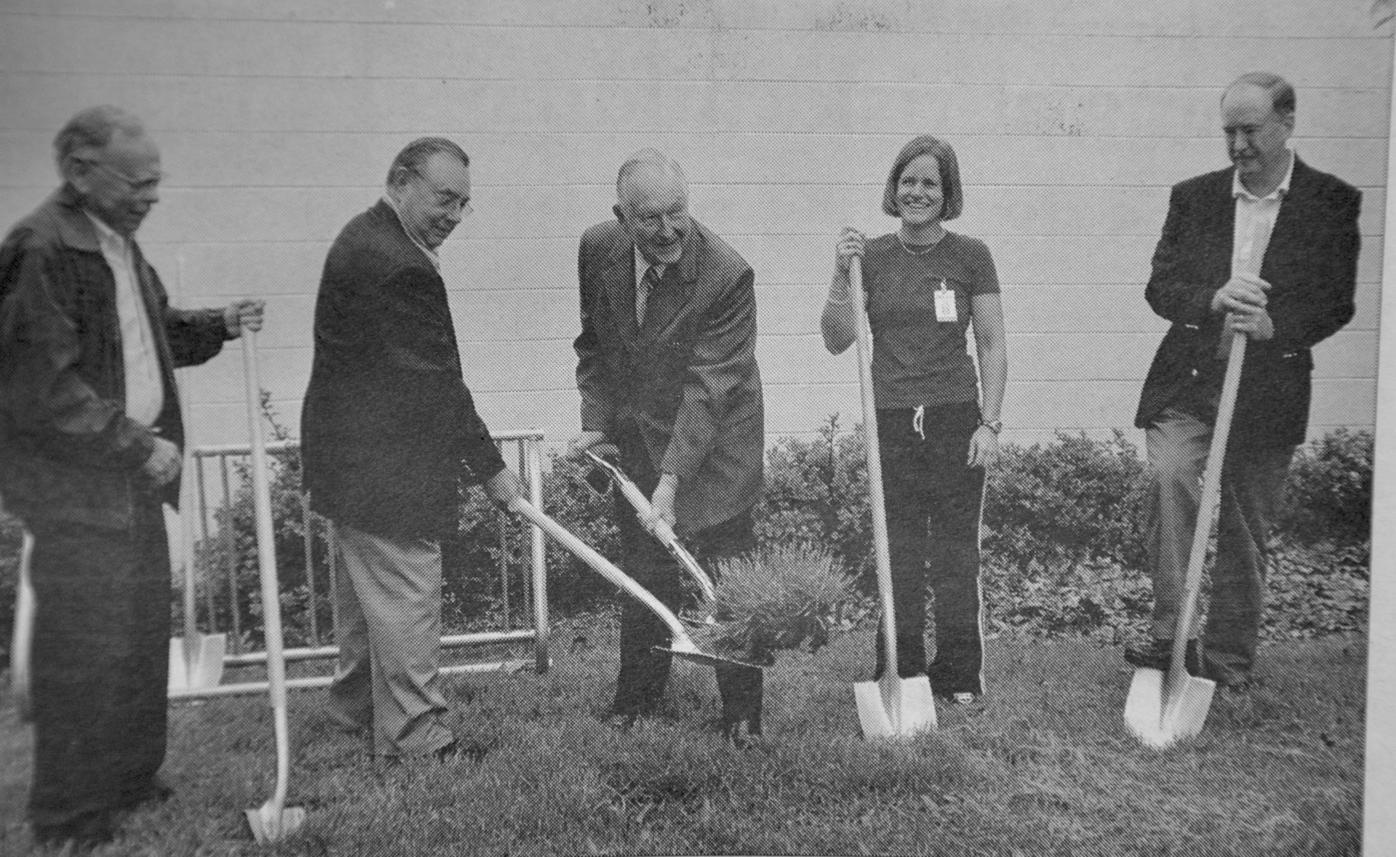 Julie Edmisten plays as an outfielder for the Boone Lumber Company t-ball team as pictured in a June 5, 1985, edition of the Watauga Democrat.

Jody Scholl (top), Jackie Tester (left) and Anita Combs (right) advertise a car wash on U.S. 421. that their church was hosting in June 1985.

The Burgess Furniture Store advertises a free ice cream scoop for the first 20 people who came to the store to look at mattresses in 1965.

Julie Edmisten plays as an outfielder for the Boone Lumber Company t-ball team as pictured in a June 5, 1985, edition of the Watauga Democrat.

Jody Scholl (top), Jackie Tester (left) and Anita Combs (right) advertise a car wash on U.S. 421. that their church was hosting in June 1985.

The Burgess Furniture Store advertises a free ice cream scoop for the first 20 people who came to the store to look at mattresses in 1965.

“With record breaking speed, Winn-Dixie has cleared the burnt remains of their former store and today at 8:30 a.m. opened a new larger and more modern supermarket. The former Winn-Dixie was destroyed by fire approximately seven weeks ago,” stated a June 10, 1965 article in the Watauga Democrat.

“This completely new and modern food center is located on the original site at Hardin Street and Blowing Rock Road. The 15,972 square feet of floor space affords this new Winn-Dixie wide, spacious aisles and sufficient display area for the more than 6,000 items offered throughout the store. Space is allocated to various departments according to their needs and customer acceptance.

The article stated that, “Officials of Winn-Dixie congratulated the many wonderful people that worked tirelessly to make the opening of this new store possible in such a short period of time. They also extended their appreciation to the many friends and customers who expressed their regrets when the former store burned and who have watched the construction of this new store with interest and anticipation.

“A valuable grand award will be given away each week during the opening celebration. These will include an RCA Stereo-Radio Console, G.E. Refrigerator-Freezer Combination and an RCA Color Television. Everyone is invited to visit Winn-Dixie’s wonderful new store and register for the many store and register for the many valuable prizes during the grant opening celebration,” according to the article.

“The building, to be located on Bamboo Road one-half mile past Bamboo airport, is for Samaritan’s Purse and World Medical Missions, two companion nonprofit organizations supported by contributions that provide emergency needs and medical help throughout the world.

“The two-story, 15,000-square-foot building will house space for executive offices, business business operations and mailing, shipping and warehouse facilities and will cost $700,000. Purchase of the land and other improvements bring the total cost of the project to $1 million. Construction is scheduled to be completed in April 1986.

“(Franklin Graham), along with Richard Furman and Lowell Furman, two surgeons in Boone, began the World Medical Mission in 1977 to recruit Christian physicians for short-term mission service throughout the world. Samaritan’s Purse began in 1968 by Bob Pierce, a missionary evangelist, who served as president and was succeeded by Graham in the late 1970s. That organization was designed to provide aid to missionaries and national pastors in the world.

“The new headquarters, which will provide room for 17 staff members — the organizations began with two — will also provide a way to serve others,” the article stated.

“Watauga County’s first new park in 20 years officially opened on Wednesday with a ribbon-cutting ceremony,” stated an article in the June 3, 2005, edition of the Watauga Democrat.

“Brookshire Park, located along the New River near the county industrial park on Brookshire Road in Boone, is open for public use, through the recreational fields won’t be utilized for county programs until fall sports season. The park cost just over a million dollars to purchase and construct.

“Commission chair Jim Deal said at the ceremony that the park was the result of cooperative efforts and commitment by a number of parties, including county management staff and members of the parks and recreation department. Deal and commissioners Billy Ralph Winkler and Winston Kinsey were on hand for the opening, as were a number of other county officials,” the article stated.

“Parks and Recreation Director Stephen Polous said a new park was ‘long past due’ because the last county park that opened was the athletic and swim complex in Boone.

“The park was purchased in 2002 with the help of a $250,000 grant from the state Parks and Recreation Trust Fund. The town of Boone also contributed $67,500 toward the purchase of the 7.4-acre property through money set aside as part of the town’s lawsuit settlement with the county over the former landfill. The total property cost was $417,000,” according to the article.