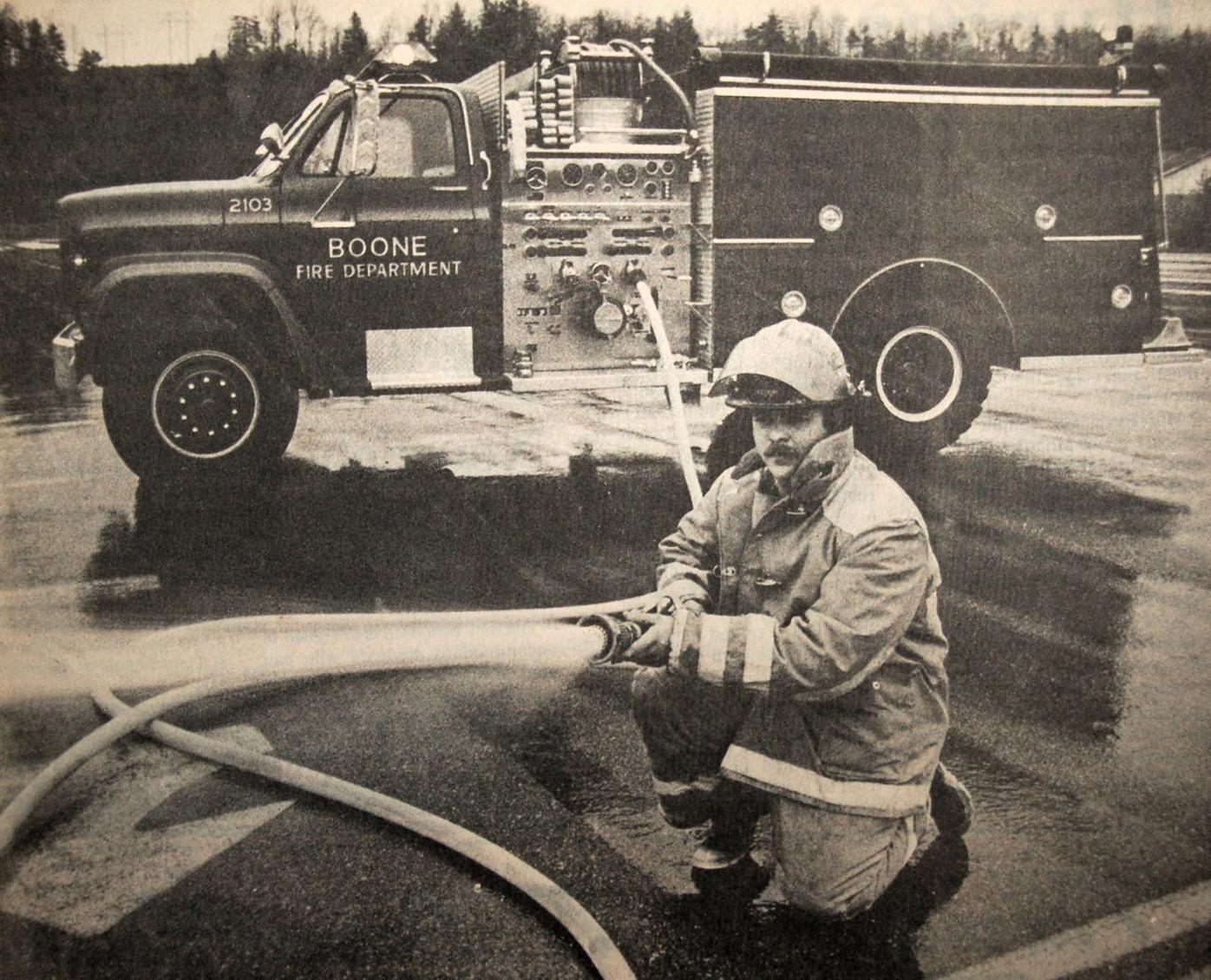 Boone fireman Jimmy Isaacs pumps water through one of the Boone Fire Department’s 1,000-gallon-per-minute pumpers, as shown in the Nov. 22, 1985, edition of the Watauga Democrat. 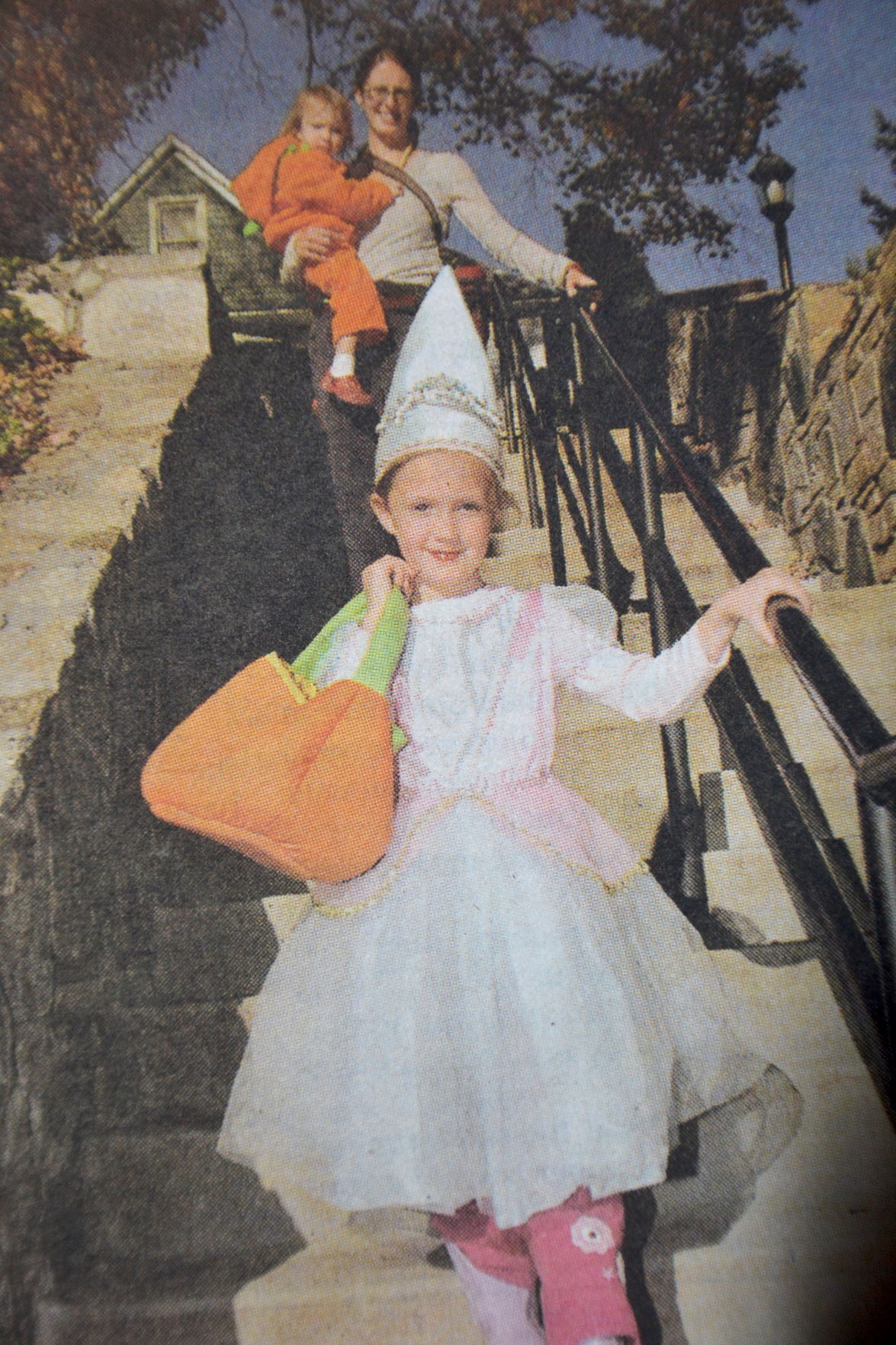 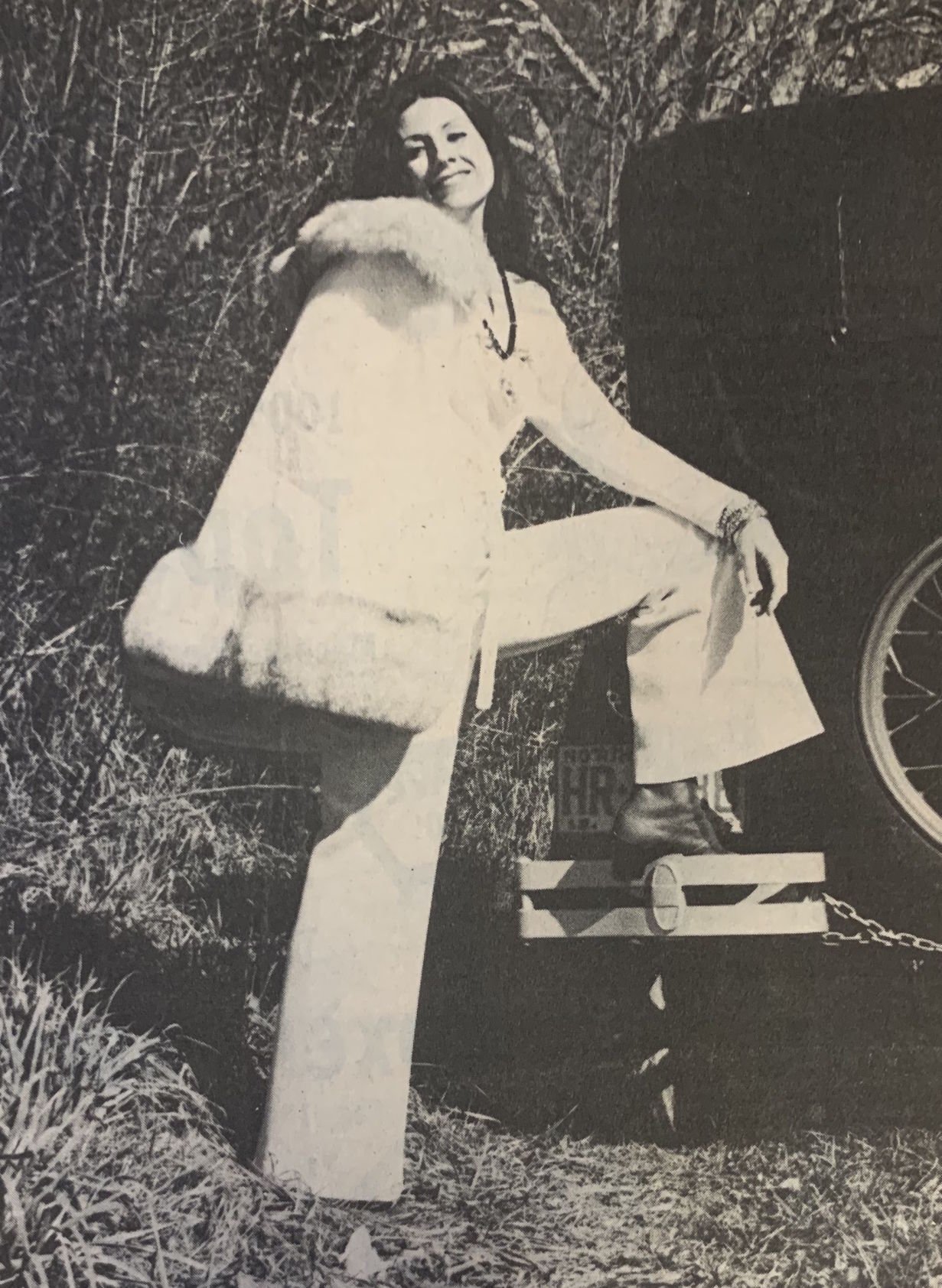 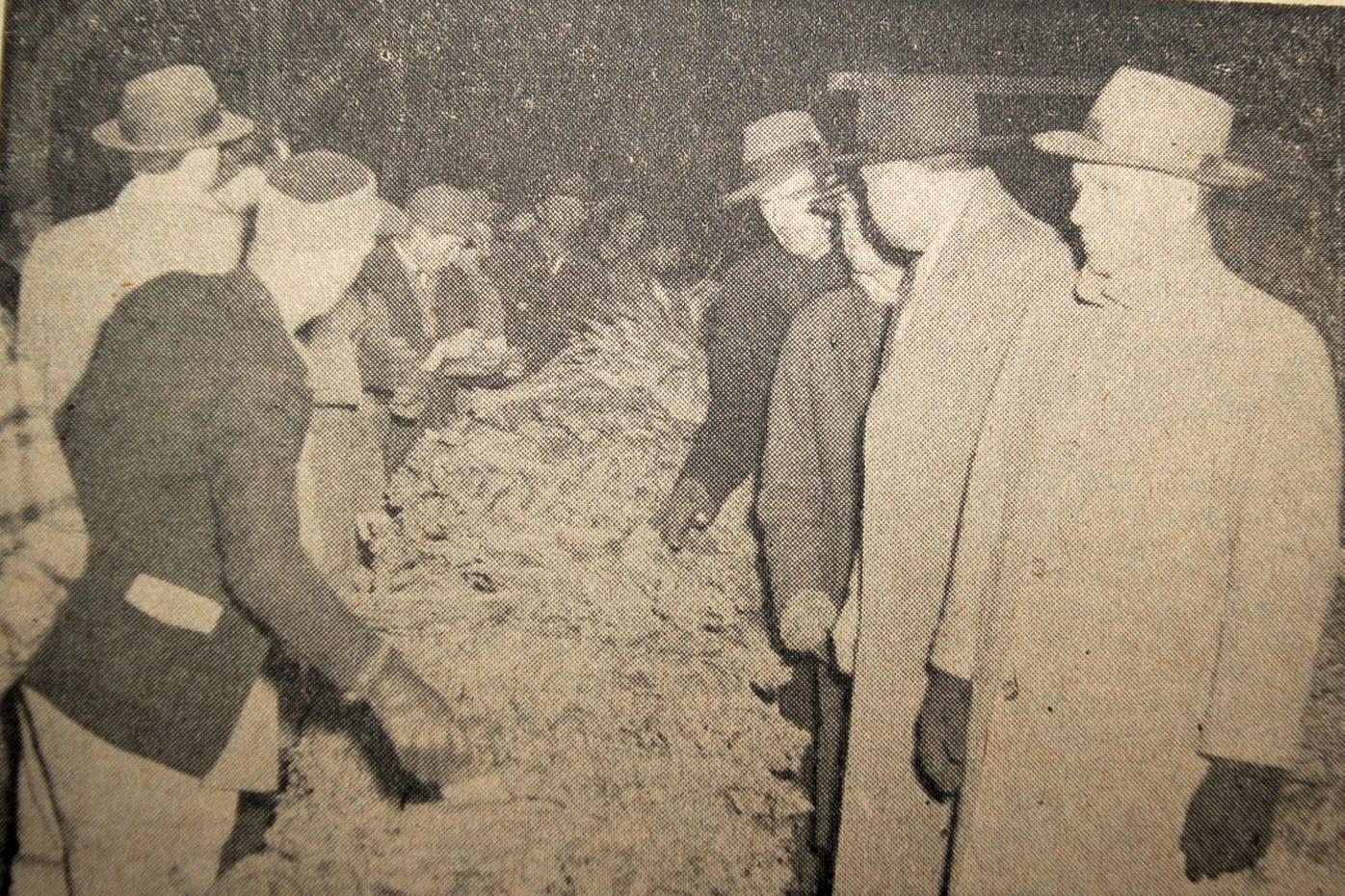 Farmers and buyers look over batches of burley tobacco during a sale, as shown in the Nov. 24, 1955, edition of the Watauga Democrat. 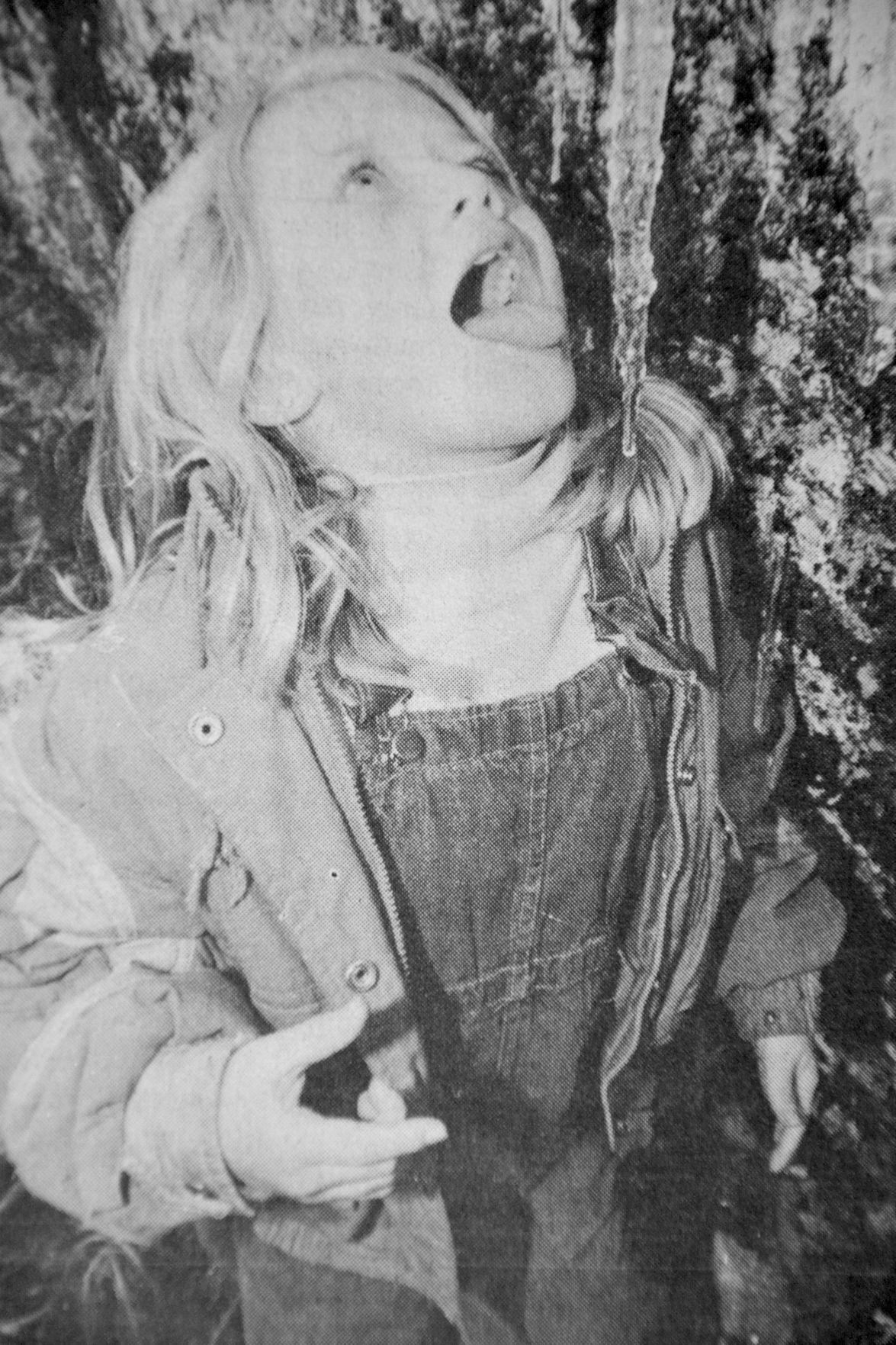 Boone fireman Jimmy Isaacs pumps water through one of the Boone Fire Department’s 1,000-gallon-per-minute pumpers, as shown in the Nov. 22, 1985, edition of the Watauga Democrat.

Farmers and buyers look over batches of burley tobacco during a sale, as shown in the Nov. 24, 1955, edition of the Watauga Democrat.

“Shouts of ‘burn demonstrators, not draft cards’ marked the departure of seven (anti-Vietnam) war protestors from Appalachian State University Friday,” according to an article in the Nov. 6, 1967, edition of the Watauga Democrat.

“The seven college-age persons, who said they were from Nashville, Tenn., identified themselves as members of the South Student Organizing Committee and said they were on a tour to communicate their ideas on peace to college university students in the South.

“After their anti-war demonstration was stamped out by chanting (and) singing ASU students, the group had a discussion with O.K. Webb, dean of student affairs, and left campus voluntarily,” the article stated.

“The five men and two women received the brunt of North Carolina’s Speaker Ban Law, which blocked a lecture and film they had planned for a campus showing that night.

“Webb told the protestors they were in violation of two provisions of the Speaker Ban: Their appearance on campus had not been approved by W.H. Plemmons, university president; and they had no campus sponsor, according to the article. “However, Webb granted them permission to set up a table in the Plemmons College Center for disbursing literature and talking to students.”

“When they began passing out material which denounced U.S. involvement in the war, several hundred ASU students began screaming at the SSOC members, grabbing all of their literature and taking the table. Cries of ‘throw them out’ ... echoed across the Mountaineer campus before the war protestors left the student center,” according to the article.

For the first time since 1900, a Republican governor was elected in North Carolina as Boone local James Holshouser edged out Democrat Hargrove (Skipper) Bowles in the race.

“I hope to keep the confidence of all those who voted for me and make this state a good governor during the next four years,” Holshouser said in a 2:40 a.m. statement celebrating his victory in a story titled “Republican Governorship was dream of Jim’s dad,” in the Nov. 9, 1972, edition of the Watauga Democrat.

The turnout in 1972 was a record 82 percent, according to an article titled “All voting records fall as Wataugans turn out in force.”

“Driving while impaired arrests by the Boone Police Department have skyrocketed since the N.C. Highway Safety Project Grant was implemented to use $69,468.23 in order to reduce drunk driving and related traffic accidents,” according to a story in a 1984 edition of the Watauga Democrat about a three-year DWI project by Boone Police.

“We’re hoping through this program to make an extensive community awareness of the DWI program and through enforcement and educating we hope to decrease the number of accidents,” said Capt. Zane Tester.

“Tester is the director of the program which also was established to check for safety belts and restraints for children.

“We have received one new automobile, one new Breathalyzer, a 16-millimeter projector and a screen for educational purposes in relation to DWI,” Tester was reported saying in the article.

“About three to five officers take part in the program, making time-and-a-half salary in overtime. They patrol about 64.1 miles of Boone roads.

“Most of the arrests for DWI in 1982-83 took place during the late night or early hours, taking many officers away from their duties in looking for drunk drivers.

“Over the past month, there have been approximately 70 arrests made for drunk driving. There are usually about 12-15 arrests made each month, Tester said.

“Our long range goals and objectives are to decrease the number of driving while impaired arrests by 10 percent,” Tester stated in the article.